Alongside being a tattoo artist with a unique style, Noel'le Longhaul is an interesting person, who identifies as a transgender individual as well as a witch. Both of these aspects of their life intersect in their intriguing art work, which, like the occult, draws its inspiration directly from nature. 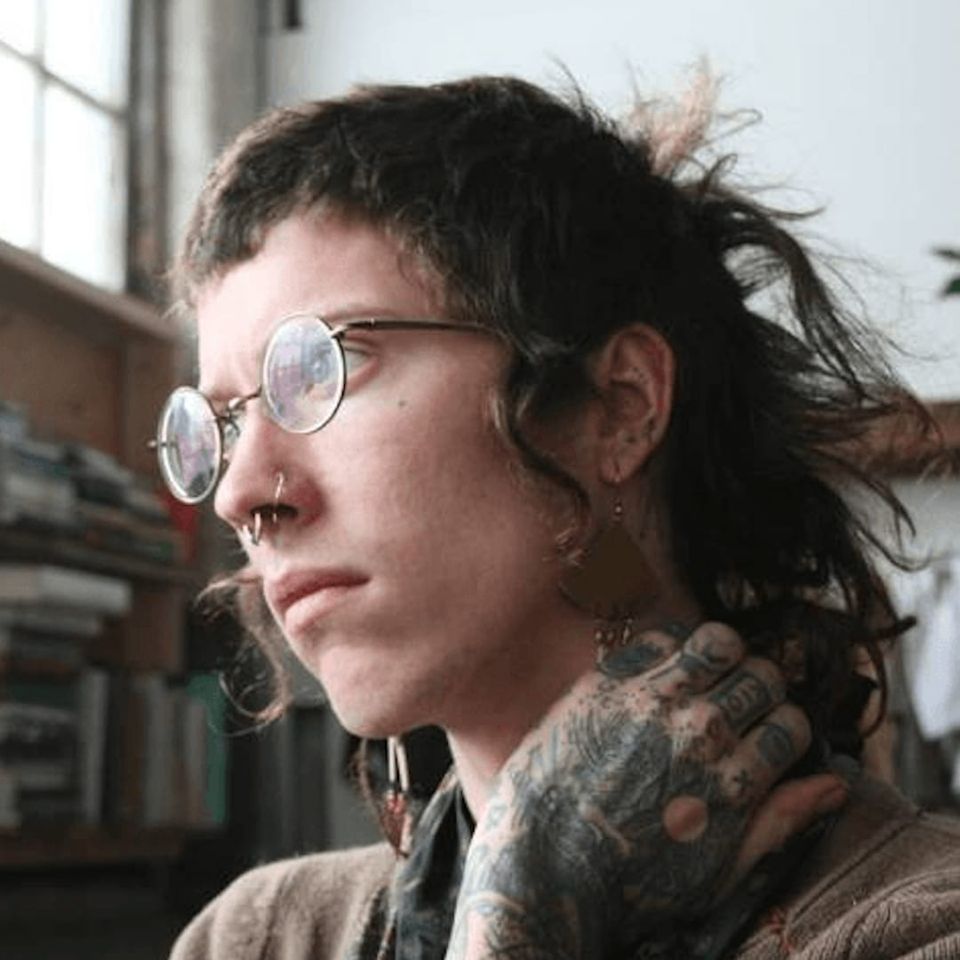 Another shot of Longhaul, this time at work with their glasses on. #blackandgrey #empowerment #LGBT #magic #nature #Noel'leLonghaul #transgender #witchcraft

Longhaul identifies as a witch for reasons that parallel their interest in tattoos. "[It] feels like both magic and tattooing are about the construction of secret hidden spaces where we can use ritual and intention to cast up this dome to inhabit a position of collaborative power," Longhaul continued. This intersection of identity politics and tattoos is not only trippy, it has real political agency as well. 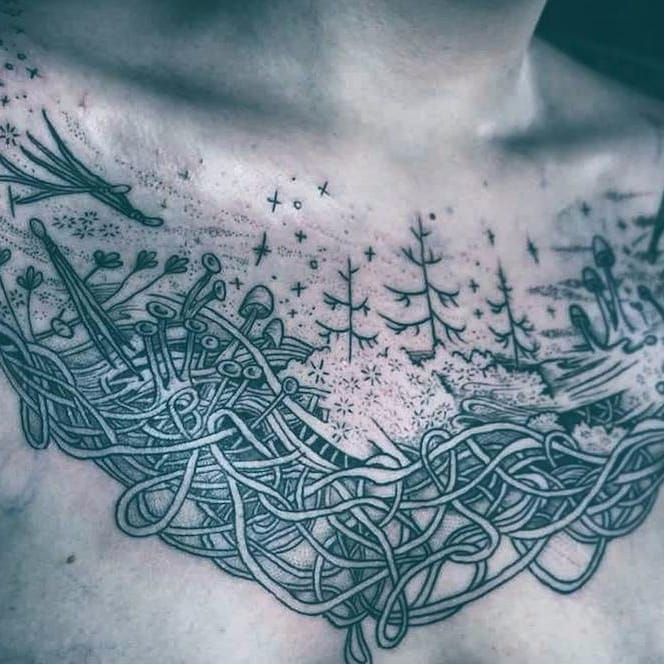 As one can infer from the image above, Longhaul's tattoo style is primarily done in black and grey with mild stippling and hatching. There is a fairytalesque element to their work that conjures up other iconic images from fine artists like Arthur Rackham, John Bauer or Edward Gorey. Few other tattoo artists have imported this enchanted aesthetic as elegantly as Longhaul in their misleadingly simple work. 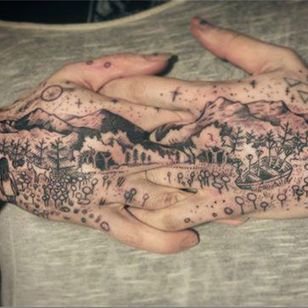 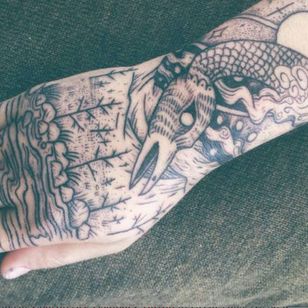 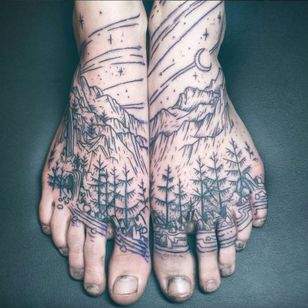 Longhaul's pieces that reside on their client's extremities, such as hand and foot tattoos, have a bewitching air to them and are highly unconventional as well. It is uncommon for artists to illustrate complex scenes like landscapes on these boney parts of the body, but Longhaul somehow captures the majesty of nature where you'd least expect it. 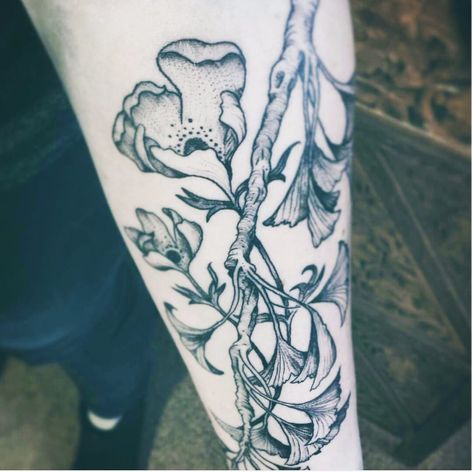 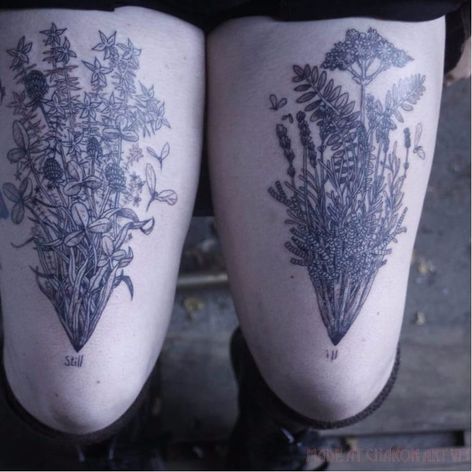 The floral tattoos that Longhaul performs are also spellbinding, almost as if taken directly from a medieval apothecary's sketchbook and transmuted onto peoples' bodies. 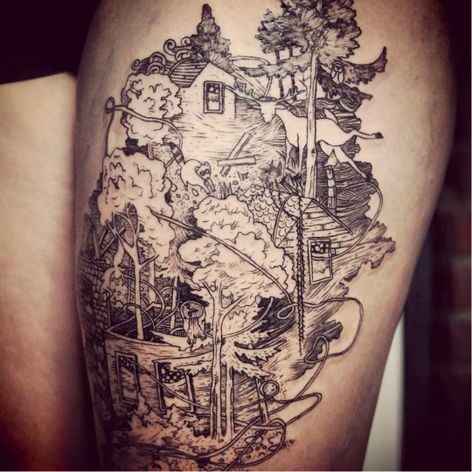 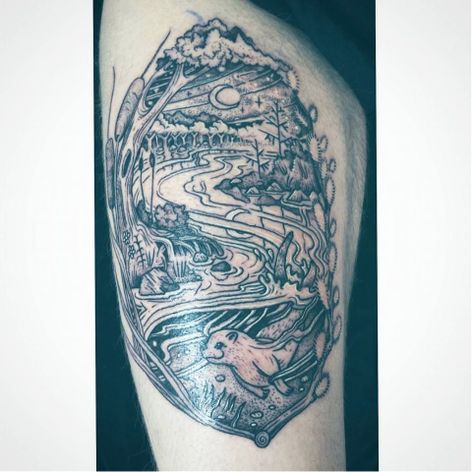 Though all of Longhaul's tattoos have their signature charm, their illustrations that feature bordered vignettes of the natural world are the most outstanding. The piece above that depicts an otter out for a night swim is an example of their work at its very best.