Castles, dragons, fairy godmothers, talking frogs, Princes and Princesses....so many things come to mind when you think of Disney. But mostly it's magic, and happiness. Through the years Disney has created some of our favorite characters, films, and stories...and to think it's been almost a century since Walt started the magnificent studio that captured our hearts! Perhaps the most well known creature to come out of the cartoons is, of course, Mickey Mouse. And as these Mickey Mouse tattoos prove, the funny little guy resonates with people all over the world, no matter their age. 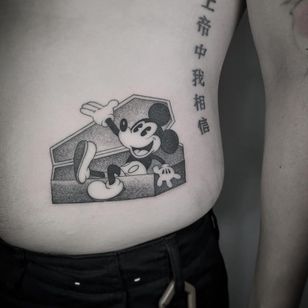 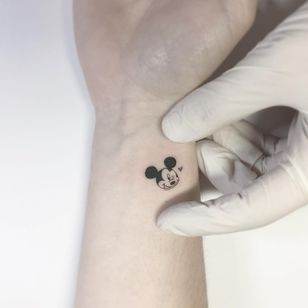 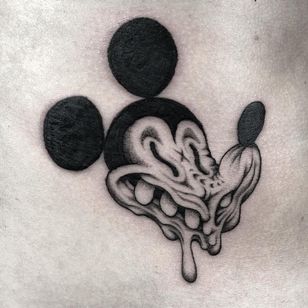 Mickey Mouse was created by Walt Disney and Ub Iwerks, his right hand man and a terrific cartoonist, animator and inventor, in 1928. He first appeared in a short called "Plane Crazy", and then made his first public debut in the cartoon "Steamboat Willy", one of the first ever animated cartoons with sound. Perhaps his most famous film presence was that of the cute lil wizard in Fantasia....but his character has changed a bunch since his first debut. Michela Bottin's Mickey Mouse tattoo actually shows the progression and transformation of the character really well! Some of these tattoos are old school, some of them are new school...regardless we know you'll love them. 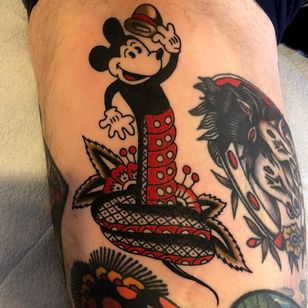 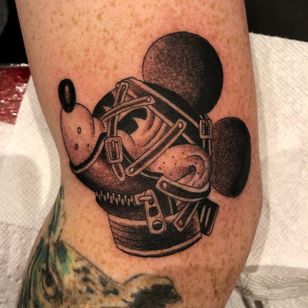 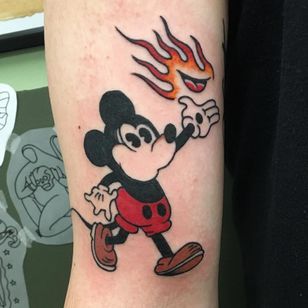 Mickey Mouse tattoos are popular because he's a character who everyone loves. He's nice, he stands up for the other little guys, he fights the villains, and even woo's the sweet Minnie Mouse and treats her with lots of love and care. Mickey Mouse is the type of character you want around to make you smile and show you all the silver linings of life. We love these Mickey Mouse tattoos, too, because they also show off the child within...the fact that some people are still in touch with that beautiful center inside their souls is super inspiring...just like these awesome Disney pieces. 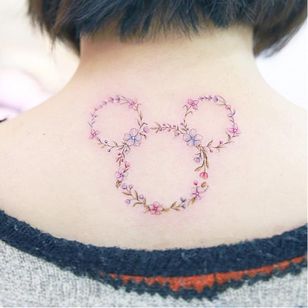 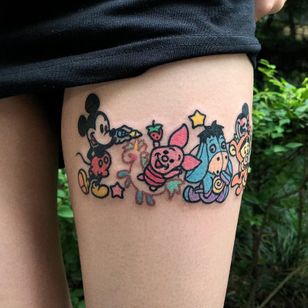 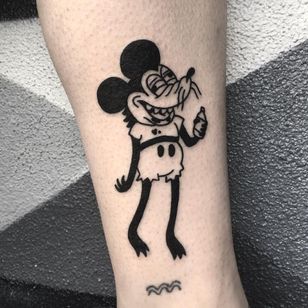 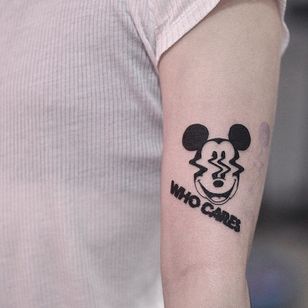 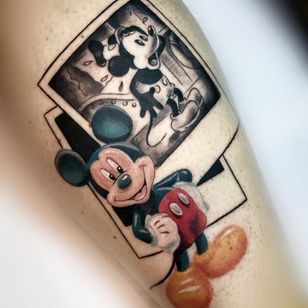 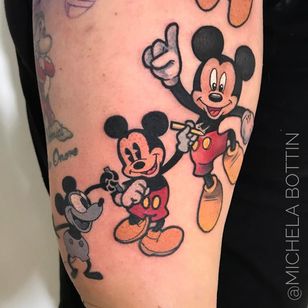