There are very few tattooists translating cubism into body art, and Peter Aurisch is at the vanguard of this rather niched portion of the industry. He has taken his appreciation for this century-old art movement straight to his clients' skin. "I'm very thankful there are people who like what I do. They travel around the world just to get a tattoo," he exclaims in The World Atlas of Tattoo. "I used to call them lovers because they can see the same things that I see in my works." 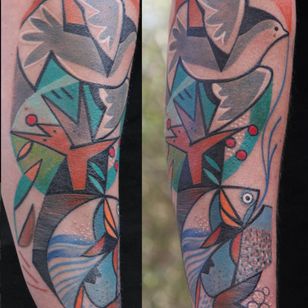 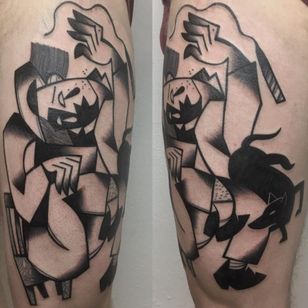 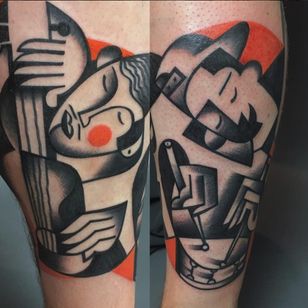 Aurisch uses bold linework and bright color palettes, just like in good old-fashion traditional tattoos, as well as silhouettes, a method commonly employed in blackwork to achieve this particular look. Through the combination of these methods and a natural genius for creating elaborate and extremely dynamic designs, he captures the essence of the originators of this striking and abstracted take on the dimensions of reality. 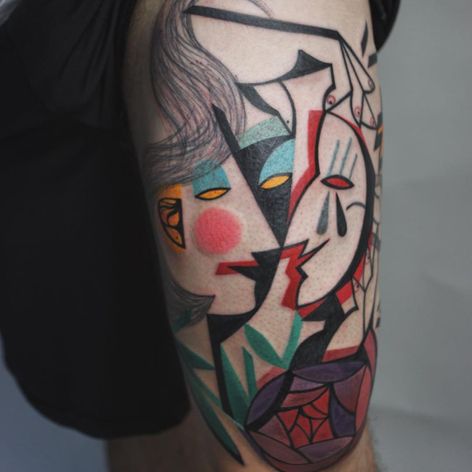 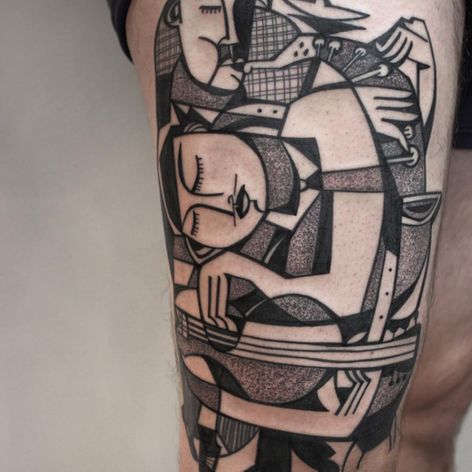 One can see a multitude of influence from 20th century visual artists in Aurisch's tattoos. Some of his pieces have the distinctly aesthetic of Pablo Picasso's paintings, while others hint toward the work of less well-know figures from this artistic lineage, such as Fernand Léger's portraits or Albert Gleizes cityscapes. One can see his reverence for these innovative painters from the past in the quality of his work. Though he borrows from their work, he does it in a way that does their legacy justice. By importing cubism into the world of tattoos, he has honored these masters. The spirit of their groundbreaking work now resides on 21st century individuals' bodies. 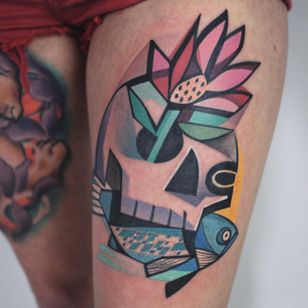 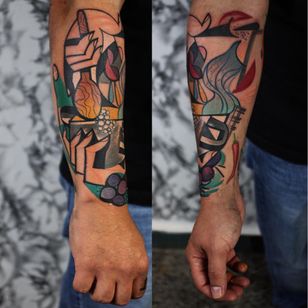 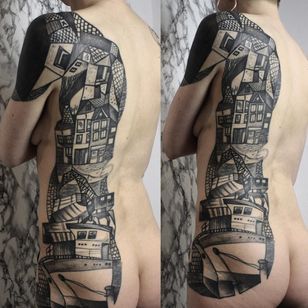 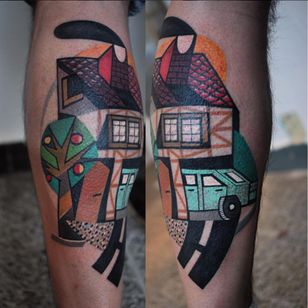 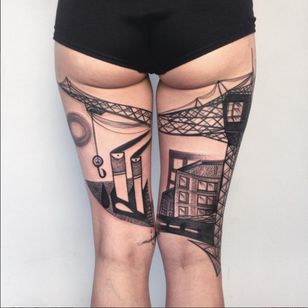 If you'd like to get lost in more of Aurisch's cubist masterpieces, then find your way to his Instagram or should you want one of his incredible tattoos, just know that he is in high demand on a worldwide scale and only takes one client a day. Please read the directions on his website carefully before reaching out. If he decides to work with you, he'll give you the address to his private studio.