Step into the world of cybernetic surrealist Anna, also known as Pom Determinism. Using visual components to question the conceptual and philosophical world, Anna uses art to express the echoes of ethereal ideas. Reaching out to the universe with hands outstretched, her tattoos express a liberated psychosis of 90’s Microsoft aesthetics that probe the underlying systems of society. In this interview, Pom Determinism expresses hopes, dreams, theories and axioms. 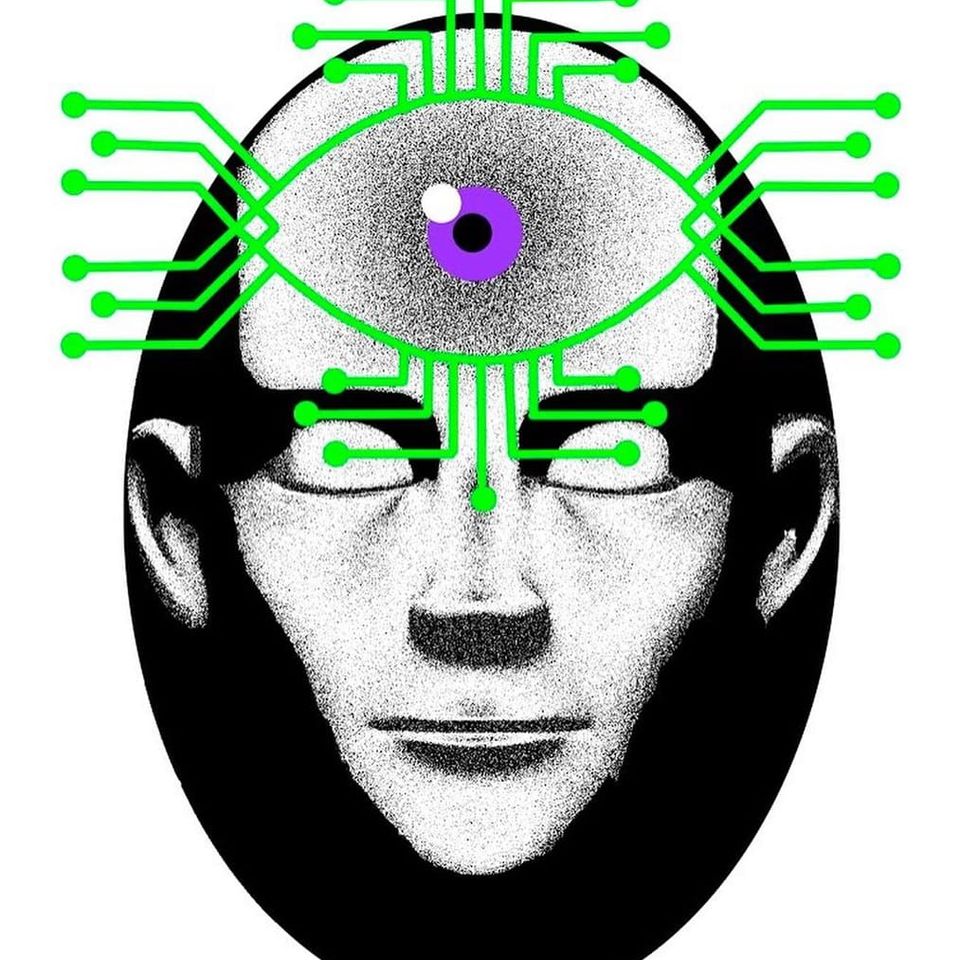 The third eye of humanity from the metaphysical subconscious moved to virtual reality. Our judgments and speculations form the Internet, providing us with the illusion of controlling actions and the illusion of choosing the most objective information. We form an idea of ​​a person based on his social and network status, but we do not think that the creators of Internet images have the ability to program the public consciousness, since virtual reality is completely synthetic. #Anna #PomDeterminism #handpoketattoo #handpoke #stickandpoke #cyberpunk #cyber #surrealism #linework #dotwork #strange #weird #unique #philosophy

Can you introduce yourself a bit? Where you’re from, when you started creating art, etc.? 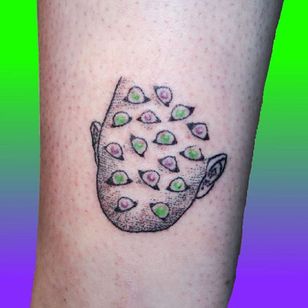 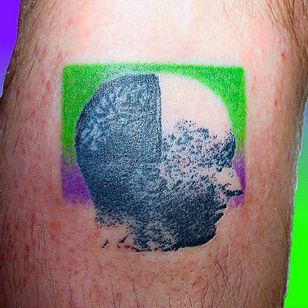 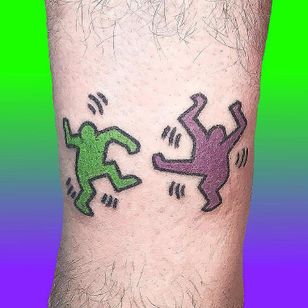 ...now, I don’t believe there are people who can’t draw.

So, I was born in Moscow but, to be honest, I’m not even a bit nostalgic about this city. I’d completed a paramedic’s degree there, then started to hitchhike here and there. Then I travelled to Crimea, which I always had imagined like post-Soviet California. I used to hang around with skaters and garage musicians, and there I met a punk who handpoked his friends and himself. 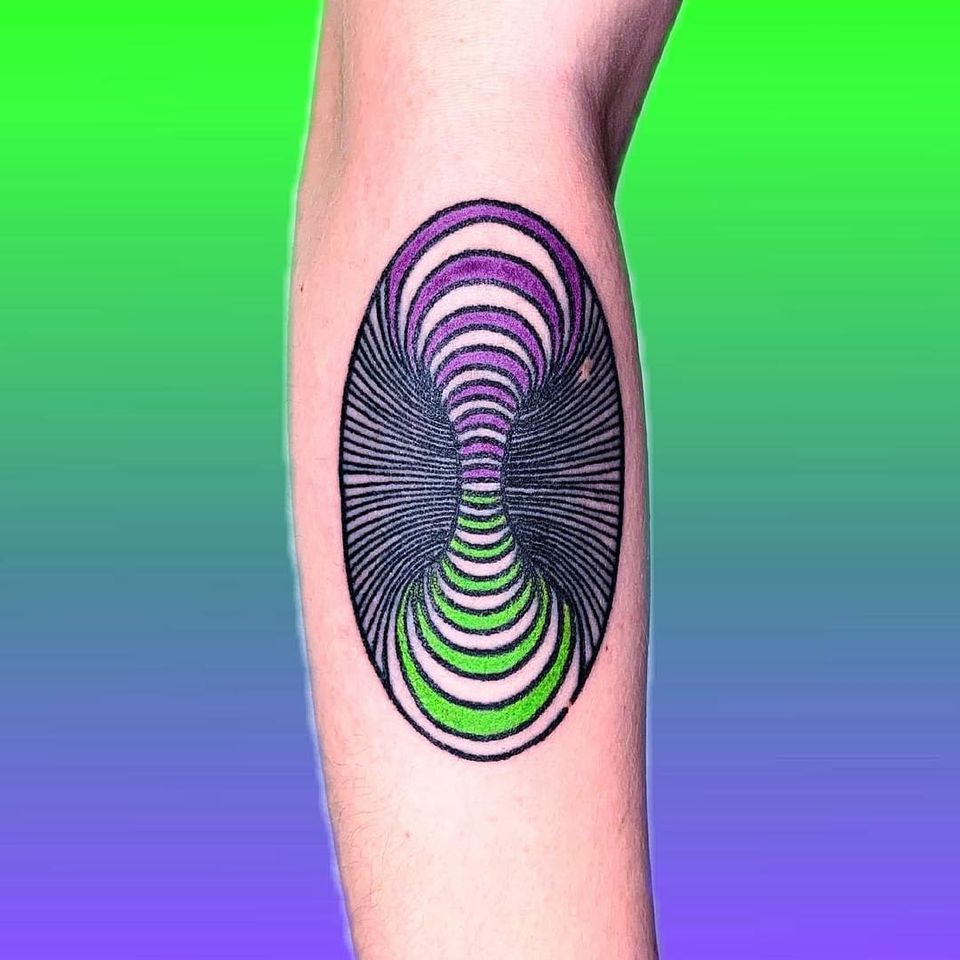 Hypothetical situation: You have 30 days left to live. What would you do, and where would you go before you die? 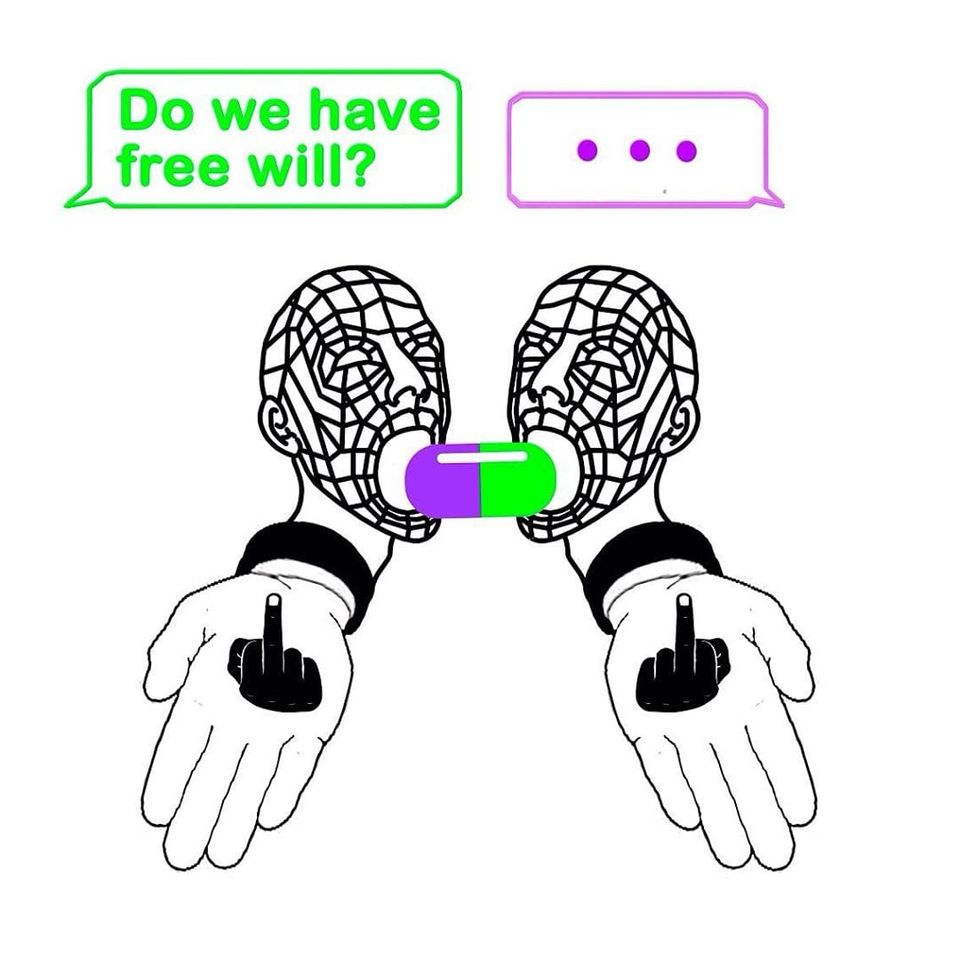 Do we have free will? Are you sure that the decisions taken by you are so independent and so independent? How do you know that the future is not predetermined, and that there really were alternatives to the choice? Could we make any other choice at all, given the environmental conditions - the situation, the environment, people, genetics? Has your choice been made at the time of the big bang, and everything is just developing according to the set scenario, and the future is only one, and there are no alternative ones? What if we are just agents of the program that executes the code, and the blue and red pill is just an illusion of a choice that has already been made for us? #Anna #PomDeterminism #handpoketattoo #handpoke #stickandpoke #cyberpunk #cyber #surrealism #linework #dotwork #strange #weird #unique #philosophy

I love that your work blends surrealism and important politics. Can you talk more about the concepts behind your visuals? What is your philosophy or mission as an artist? 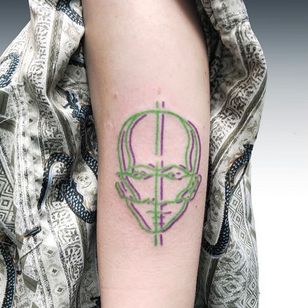 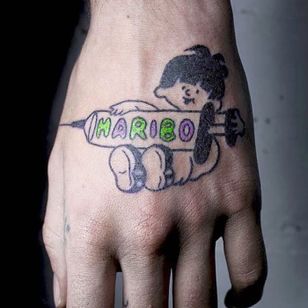 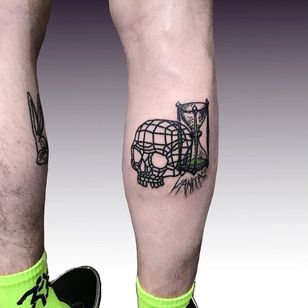 Happiness is being replaced by material values in this world, and it scares me.

I always thought that creativity is about the artist’s personal issues incarnation and his disconnection to the world. As it occurs to me, the two main problems the modern world has are the cult of consumption and the Internet. Happiness is being replaced by material values in this world, and it scares me. Everybody knows that if you want things to be fine, you have to earn a lot. But why? If your income grows, your consuming activity grows as well. And, to be sure, advertising takes care to make you believe that you buy not soda, but genuine happiness. At the same time, we live with a sense of our absolute superiority, surrounded by intelligent machines, but the further progress goes, the more stupid people become, because advertising easily sells us anything just by adding sexual undertones, and our most basic instincts take over our consciousness if possible. And why are we so proud of the freedom of choice? Maybe because there is just no confidence in its presence, but the popular culture is trying that hard to convince us of the opposite in order to maintain the demand for useless things? 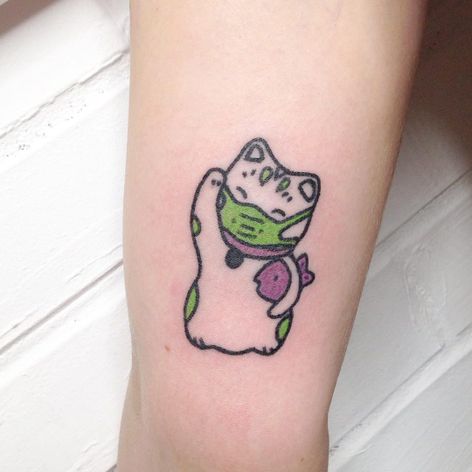 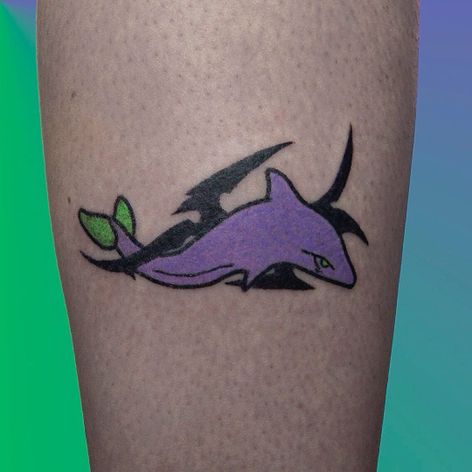 Year after year, freedom of choice of virtual information is also being more and more accurately calculated by sophisticated algorithms, and targeting is configured more precisely, thanks to the voluntary flow of personal info...to feed your ego through likes and views that create a new virtual hierarchy in the non-existent world of social networks. 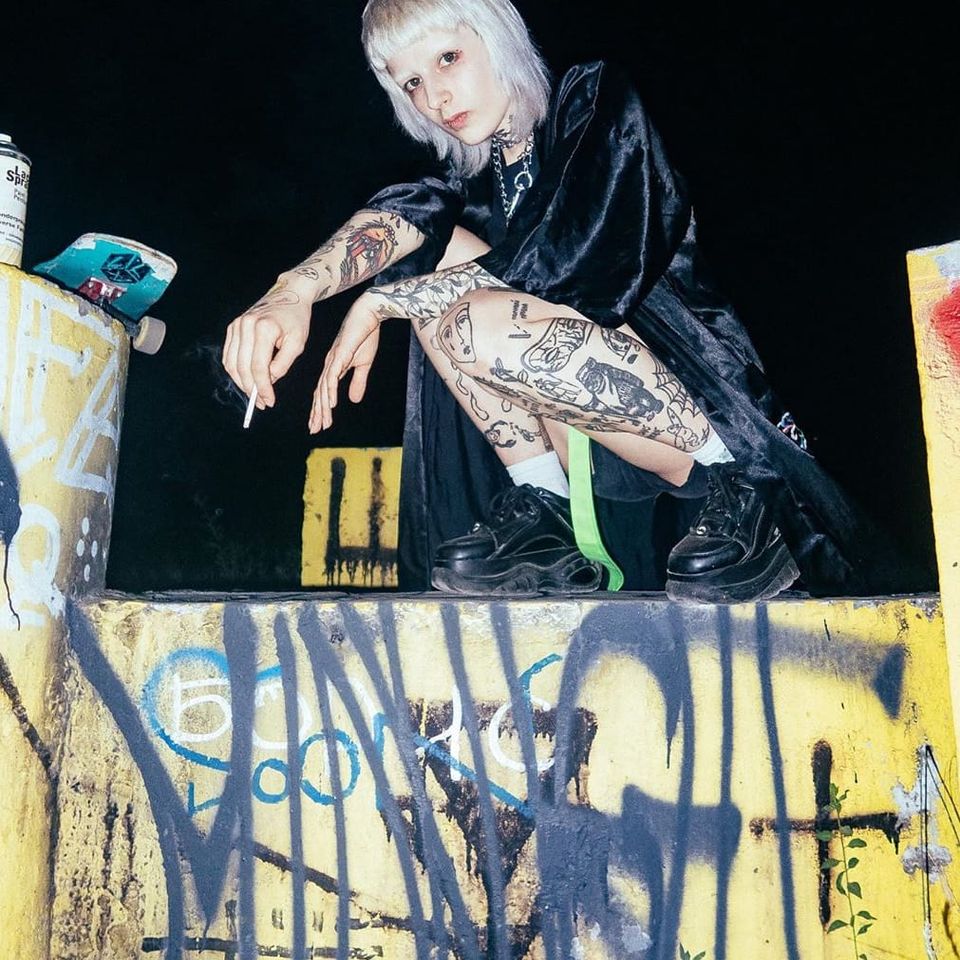 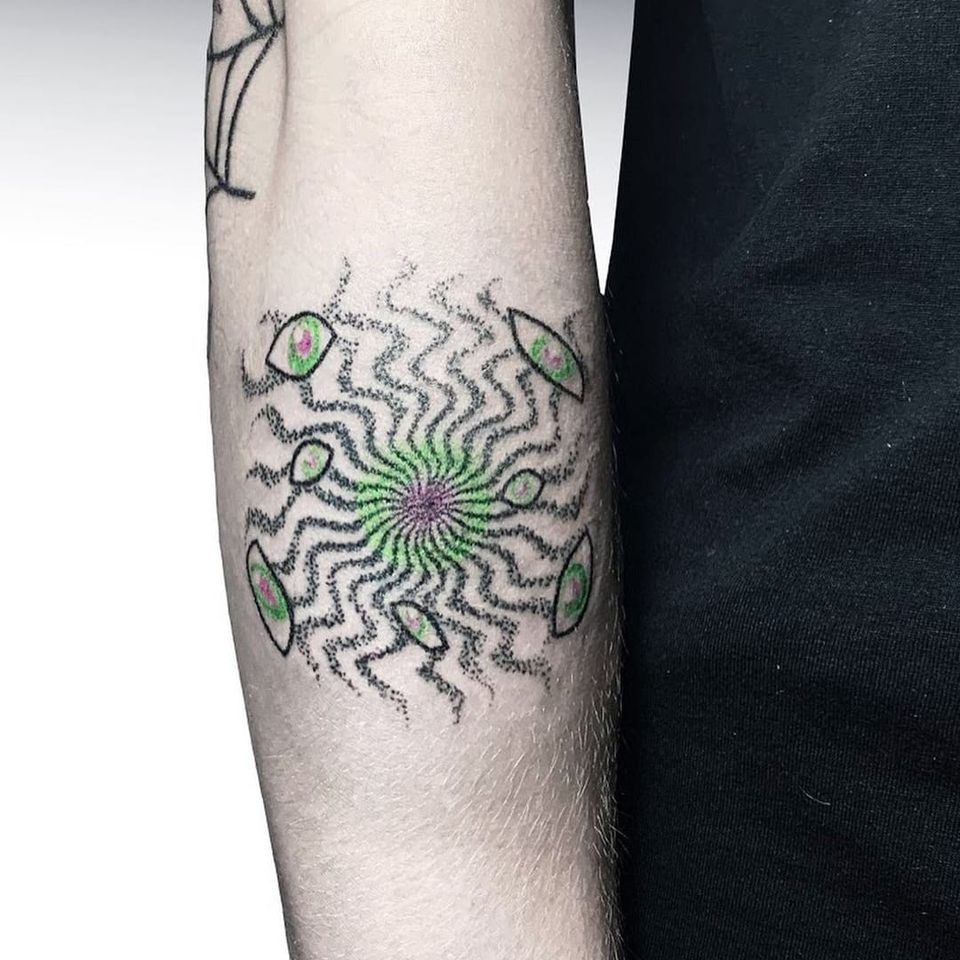 What has your experience been like traveling all around Russia, Ukraine, and more, tattooing? What is it like being so heavily tattooed, and what is the art scene producing in that part of the world? 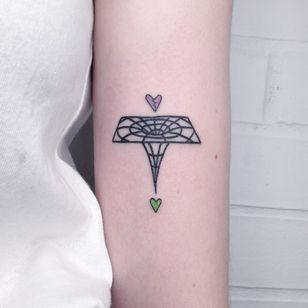 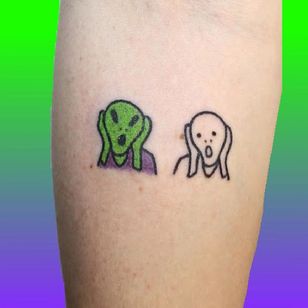 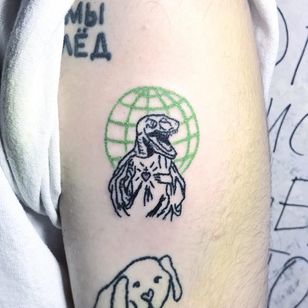 ...I like it when I manage to break stereotypes.

In the post-Soviet countries, a person with tattoos was persistently associated with the criminal world, because before the criminal tattoo there actually was no culture of tattoos at all. If in other countries tattoos comes from ethnic tribes, or, for example, from seafarers, and usually is associated with something positive, we here have a very negative attitude to tattooed people. I constantly attract judgmental views and comments about my appearance in the streets. But I like it when I manage to break stereotypes. Say, when I hitchhike or when I just recently visited a psychotherapist. The first reaction of an average person is: if there are this many tattoos on you, it definitely means you're a prostitute/drug addict/originating from a bad family. The psychotherapist immediately asked about the tattoos, and due to the fact I didn’t clearly pronounce the word “millenial” she, for some reason, concluded I don’t read books at all. And I read them, and my family is fine. By the end of the conversation, people often change their minds. I like it when it happens, but the total mass will keep its conservative opinion. 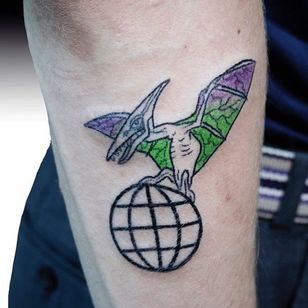 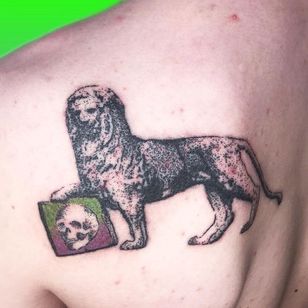 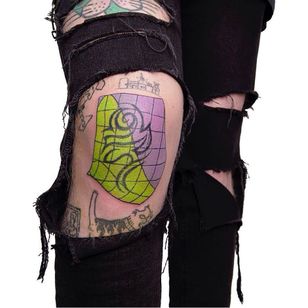 I love Ukraine, as people here struggle to escape away from their bad emotional baggage and look into the future. Unlike the Russians, with their cult of power and fear, the Ukrainians have always valued freedom and fought for independence. And now, here, against the revolution and war in the background, there is a real rise of the underground culture, Kiev is usually called “the new Berlin”. There are the most insane raves, the most known – Сxema («Scheme»). 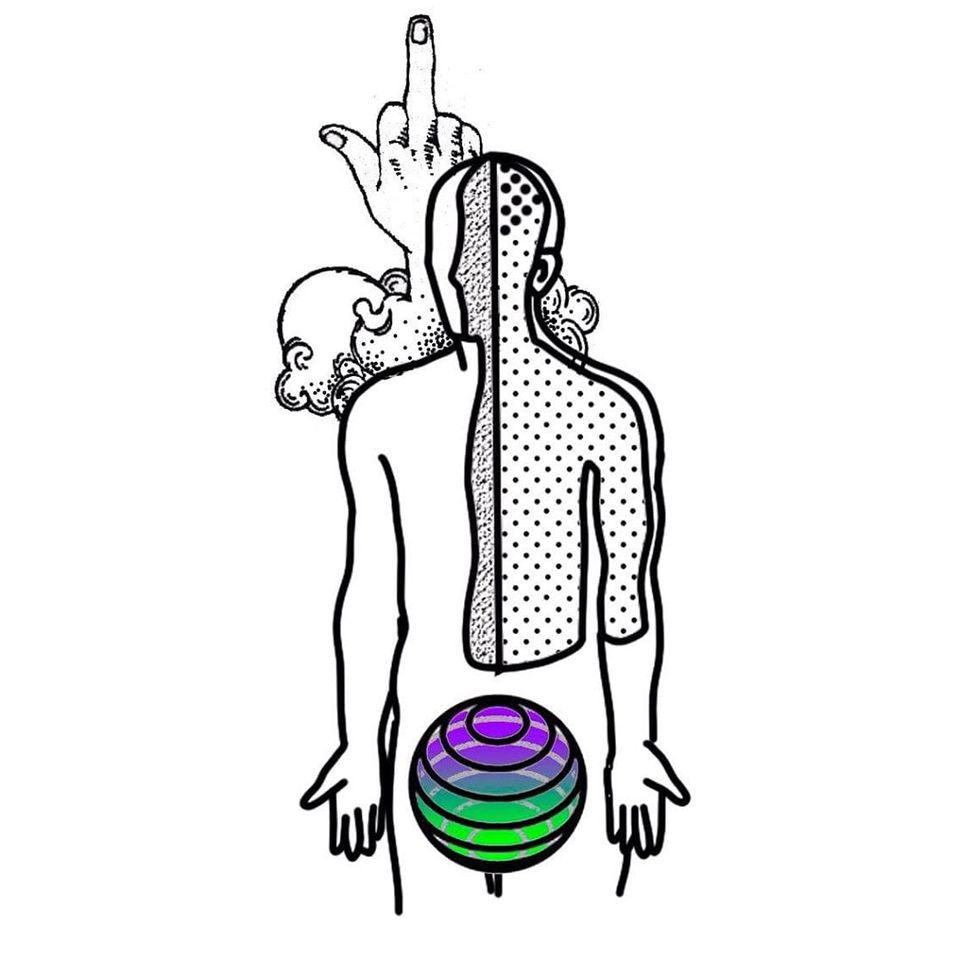 In our era of consumption, we think less and less about what our inner world is. Love now is not an interest in knowing the mysterious consciousness hidden in another being, it is rather a commodity exchange of a set of qualities and services that we can offer to the market of relationships. As a result, we get something like loneliness together or a banal satisfaction of animal needs. People have forgotten about the intangible benefactors who made us people, and love also passed into the category of consumer goods. #Anna #PomDeterminism #handpoketattoo #handpoke #stickandpoke #cyberpunk #cyber #surrealism #linework #dotwork #strange #weird #unique #philosophy

You’re also a fashion model! Is that completely separate from tattooing, or do the two art forms ever merge? Beyond art and tattoos, what are you really passionate about? 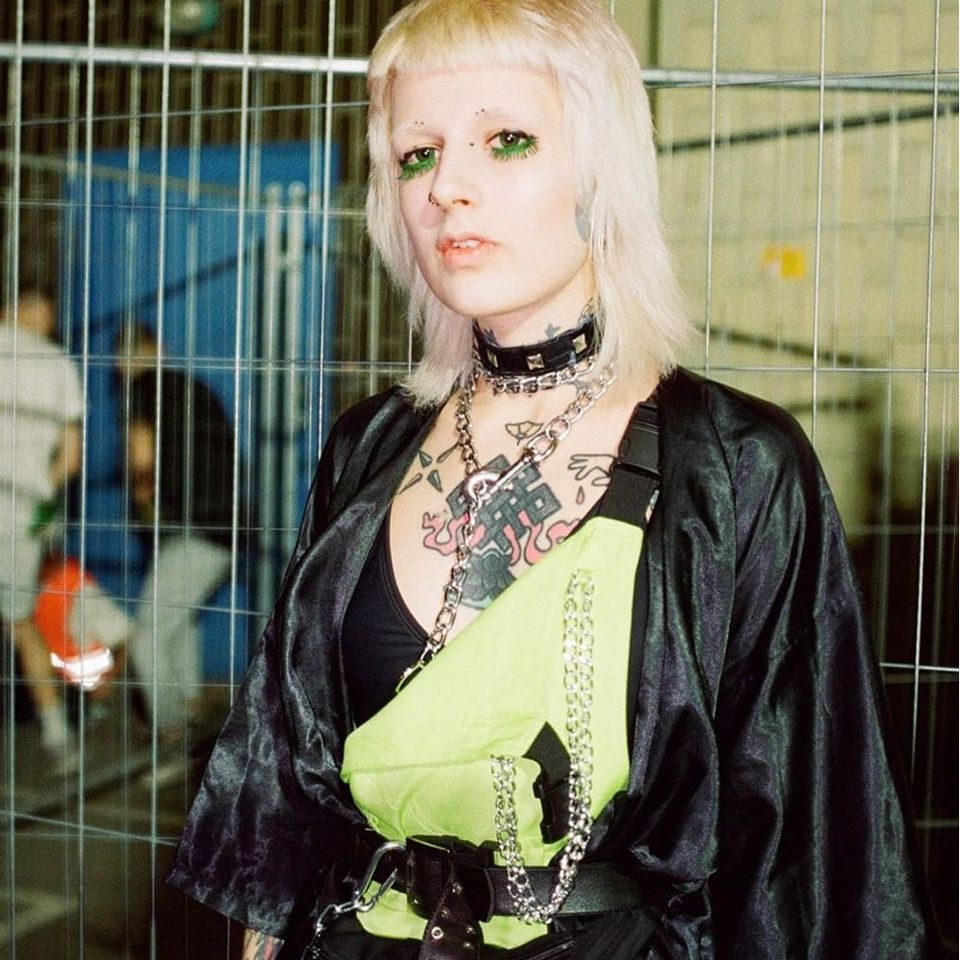 ...the idea of conceptual tattooing...which can, and should, deal with relevant social issues and eternal philosophical questions.

Do you have any travel plans, projects, collabs, merch, etc. coming up that you’d like to share? Any hopes for this year or the next? 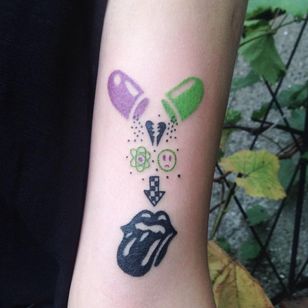 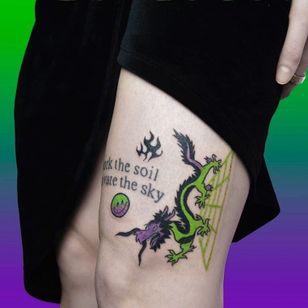 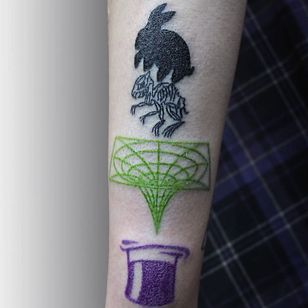