We love it when tattoos blur the boundary between body art and fine art, because it helps elevate them to the stature that we believe they truly deserve. Paweł Indulski is a tattooist that straddles the divide between tattoos and other art forms such as sculpture and painting. He uses pointillism to create breathtaking illustrations of figures that take after timeless greats from the world of art, such as Michelangelo's "David" or Frida Kahlo's self-portraits for example. Have a look at this selection of his tattoos that almost appear as if they were done during the Renaissance instead of the 21st century. 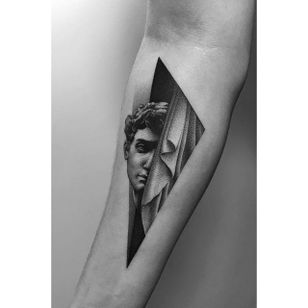 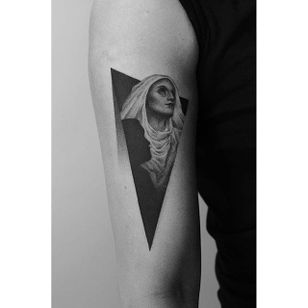 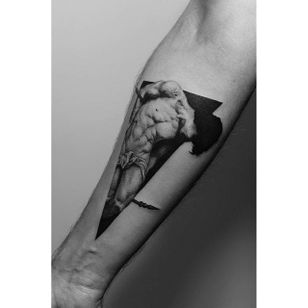 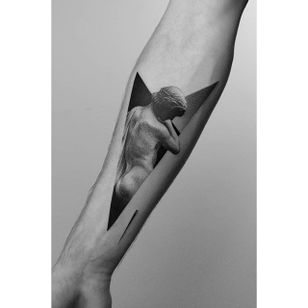 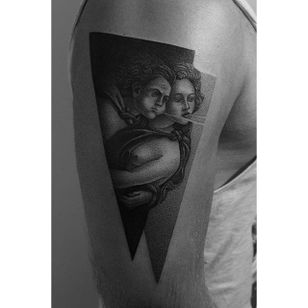 If taking a gander at Indulski's body of work makes you feel like your in the Louvre more so than in a tattoo parlor, it probably should. Many of his pieces are almost exact replicas of famous paintings and sculptures. For instance, the figure full of arrows by him looks incredibly similar to "The Martyrdom of Saint Sebastian" by Il Sodoma, which dates back all the way to 1525. 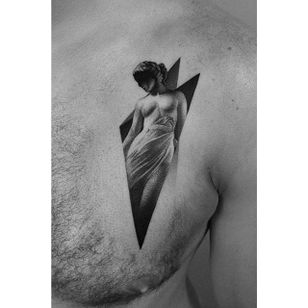 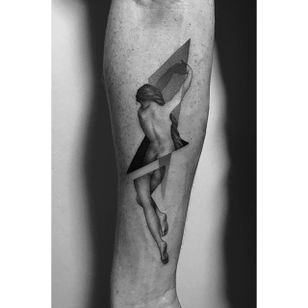 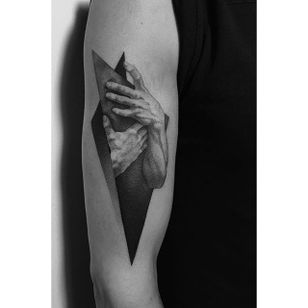 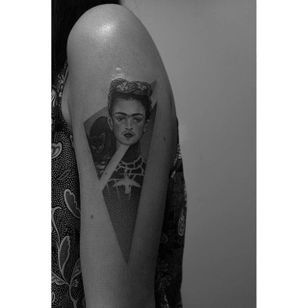 Pointillism, which almost seems like it was invented for tattoo machines, enables Indulski to recreate the aesthetic of motifs in classical art with stunning accuracy. The exquisite details of each of these pieces attest to his precision as a tattooist. It's amazing how his use of varying degrees dotwork can create a statuesque or painting-like appearance, depending of the degree of saturation that he employs. Though his tattoos take after fine art, it is notable how he makes sure to give them a more contemporary edge by stylizing with geometric backgrounds, a technique that interestingly has closer ties to tattooing than other art forms. 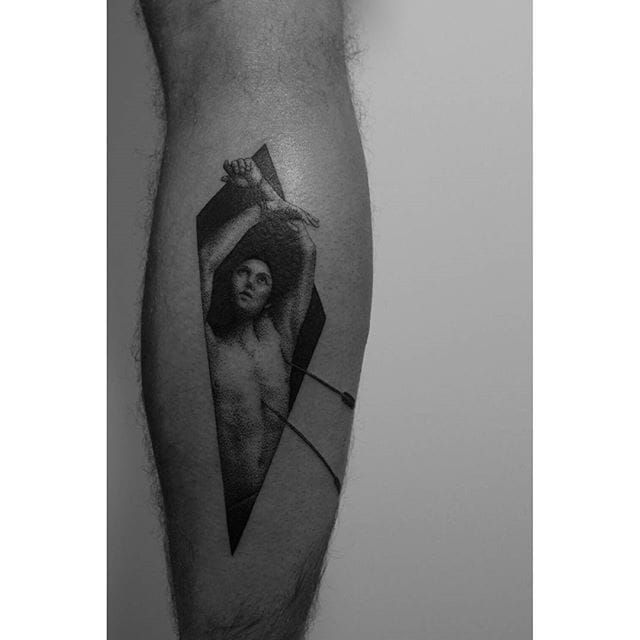 Should you be interested in perusing more of Indulski's fine art, stop by his Instagram. It's quite the gallery. He tattoos at Holy Mary in Warsaw, Poland if you want to seek him out for a sculptural or painting-like piece of body art for yourself.