Living up to the phrase ‘Tattoos are more than just ink on skin’, Meschi is using the power of tattoos to express his own beliefs and to make a difference. Living in the small Sardinian town of Bosa, sculptor and ecological writer Alfredo Meschi is very much your typical 50 year old...except for the fact that he has 40,000 tattoos covering his body inked in devotion to veganism. A vegan activist, Meschi chose to dedicate his body to the cause and decorated it with 40,000 cross tattoos as a reflection of the number of animals killed for food every second. 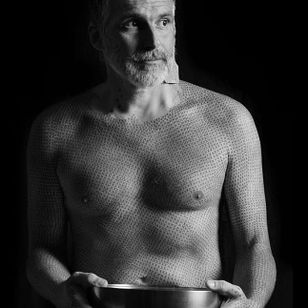 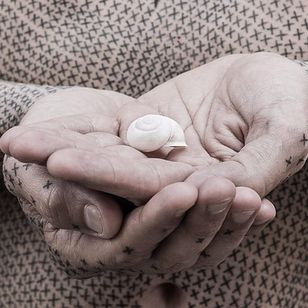 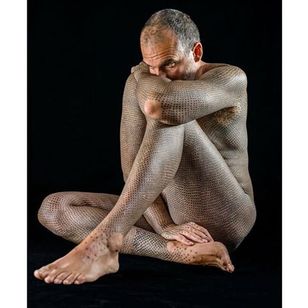 Coming from a family of fishermen and hunters, Meschi wasn’t brought up a vegan. It was only later in life that he decided to live first as a vegetarian, and then moved to full vegan using his body as a “permanent performance piece, a political manifesto” for animal liberation. The cross tattoos that adorn the majority of Meschi's body took roughly a year to complete and are part of what Meschi calls 'Artivism'. In line with his philosophy, all his tattoos were created with vegan ink, as well as all the products used to clean, tattoo, disinfect and heal the skin were all vegan and cruelty-free. 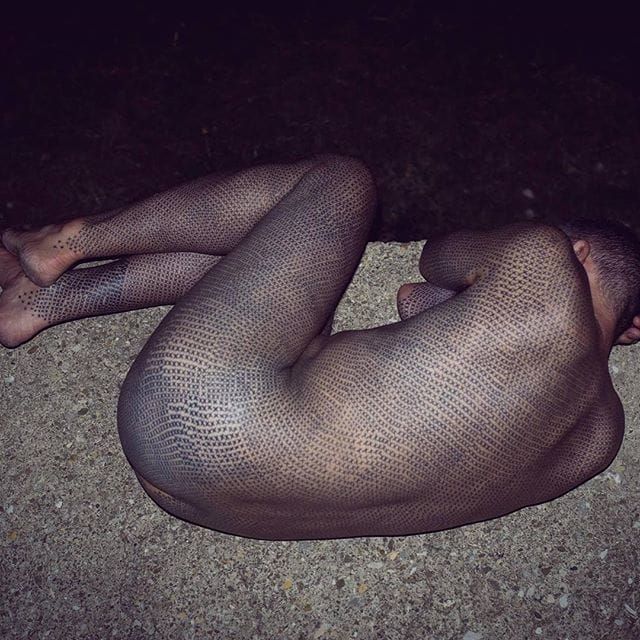 Would you commit to such a life changing cause? #vegan #veganink #animals #veganism #political #AlfredoMeschi

The black colored crosses that cover Meschi's body symbolize 'Project X' and were chosen for their own symbolism; “I chose the ‘X’ because it’s a 'checkmark', a neutral symbol that we use when we are finished with something, counting something, or killing 'something'." Meschi dedicated his life to spreading the word about Project X, and for him the tattoos are an opportunity to raise awareness about his cause and to start a conversation. 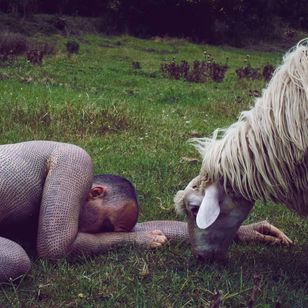 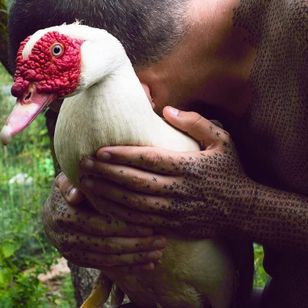 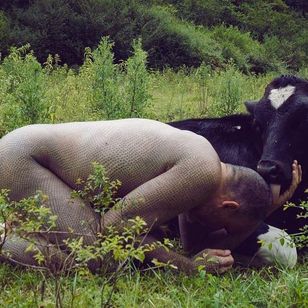 Inspired and dedicated to anti-speciesism, a philosophy where the main concept is that man has no more rights than any other animal, Meschi chose to carry its philosophy and message on his skin and used tattooing to achieve his goal. The permanent nature of tattoos is what drew Mechi to the art form, but it was also the political connotations and sense of commitment that comes with having a tattoo. 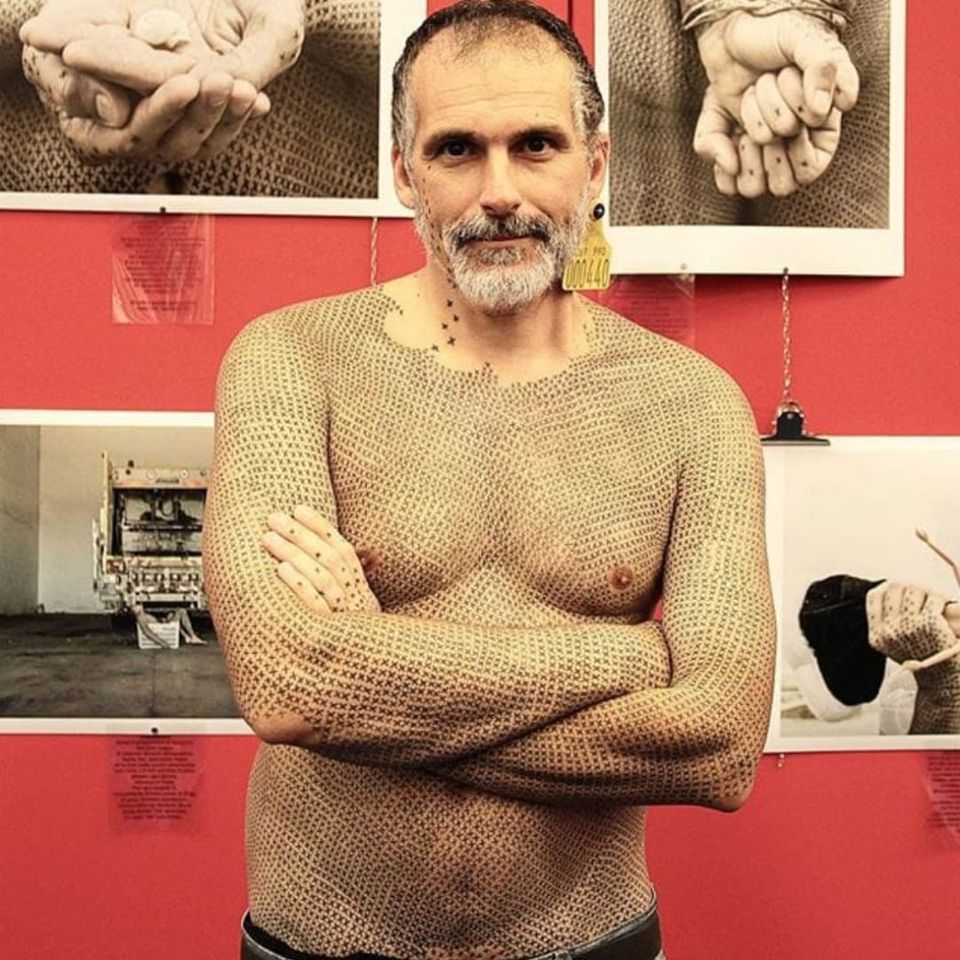 Even though it is important for Meschi to highlight that he isn’t trying to convince people to copy his actions, but rather raise awareness about his cause, he is proud to have inspired other people to become artivist's themselves; some tattooing Xs on their bodies, starting animal liberation projects just like his own or just choosing to live a vegan lifestyle, which is his aim and hope with the project. He is a walking, talking embodiment of Veganism, and it is his tattoos that have helped contribute to the power of his beliefs. Of course, the journey Meschi has embarked on has not been easy, with even his own family questioning his decision to wear his beliefs through his vegan tattoos. 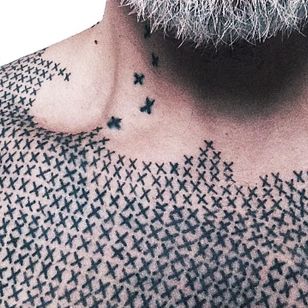 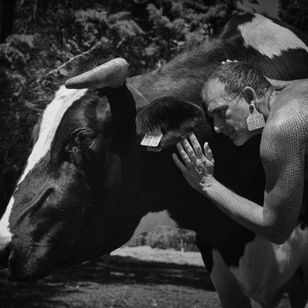 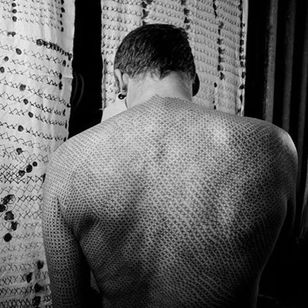 The cross tattoos that cover Meschi's body may be eye catching, but they are also a message to the world, and a rather beautiful one at that. Proving that tattoos can be much more than just a simple visual image, these pieces can be used to make a difference. Meschi is an inspiring person and someone we can all learn from. Be sure to check out Meschi and show him some appreciation of your own. And if you're interested in more vegan tattoos, we have tons of inspo just for you! Anything that helps the environment, supports our love for animals, and has deep meaning is something we can totally get behind! 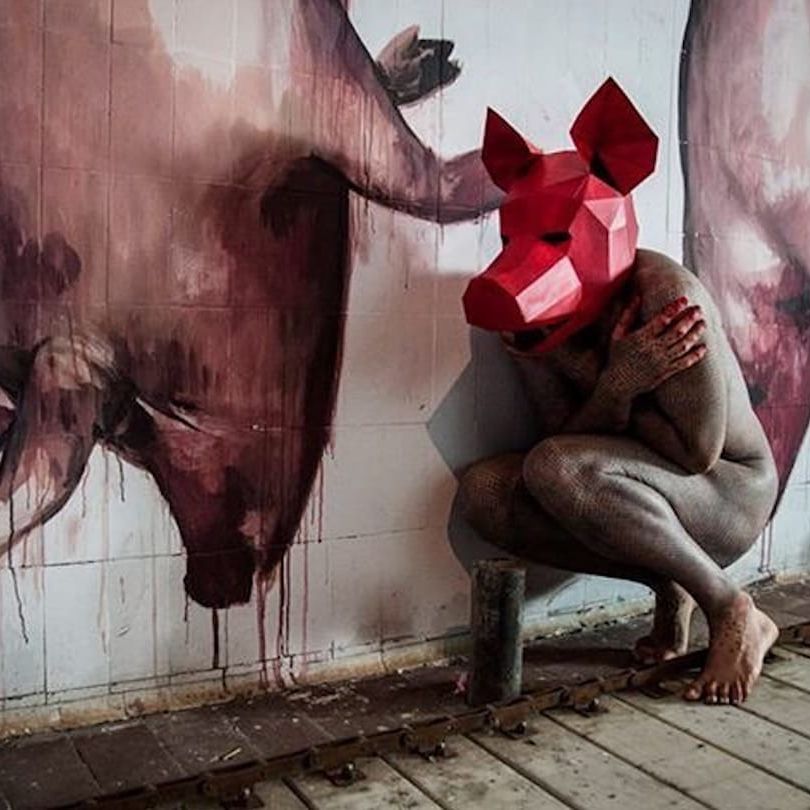