Ash Higham's animal portraits are astoundingly detailed. He's able to capture the natural dispositions of the creatures that they feature. Whether they are gentle or vicious, his black and grey tattoos bring out and accentuate the qualities that nature has already imbued in birds and beasts. What's more is that he sometimes adds in exciting doses of color to contrast his already awesome images from the animal kingdom. 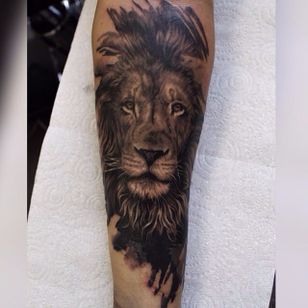 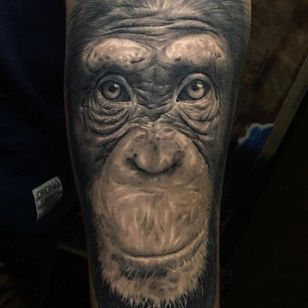 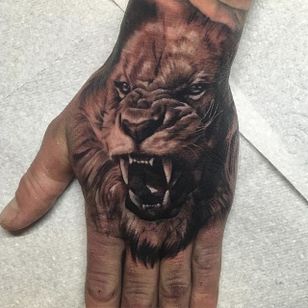 Higham's busts of animals are some of his most solid work. The lion tattoos — one calm and noble, that other incensed and fearsome —demonstrate his ability to depict the wide range of expressions that such beasts capable of emoting. 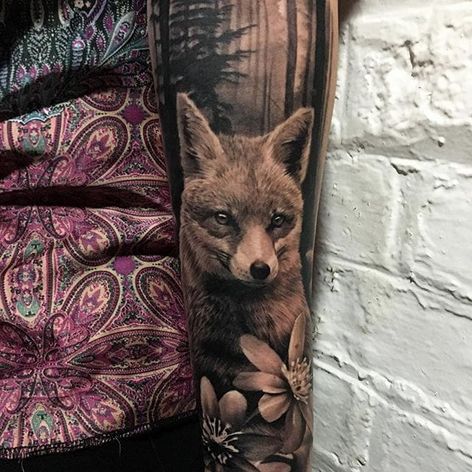 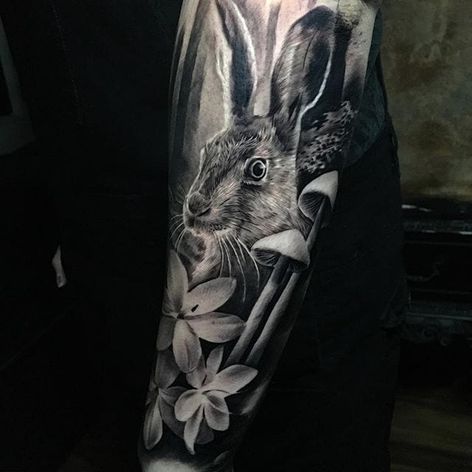 While his creature heads are excellent, the black and grey animal portraits that are backgrounded by natural environments such as forests are even more impressive because of how immersive they feel. They allow us a glimpse into the ecology surrounding each of the portraits, creating the experience of a landscape alongside the stunningly realistic depictions of animals like foxes and jackrabbits. 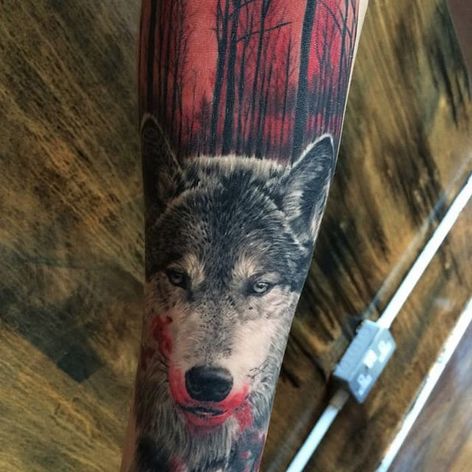 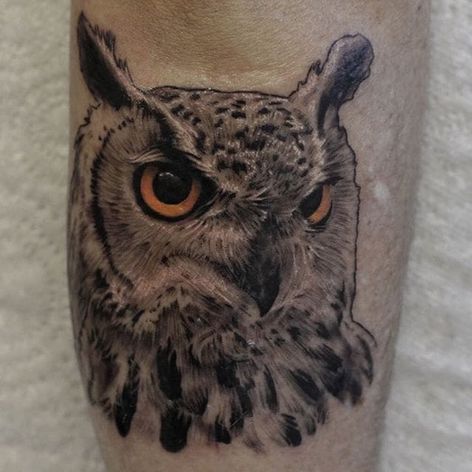 One of the coolest techniques that Higham brings into the black and grey realist style is that of sparse yet heavy color saturation. For example, the orange of the owls' eyes give them an intense glow, and the red in the portrait of the wolf not only creates the appearance of blood on its jowls but also visually fills the air with its smell. 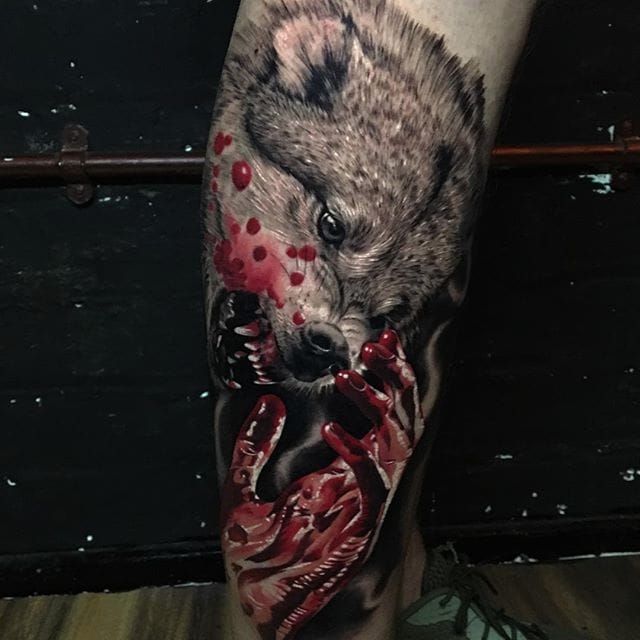 The color contrasting in this tattoo by Ash Higham (IG—ashhighamtattoos) brings out the violence of the scene. #animals #AshHigham #blood #blackandgrey #color #hand #realism #wolf

Lastly, the Higham tattoos that bring in human imagery into contact with their animal counterparts are some of his most compelling because of the more complex meanings that they communicate. For example, the dramatic contrasting between the fleshy red and the black and grey of the snarling canine accentuates the violence of his version of the feeder's bitten hand. Also the surreal juxtaposition between a fox's head and soldier's body in the piece pushes the boundaries of what animal portraiture can symbolize. 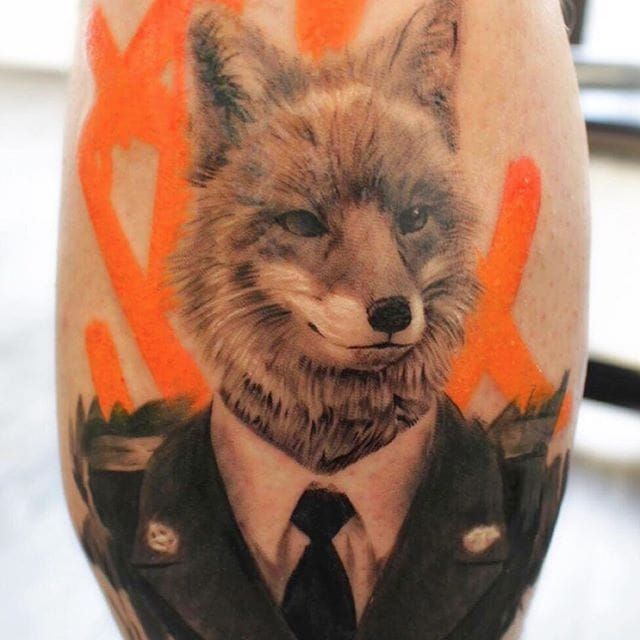 We hope you enjoyed checking out Higham's pristine animal portraits. If you want to see more of his portfolio, follow him on Instagram. Also, he works at Rapture Tattoo in Manchester, UK, so if you're thereabouts, consider reaching out to him for your own astounding animal portrait.