We have found the perfect tattooist for those of you who that love to live in the middle ground between reality and fantasy. Mumia specializes in darkly hued black and grey realism and works primarily in dreamlike, or even nightmarish, imagery. This combination of his lifelike style and strange subject matter results in mystifying and moving pieces of body art. Though all of his work has a rather enchanting aesthetic, we decided to put together a few of his pieces that incorporate architectural features into their bizarre designs. Prepare to be amazed by this sample of his stunning tattoos. 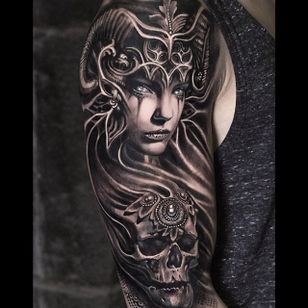 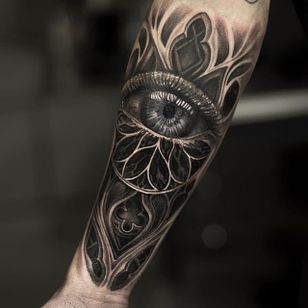 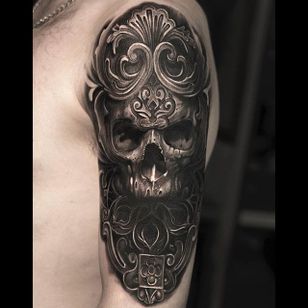 Each one of Mumia's tattoos is simply masterful. The only thing more uncanny than their iconography is how pristine they are. Through their perfection, his work illustrates just how haunting and powerful a darker approach to black and grey tattooing can be. Furthermore, Mumia's control over perspective is just insane. This stands out most prominently in his architectural illustrations. For instance, it's mind-boggling how his pieces with grand staircases draw you up their steps into their primary images. In short, he adeptly creates the illusion of depth giving his tattoos an environmental feel to them, as if you could quite literally inhabit or explore them. 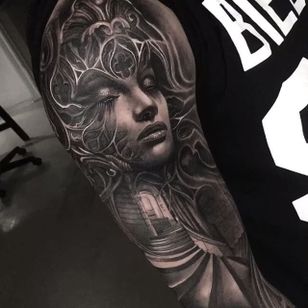 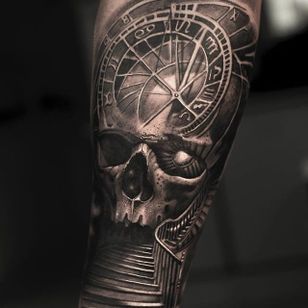 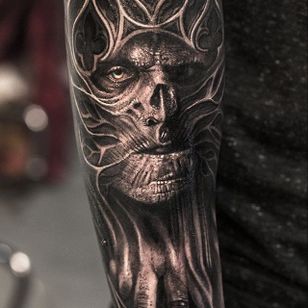 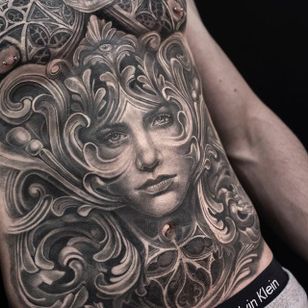 Though Mumia can render just about any figure in astoundingly realistic detail, he seems to have a preferred set of motifs that he likes to work in. For example, he has a penchant for illustrating mortifying skulls, all-seeing eyes, and gorgeous lady heads. The best part of these pieces, however, is that he fuses them with architectural features, especially that of the biggest and most intricate buildings around — cathedrals. He frequently centers his skeletal and feminine imagery in the brilliant rose windows of the massive stone structures, thus giving them the surreal effect that makes his realistic black and grey work stand out so much. Each one of them has a divine as well as sublime vibe to them, which fills us with a sense of tremendous awe. 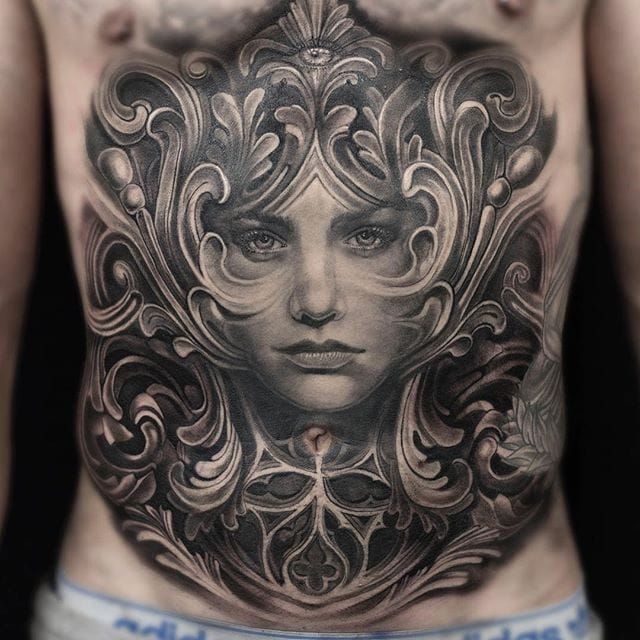 If you want one of Mumia's mind-blowing pieces of realistic surrealism, he works between Portugal and Denmark and can be reached at mumia.tattoo.artist@gmail.com for booking. Should you just want to be blown away by more of his incredible work, pay a visit to his Instagram.