The story that these robot tattoos hints at is one of constant evolution...one of human experimentation into the depths of artificial intelligence and emotion. Perhaps it began hundreds of years before the Industrial Revolution...that first human to discover what The Wheel could mean for life, but with inventions like the Cotton Gin and the Steam Engine, life changed forever. From there society built machines to make life easier, to quicken the pace of production...and now, we continue that human urge of life creation with artificial forms. Androids, sophisticated cyborgs, and mechanics...all of these incredible concepts brought into being, beautifully illustrated by these robot tattoos. 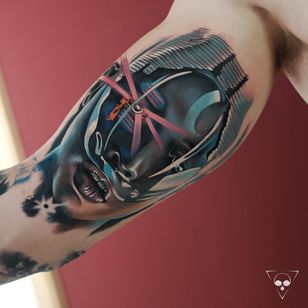 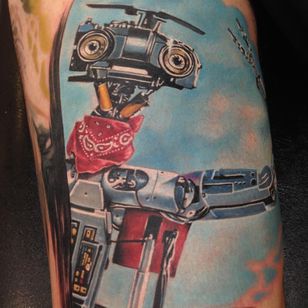 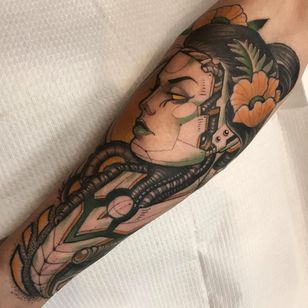 Now, all of that may seem cryptic, but if you've seen The Matrix or, better yet, The Animatrix, you know that humans messing with machines and endowing them with intelligence brings up tricky philosophical issues. These issues were also seen in films like Ghost in the Shell, AI, Ex Machina, Blade Runner, I Robot, and 2001: A Space Odyssey all hint at what could happen if machines felt the mass pressure of humans dependence on them merged with humans control of them. The robot tattoos in this particular collection may span many of those ideas...from how fulfilling and incredibly creative a cyborg could be, to how dangerous they could be. 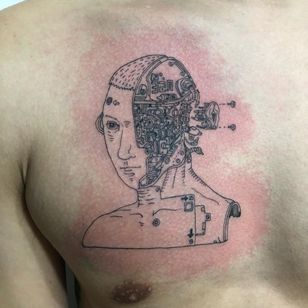 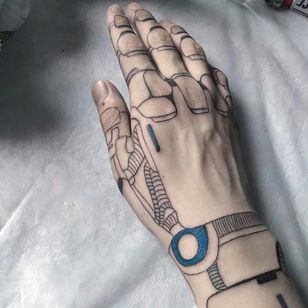 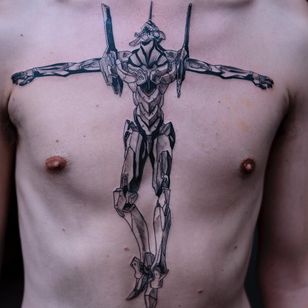 Interestingly enough, we also added in some biomechanical pieces to this selection of robot tattoos. Hugely popular in the 90's and early 2000's, thanks in part to some of the movies mentioned above, these pieces imagine what it could be like if mortals and machine became one. Partly inspired by the artworks of HR Giger, these ink masterpieces blend flesh and engine. Only the future will tell if this is an actual possibility...and with 2019 upon us, we look forward to seeing the mind blowing inventions and technological advances of scientists around the globe. 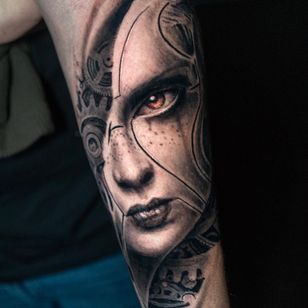 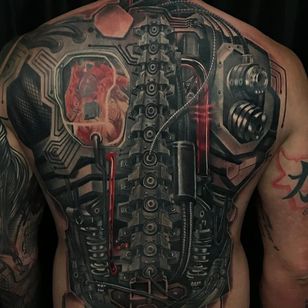 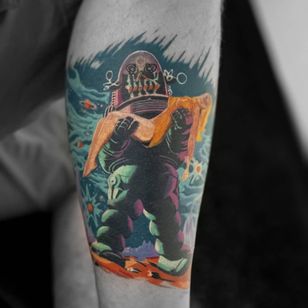 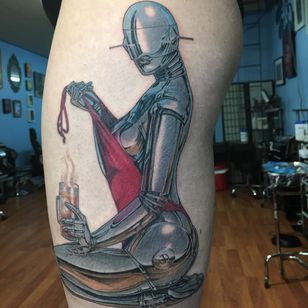 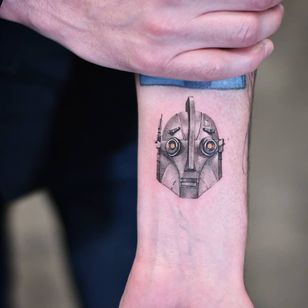 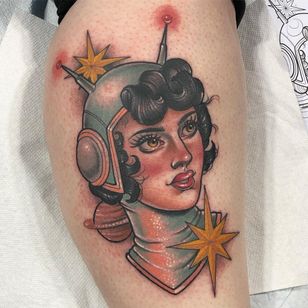