Today we’re looking at root beer tattoos, if for no better reason than I had some with my lunch. Root beer is a cherished American drink that dates back to the 19th century. Long before then, Native Americans enjoyed beverages made from the sassafras root, which were precursors to commercial root beers, which would first be sold around 1875. These days, the market landscape is dominated by Barqs, Mug, and A&W, though there are hundreds of craft root beer brands for the true connoisseur. 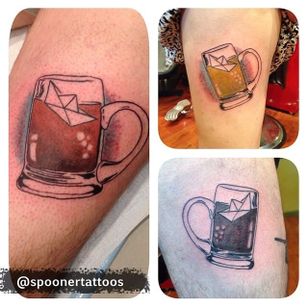 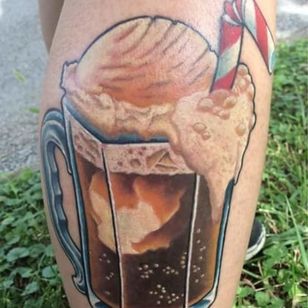 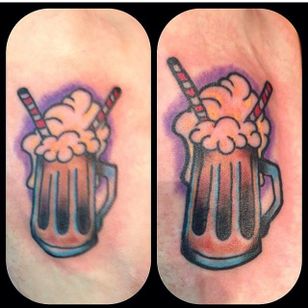 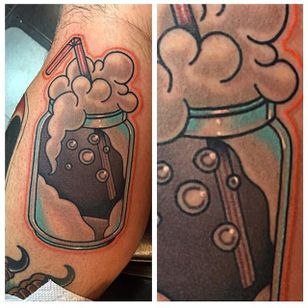 Root beer is naturally caffeine free, but caffeine can be added later. Why you would adulterate it like that, we don’t even know. Though root beer can be alcoholic, we’ve never had an adult root beer that doesn’t taste like shit. We recommend you stick to the good stuff. The tasty beverage also has the distinction of being one of the few drinks that can be both carbonated and non-carbonated. 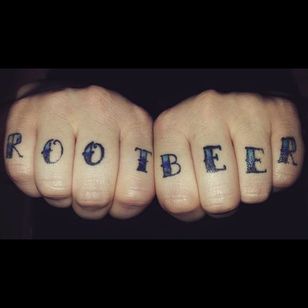 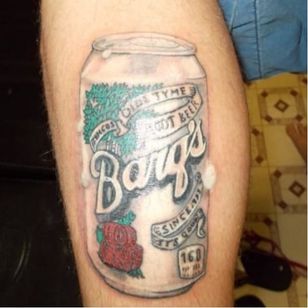 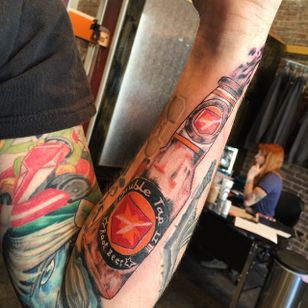 Don’t these root beer tattoos just make you thirsty for, oh I dunno, say… Some root beer? Why not go get some. This isn’t sponsored content from the big root beer companies, but it is a trial effort in hopes of pitching a larger campaign that culminates with perpetual kegs of free root beer in our office. Remember kids, play the long game.