We love Ian Bederman's incredibly geeky science fiction inspired body of work. His portfolio is brimming with wonderful depictions of some of the most memorable characters from the genre, and they look great in the American traditional style. Check out this kick-ass array of tattoos that will make you want to break out your old comics or binge watch your favorite sci-fi series for the umpteenth time. 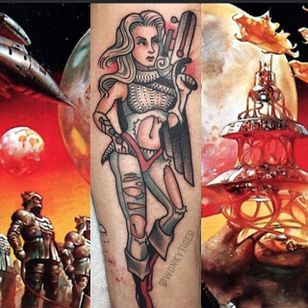 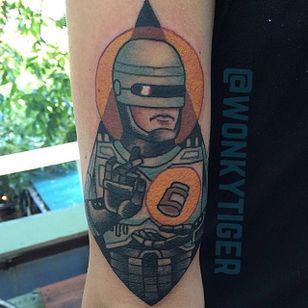 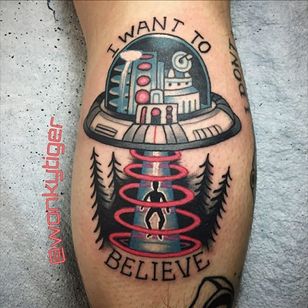 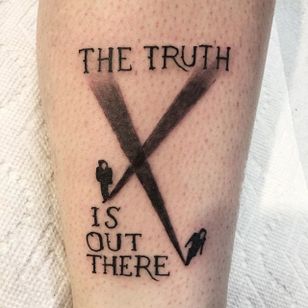 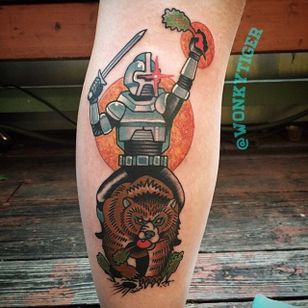 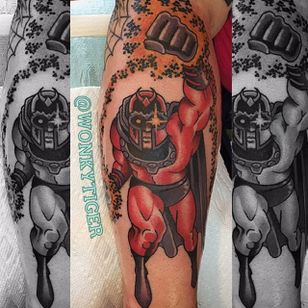 No matter what flavor of science fiction that you enjoy most — be it comic books, television, or movies — Bederman's tattoos are for you. Here we see astounding homages to figures from space-age cinema like Barbarella and RoboCop as well as shoutouts to two of the best sci-fi TV shows every made, The X-Files and Battlestar Gallactica (the bear and the beet imagery is a cheeky reference to a joke in an episode of The Office by the way). Also, we love how he's illustrated Magneto with one ominous glowing eye. 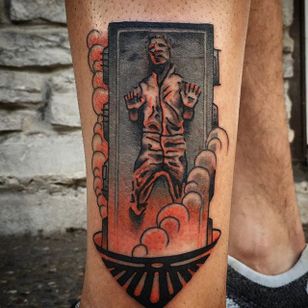 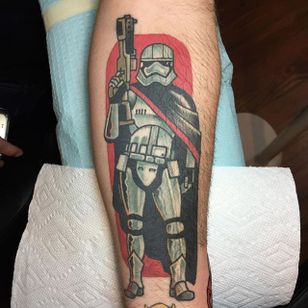 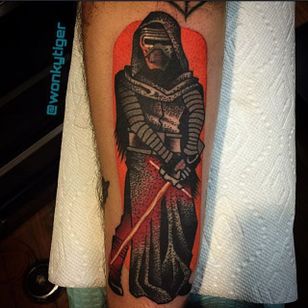 One of the best parts about Bederman's very geeky portfolio is all of the Star Wars tributes that he's done. Scrolling through his body of work is like watching a supercut of all the best films from the movies. We were particularly pleased to see that several of his clients already have gotten body art of characters from The Force Awakens. Also, his depiction of Han Solo frozen in carbonite is too fucking cool. 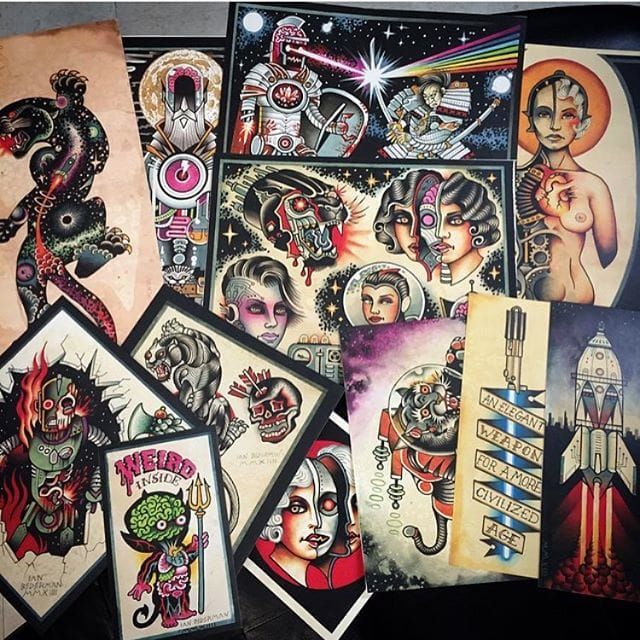 We hope you enjoyed going on this sci-fi odyssey through Bederman's nods to classic characters from the genre. If you want to see more of his futuristic work, make sure to fly, as if by mutant powers or spaceship, on over to his Instagram. Also, if you want to show off your love for science fiction, consider commissioning a tattoo from him. He works at Royal Legion Tattoo in Austin, Texas. Until next time, stay unreal, space cadets.