Ever since he was a child Damien Rodriguez was enamored with Far Eastern culture. Rodriguez’s first introduction to the culture was with Bruce Lee and other Kung Fu movies throughout the ‘80s, but it was when he first saw the work of Filip Leu and Horiyoshi III during his tattooing apprenticeship that he was hooked for life. Now, 16 years into his tattooing career, people are being introduced to Japanese tattooing through his work.

It takes years to master the skills the Rodriguez is speaking about. So much of what makes the Japanese style of tattooing so impactful is in the little details; it doesn’t matter how well done the dragon that serves as the star of the piece is if the supplementary elements are lacking. It is all about the entirety of the piece, and going even further, how that tattoo fits in with the rest of the body. 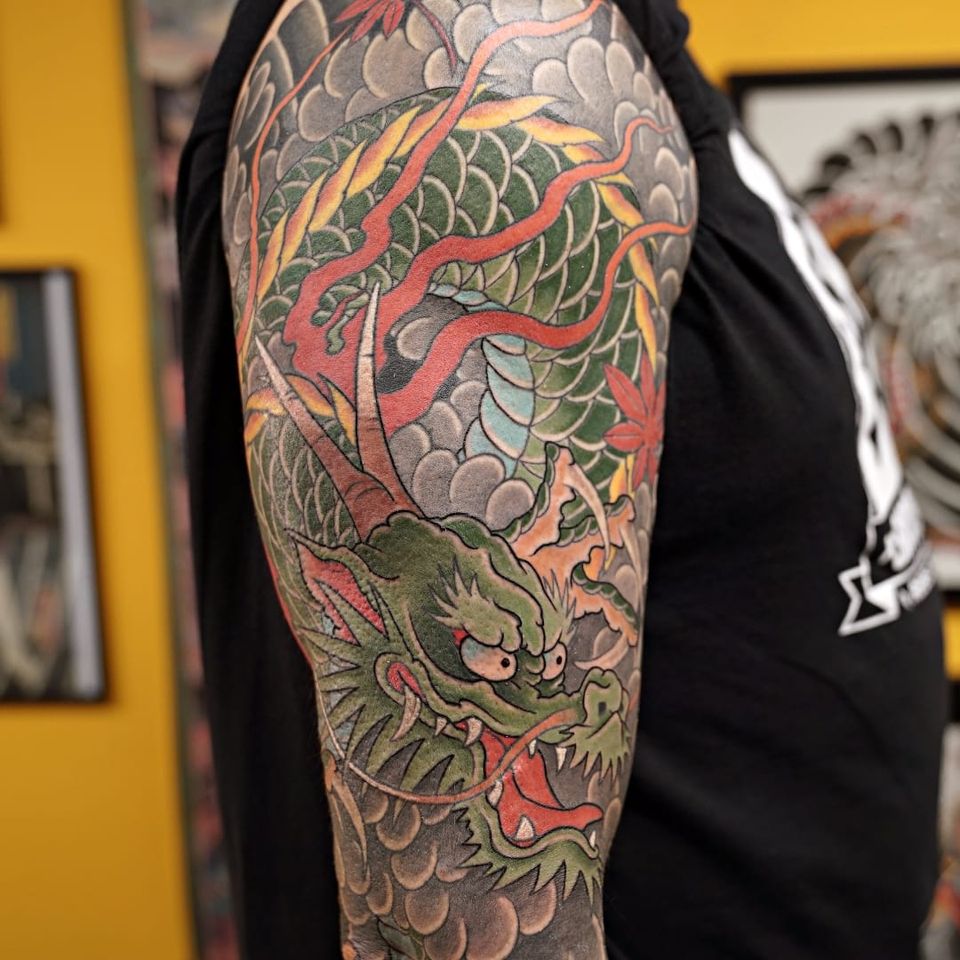 As you can see in the video, Rodriguez was more than up for the task. He can be found tattooing out of Invisible NYC.