It’s hard enough to follow one dream to completion in this life, which is what makes Meia’s story all the more incredible. After graduating culinary school Meia immediately began working in prestigious kitchens, including a few Michelin star rated joints, before becoming sous chef in one of the best restaurants in his hometown of Curitiba, Brazil. One would think that this would be it, the dream has been accomplished and a career has been established. But this would be just the beginning.

It was during that first year as a sous chef that Meia was bit by the tattoo bug. Inspired by his brother who was already working as a tattoo artist, Meia’s mind wandered towards creating art instead of food. Soon he became an investor in the shop as he began his journey to learn how to tattoo on his own. As part of an artistic family — in addition to his tattooer brother, Meia’s mother is a fine artist — Meia’s decision to switch gears was fully supported. And in the end, it paid off. 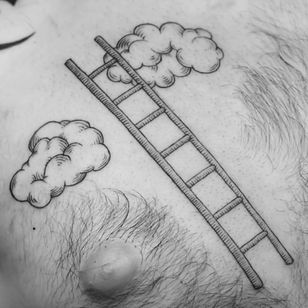 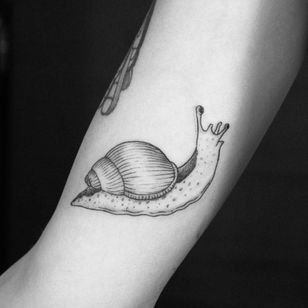 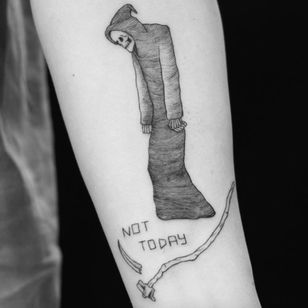 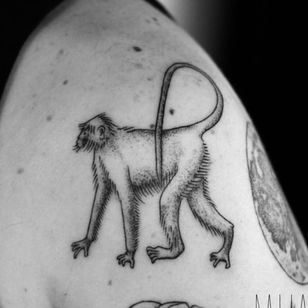 It is clear to us that Meia has found his true calling in tattooing. But who knows? Maybe he’ll get a little itchy in a few years and remake himself in an entirely new industry. After all, he has done it before. And we’d love to see what that new undertaking would be. But for now, let’s just enjoy Meia’s detailed blackwork tattoos.