In anticipation of the new SHARP/SHOCK album Youth Club, Dan Smith sat down with Tattoodo for an exclusive interview and gave us an advanced listen to the new album...we even have links so you can listen too!

Check out the SHARP/SHOCK site for tour info, and read on for an in-depth look at Dan Smith's inspirations for his awesome music and incredible tattoos.

Tell us a little bit about your artistic background and how you found your way into the art form of tattooing?

I discovered tattoos through late-1970s punk rock music and the bands and fans that wore tattoos during that pivotal time into the ’80s when they became more and more visible. I grew up copying band and skateboard logos trying to analyze and perfect the copied version on a school folder or canvas bag. I then painted leather jackets and did some screen printing, making limited run or one-off shirts for me and my friends, and that developed into me designing tattoos, but more importantly…getting them! 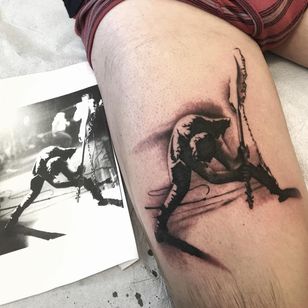 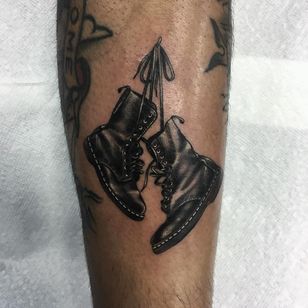 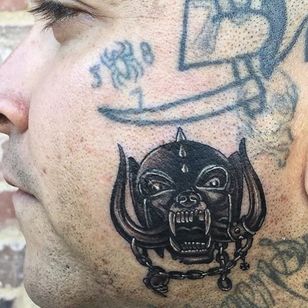 Your style of tattooing incorporates Traditional, Japanese, Realism, and even Lettering but what is really interesting is that people come to you very often specifically for shoe tattoos. How and when did that start? Why do you think people are super obsessed with cool kicks?

Im hugely interested in styles and trends and how the regular person processes them, be it music, fashion, art or anything that has a left a huge impression in popular culture. Obviously footwear is undoubtedly part of that. Even though I don’t consider myself a “sneaker head,” the fact that I can make something pretty unique for someone that’s been impacted by sneaker culture is pretty cool to me. I watched Ben Grillo tattoo a shoe on BJ Betts when he was staying with me many years ago and really wanted to try some tattoos using needles I wouldn’t usually use. Ben is a master of the fine line, and his skill is always mind blowing to me. A friend asked if would do a shoe on him and I jumped at the chance. The rest is, as they say…Instagram.

Your band SHARP/SHOCK has that absolutely intoxicating sound that immediately fills me with nostalgia for my earlier punk days. How did you guys find each other, and what is the glue that holds it altogether? What can we look forward to with the release of the new album?

Well, that's great to hear. This band is easily THE most fun I have had with music, and I have been in touring bands since the age of 18. I think the glue that holds us together is balance and expectation. All of us have played music for 20 years and Sharp/Shock is the perfect union of just wanting to have fun with music while not take anything too seriously. It’s easy for that feeling to slip away when the music industry factors creep in, so we are definitely motivated to keep the band DIY and maintain an approach that we may not have had in previous projects. We will release our second LP Youth Club on May 25, at which point we will be on tour with the fantastic Against Me! 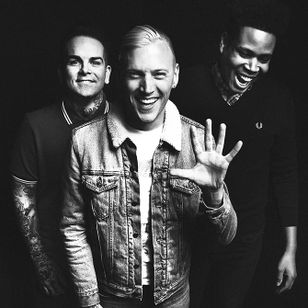 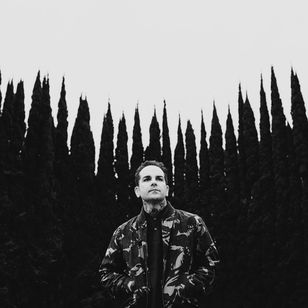 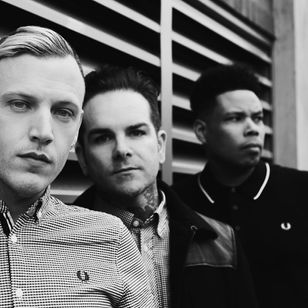 Do you remember the first time you heard punk and punk-esque music? Why do you think you were drawn to that particular style of music and why do you think it’s still popular and relevant for today’s society?

The first punk I ever heard was the first wave of mid-1970s British punk. I used to spend a lot of time looking through my dad’s records, taking note of anything and everything from a super young age. I buried myself in his music collection and discovered everything from New Order to Thin Lizzy and so much more. Bands like The Buzzcocks, The Jam, Pistols, and Stiff Little Fingers were some of the first punk bands I heard. “The Passenger” by Iggy Pop has to be the song that really stood out to me, which is weird ‘cause it’s not aggressive or typical of the punk sound, but that just goes to show that music makes the biggest impact on you when you least expect it.

Punk rock and all its avenues—much like hip-hop or any style that stems from true grit and life lessons—will ALWAYS connect to real people because it depicts actual life, not a fantasy world as is depicted in other genres that are doctored to sell records. Punk is relevant because it’s rooted in an accurate opinion of current life and times, along with the reactions of people enduring it all.

I loved that within the “About” section of SHARP/SHOCK it talks about the story of “determination, sacrifice and despair”. I feel like, often, people don’t realize how much hard work comes with things like tattooing and touring. What advice do you have for others who are trying to find their voice and their path in this day and age?

This is going to sound like some meme we’re conditioned to see on social media, but the only way to get anywhere, do anything, or live your own life by your own rules is to put in the work and never think that you aren’t good enough to live life in your way. We are constantly over-stimulated with nonsense, so I think it’s important to set a goal and just make it happen. No one else can do that for you, and no one else cares how hard it is for you.

I feel like many tattooers have very definitive ideas about the philosophy, purpose, past, and future of tattooing. Can you expound a little bit about these aspects of your practice and how they do or don’t affect your work?

I’ve thought about this a lot recently, mainly because we are getting to a point where “tattooing” is unbelievably diverse and vast in all its styles, trends, and products. To take ownership of something seems quite pointless; I have devoted my life to tattooing, but it’s not “mine.” You have to always hold tattooing in the highest possible regard—anything less and you have failed. I feel like I was lucky to come up through some amazing people who taught me the “right” way. There are definitely some traditions that should be enforced in tattooing, merely to keep the quality of the craft high, but alas the internet is flooded with horror story pictures of bad work devoid of purpose. Progressing in any trade takes a long time and like they say, “You’re only as good as your last tattoo.” 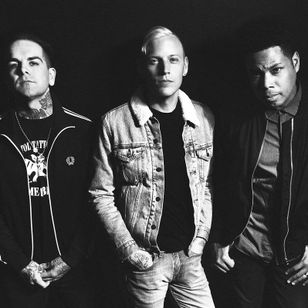 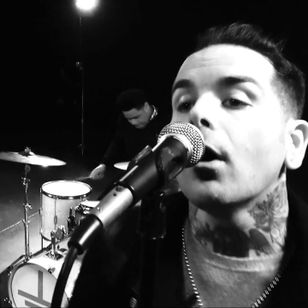 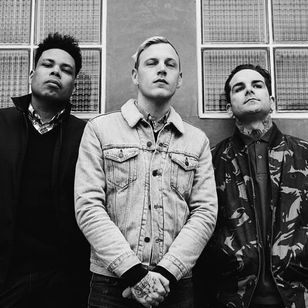 With the release of the record, and a tour on the way, what do you hope 2018 will bring into your life?

Thankfully I am able to travel with both tattooing and music, but I would say that the focus of travel this year would be with Sharp/Shock. I’ll be throwing a few conventions in there, too, but I’m looking forward to a few guest spots as well. It’s been really rewarding to dive back into music in this way, especially in getting much positive feedback. We will be touring the West Coast in May and then hopefully some overseas touring towards the end of the year. Come see us! 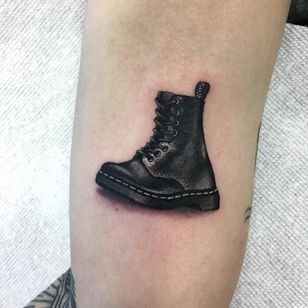 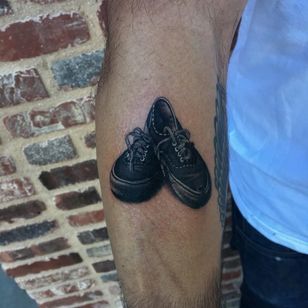 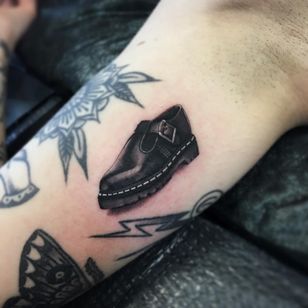