Lettering artist Goorazz is the breakout artist of London's Kings Cross Tattoo Parlour with his intense script and handstyle tattoos. As the resident tattooer for scripts and letterings, Goorazz's tattoo skills are valued for their careful precision and stunning embellishments. 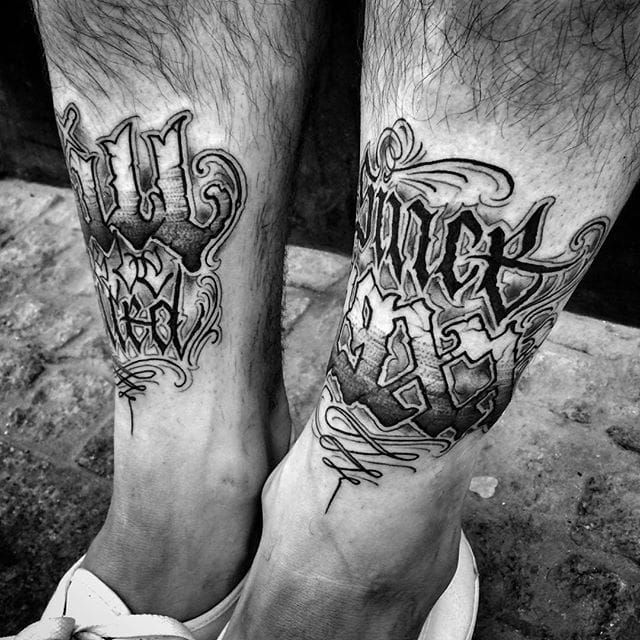 Goorazz works with both pre-drawn and freehand tattoos, in tune with the clients' wishes and ideas. His is a mostly versatile lettering style, ranging from calligraphy, type, and handstyle. Goorazz's work was caught by the fashion industry's eye when fashion designer used his lettering for her Spring-Summer 2016 collection, pictured in the cover image. While Goorazz's works are almost all in large-scale, he's been known to work on smaller, daintier script tattoos as well. 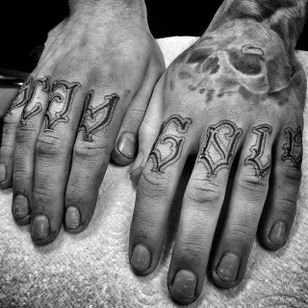 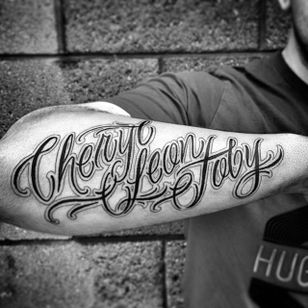 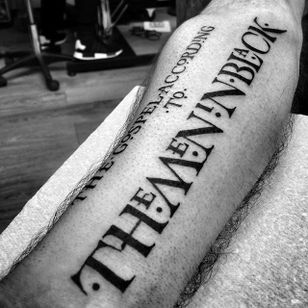 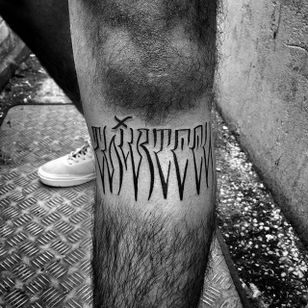 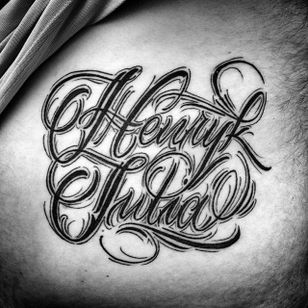 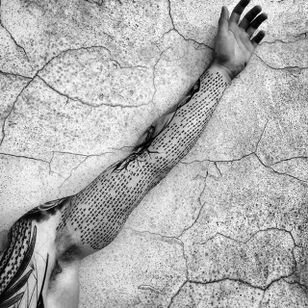 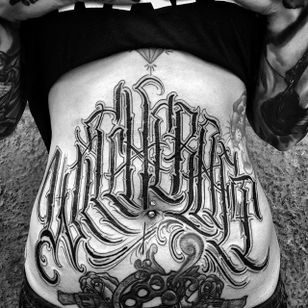 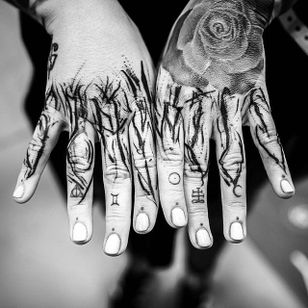 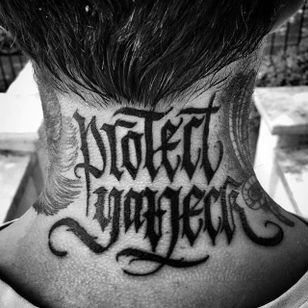 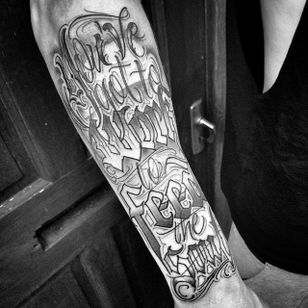 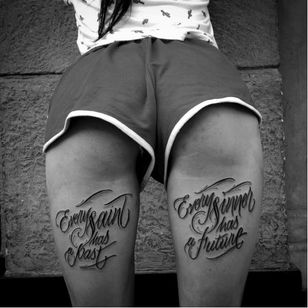 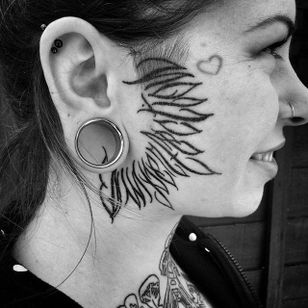