We don't have a 'skate or die' tattoo yet, but it's certainly tattooed on our brain. Growing up in California skate culture, with old school skate videos blaring Flipper and JFA, we know exactly what we're talking about when we talk skateboarding tattoos. Skateboards, tattoos, and punk all god hand in hand...they're all very similar communities that embrace very similar philosophies. Each one looks at their craft as a way to escape mainstream society and to be more authentic, whether it's doing kick flips on the boardwalk, tattooing anarchist symbols on the skin, or listening to favorite Black Flag records...this is how we live our lives. 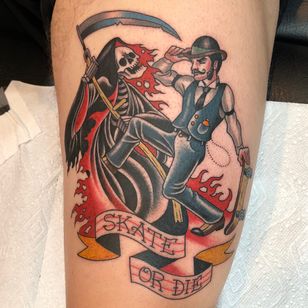 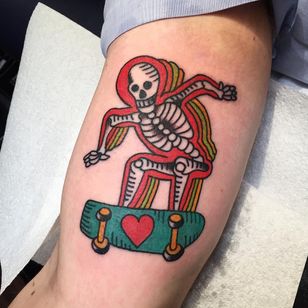 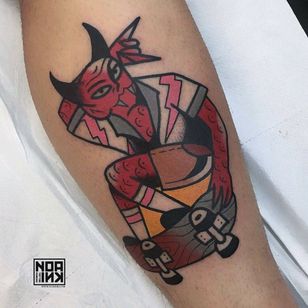 Skateboarding tattoos, like many other tattoos, are a way of showing not only a philosophical leaning, perhaps, but also what you like to do and what you love most. Thrasher Magazine, founded in 1981, has been at the forefront of the skate community for decades, and has inspired tons of skateboarding tattoos. Santa Cruz Skateboards, founded in 1973, is another company that many look to as the epitome of skate aesthetic. More recently, started in 2006, Rip N Dip started making waves with their super cool kitty, one who flips you off and still looks cute. 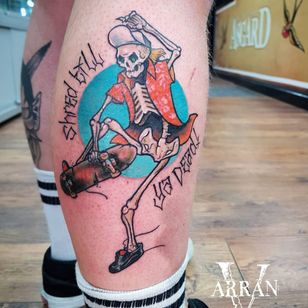 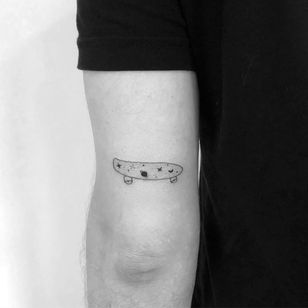 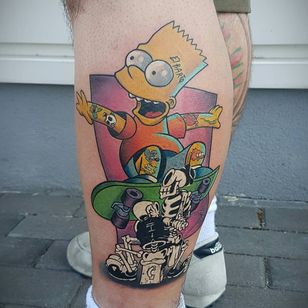 There are tons of old school skate videos out there that have spawned skateboarding tattoos, or a love for skating, tattoos, and music in general. The Bones Brigade documentary about Stacy Peralta is probably one of the most popular films out there about skating. Lords of Dogtown, written by Stacy Peralta, is another film that had tons of kids grabbing surfboards and skateboards...and of course, you cannot mention skateboarding without bringing up Tony Hawk. He's probably one of the first heroes of any little kids who grows up to love skate decks and smooth asphalt. We hope you love these skateboarding tattoos as much as we do. Nostalgia is hitting us hard. 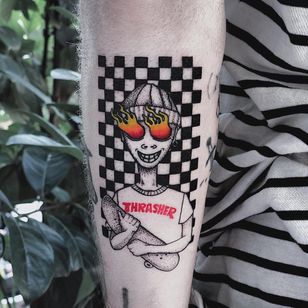 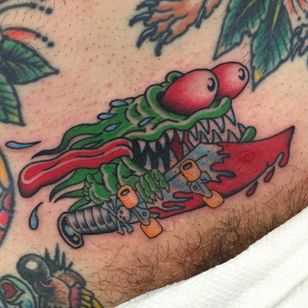 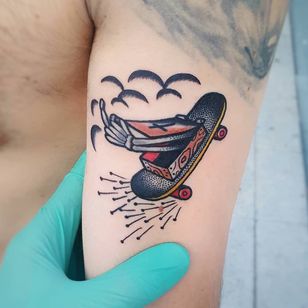 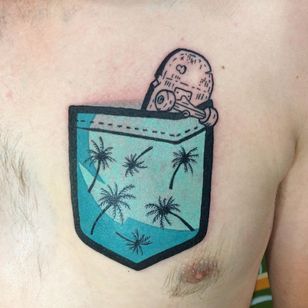 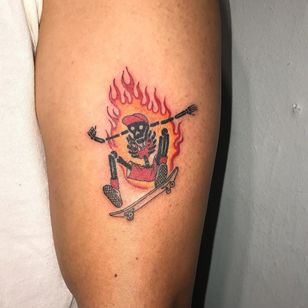 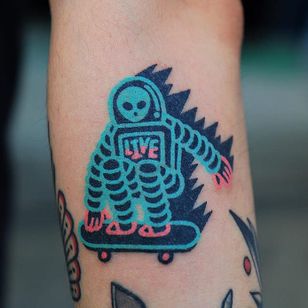