It takes a lot to be an iconic sports superstar. Years of hard work, dedication, and perseverance are what separate the greats from the regular dudes. 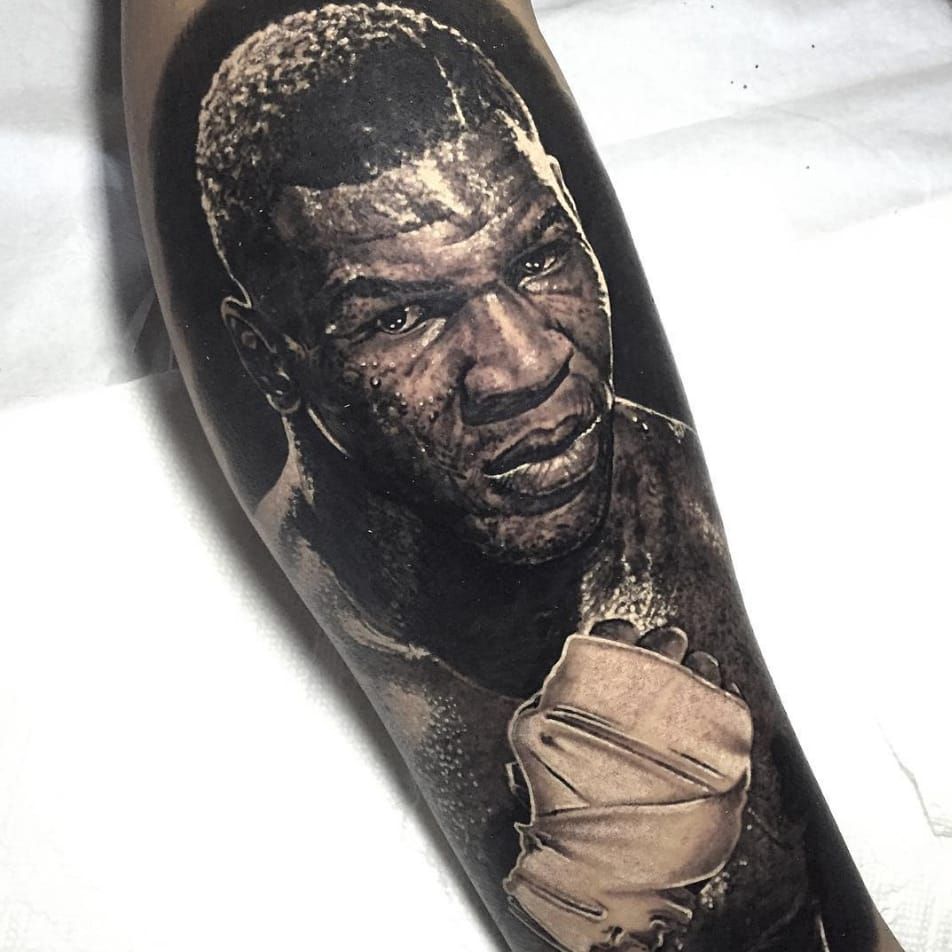 Mike Tyson was known for his formidable power and mean streak in the boxing ring. Now that he's a star that transcends his sport, tattoos of Iron Mike have been popping up all around the world. Not to mention that Tyson is recognized widely for his face tattoo. 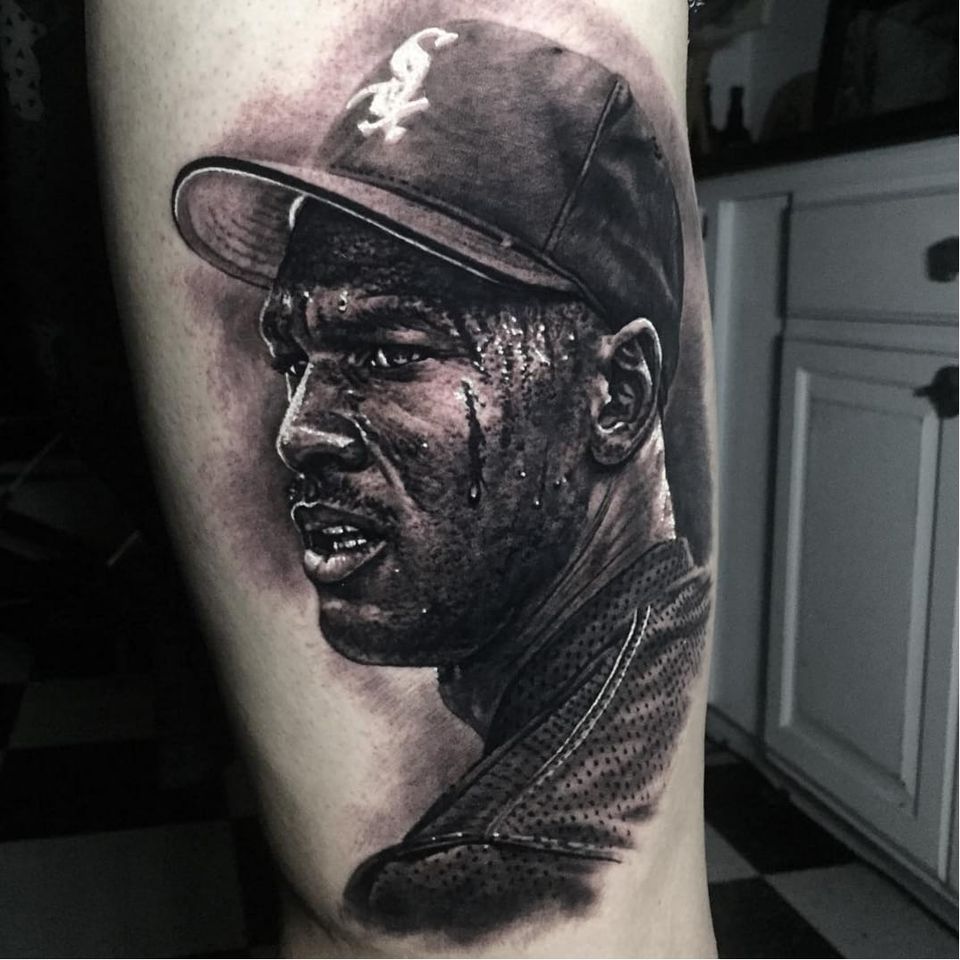 This is a period in time I'm sure many Jordan fans would probably like to forget, but it has been immortalized in this beautifully realistic tattoo. If only Jordan's baseball career was as good as this tattoo... 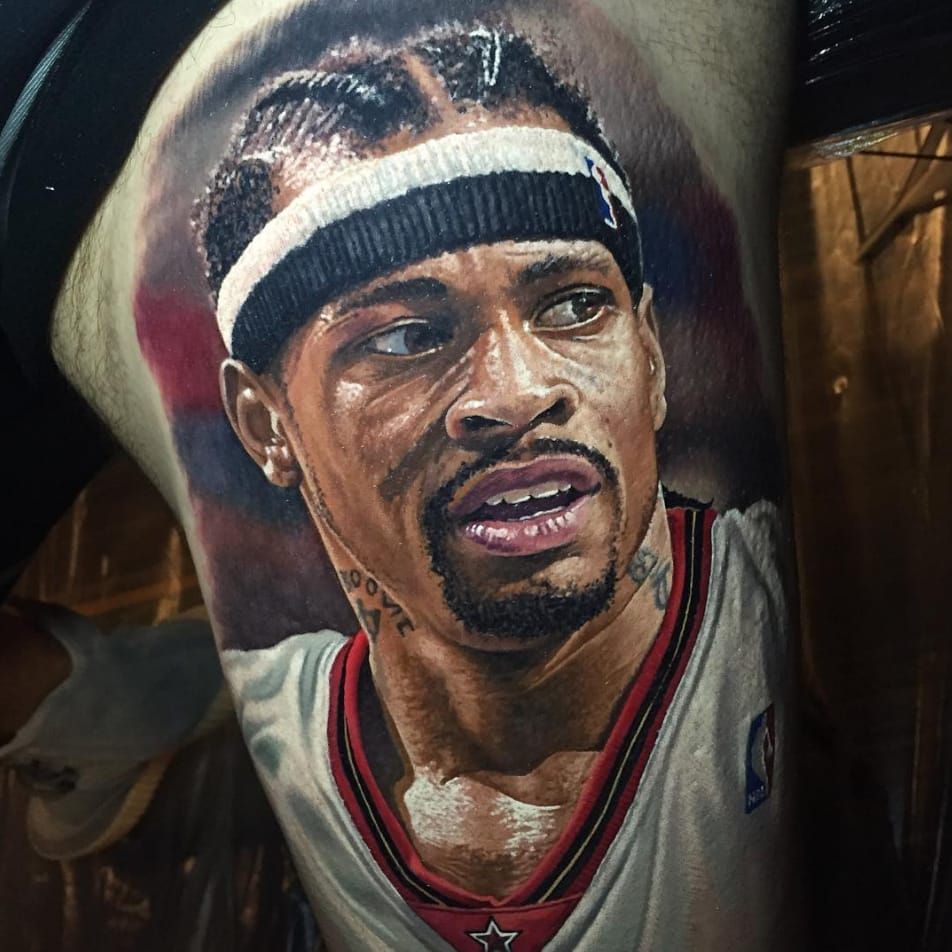 Philadelphia 76ers legend Allen Iverson was known for being one of the smallest guys on the court, but his personality (and scoring ability) was out of this world. One of the most prolific scorers in NBA history is certainly worthy of his own portrait tattoo. Could there be a more fitting way to pay homage to one of the players that made tattoos part of the NBA landscape. 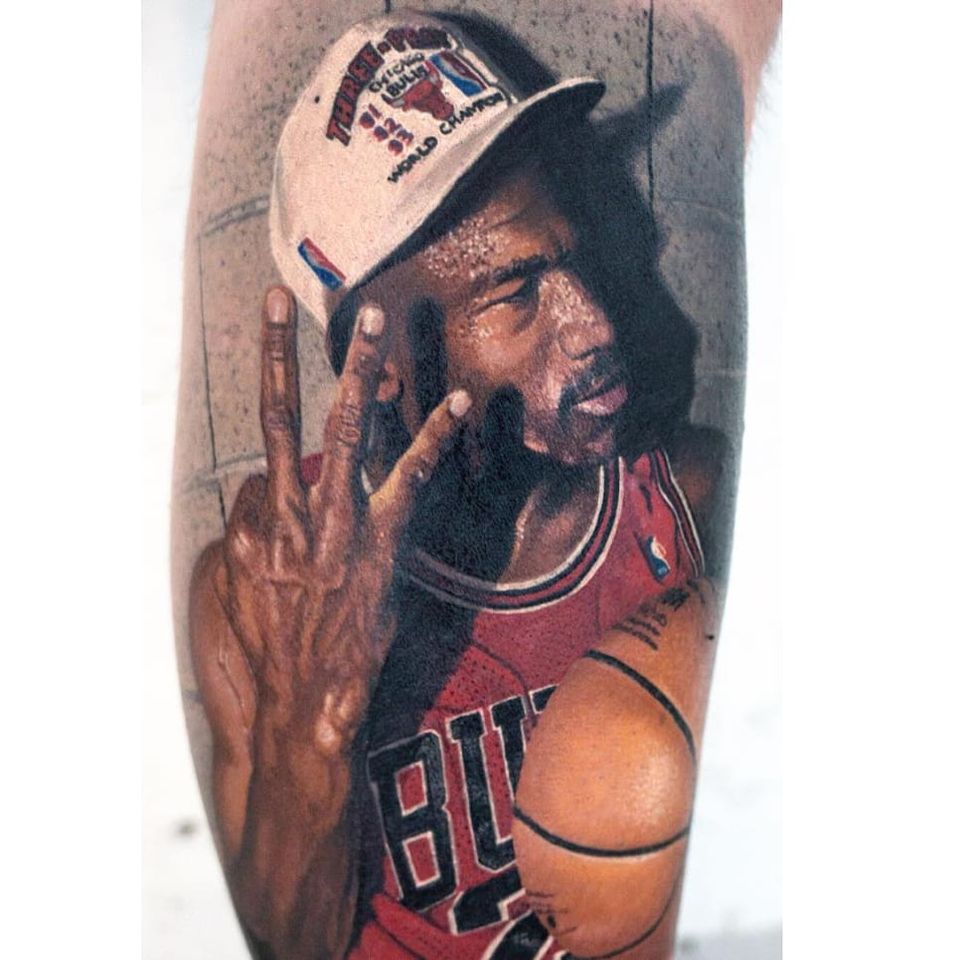 Now that's the Jordan we all know. This tattoo of him celebrating the Chicago Bulls' 3rd championship in as many years is one of the more iconic pictures taken of #23. 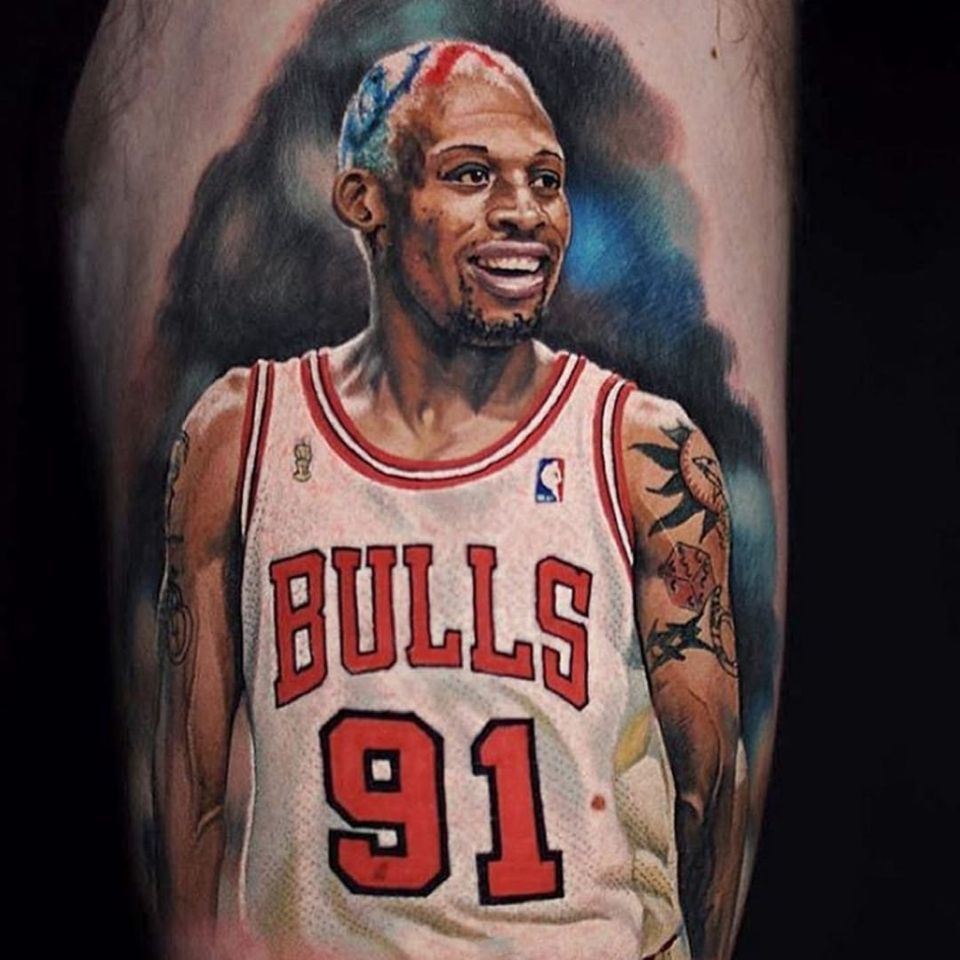 Dennis Rodman made headlines on the court, off the court, and even to this day. He's definitely one of the most interesting characters in sports history, with his wild hair and collection of tattoos. I think this tattoo of the power forward captures his essence beautifully. 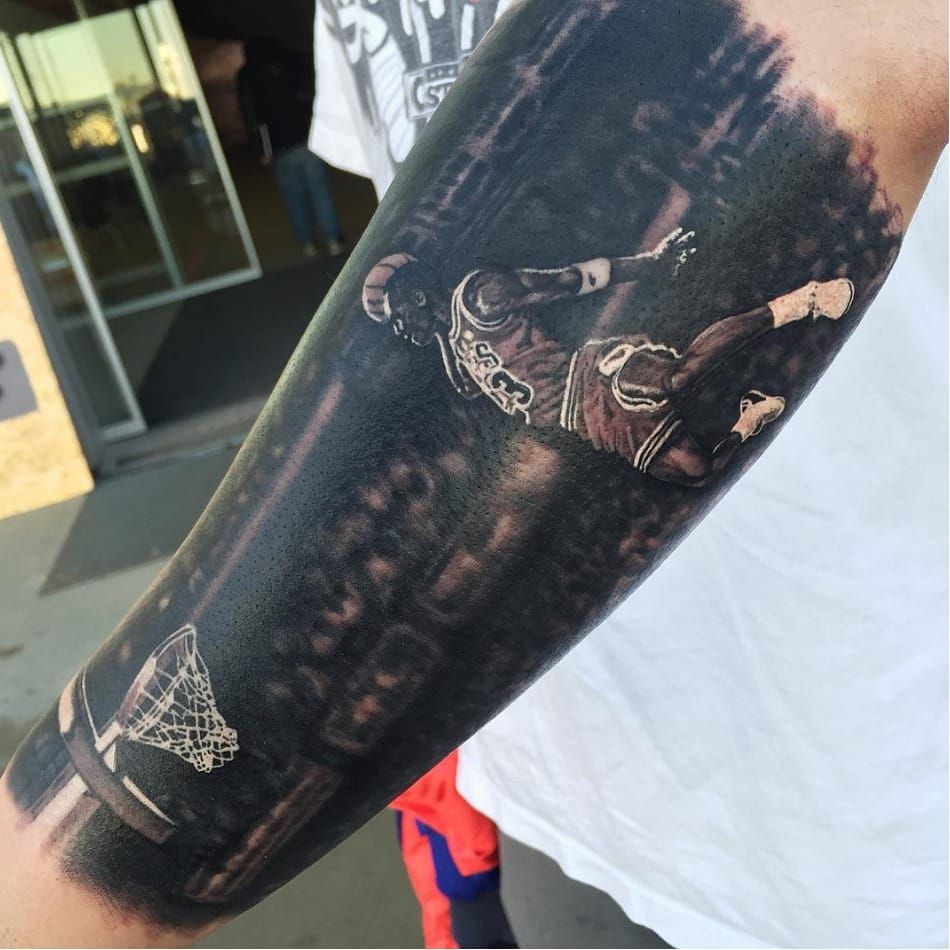 When people think of Michael Jordan, this is probably the image that comes to mind. His amazing dunk from the free-throw line is the stuff of legends, if not GODS! Butcher recreates that magic in this amazing tattoo. 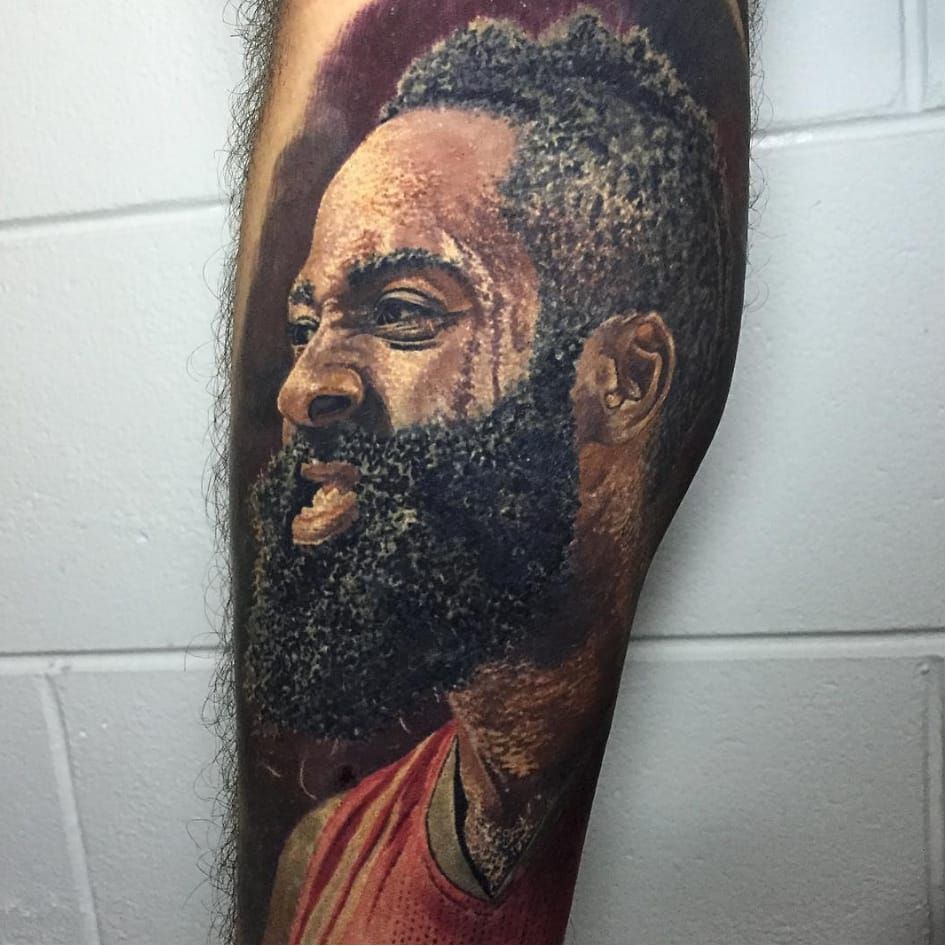 James Harden isn't quite on the same level as Jordan, yet, but this tattoo is about as realistic as you can get. The 4x NBA All-Star is sure to be remembered as one of the greats some day in the future. 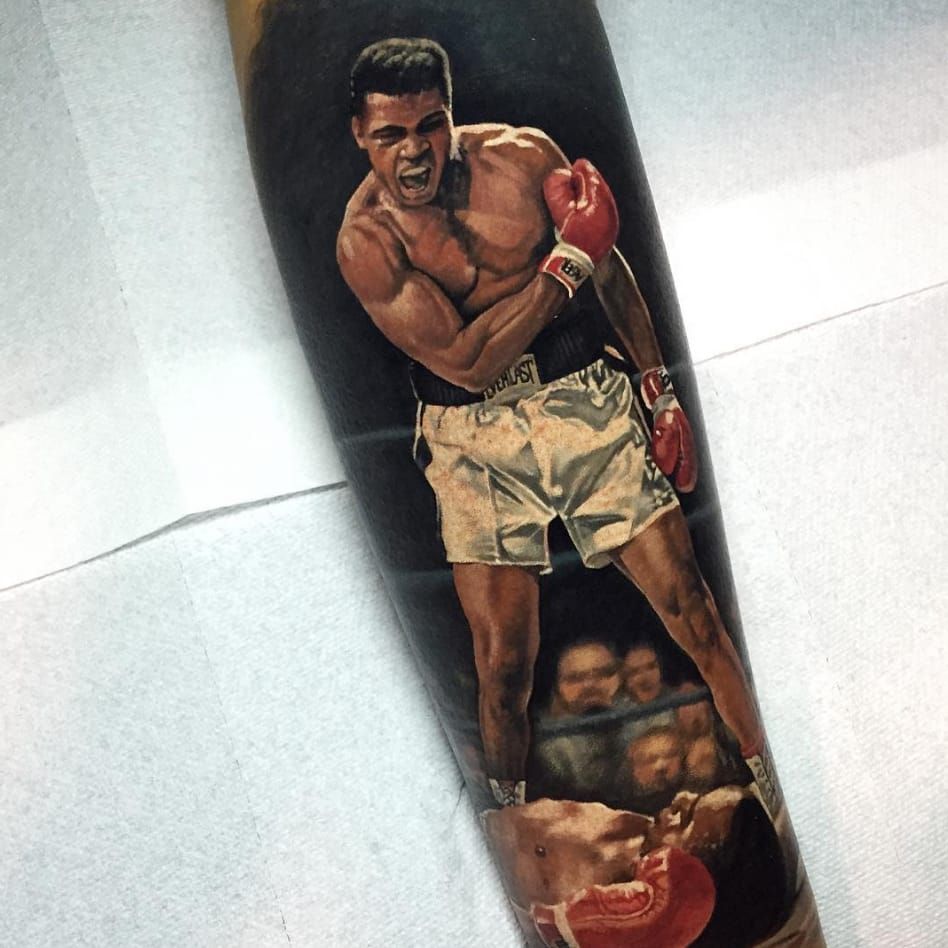 If anyone can rival Jordan's domination in his sport, it's Muhammad Ali. This is the quintessential Ali image, and it rightfully belongs on someone's body. The Olympic Gold Medalist would be honored to be immortalized in the body ink. 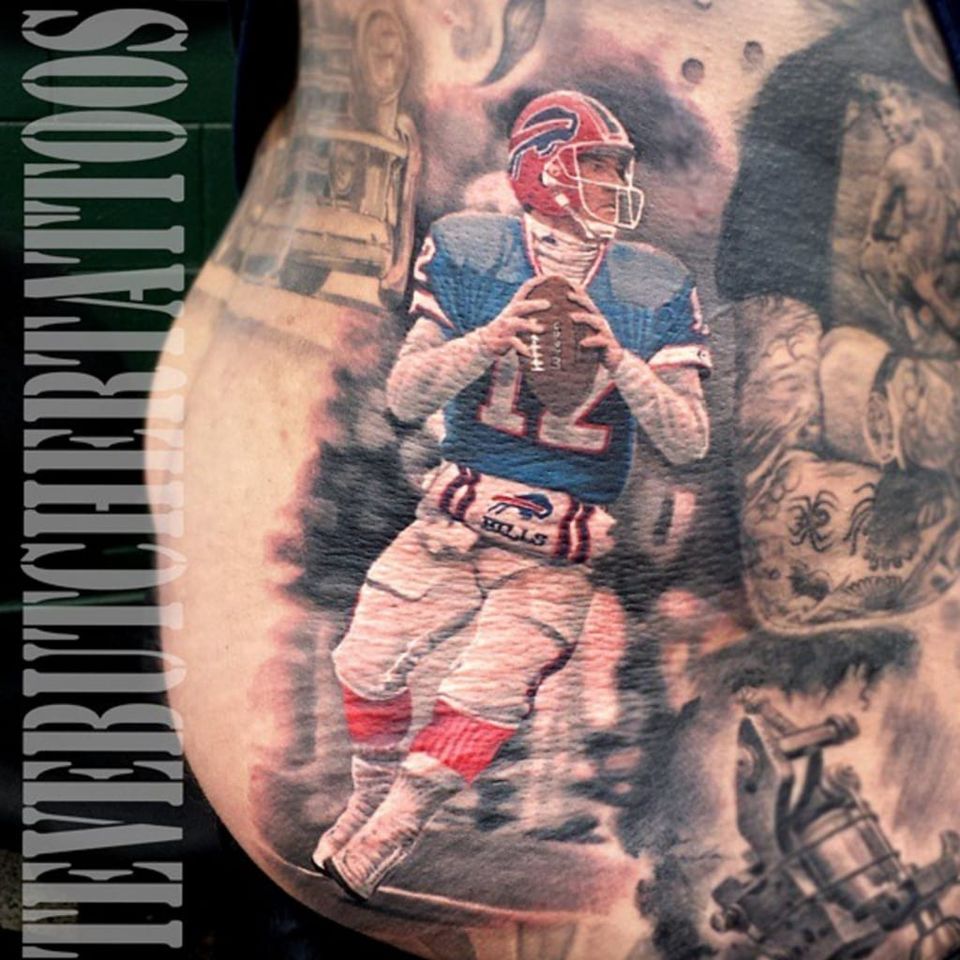 Jim Kelly was one of the greatest Buffalo Bills in history. He quarterbacked multiple teams to the Super Bowl, where they always came up short. The Hall of Famer missed out on winning the big one, but will forever be immortalized in the Hall and on this person's body. 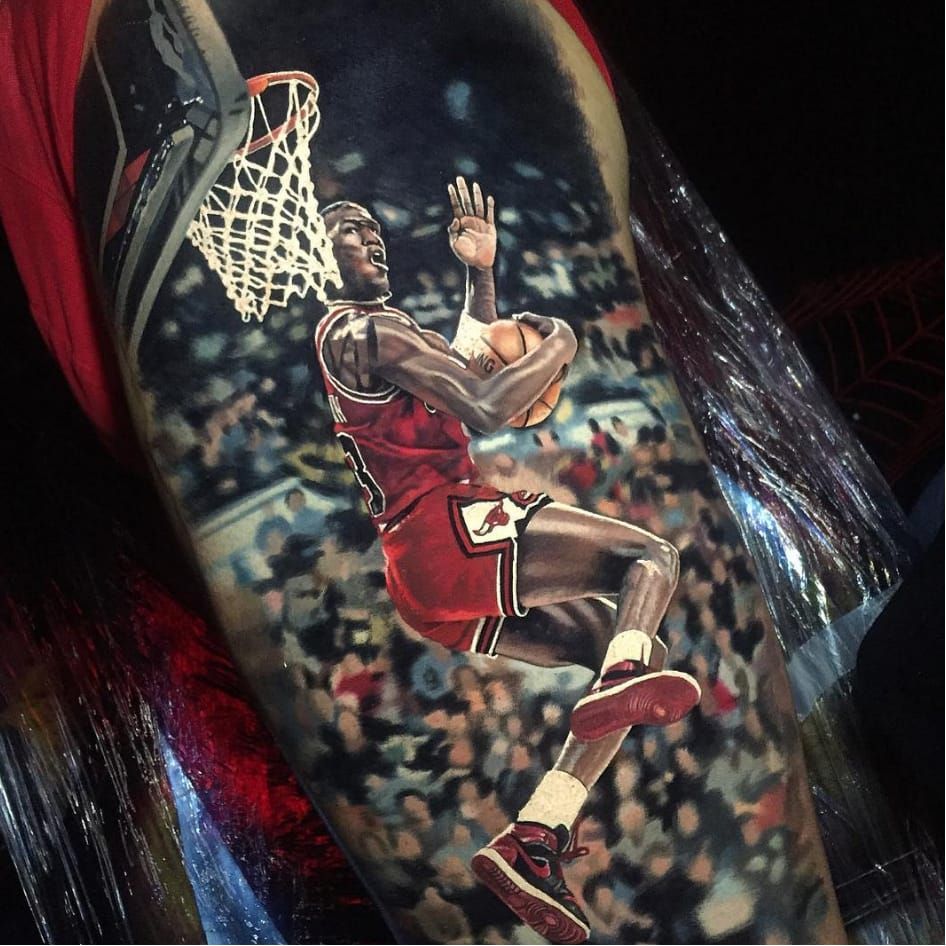 Okay, yea this Jordan dunk piece is just plain rad. There isn't much more that can be said about Air Jordan. He's a beast. 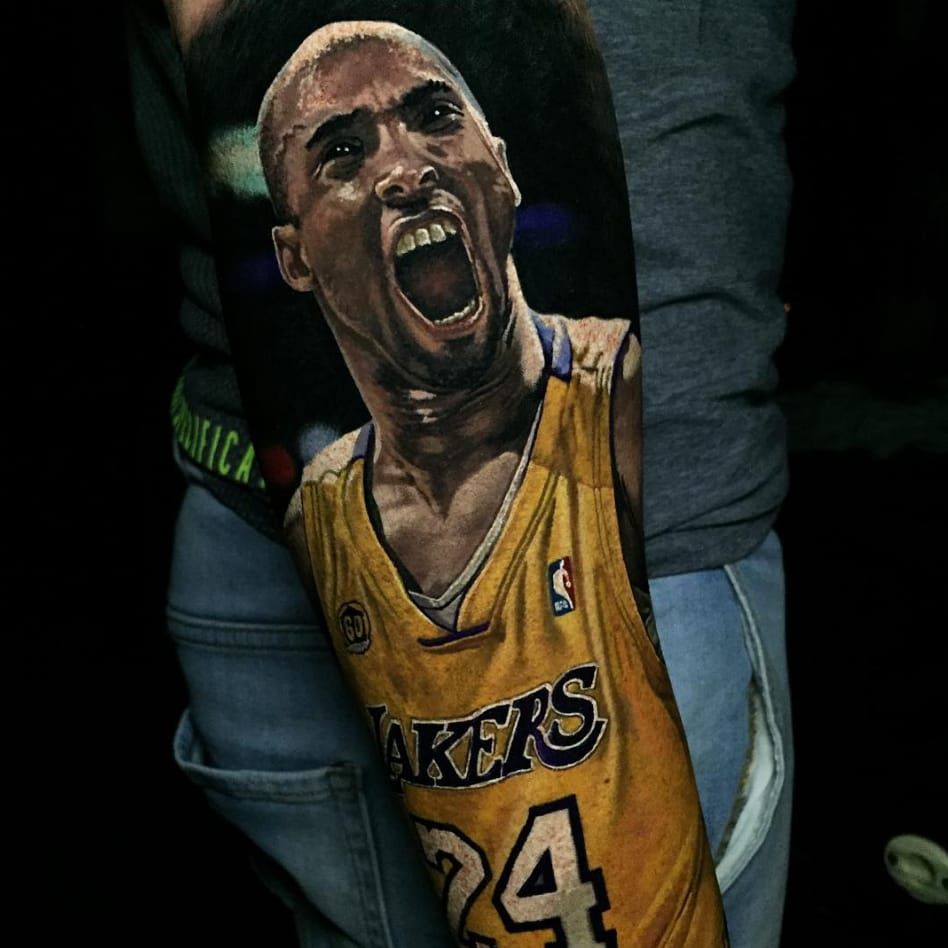 Recently retired Kobe Bryant is certainly deserving of tattoos if James Harden is. The Black Mamba is a 2x Olympic Gold Medalist, an 18x All-Star, an MVP, and a 5x NBA Champion. Yea. He deserves a tattoo.