Annie Alonzi has been coming to The Star of Texas Tattoo Art Revival convention for six years now, ever since she was an apprentice for Scott Ellis, artist and owner of Triple Crown Tattoo in Austin, Texas. “I think it’s a really good show,” she says. “It’s big enough to attract some really stellar people, but small enough that you can still walk around, and the crowd isn’t so bananas that you can’t get to the stencil machine or whatever.” Details such as these can be an important deciding factor when you’re still a budding artist and clients are eagerly waiting to be tattooed by you. 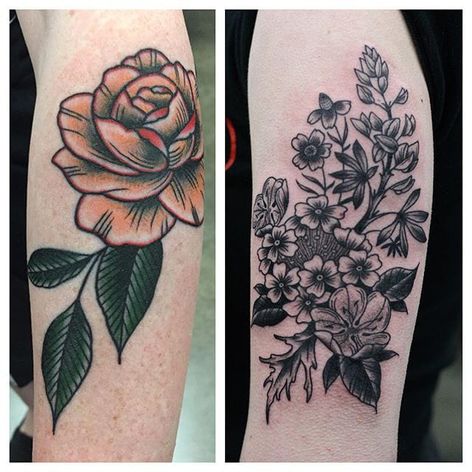 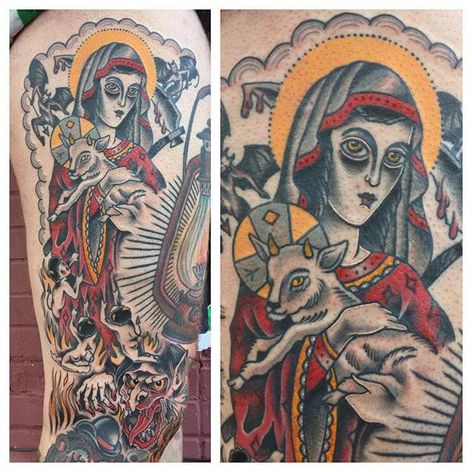 It is clear that during her apprenticeship under Ellis, Alonzi found a love for traditional work with a muted color palette. In her relatively short amount of time in the tattoo industry, Alonzi has developed her own totally unique take on the style, often incorporating bits of surrealism and quirky humor into her pieces. Her real strength though, lies in her imperfectly petaled flowers which possess just the right amount of fragility and downright weird creativity. In lieu of a perfect bloom, Alonzi purposely drops petals or contrasts subtle colors with bold pops of darker, more saturated hues. 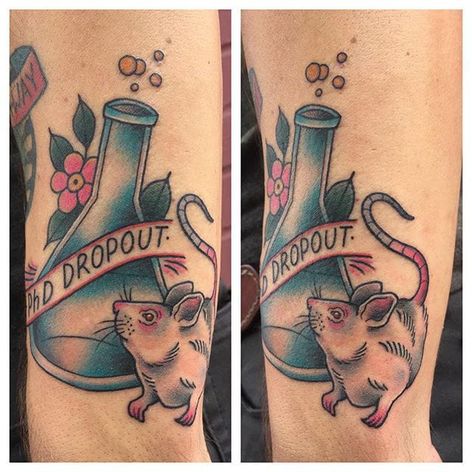 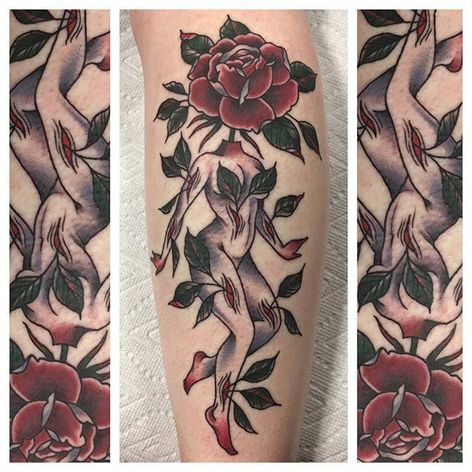 While she loves coming to conventions, Alonzi understands that the entire experience can be overwhelming. In order to make sure you end up with the best tattoo, here is one major thing she thinks customers should take into account prior to the actual day if they’re in search of the perfect artist. 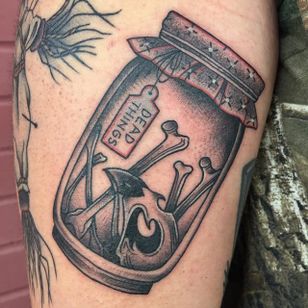 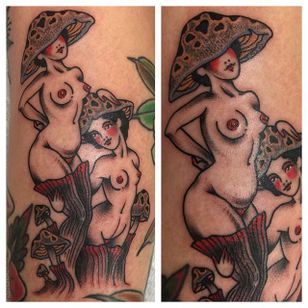 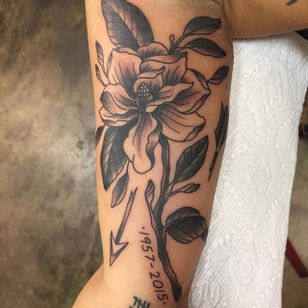 Luckily, if you find an artist with as much talent as Alonzi, that tattoo will have aged gracefully. And ten years from now when your children are bragging about their tattooed parents, they’ll be able to say with utmost certainty, “Yeah, my mom has this really cool dead flower on her leg,” instead of, “Ya, my mom has some sort of weird blob.” Research, folks. It’s the defining factor between a weird blob and a really cool dead flower.