Welcome to Tattoodo's Punk Rock Week! We're celebrating everything punk this week — from some scary dudes in New Jersey to heartbroken nerds from SoCal, and everything in between. We bitched about how being a NOFX fan used to be fun and weird, but now it's just problematic. And what would Punk Rock Week be without a little something about The Ramones. Now we turn our attention to the most infamous couple in the history of punk. 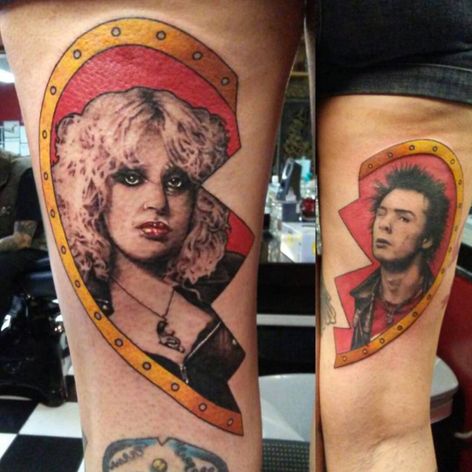 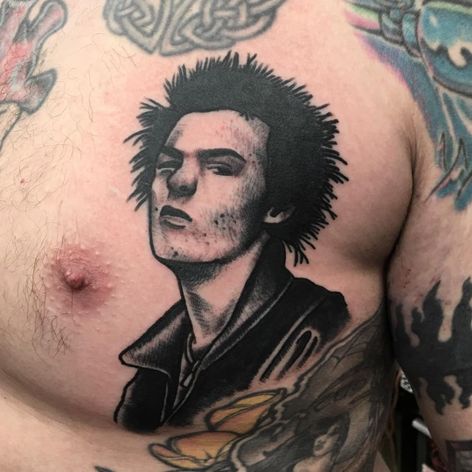 It’s difficult to sort out fact from fiction in the case of Sid and Nancy. To this very day, the verdict’s still not in on whether or not Sid Vicious — the bassist of the Sex Pistols — intentionally murdered his girlfriend, Nancy Spungen, at the Chelsea Hotel on October 12, 1978. After being apprehended and charged with second-degree murder, Vicious died from a heroin overdose while out on bail. Though he pled “not guilty,” it’s widely believed (with the exception of conspiracy theorists like those who believe Kurt Cobain didn’t pull the trigger) that Vicious is responsible. The lack of closure, however, has led to a wide variety of conjecture about the circumstances of Spungen’s death. 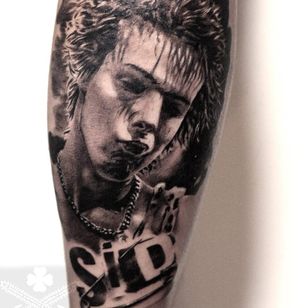 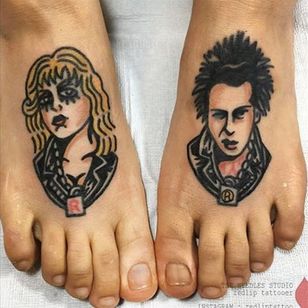 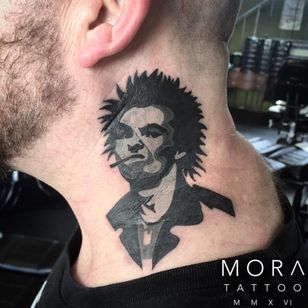 The mystique surrounding the event is so powerful that it inspired the film Sid and Nancy, which is largely responsible for perpetuating inaccuracies about their relationship. It is a gripping movie, but also sugarcoats some of the sordid aspects of their romance, mainly that they were extremely damaged individuals locked in a codependent spiral into addiction. Here’s what Johnny Rotten, the Sex Pistol’s lead singer, had to say about it: “I honestly believe that it celebrates heroin addiction. It definitely glorifies it at the end when that stupid taxi drives off into the sky. That's such nonsense. The squalid New York hotel scenes were fine, except they needed to be even more squalid. All of the scenes in London with the Pistols were nonsense. None bore any sense of reality." 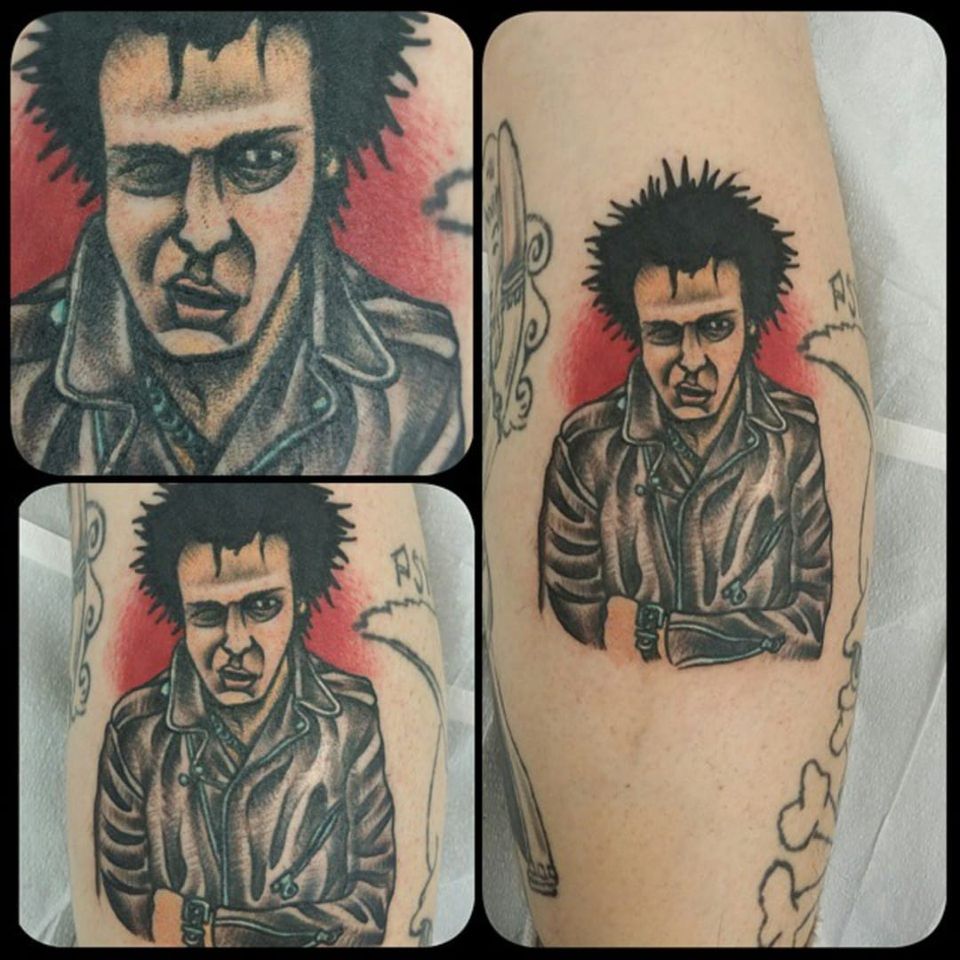 It feels a bit shameless, but we have to admit that there’s a sort of tragic beauty to the end of Vicious’ and Spungen’s volatile affair, but we also feel that it's important to highlight the danger of romanticizing crimes of passion and drug addiction. If anything, the story of Sid and Nancy should be thought of as a cautionary tale, just like all of these tattoos, which seem to suggest that if you treat love like a fix, it just might kill you. 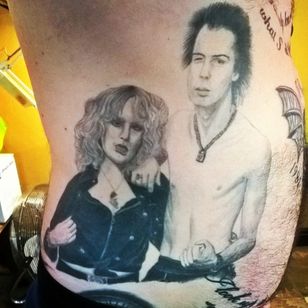 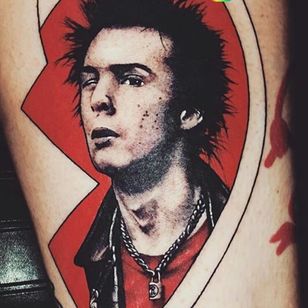 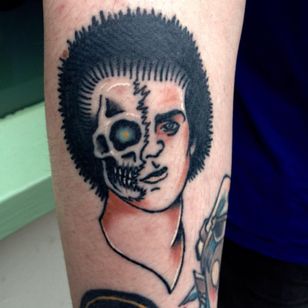 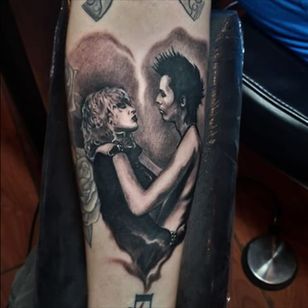 To see more work inspired by punk rock, make sure to hit up these artists Instagrams. If you want a memorial piece in honor of the Sid and Nancy’s tragic story, have one of them design a portrait of the ill-fated lovers for you.