Since most of us worship the devil here, we thought it was about the hell time we held a dark seance to summon up some Sigil of Baphomet tattoos. (Editor’s Note: This is not true. We just tell Ross this so that when he invites us to weird sacrifices we can say, “Oh, my family has their own goat slaying party this weekend.”) For the uninitiated out there, the symbol is the official insignia of the Church of Satan, and it features an inverted pentagram with Baphomet’s head at its center. This emblem initially appeared on the The Satanic Mass LP — a recording of a Satanic ritual by high priest Anton Szandor LaVey made at the Church of Satan headquarters, aka The Black House, in 1967. It showed up on the cover of The Satanic Bible just two years later and has been synonymous with the institution ever since. 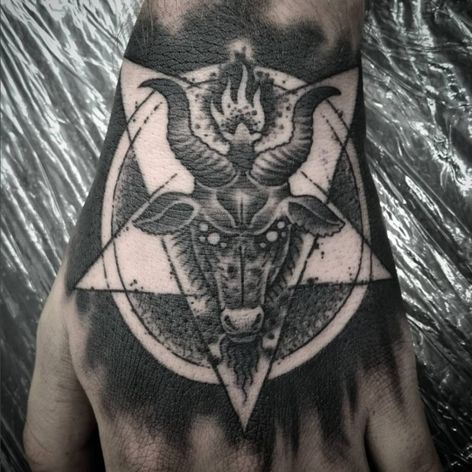 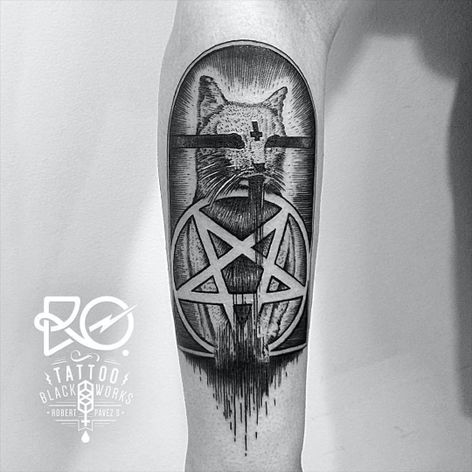 I remember the day I first found Satan, or should I say when Satan found me. I was loitering in front of the marble 10 Commandments Monument at my home state’s capitol building in Oklahoma City. I was just minding my own business, reading God’s list of buzzkill rules, when some old lady carrying a dogeared Bible told me that I was going to hell for “defiling my body with those ungodly markings.” Right then and there, I decided that if people like her were up there, eternally shuffling around in an old folks home with my maker, heaven wasn’t for me. Good thing, too, because I don’t think I’d have gotten this job if not for selling my soul, my signature in blood, to the devil. 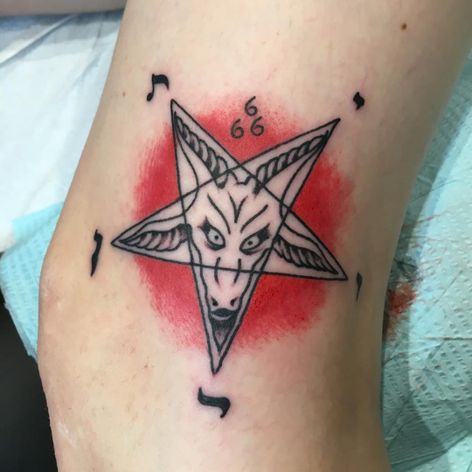 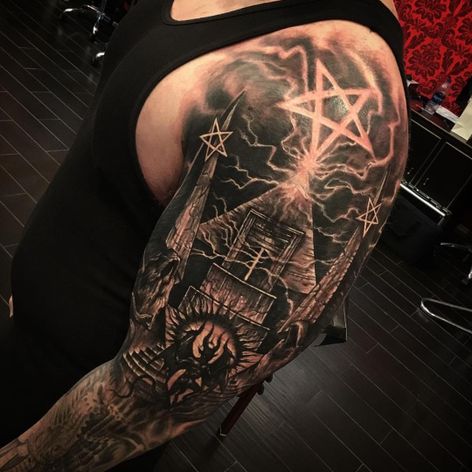 Turns out that we’re not the only tattoo enthusiasts who love Satan. Lots of people pay homage to the Dark Lord by getting body art in his honor. One of the most popular satanic designs out there is, unsurprisingly, the Sigil of Baphomet. Its simultaneously circular and angular features make it ideal for a tattoo. The best part about having one of these demonic insignias permanently inscribed on you body is that it will eventually act like a VIP pass once we’re all burning in the lake of fire. With one of these bad boys on your condemned flesh, you’ll be able to hit up all of hell’s infernal attractions — like being drawn and quartered or flayed for all of eternity — without having to wait in the notoriously long lines. 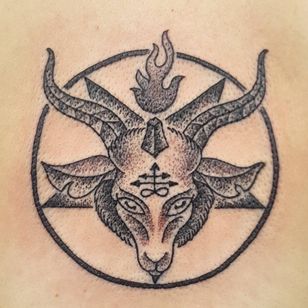 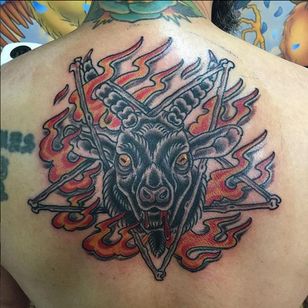 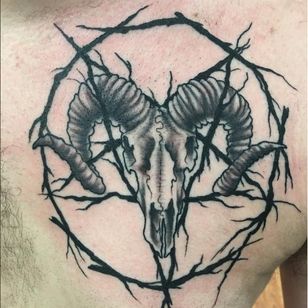 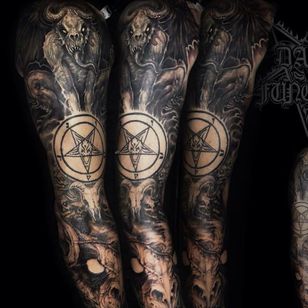 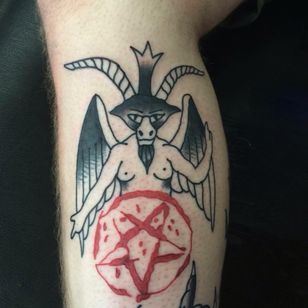 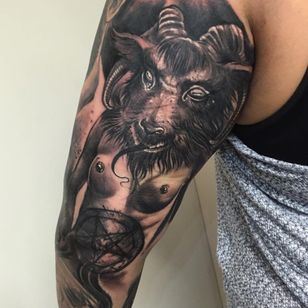 To see more dark body art, make sure to follow all of these artists on Instagram. Should you want a Sigil of Baphomet to show that you are also a practicing member of the Church of Satan, have one of them tattoo the symbol on you.