Tattoos with themes of nature are pretty common, which is definitely not a bad thing. There are so many different aspects and concepts within the broad spectrum of what is defined as "nature", so there are about a billion different ways you can go with it....for this particular homage to the natural world, we've selected a few snail tattoos that visualize one of the strangest little guys in the animal kingdom. Whether living on land, in the ocean, or in lakes across the world, snails may be tiny or huge. Just check out the species of African Giant land snail...it can grow up to 15.5" long and is regularly quarantined during US border checks since it's regarded as a serious pest that can effect the state of agriculture! 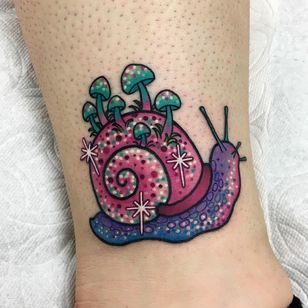 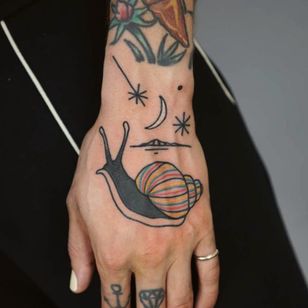 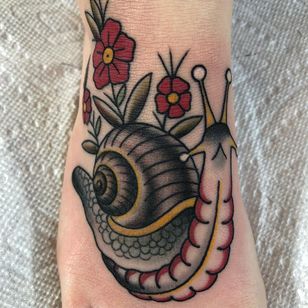 Think that African Giant is big? Check out images of Syrinx aruanus....this is a sea based snail that can grow to be up to 40 pounds! How insane it that? And although most of these snail tattoos are pretty small in size, we can only imagine how much skin a realistic portrait of that sea creature would take. Just as they vary in size, snails also vary in color, and physical attributes. Some have gills, and some have lungs! And if you haven't already checked out the mating ritual of snails, head on over to Youtube to check out the French documentary Microcosmos. It's shot a lot like Planet Earth, with incredible detail and an emotive soundtrack. You'll never look at animal life the same again. 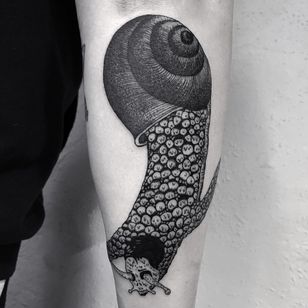 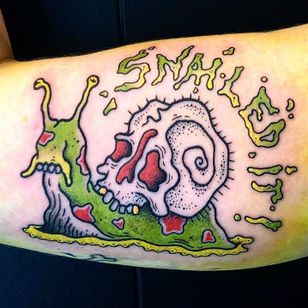 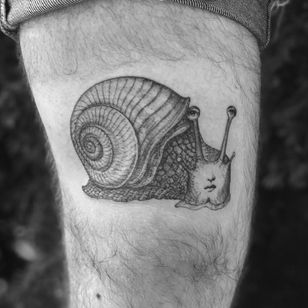 Just like many other aspect of the visual world, the snail holds a lot of symbolism and may be part of the reason why people love to get it tattooed. The spiral of their shell represents the cycle of life, and the rotation of the Earth around the sun. Love snail spirals as much as you love snail tattoos? Then you will probably love Frankie Sexton's tattoo of an Uzumaki character. The manga, created by dark artists extraordinaire Junji Ito, is about a town plagued by spirals of all kinds...even ones that turn humans into snails! 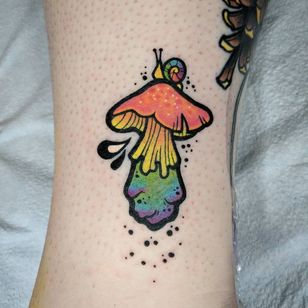 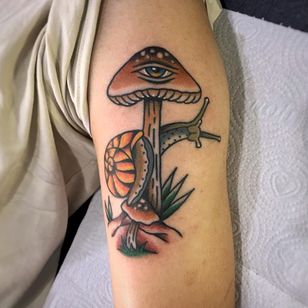 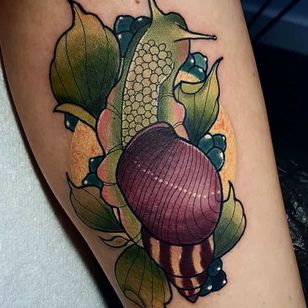 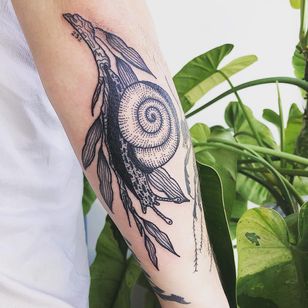 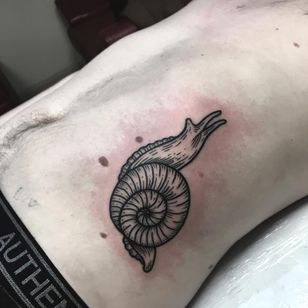 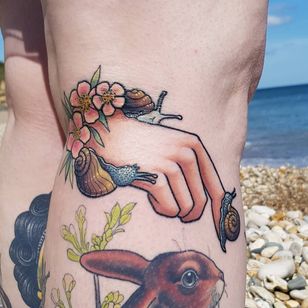