WWE Superstars are known for their high-flying antics, daring athletic feats, and also the fact that their sport is scripted. Yes, the outcomes are predetermined and a lot of their speeches are written, but who cares?! It's fucking entertaining! And if you disagree with me, you can fake fight me, just like my favorite WWE performers. I'd love that actually... Seriously... Let's wrestle.

Some WWE Superstars are also covered in some badass and on-brand ink. What's more intimidating than seeing a mammoth of a man coming at you with malicious intent who is covered in tattoos? Even if the matches are predetermined, I think many people would have a couple of new brown stains in their pants. 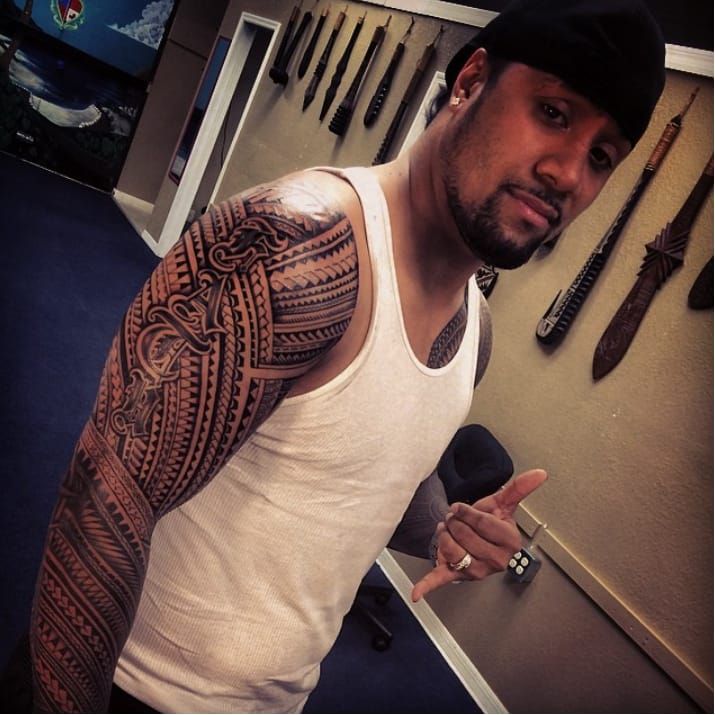 Jimmy Uso, along with his twin brother Jey, have impressive Polynesian-style tattoos. The brothers are of Samoan descent, and they wear it on their sleeve. Literally. Their tattoos are heavily inspired by Samoan designs, and their sleeves are as intricate as they are beautiful. 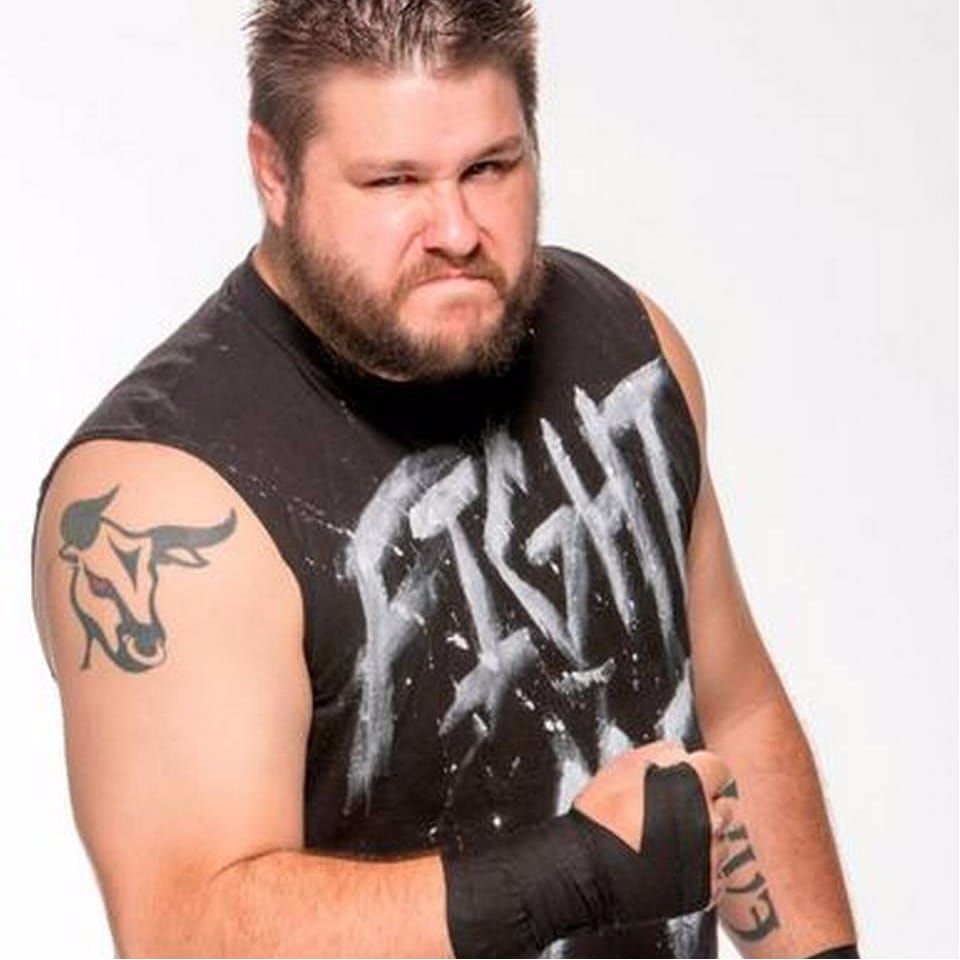 Kevin Owens, as of this writing, is the WWE Universal Champion. He's a bull of a man, vicious and brutal, so it's only fitting that he would have a bull tattooed on his arm. Additionally, Owens is a Taurus... which makes the tattoo a little less badass, but I would never say that to his face. 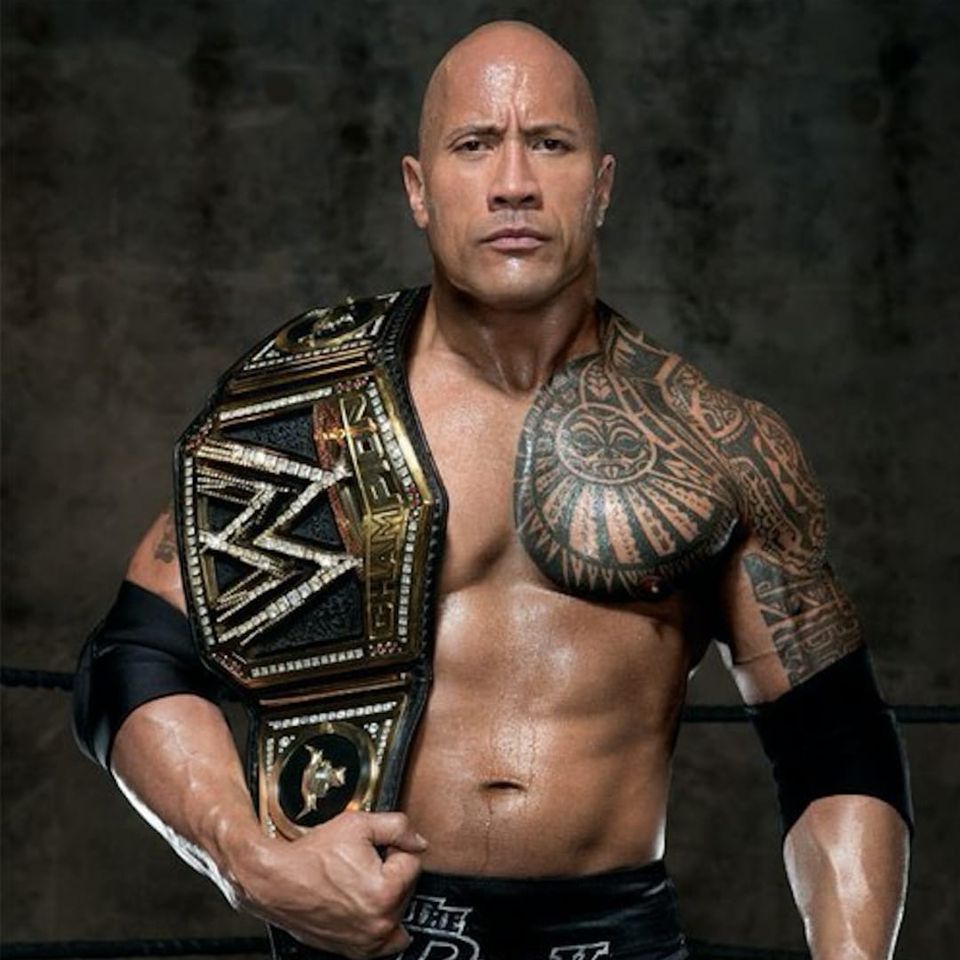 The Rock. You can see his awesome traditional sleeve, but under that belt his the Brahma Bull's first ink. #WWE #WWESuperstars #Wrestling #TheRock #samoan

Oh, you might recognize this guy from EVERY MOVIE EVER. Dwayne "The Rock" Johnson was named the highest paid actor of 2016, and is all over the place. His roots are with WWE though, and his Samoan sleeve is absolutely gorgeous, a great way to celebrate his heritage. 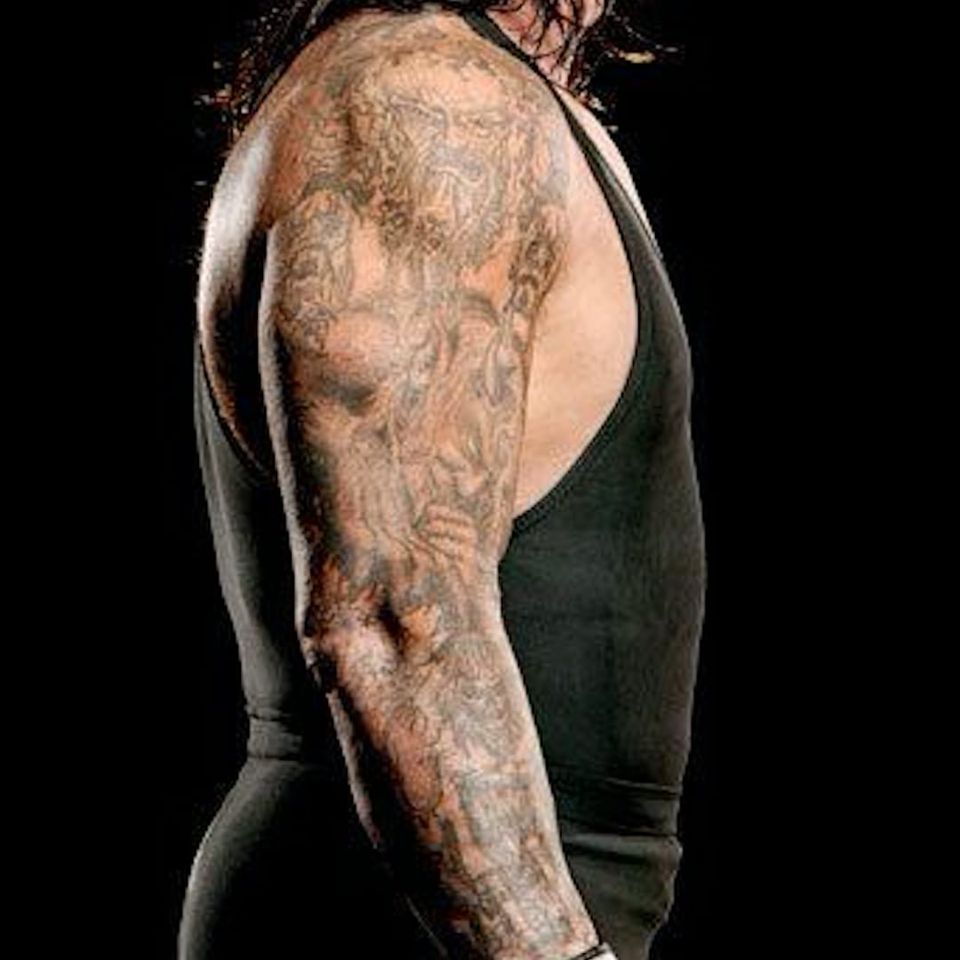 The Deadman, The Phenom, The Undertaker. There might not be a more intimidating presence than The Undertaker, who stands at roughly 7 feet tall, and, for all intents and purposes, is supposed to be an undead master of the dark arts. So, you might find it fitting that his entire right sleeve is consumed with demons, skulls, and demonic symbols. Haunting. 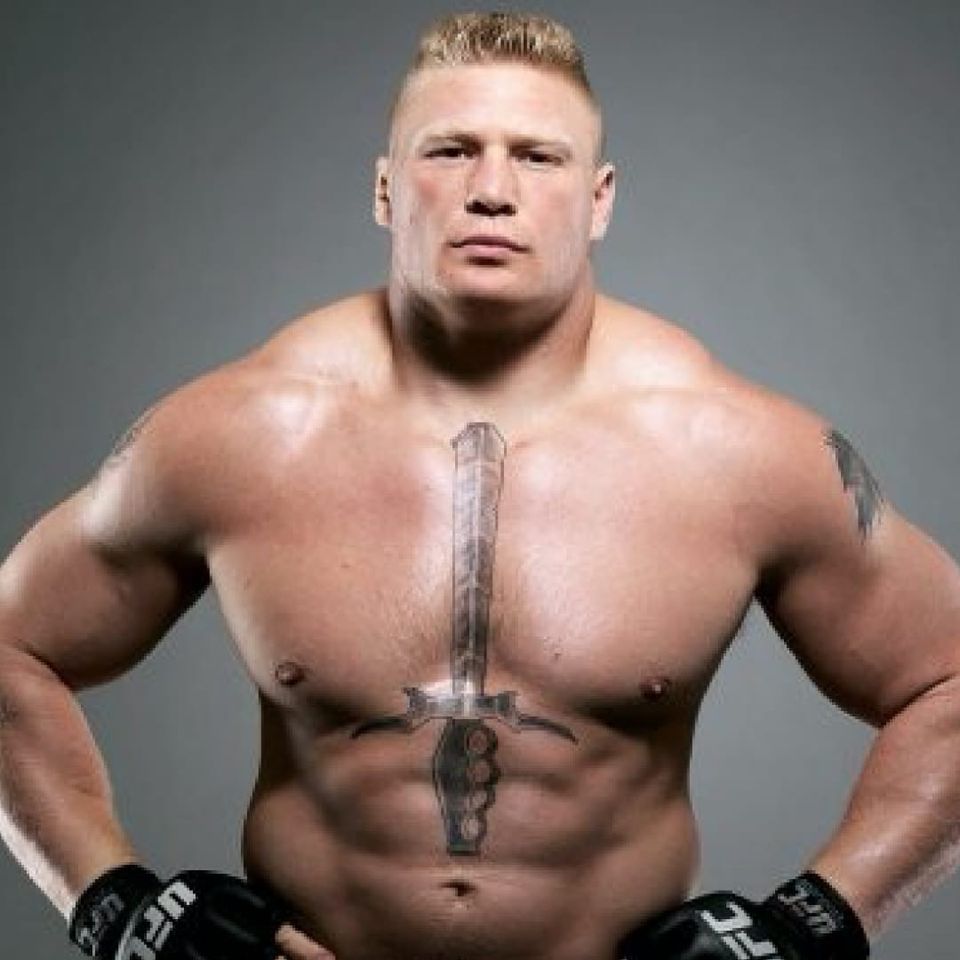 Well, if ever there were a more imposing figure in wrestling, it would be the man who ended The Undertaker's unbeaten streak at Wrestlemania. Brock Lesnar's chest tattoo of a giant sword (with a frickin' brass knuckle grip!) is terrifying, especially considering the man who it's on. Lesnar claimed in his book that he got the piece in 2005, when he was feeling very stressed and felt like he had a "sword right up against my throat." Former WWE Diva's Champion, Paige, recently got tattooed on her side. She got the name of her current beau and former WWE Champion, Alberto Del Rio. The relationship has been the center of much controversy within the industry, with Del Rio quitting and Paige apparently in hot water with the higher-ups. All that drama didn't stop her from getting the fresh ink though, which could be a sign of defiance from the "Anti-Diva." 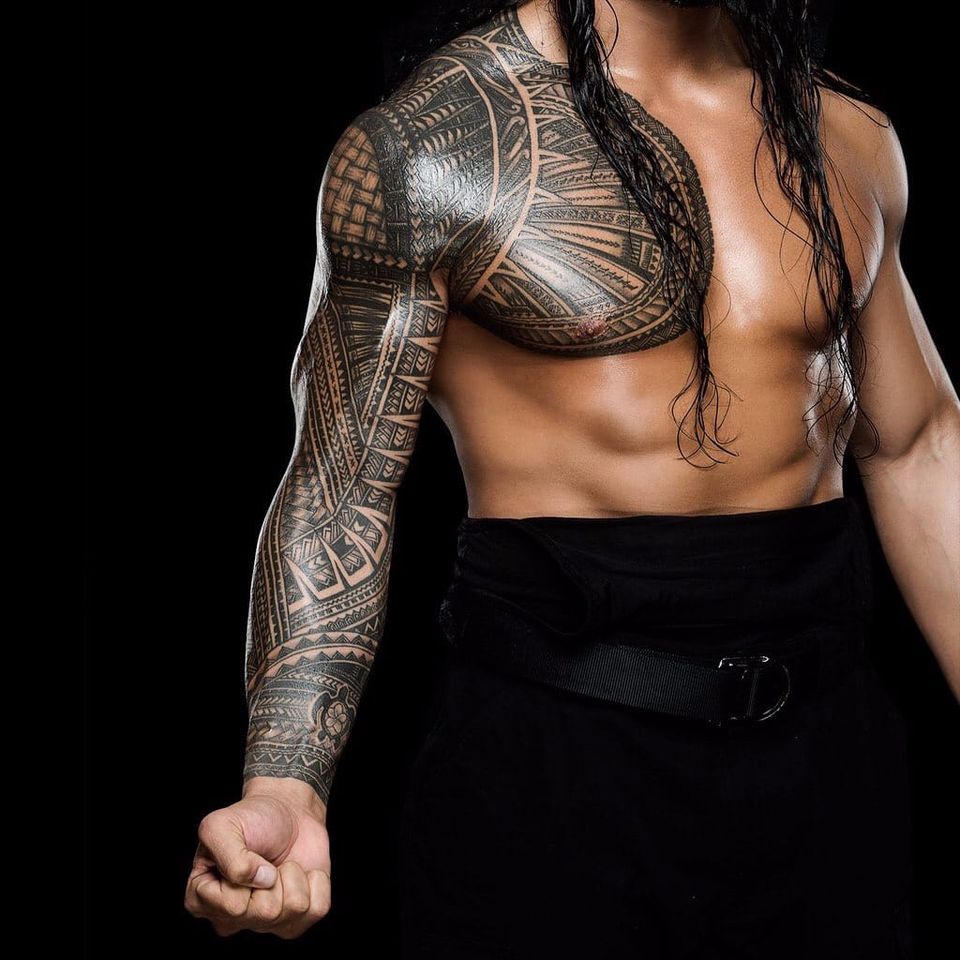 Roman Reigns' Samoan heritage is on full display with his huge Polynesian-style art. The cousin of Jimmy and Jey Uso, Reigns decided to adorn his body with a Samoan sleeve, done by legendary tattoo artist Samoan Mike. The piece took 17 hours to complete, a feat Reigns took as a challenge. Challenge accepted, challenge completed. 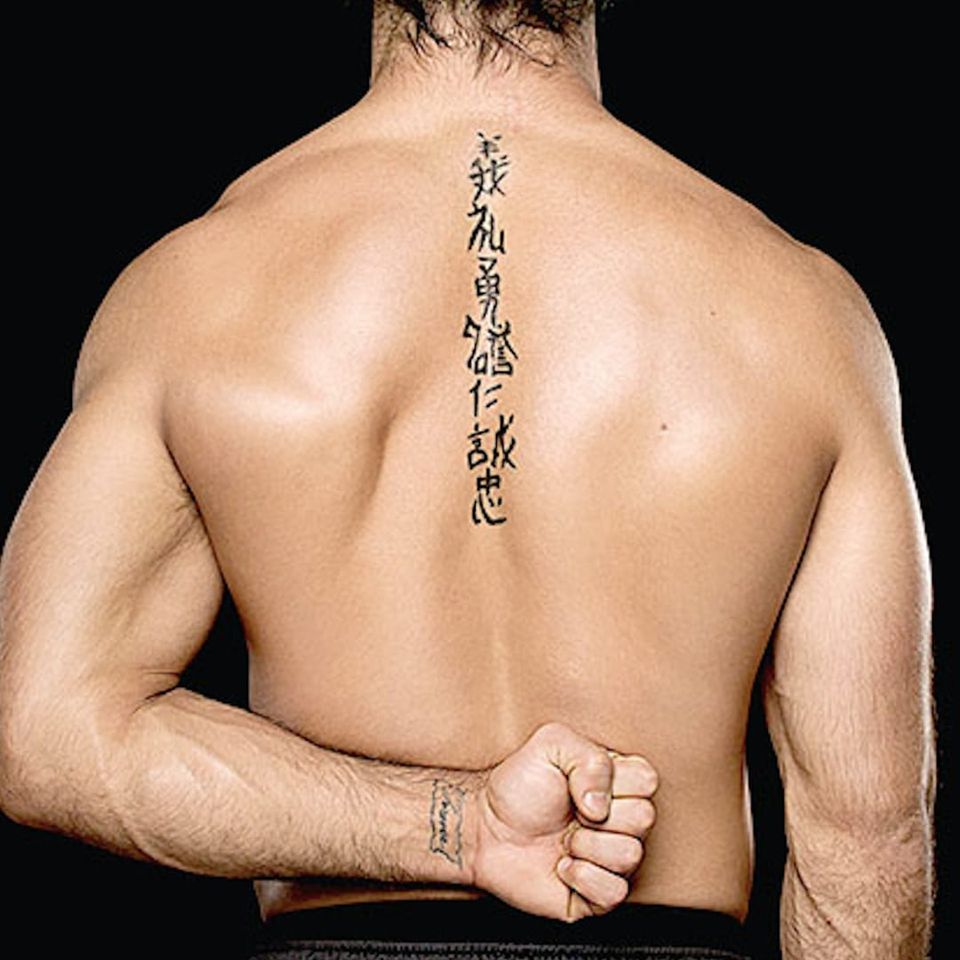 Seth Rollins claims that he is "The Man" in the WWE, and it's hard to disagree. He has accomplished more in his short span on the main roster than many have in their entire career. Rollins has a back tattoo that is inspired by the bushido, or "the way of the warrior." He got the inspiration for the ink from the Tom Cruise film, The Last Samurai. 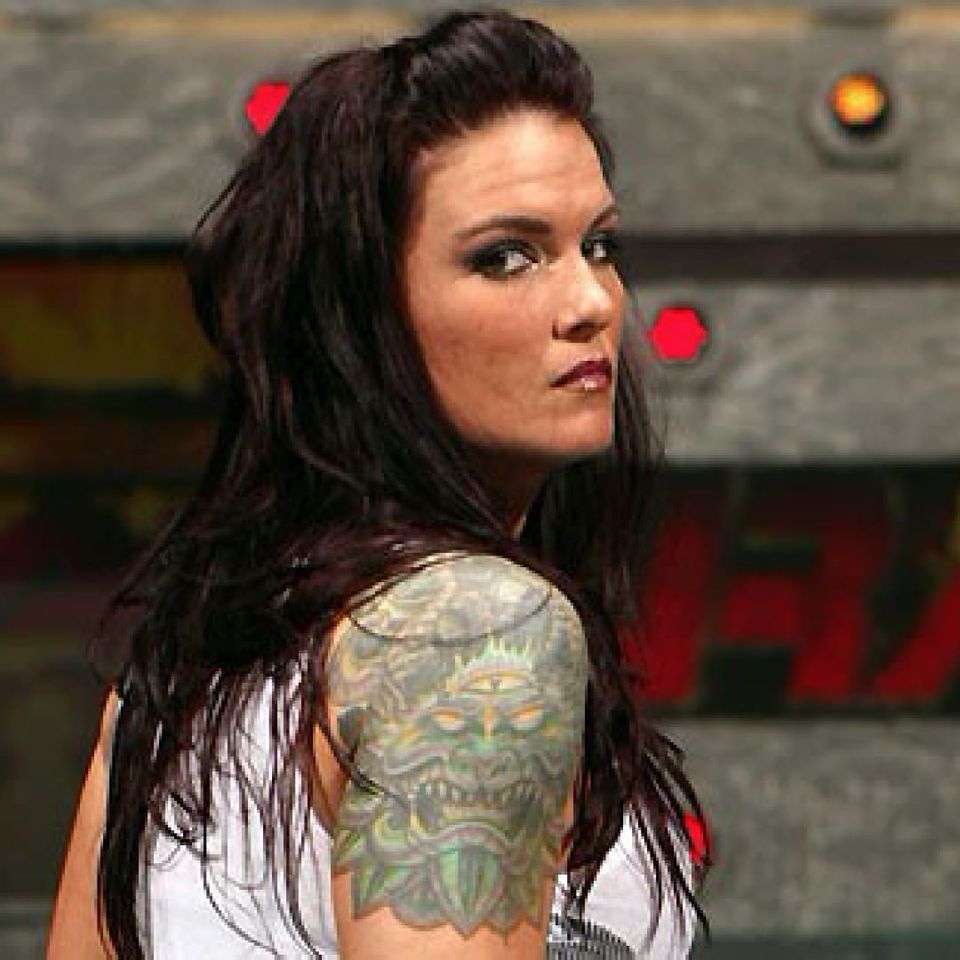 Women's wrestling legend Lita got her upper arm tattoo while in Amsterdam. She stopped into a shop and let the artist do whatever he wanted. Just so happens the artist wanted to make an amazingly badass three-eyed demon that day. Lucky her! 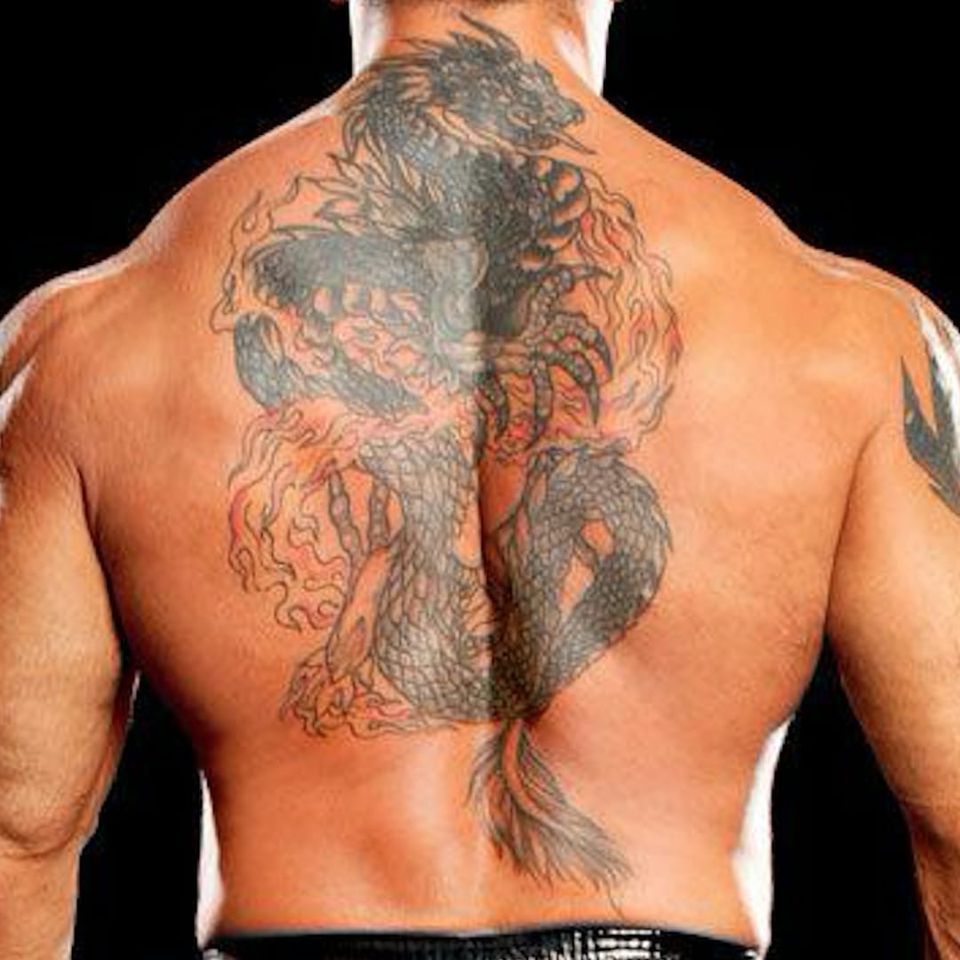 Batista is a superstar both in and out of the ring. #WWE #WWESuperstars #Wrestling #DaveBatista #Dragon

Dave Batista, known in the WWE as "The Animal" has become a newly-minted blockbuster hit, starring in movies like The Guardians of the Galaxy and Spectre. The larger-than-life athlete has a bevy of tattoos on his body. The large-scale Chinese dragon on his back, according to Batista, represents his warrior spirit. He has other tattoos that pay tribute to his heritage and other pieces that are simply decorative. 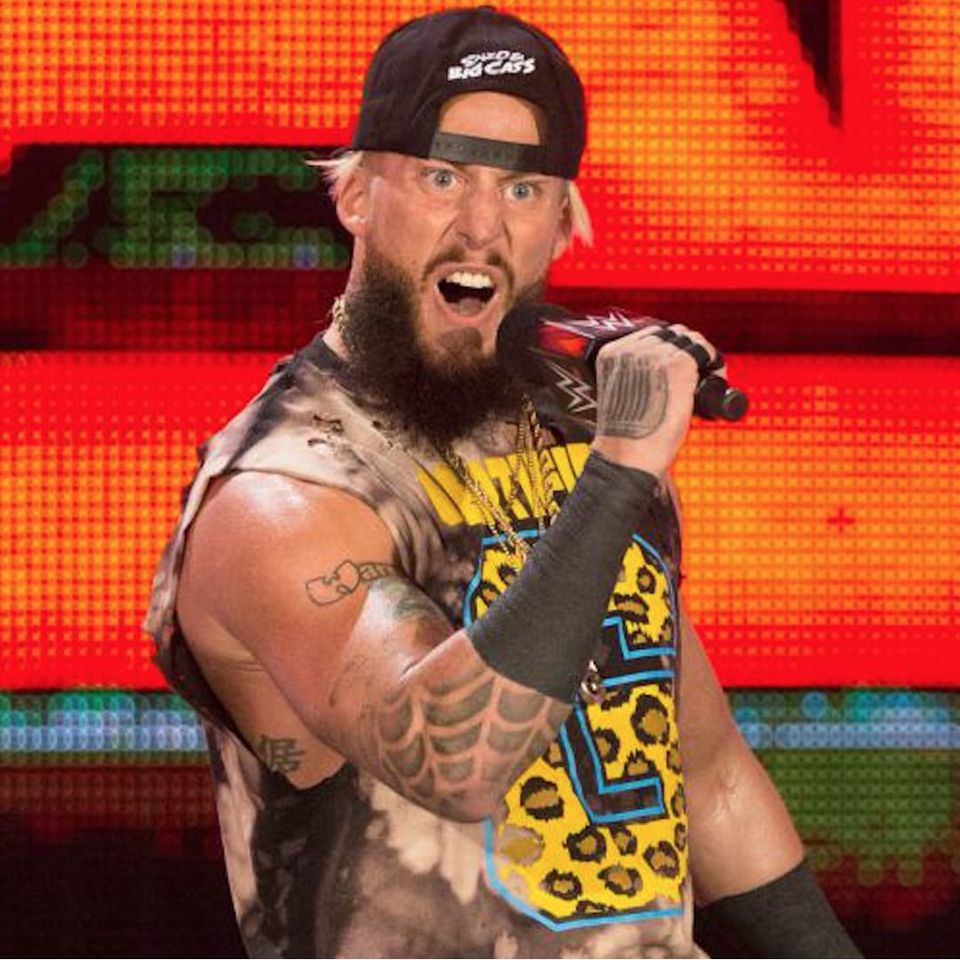 Self-proclaimed Smack-talker Skywalker, The Certified G, The Realest Guy in the Room, Enzo Amore has tattoos placed all over his body. One of his most significant is the microphone tattoo on his hand. Amore is known for his smack talk, so what better way to represent that than to have a mic always in/on his hand. 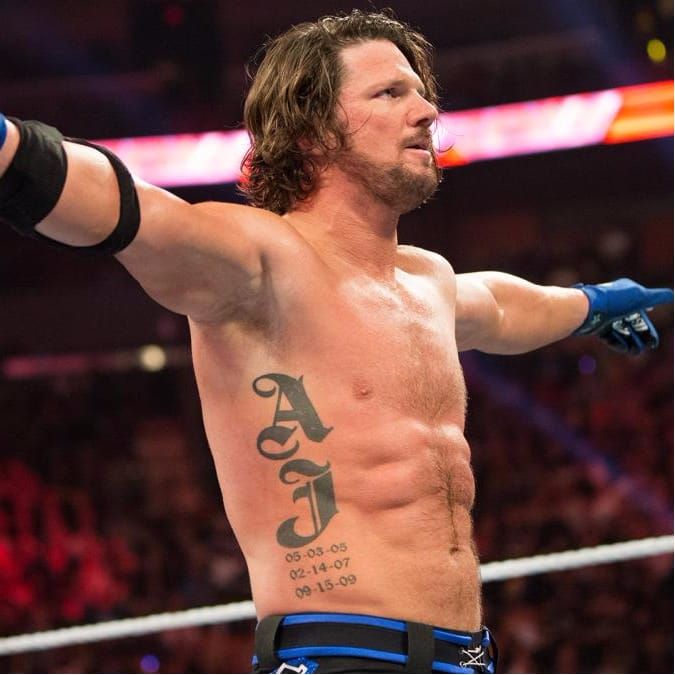 What do those dates on the side of AJ Styles mean? #WWE #WWESuperstars #Wrestling #AJStyles #Lettering

"The Phenomenal One," AJ Styles has incredibly meaningful tattoos on his body. The lettering and dates on his body represent the initials of his children and their birthdays. Awwww! Definitely not as badass or intimidating, but certainly more sentimental and adorable. Styles recently had to hit up his artist again because he and his wife just had a little baby girl.

WWE celebrates their ties to the tattoo community, and they even have a show dedicated to explaining the meaning and significance behind a Superstar's tattoo. Tattoo enthusiast, former competitor, and current WWE commentator Corey Graves hosts Superstar Ink and gives you a glimpse into the lives and personalities of these amazing athletes.