There is no other way to accurately express your love for a character, celebrity, or just general mystique than with a portrait. More often than not, however, a mere face cannot accurately depict the full spectrum of their personality. Surreal portraits that feature scenes and iconic imagery create a much more accurate depiction of beloved characters, and artists like Jay Joree, Keely Rutherford, Pietro Sedda, and Sam Kane are leading the way. In case you’re in the market for a memorial David Bowie piece, an outstanding tribute to the one and only Special Agent Dale Cooper, or maybe you’re just a fan of incredibly bizarre surrealism, these surreal portraits are sure to give you a bit of inspiration. 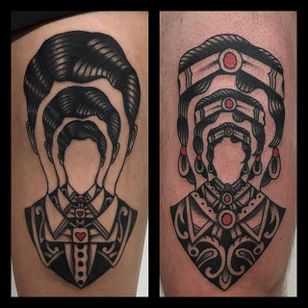 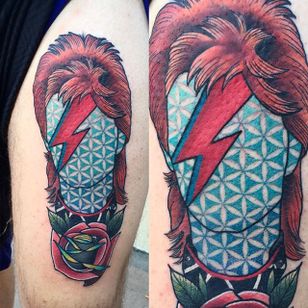 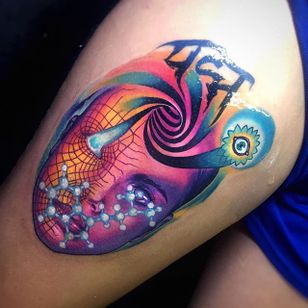 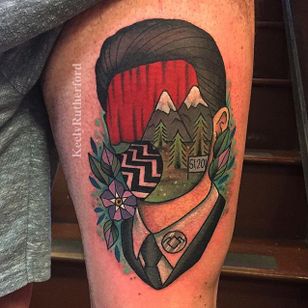 When Twin Peaks first aired in 1990, it was to relative success, but no character (save for maybe the Log Lady) garnered quite as much of a devoted fan base than Special Agent Dale Cooper. Maybe it was his devotion to finding the truth behind who killed Laura Palmer, or maybe it was his proclivity for cherry pie, but something about him stuck with fans for years, and to this day you can still find folks dressing up as the special agent during Halloween or even at Twin Peaks nights at bars across the country. Artist Keely Rutherford is fully aware of this fact, and in lieu of creating a no fuss portrait, opts instead to include all the subtle nuances that only true Twin Peaks fans will fully appreciate. The Red Room, the iconic scenery surrounding Twin Peaks (complete with population sign), and of course his perfectly tailored suit and slicked back hair are all integral pieces that compose Rutherford’s surreal rendition of our beloved Special Agent. 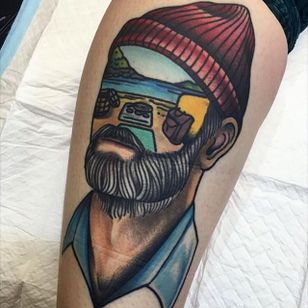 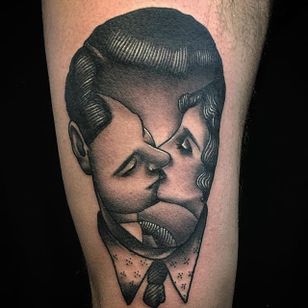 To denote a Luke Skywalker tattoo by the addition of a green light saber or his classic white linen robes would be taking the easy route, and artist Jay Joree’s work is anything but predictable. Opting for a more emotional approach, Joree instead take the time to include but the one scene that weighs the heaviest on Luke’s mind — Obi Wan’s death. Through this specific use of surreal portraiture, Joree’s rendition says more about Luke’s character than any traditional portrait ever could. 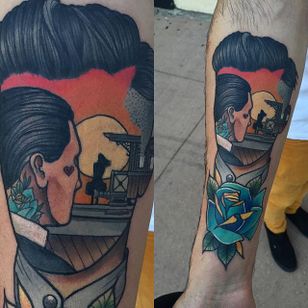 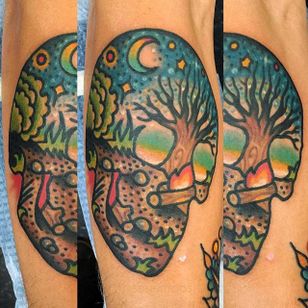 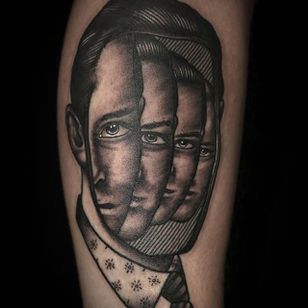 Artist Pietro Sedda’s work is some of the most innovative surreal portraiture we’ve seen in recent years. Producing predominantly black and grey work, his pieces often include mirrored faces, heartfelt scenes of star crossed lovers, and occasionally just downright bizarre patterns. Through these techniques, Sedda is able to express certain emotions like longing, emotional turmoil, and regret to create a complex character. While other artists often employ the use of surreal portraiture to connote depth to the fictional character whose essence they’re trying to capture, Sedda’s opts instead to create his own, ones which are unmistakably mysterious.