Paris-based tattoo artist Lewis Ink's geometric works are complete pointillism-slash-optical-illusion porn. Trippy goodness. When he was younger, Lewis' mother dated a heavily tattooed blacksmith. That was the first time Lewis was exposed to tattoos up close and it immediately piqued his interest. Even when he was a little boy, he's always been artistically-inclined and that's how he knew art is the only future he can see himself in. At 14, he fell in love with geometry and that's where his present style dug its roots into him. Since then, he hasn't stopped pursuing art, educating himself, and absorbing as much as he can to improve his work. 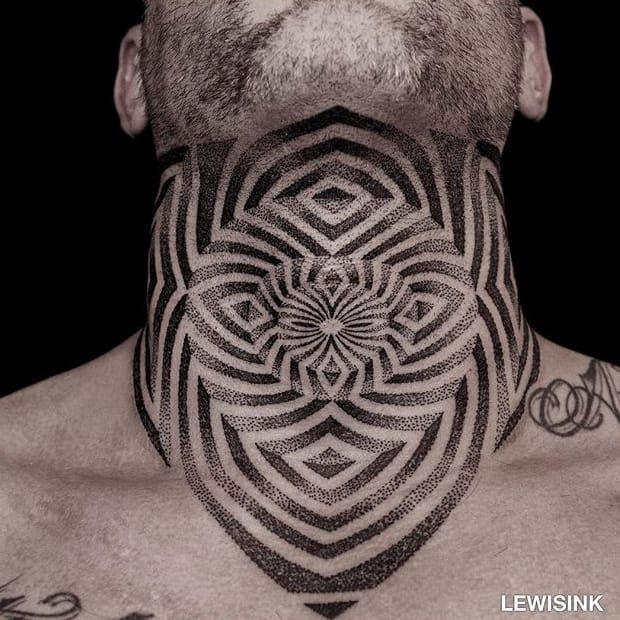 His dedication to his passion earned him almost seven years of graphic design education to give him all the knowledge he needs in creating geometric tattoos. "I never wanted to be a graphic designer. I just needed to learn the tools so I could use them in my own work as well as in tattooing today," he wrote, explaining why he endured the extensive study of graphic design without the intention of pursuing it as a career. ‘I had to learn a lot from computers to be able to create more complex patterns and geometric shapes than I could do by hand.’ 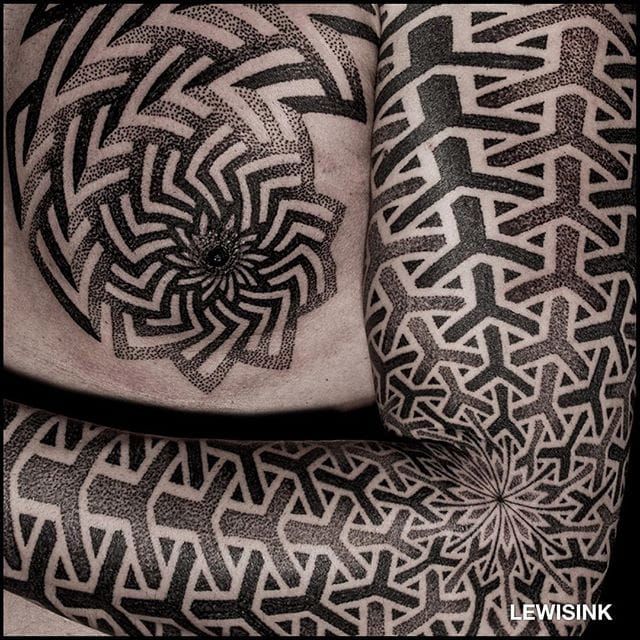 Thankfully, all his hard work paid off and he is now able to design flawless, highly-detailed, geometric pieces that will simply blow one's wits away with their complexity and precision. Lewis' expertise is very evident with each dot by agonising dot and every painfully straight line he aligns with the other. A true craftsman who knows very well the price of a true skill. 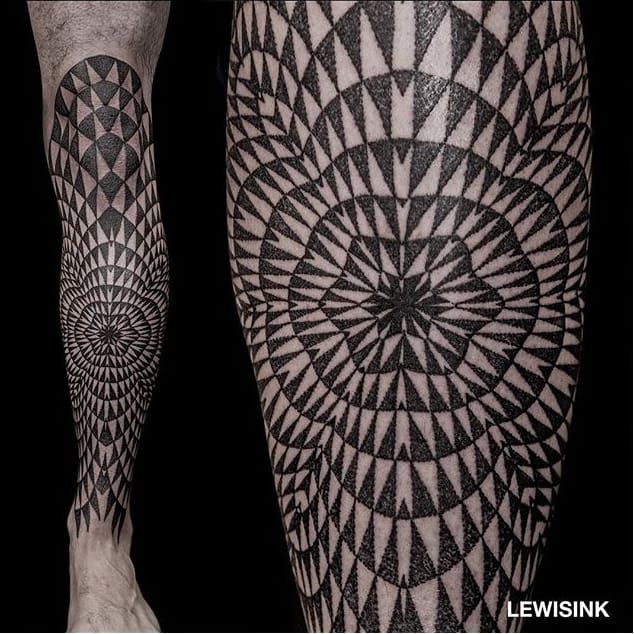 Lewis also has his graphic design background to thank for his pointillism tattoos heavy with surreal optical-illusion imagery. It truly takes one dedicated artist to put a gargantuan amount of effort to achieve perfection.

It may be fairly undemanding to know all the crooks and crannies of Photoshop and Illustrator, but to replicate it into skin of a breathing person? It takes a lot. 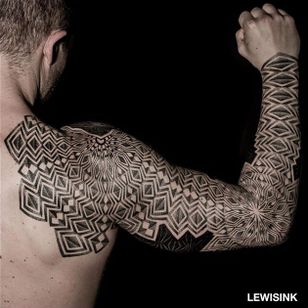 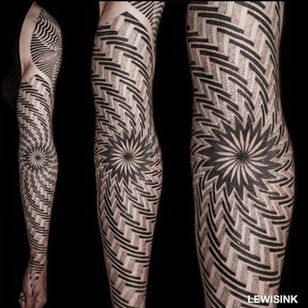 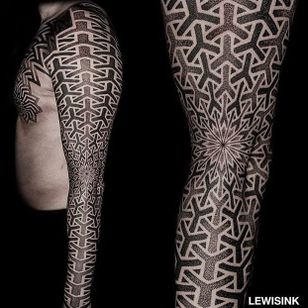 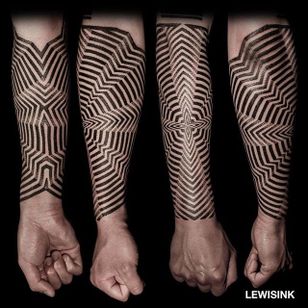 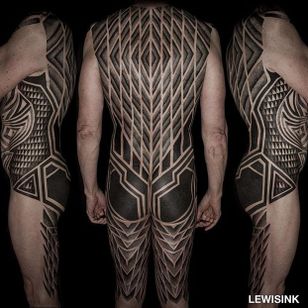 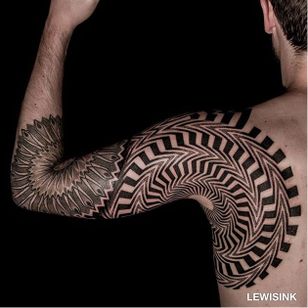 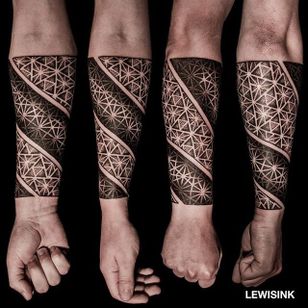 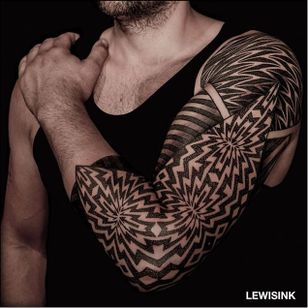 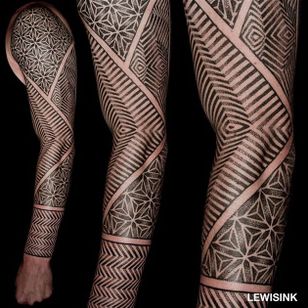 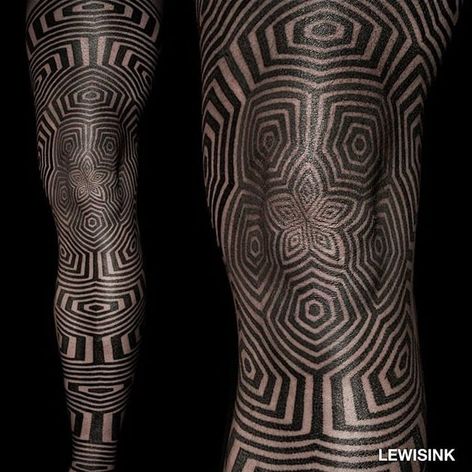 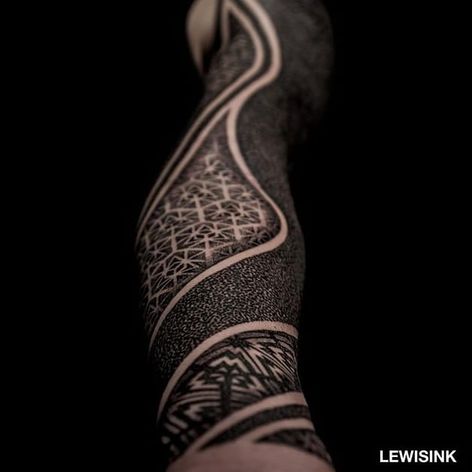