Lovers of Otaku culture, comic books, and superheroes will find a special home within Chris Morris's vivid recreations of fan favorites. Embracing his admiration for all things nerd-core and by finding empowerment through flying a freak flag for all to see, Chris has encapsulated for himself, and his clients, an enthralling and cathartic adventure in tattoo form.

In this interview, Chris Morris talks about finding his way into the tattoo industry, his deep appreciation for pop culture, and why face to face customer appreciation outranks any social media response.

How did you get into tattooing and why was it something you were drawn to?

I actually never intended to go into tattooing before the opportunity presented itself to me. I had no background in art and I was actually studying for a degree in ancient history at university with the intention of becoming a historian and teacher. I’d been fascinated by tattoos from a young age so by the time I was in uni I was already quite heavily tattooed and it was through researching images and discussing designs with the local tattoo artist in town that I was eventually offered the opportunity of beginning an apprenticeship. I completed the final year of my degree at the same time as the first year of my apprentice; working at the studio in the day and then catching up on the lectures via video recordings in the evening.

I still love the subject matter of my degree to this day but I think that when you study an academic subject to that degree it takes some of the magic and charm away from it, and so tattooing brought this creativity and freedom of expression which I’d lost through my studies. 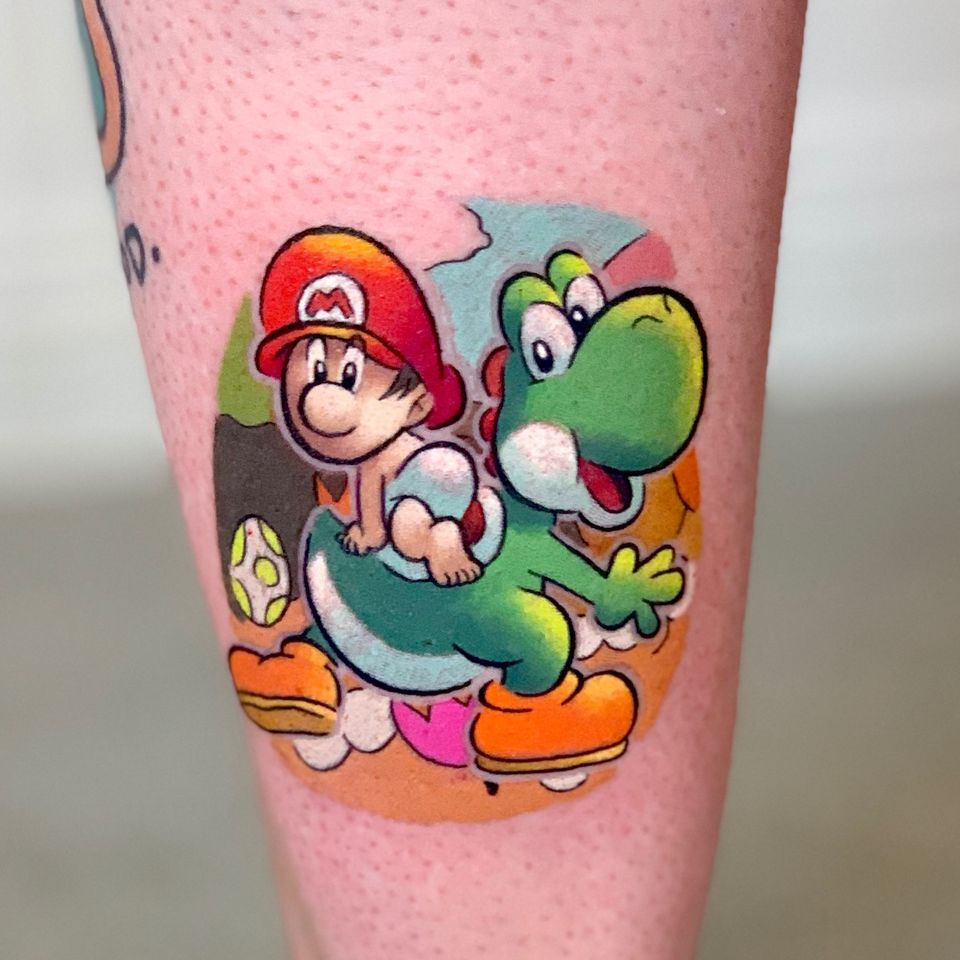 Can you talk about your inspirations, and how your style has evolved over the years?

Initially my only real experience of anything artistic had been some pretty dodgy tattoo studios and my study of Greek and Roman sculpture during my degree. When I first started my apprenticeship this was my only base of reference so I began designing very generic 90’s flash alongside black and grey pencil drawings of my favourite sculptures. I imagined that when I was good enough I would specialize in tattooing black and grey realism, and hopefully carve out a niche for myself using the sculptures as reference. 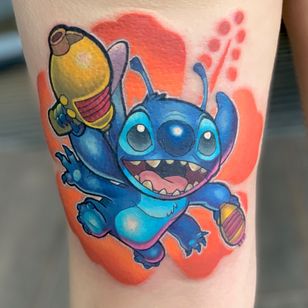 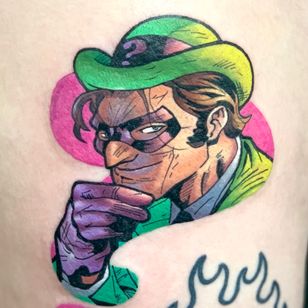 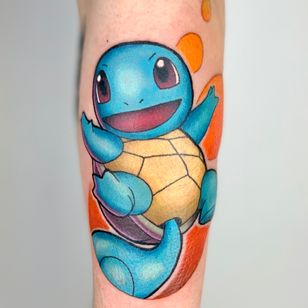 As my understanding of tattooing increased so too did the limitations to what I could do start to fall away. This just opened up so many paths for me in terms of how I could take inspiration from around me and bring it into my work. My biggest passions have always involved the geekiest parts of my personality; I’m a huge fan of comic books, cartoons, Disney, video games, and pop culture as a whole. Understanding that I could create tattoos from the images I find in these mediums was a revelation to me and completely changed the direction my work took.

Who are the tattooers, or fine artists/movements, that have inspired you over the years?

My entire outlook on what tattooing could be changed when I came across the work of my now friend, Leah Moule. I honestly had no idea you could make tattoos look so colourful, as this was my first encounter with New School tattooing. This just opened up so many possibilities for me because now it was almost like I realized that a design wasn’t limited by the fact that it needed to be tattooed into the skin, anything could be translated into a tattoo if you learnt the correct techniques. It just made me want to learn as much as I possibly could. 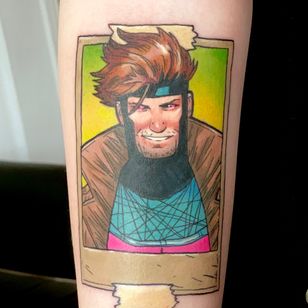 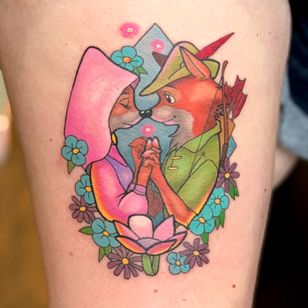 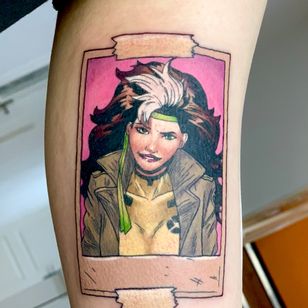 I would say that from beginning my apprenticeship to about 3-4 years in my learning curve was pretty shallow. I tried to learn as much as I could from the artists around me but it was a case of picking up bits and pieces here and there. I very much consider that my career hit a turning point when I met Mark Bester in 2016. At this point Mark had begun hosting seminars for established tattoo artists at his studio, Marked For Life, and he would invite artists who specialized in a variety of fields to run these seminars to small groups of tattooists from all over the UK. 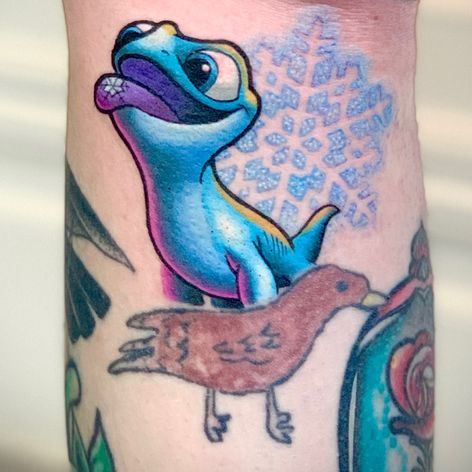 I can’t even put into words the difference these seminars made to my career, not only in the amount I learnt from the artists teaching the seminars but also from the friends and networks I made from the other artists attending. I’ve attended countless guest spots and even moved studios a couple times based on these relationships I built at this time, and I can also look back at my work and see the improvement as a direct result. Personally I feel that the UK is severely lacking in the number of seminars being made available in comparison to other countries, and that’s something that’s only to our detriment. 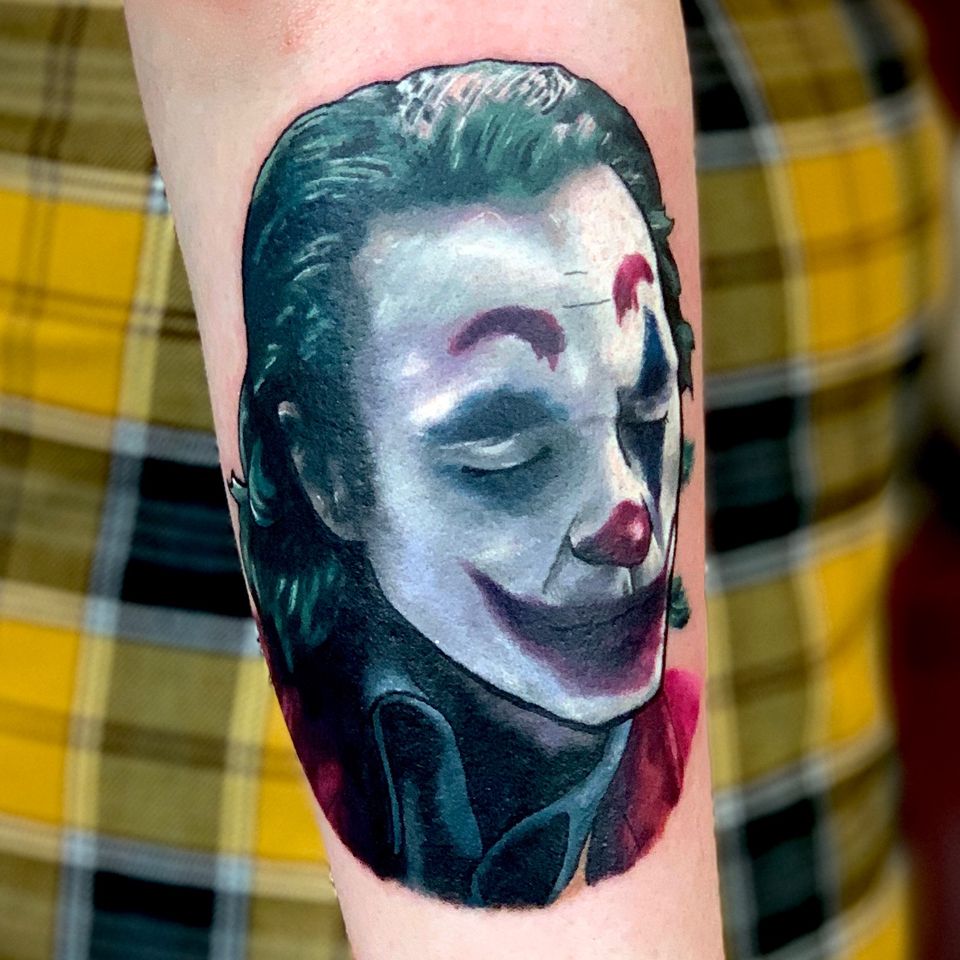 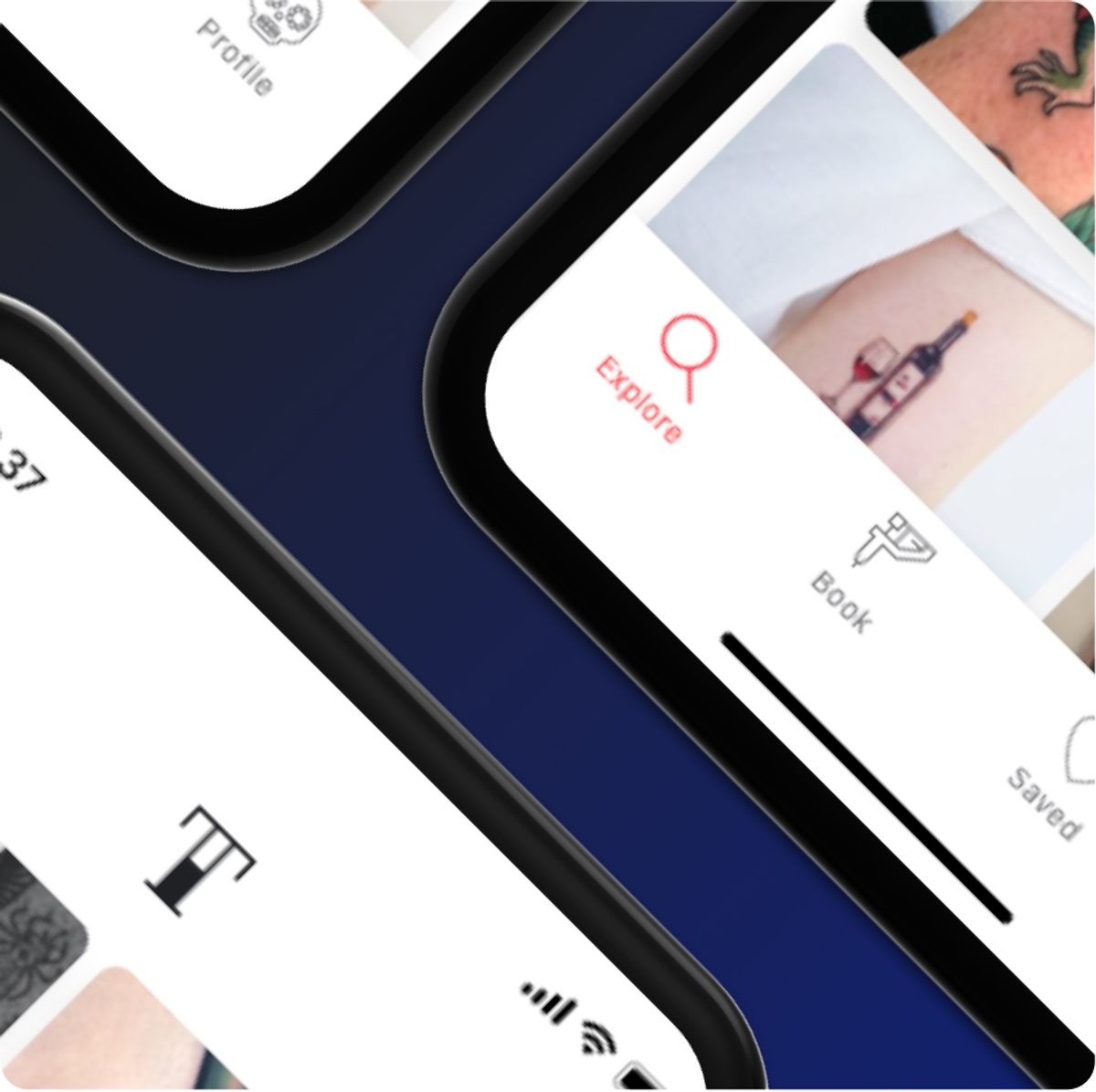 Many artists have a philosophy or motivation behind their work...what would you say is yours? How do you define success?

I think, like many artists, I suffer from a severe lack of confidence in my own abilities and I’m incredibly critical of myself and my work. In our current environment when social media is so critical to gaining exposure amongst your potential clients and promoting your work I think it’s so easy to fall into the trap of basing your success upon the reception your work receives on these platforms. You can find yourself chasing “likes” and having a piece of work that you were really happy with suddenly becoming soured because it wasn’t as widely well received as you hoped.

It’s a really tough mentality to get out of but I try my best to just base my success upon my customers. If I tattoo someone and they love the work then their reaction is more meaningful than anything I could find on social media. 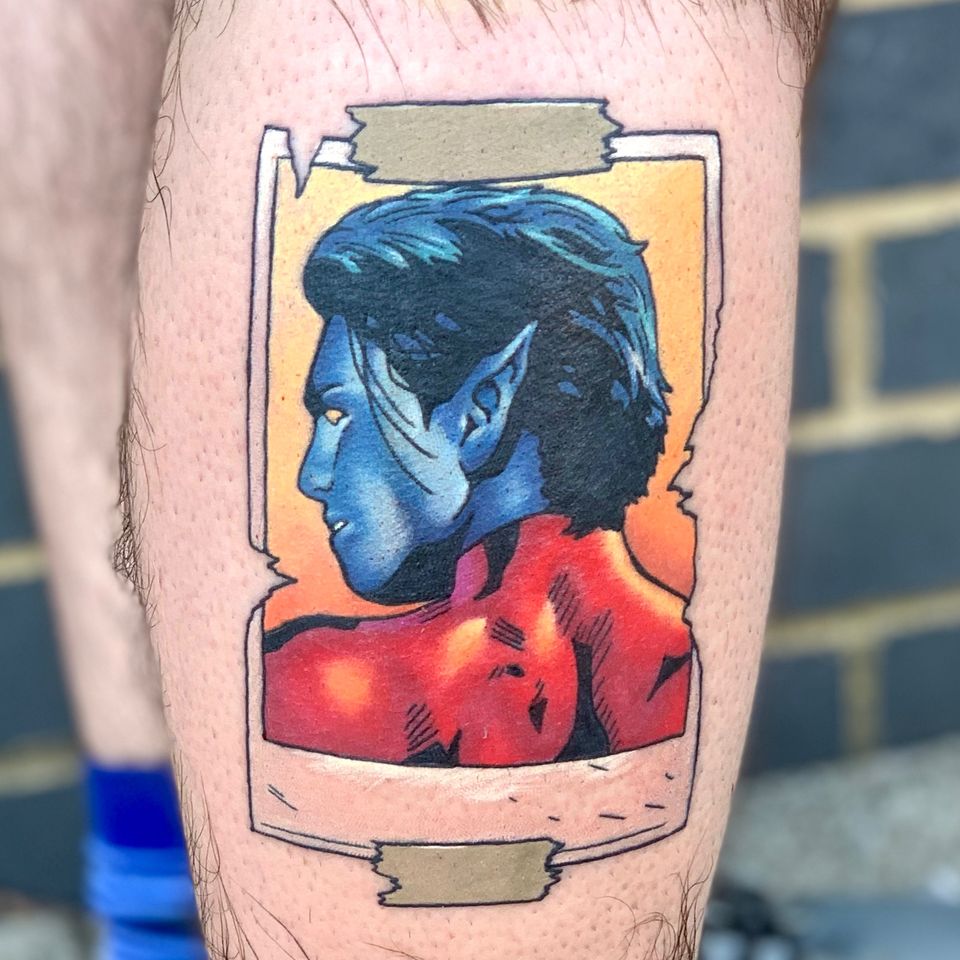 I heard someone say once “Make every tattoo the best tattoo you’ve ever done”, and that really stuck with me. It’s something I’ve tried to apply to all of my work. It’s something that’s also really helped me get past some of the self confidence issues I’ve had as well because so long as I can sit back at the end of the day and know that I gave it absolutely everything I had then I can be ok with that.
I think with social media being so prevalent in our lives it can be easy to focus on trying to match up to other artists posting their best work online and lose sight of the most important thing which is your own customers. So long as you are doing your absolute best work every time, regardless of the subject matter, then that’s all you can do. 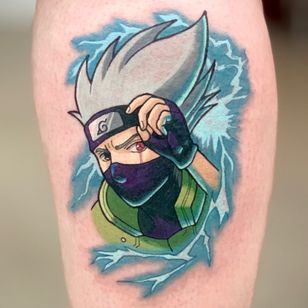 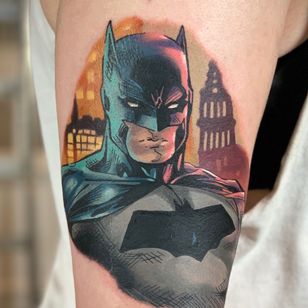 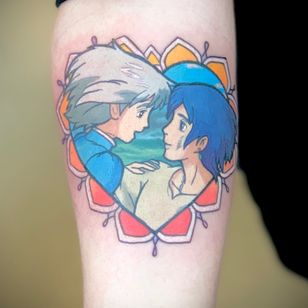 Make every roman numeral the cleanest, straightest roman numeral you’ve ever done; every feather the softest looking thing your portfolio’s ever seen. Nobody should be leaving the studio getting anything less than your absolute best work and I think if you just focus on that mindset then everything else falls into place. And it’s never wasted effort in regards to you work either because if you do 1000 infinity symbols and really focus on the quality of the work then you better believe that when that backpiece you’ve always wanted to do walks in the door your linework is going to be crispy as fuck! 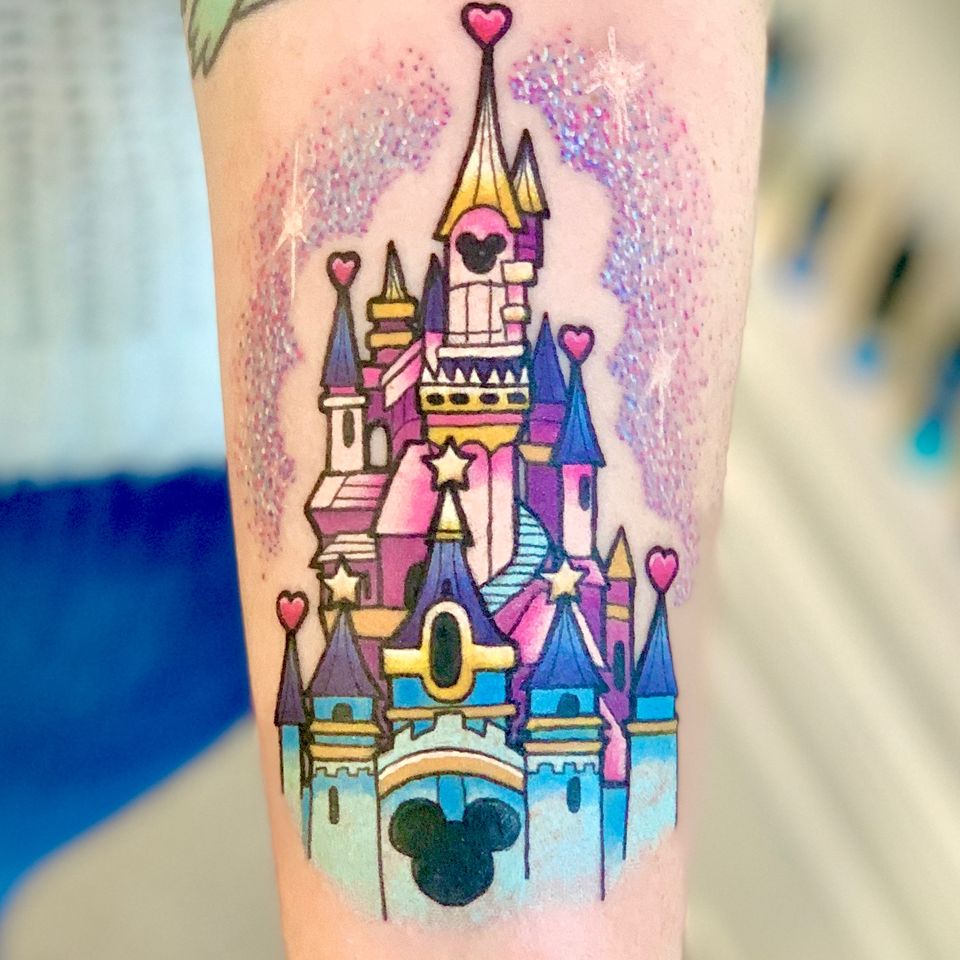 I’m a massive geek, so whatever I’m doing there’s probably going to be something involving comics, Disney, video games, pro wrestling, RPG’s, or a variety of other nerdy crap involved! Generally speaking though I’m always drawing in one way or another. Whether it’s for a tattoo design or just for fun there’s usually going to be a half finished design within arm’s reach.

I’ve thought for a while that I really need to find a hobby outside of tattooing that isn’t just drawing something I’m not getting paid for. It can be mentally exhausting not having something else to focus on but I really struggle to switch off. I’ve only had one vacation in the last 13 years and that was only because I had a guest spot fall through at the last minute so I just went to Hong Kong anyway haha. Turns out Hong Kong has a Disneyland! 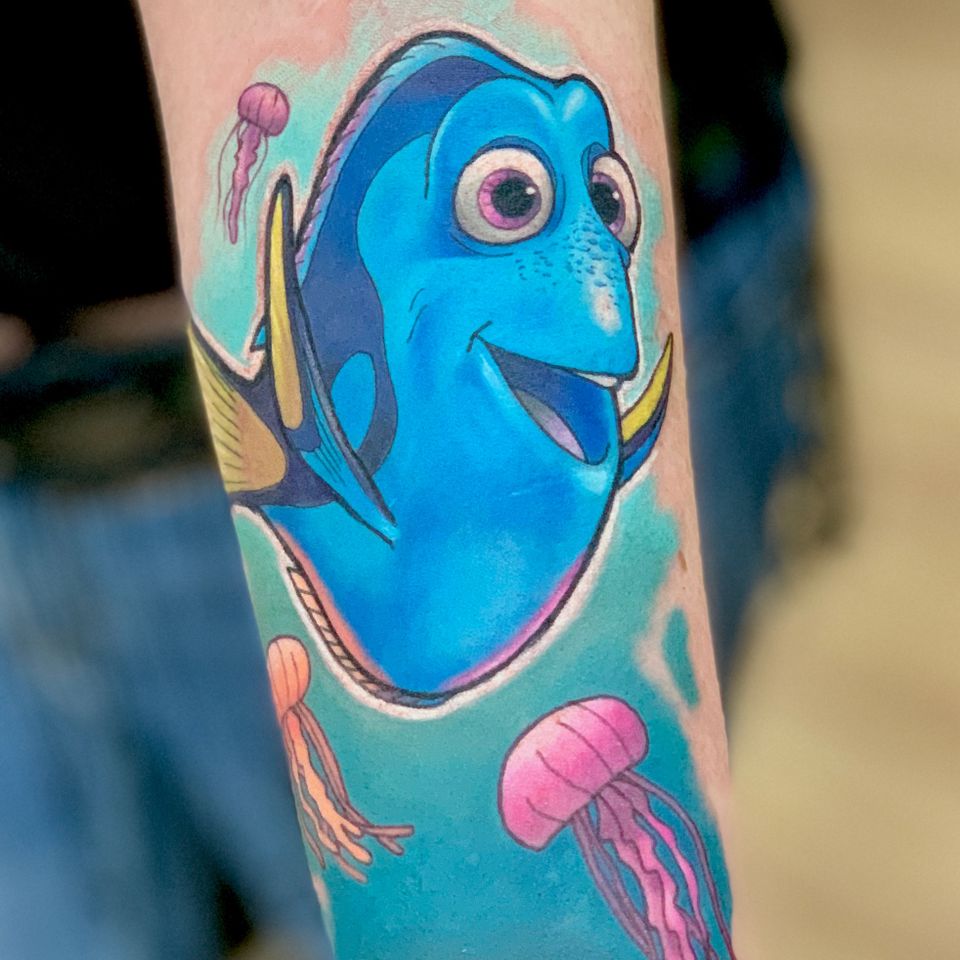 Well at the moment I’m writing this while sat on my own in my one bedroom apartment on lockdown from Covid-19, so my main plans for the future involve trying to find some way of getting through this without losing my mind or going bankrupt. Once we get to the other side of this and things start returning to normal I’m going to be focusing on getting back to working consistently and to the best of my ability.

If there’s one thing I’ve found during this time away from tattooing it’s that I’ve developed an even more passionate love of drawing non-tattoo related designs. I’ve taken on a lot of commission work at the moment for drawing portraits of people in their favourite pop culture settings or designing comic book characters for people or even aliens riding rubber ducks! Having that level of freedom has been really fun so hopefully I can continue taking on commissioned art outside of tattooing in the future. 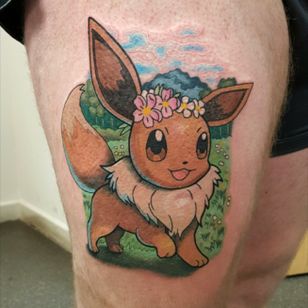 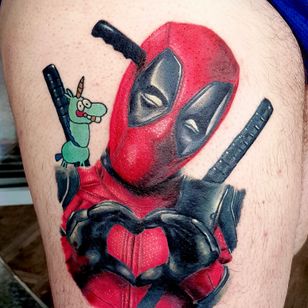 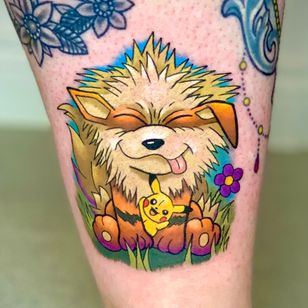 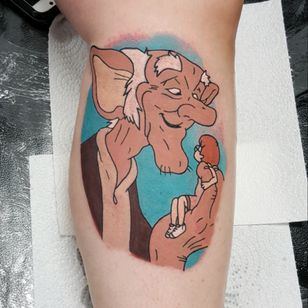 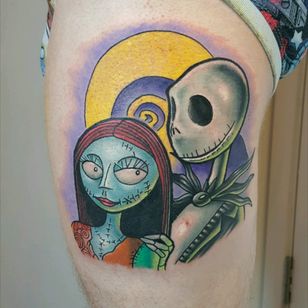 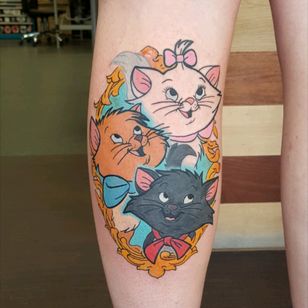 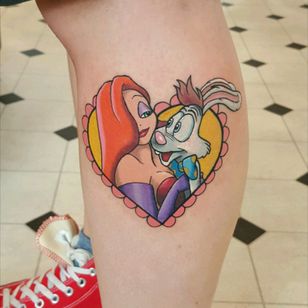 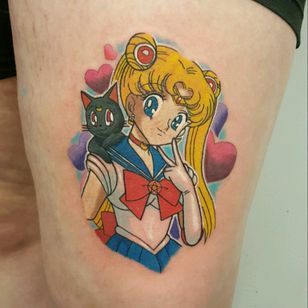 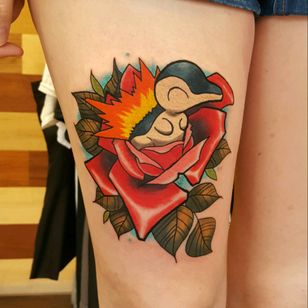