Through combining various styles, Jeremy Sloo Hamilton creates brilliant tattoos that are utterly stunning. The vibrancy of his visual art is off the charts, almost blinding with glowing chroma. In keeping with his versatility, he gravitates between both conventional and less traditional motifs as well. In short, as far as tattoos go, he is a true jack of all trades who knows how to mix it up just right. Prepare to be wowed by his spectacular hybrid body art that knows no bounds. 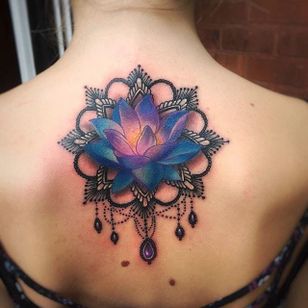 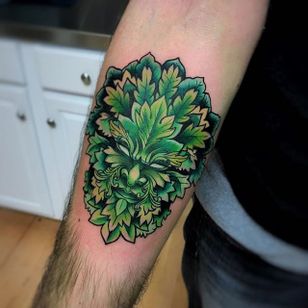 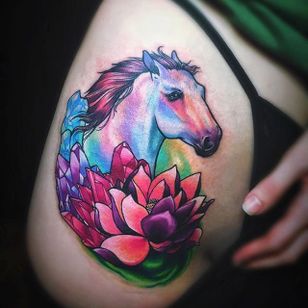 What makes Hamilton's portfolio so impressive is the wide range of styles that he professes. He can execute everything from traditional to color realism, but instead of keeping these styles of tattooing separate, he combines them to make astounding and genre-defying pieces of body art. In the hands of a less skilled artist this clash of styles could be muddled and overly chaotic, but Hamilton is able to meld styles seamlessly. 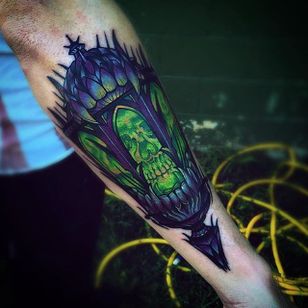 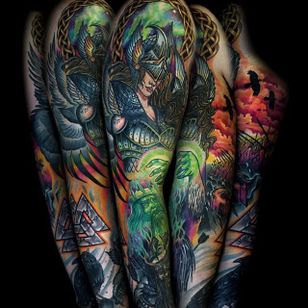 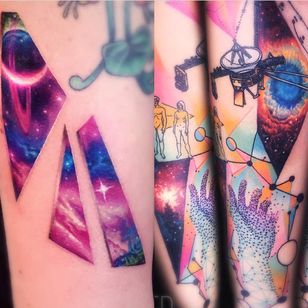 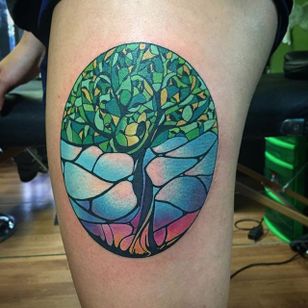 One of the most fascinating aspects of Hamilton's artistic flexibility is that it allows him to capture the spirit of other art forms. His stained-glass tattoo of the Tree of Life, for instance, is a prime example. It's so radiant that it appears as if sunlight is flowing through its rosy panes. His illustration of a green man, which is a sculpture of an ent-like face that was traditionally carved into church or cathedral walls, is enormously captivating. He also has imported surrealism into his body of work in really interesting ways, as seen in the Kubrickesque "space cut-aways" in his piece with a satellite. 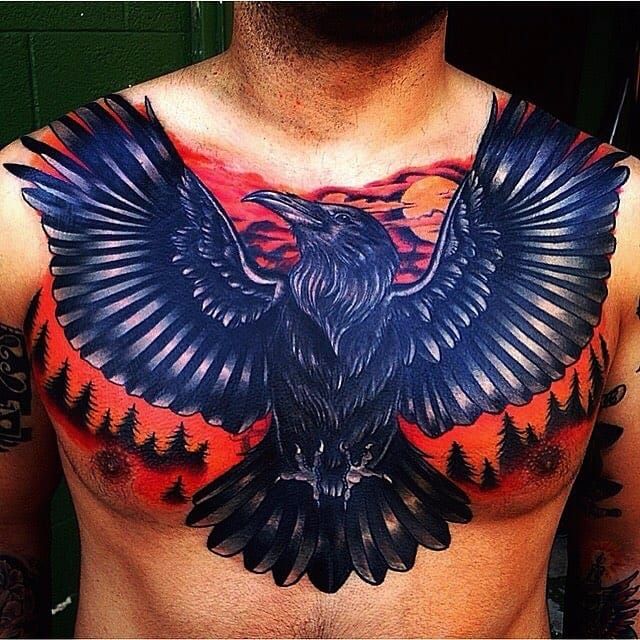 A badass cover-up chest-piece of a raven in a forest at sunset by Sloo Hamilton (IG—slootattoos). #coverup #forest #JeremySlooHamilton #neotraditional #vibrant #raven

Should you want to see more of Hamilton's genre defying body art, make sure to check out his Instagram. If you want a piece by him, he operates out of Made to Last Tattoo in Charlotte, North Carolina, and can be reached at booking@madetolasttattoo.com for scheduling.