Cats are always getting themselves into weird positions — stuck behind the fridge, on top of the highest bookshelf, and even sprawled out on the floor lying amongst the garbage. As a cat owner/crazy person, I can personally attest to the insanity that they invoke, and the mass hysteria they occasionally cause without even batting an eyelash. There was even one time when I lived in the grand ol’ city of Los Angeles, when I could have sworn I lost my cat despite my incessant need to hover like one of those weirdly overprotective moms at a soccer game that totes around a first aid kit like it’s an incredibly trendy designer bag. 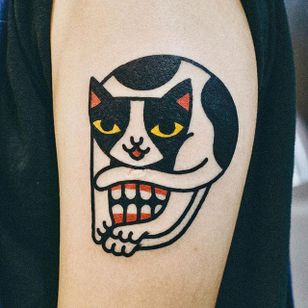 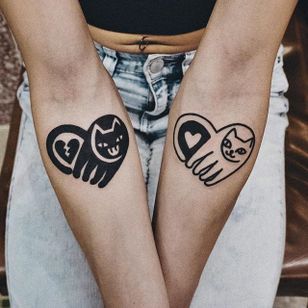 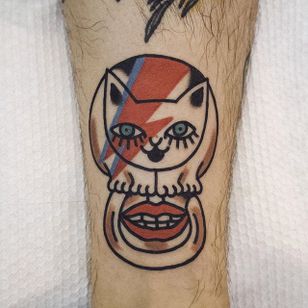 Tattooing in a uniquely illustrative style that’s almost reminiscent of certain aspects of old school animation, Woo creates kooky cartoonish animals that are constantly contorting themselves into bizarre positions. Favoring bold lines and vibrant color, his animals often make up optical illusions. From far away his cats, monkeys, and even elephants twist and bend to make up the outline of a skull or heart, but once up close and personal resemble nothing more than a cute kitten curled in a weird position, as kittens so often do. 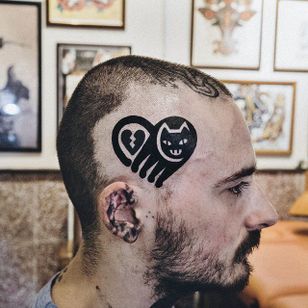 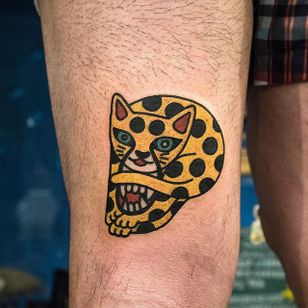 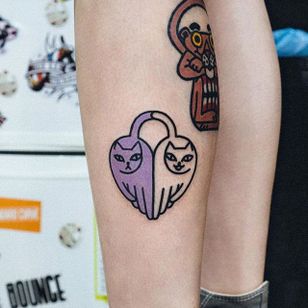 Lending his artistic talents to other mediums, Woo’s creative cartoonish drawings have also been made into pins, patches, and even a beautiful silk bomber jacket that was released in collaboration with Viva Studio. Featuring one of his signature flash pieces, a spotted leopard curled into the shape of a skull, the jacket is completely sold out, but rest assured there will be more chances in the future, as he’s constantly collaborating with pins and patch makers alike. 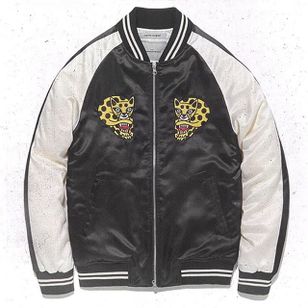 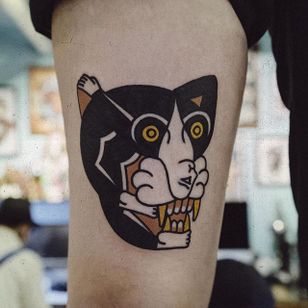 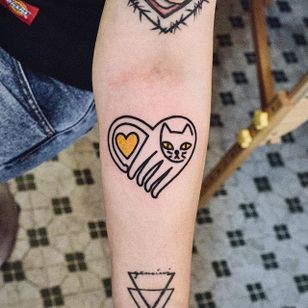 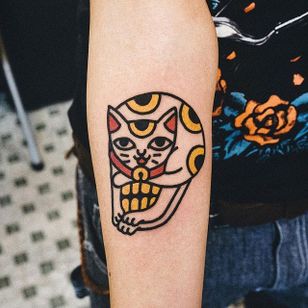 So if you’re looking for an honest depiction of a cat, or any other animal for that matter, look no further. Woo’s work portrays felines for what they really are: expert contortionists that are simultaneously evil and cute as hell.