Hardcore old school nerds of the tattoo industry, artists and clients alike, herald the fact that though the rest of the world may be going completely digital, tattooing will always be an analog artform. Unfortunately, that's a faulty notion thanks to technology like NFTs.

What are NFTs? Non-fungible tokens, a few fun words that basically mean a unique digital file that is attached to a blockchain of cryptocurrency, usually Ethereum. That digital file could be one-of-a-kind information in the form of an mp3, gif, mp4, and even jpegs. Really, any type of digital auditory or visual art. And that visual art part is where tattooing comes in... Relatively untouched by technology, in essence, tattooing has stayed much the same. Machines, ink, and even techniques have certainly evolved for the better over centuries, but it’s still the very same act our ancestors explored thousands of years ago. Overall, for the tattoo industry, the global influx of digitization has stalled beyond the introduction of social media.

But the beauty of tattooing being an in-person, experiential based artform is that it’s not only a world away from all digital mediums, and therefore still retains that intimate, personal, and magical feeling, it’s also difficult to commodify tattoos to a major level like that of fine art being sold at Christie’s.

We’ve seen the t-shirts splattered with Ed Hardy designs, adverts that tokenize trendy tattooed folks are widespread, and even TV shows that capitalize on the “drama” behind shop doors. We know that the tattoo industry has been estimated to be worth 3 billion dollars. But tattoos, in and of themselves, cannot be commodified beyond the initial payment between artist and client. 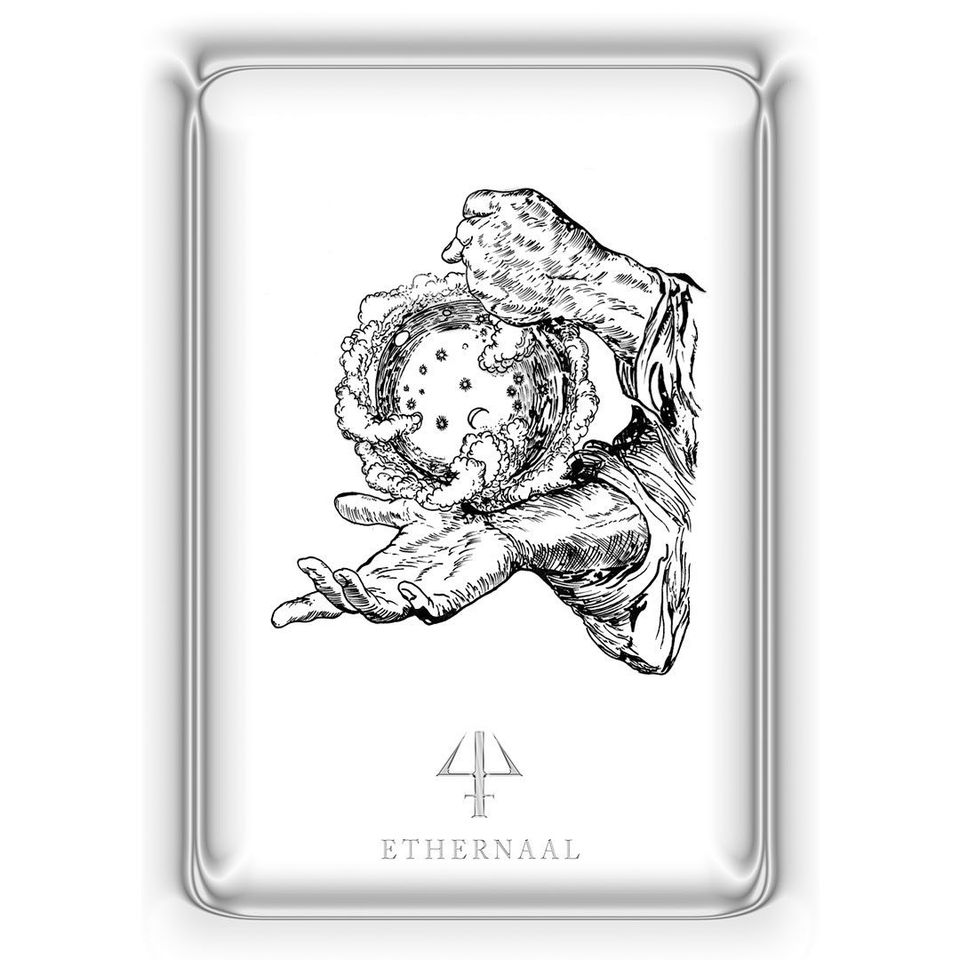 This is purely because tattoos aren’t sculptures sitting in a gallery. Tattoos are a physical asset you can’t monetize because they can’t be resold like a painting. They have a set lifetime that ends when we end. But when technology, like NFTs, comes into play, that changes a bit in a few different ways.

The commodification of art is something that many lovers of creativity sour at the thought of. It means that capitalism has infiltrated a beloved form of expression and morphed it into a cold cash cow leaving many casualties behind..including, often enough, the artists themselves. People that buy art purely due to value, rather than aesthetics or community, are supporting a market based on exclusivity....This, among many other things, disparages equality since, really, only those with money will be able to invest. So, the rich get richer, the poor get poorer, and only the wealthy can afford access to art.

Think about it, who can afford to drop 6.6 million bucks on a Beeple NFT when you could easily download it for free? 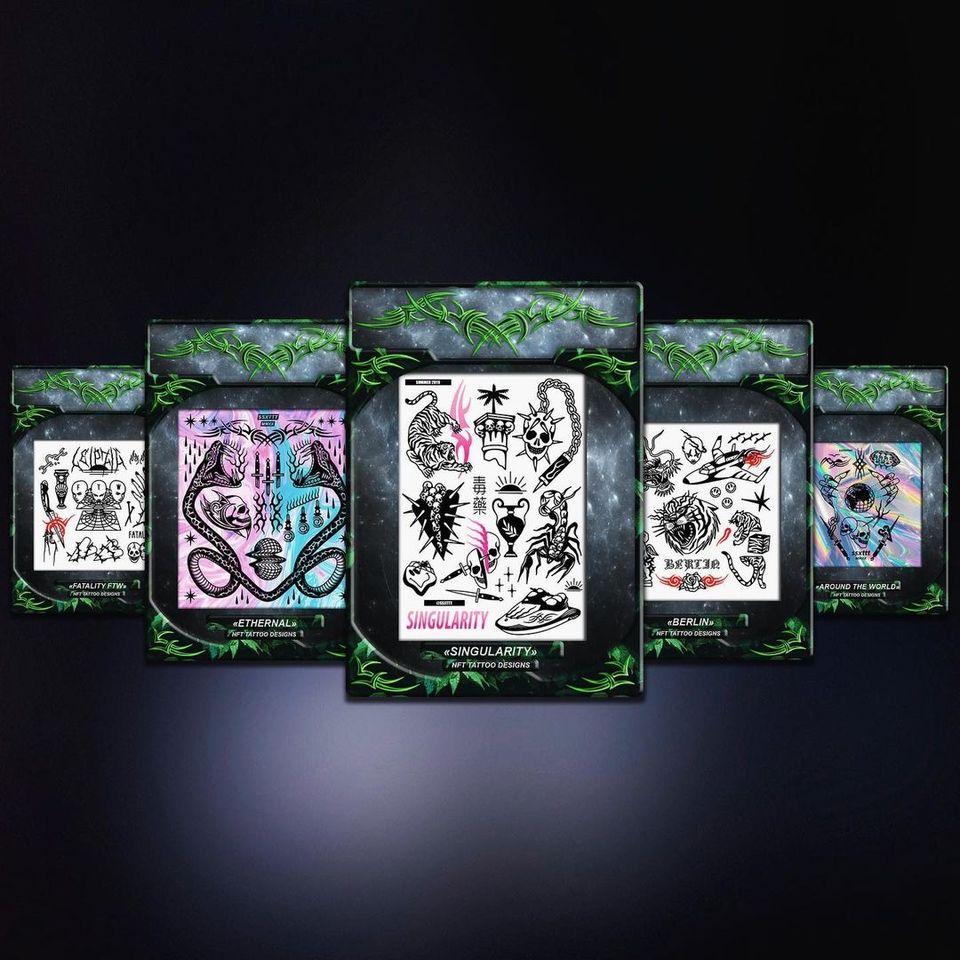 But even if you do right click and save, it won’t be the original file, will depreciate in quality, nor will you have the clout, copyrights, or bragging rights. You also won’t have a digital work of art that may, or may not, be worth more than you paid for it over time. Which, when it comes to art based NFTs, defeats the purpose. That’s the whole point of NFTs: they are a token, a commerce based object. To buy one is investing in the hope that it will be worth more later. At times, it may not even have anything to do with the object itself, simply the popularity or demand for it.

So, will some random tattoo artists NFT flash be worth 10 times more than you paid for it in a decade? Maybe. Tattoo artists are certainly making waves on the mainstream culture market, but in such a big pond, it’ll be hard to pinpoint exactly who the Van Gogh’s and Frida’s are within contemporary tattooing. Perhaps the reason why some people buy NFTs is purely for the fun of guessing, like high stakes gambling. 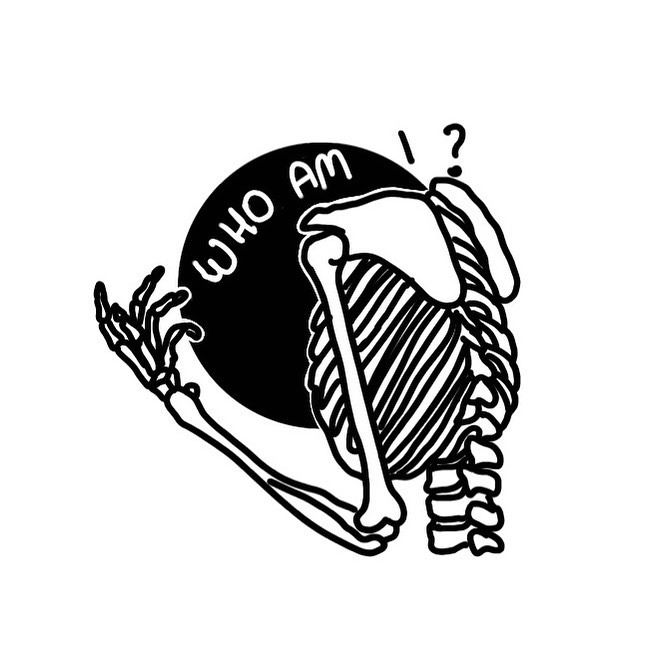 It’s also funny to note that as of now, NFT tattoos have only been connected to flash or really weird trading card things, however, although difficult, it is possible to attach NFTs to physical objects. It sounds insane, but this means, say, celebs could actually sell their tattooed skin if they were deemed to be an appreciating asset; i.e. something that grows in worth over time like a bottle of wine or a famous painting.

Imagine owning a fraction of Johnny Depp's famed sparrow tattoo? Outlandish, perhaps, but we’re living in a world where Grimes ventured to sell her soul and Google created a talking AI paper airplane. Plus, someone already had the idea to use their body as a tattooable crop share. The process of connecting an NFT to a physical object is still being refined, but this will come further into play as the ability to preserve tattoos after death becomes an even easier task than ever before. There are still people out there who may have original Sailor Jerry tattoos or other works of art from legendary artists in this community. These, at some point, may turn up on the art market either as a physical commodity or digitized NFT. Who knows.

The carbon footprint of NFTs is another issue. The tattoo industry is well-known to be a constant waste producer: millions of latex gloves, one use razors, and plastic cups end up in the dump with exceeding regularity. And although we now have the ability to give each other “remote tattoos” thanks to the inventors of another tattooing robot, it doesn’t look like this slew of slog will slow up any time soon. 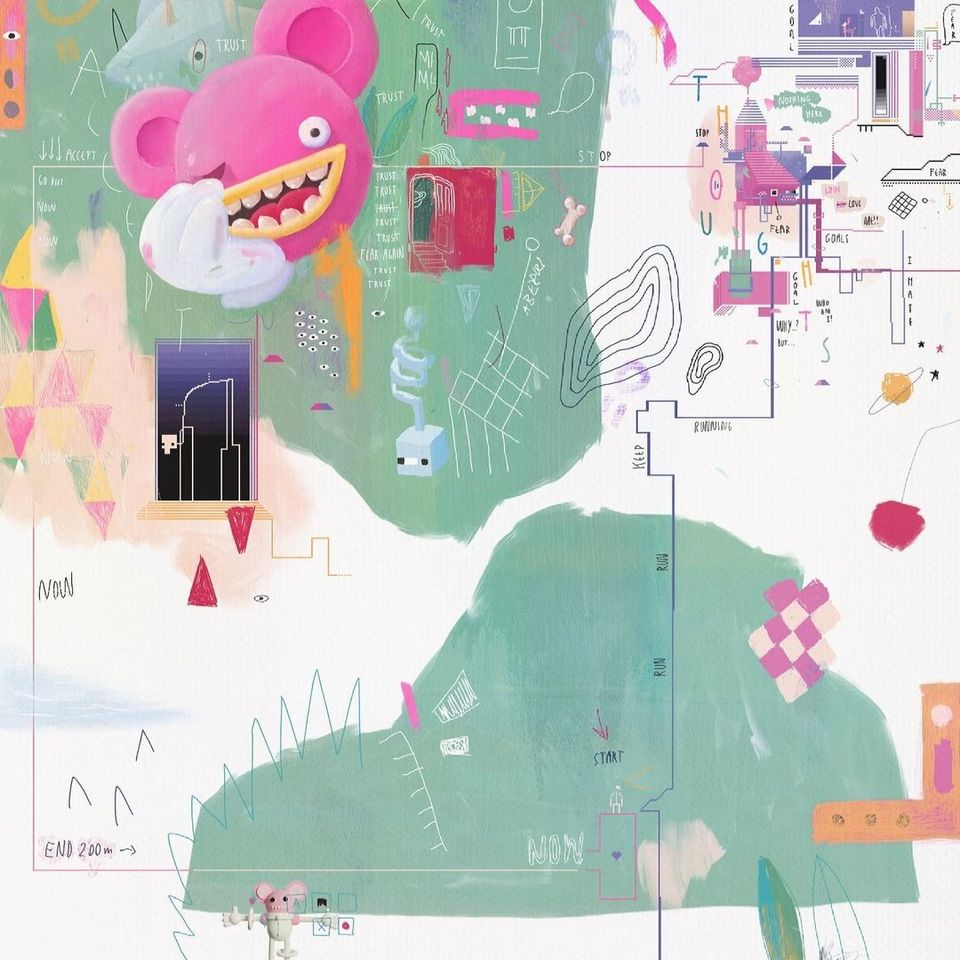 Because NFTs are attached to blockchains, there is an inherent use of energy from fossil fuels. Via ArtNews, “Though carbon emissions vary by marketplace, Bonneau estimates that, on average, a single NFT (edition of one) should take responsibility for about 90 kilograms of CO2 — the equivalent of an hour of international commercial jet flight.”

So before everyone runs out to their local digital tattoo NFT marketplace to keep up with this new tech trend, it’s always good to weigh the pros and cons of how it affects our community, industry, and world at large. Carbon emissions, consumerism, culture commodification...those are some big C’s that are hard to ignore. 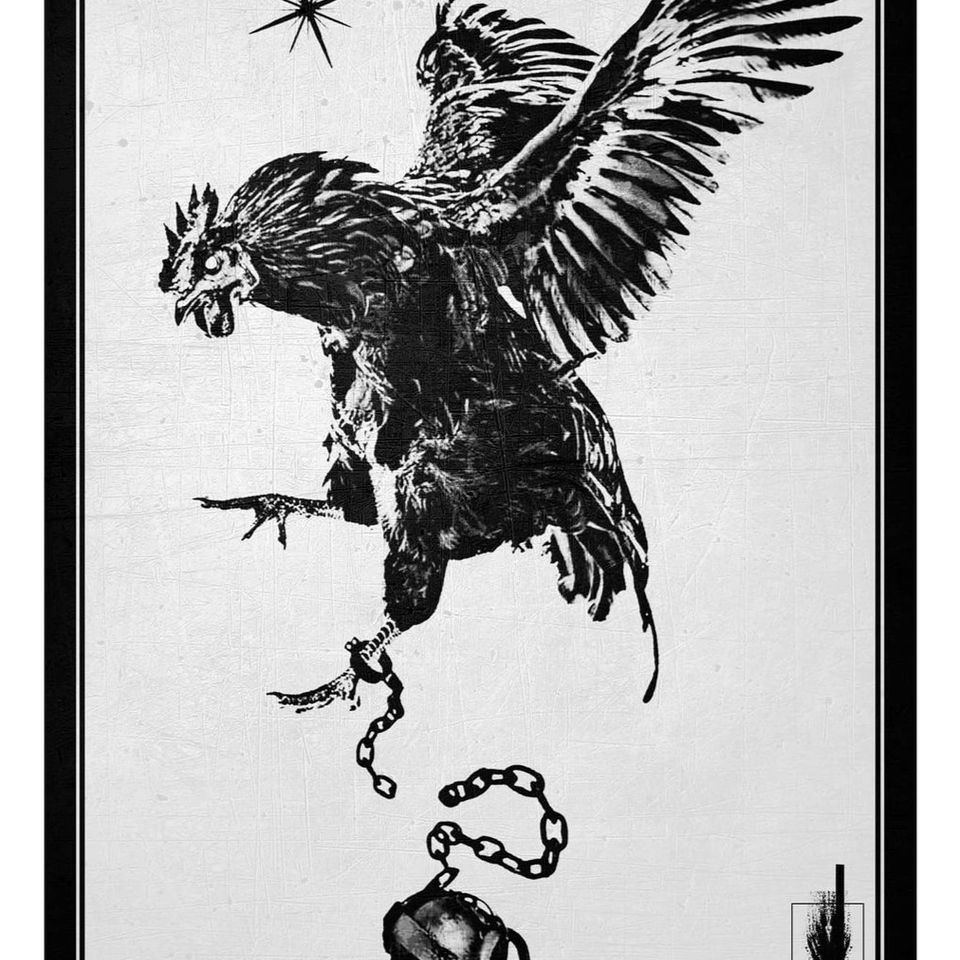 Of course, I’m not sure if these are the paranoid ramblings of a geriatric millennial or just the musings of a deeply devoted tattoo nut. Regardless, I do know that our community and industry is, like all other things, changing faster than ever. Though slow death to analog art may come, there will always be those who preserve and protect.

And, like how VHS tapes became Netflix, and old desktop Macs became fishbowls, tattooing will always exist, in one form or another. 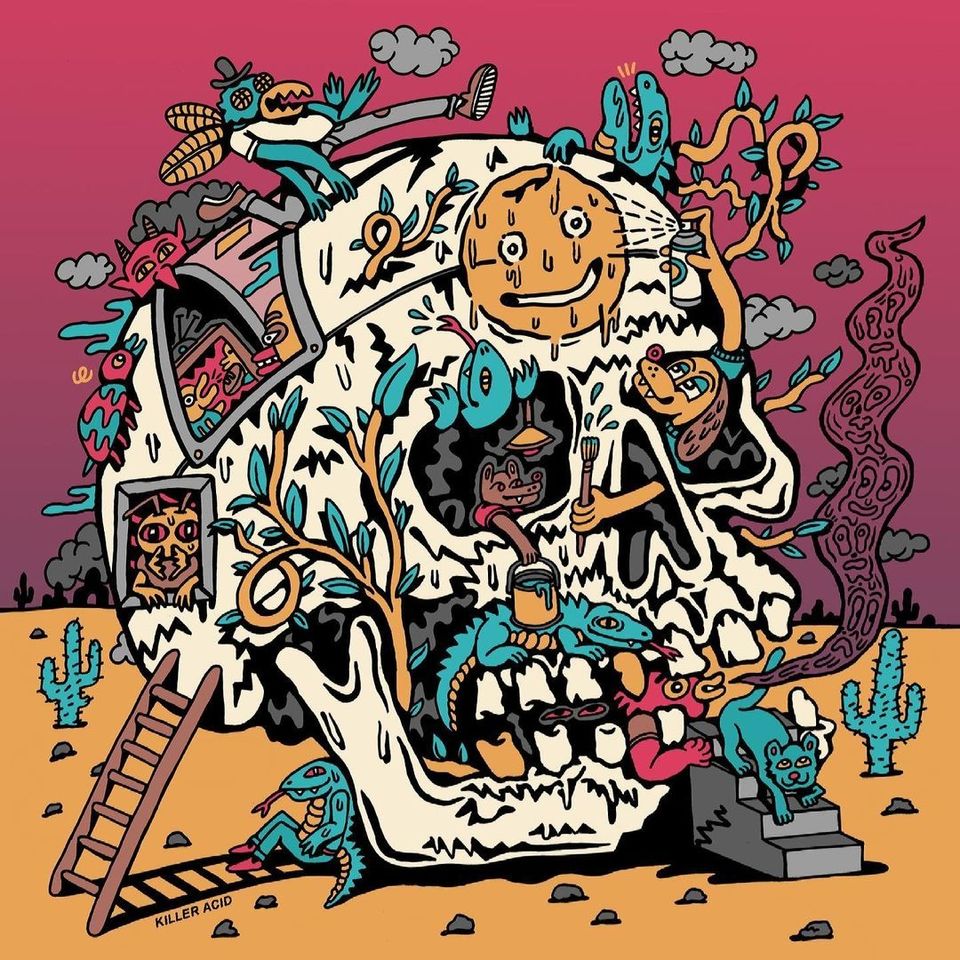