Freehanding has always been an incredibly daunting undertaking for not only the artist, but the person receiving the tattoo. Not only does the artist have to have full confidence in themselves and their tattooing capabilities, the person receiving the tattoo has to have full and total confidence in them. A challenging task, to say the least, it’s incredibly rare to find an artist that freehands the vast majority of their work, but Mike Riina of Eclectic Art Tattoo is doing just that. 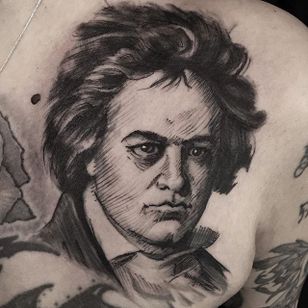 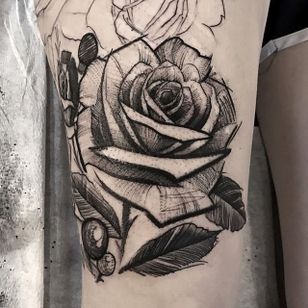 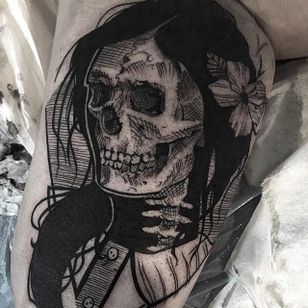 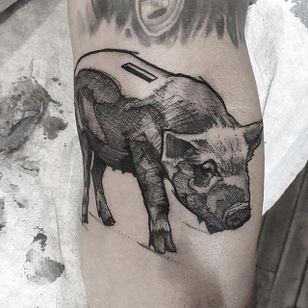 Classifying himself as an “atypical blackworker” as well as “no-school,” Riina really doesn’t adhere to any particular style of tattooing, and it’s incredibly refreshing. Preferring to freehand the vast majority of his work, Riina’s style is best described as illustrative that leans towards sketch inspired, with intensely abstract elements. Depicting clipper ships, portraits of Houdini, as well as eerie forest scenes, his work looks as if it’s been ripped from the pages of a fine artist's sketchbook, and it’s wild. With darker lines and broader “sketch” strokes, the effect has a distinctly haunting feel to it, bordering on otherworldly. It takes a great deal of work and trust to freehand a tattoo, but with Riina’s immense level of talent, entrusting him with your tattoo design would be the easy part. Sitting for hours enduring the inevitable pain that comes with being tattooed? Eh... still working on it. 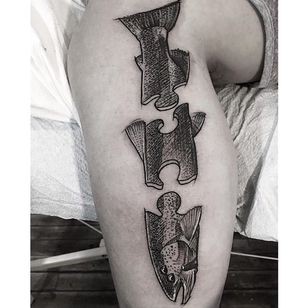 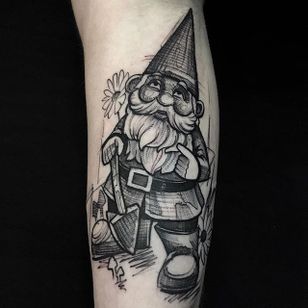 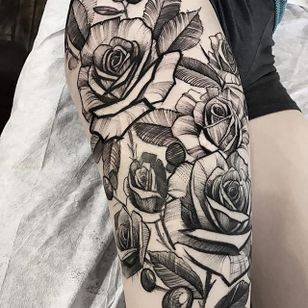 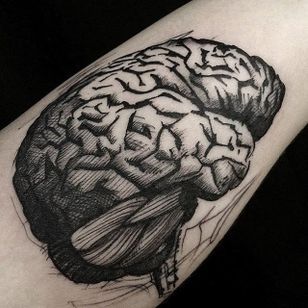 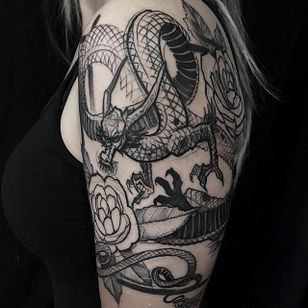 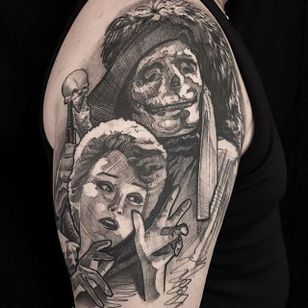 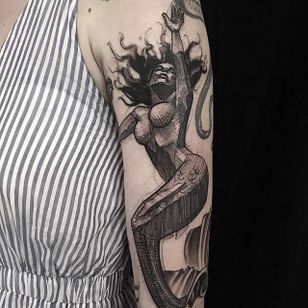 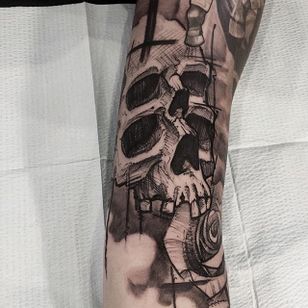 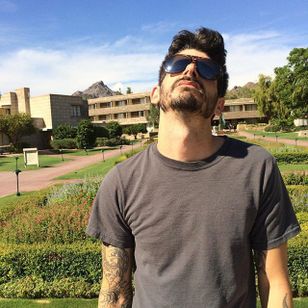 You can see more of Riina’s sketchy beauties here.