At 97-years-old, Whang-od Oggay is about to receive a National Treasures Award from the Philippines government for her tremendous and historic work in the tattoo community. She is the oldest, and considered to be the last, practitioner of the "batok" style of tattooing. Because of this recognition and widespread acclaim, Whang-od's hometown of Buscalan is now a popular tourist destination for those who wish to receive some historically significant body art. 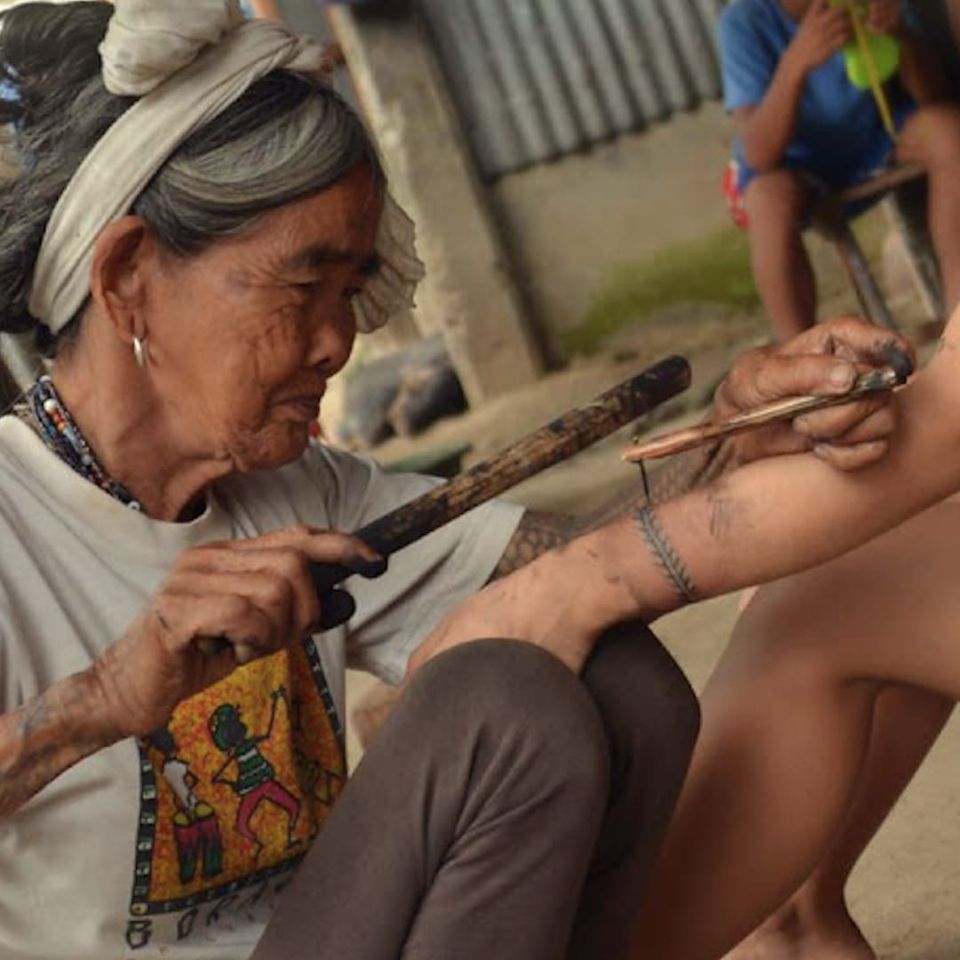 Whang-od's technique for tattooing people dates back over a thousand years before her time, and is relatively painful compared to the more modern ways of tattooing. The batok style uses ink composed of charcoal and water, and is tapped into the skin via the thorn end of a pomelo or calamansi tree.

Whang-od started tattooing the Butbut Kalinga people over 80 years ago. She used to tattoo headhunters, but as modern life progresses, warriors of the Kalinga people are less and less frequent, so Whang-od has taken to tattooing tourists for pay. 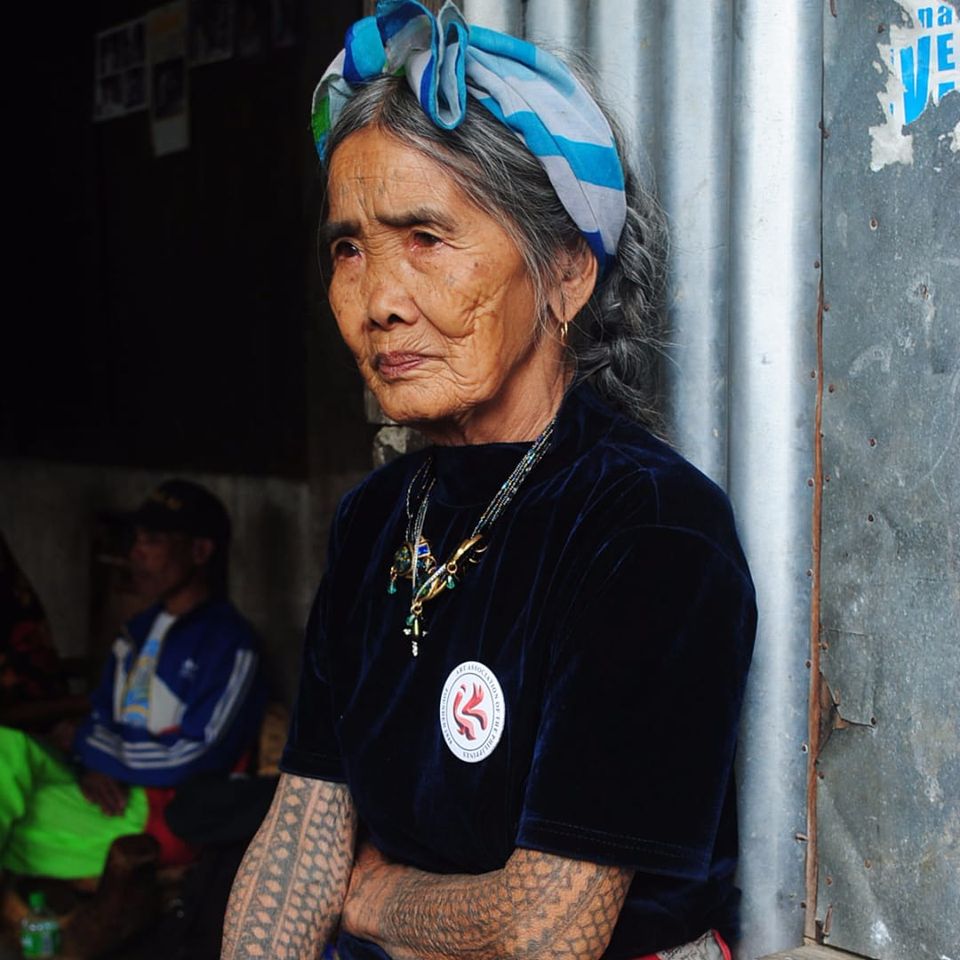 Whang-od has been tattooing for over 80 years. #WhangOd #Philippines

According to the tradition of her people, her tattoo skills can only be inherited by her lineage. Whang-od lost her husband at age 25 and never remarried, thus bore no children. This leaves her style of tattooing at risk for extinction. Luckily, she has been teaching her grandniece the art form, which she hopes will continue for many generations to come. 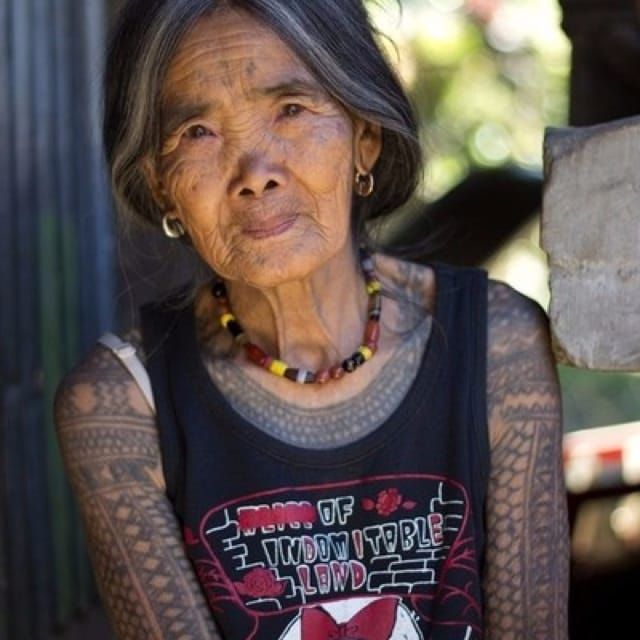 For over 80 years, Whang-od has been tattooing the Kalinga people. #WhangOd #Philippines

Whang-od's case is now under review by the National Commission for Culture and the Arts (NCCA), and once the process is completed, the papers will be sent to the president for approval. If Whang-od is successful in her quest, she will be only the third person awarded the honor in her region. 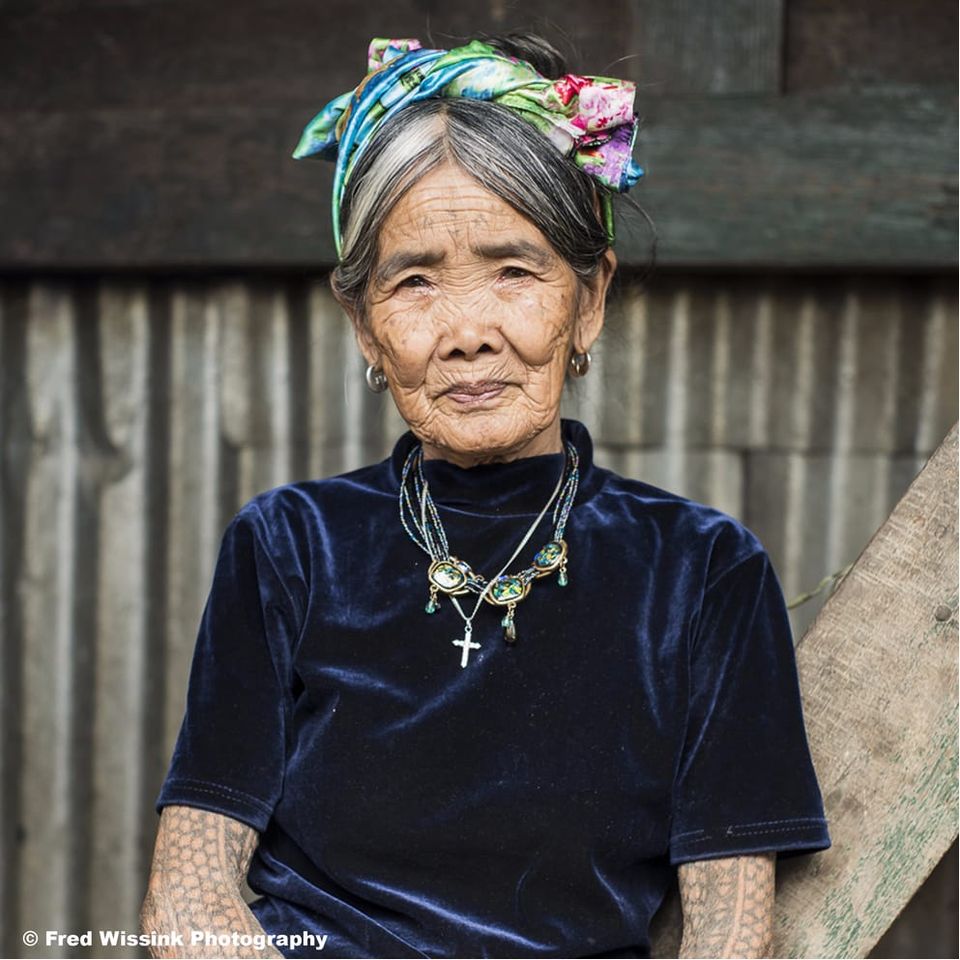 Whang-od is looking to become only the third recipient of the Philippines National Living Treasures Award from her region. Photo by Fred Wissink Photography. (www.fredwissink.com) #Whangod #Philippines