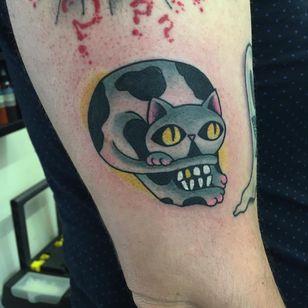 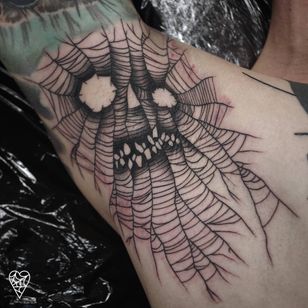 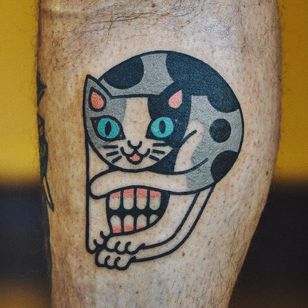 What's also cool, and sort of weird, is that many of these not not skull tattoos are cats. We're not sure why that might be...except that perhaps they have origins in Horitomo's great creation of Monmon cats. He loved tattooing, and feline friends, so he put the two together to create tattooed cats! Way cool, right? We also have a piece that is from one of Junji Ito's graphic novel's...a kitty that has markings that looks suspiciously like a skull. In that particular manga, Junji Ito is absolutely positive that his pet cats are trying to murder him when he's not looking...which..honestly? That sounds very close to a real life thing that cats would do. Those a tricky little f***ers. 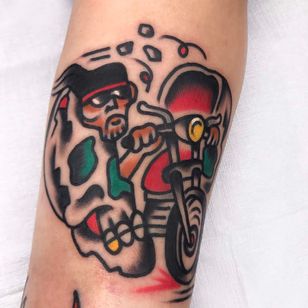 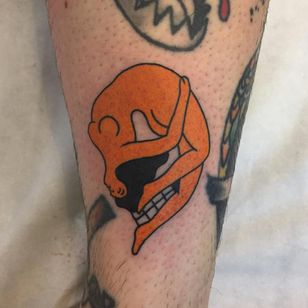 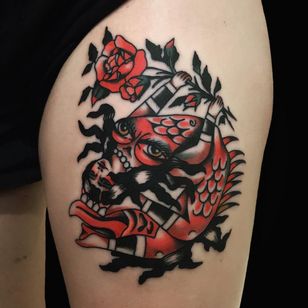 We also really like the weird backwards flip lady of Chingy Fringe, and the cute curled up kitties that make skull tattoos too! And, perhaps the most secret skull tattoo in this collection, is the piece by Tiago De Oliveira. You really have to look close to see that one! It's pretty cool that if you get super creative, you can create ink that is brand new, different, and has to be seen from a multitude of perspectives to, like, get it, ya know? What other things could you put together to create skull tattoos? 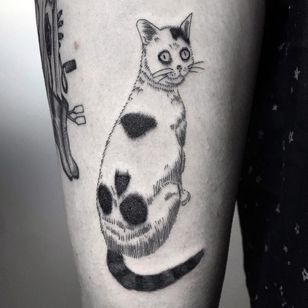 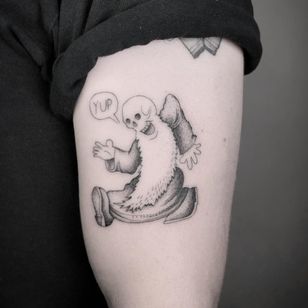 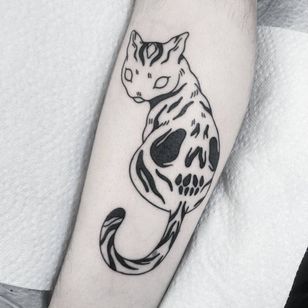 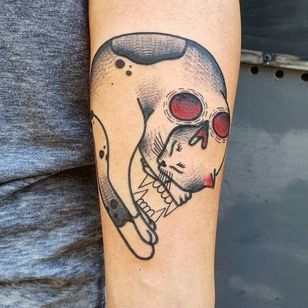 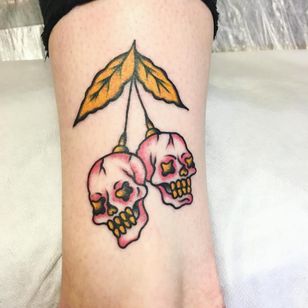 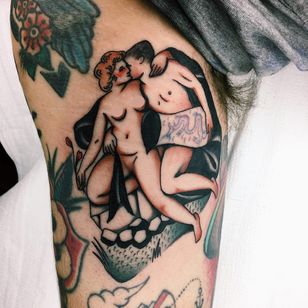