What We’re Watching is our series where we track down tattoo tributes to the shows and movies that we’ve been killing our down time with. This time I’m waxing poetically about my favorite campy horror trilogy — The Evil Dead, Evil Dead II, and Army of Darkness. But be sure to check out our previous episodes about Barbarella, Big Trouble in Little China, Dollhouse, Showgirls, Twin Peaks, and The X-Files. 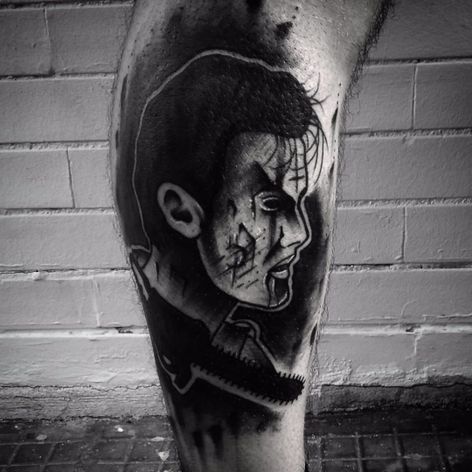 Sam Raimi’s campy tour de force consists of The Evil Dead, Evil Dead II, and Army of Darkness, all of which follow the misadventures of Ashley “Ash” Williams, played by Bruce Campbell, as he struggles to survive an onslaught of demonic possession brought on by the Necronomicon, aka The Book of the Dead. These films are remarkable for their avant-garde cinematography, over-the-top special effects, and terrible (but wonderful) writing. You can watch every horror flick ever produced, and you’ll never find one with more bodily fluids splattered across their sets. (Editor's Note: Dead Alive tries really damn hard, especially with that lawnmower scene, but in the end falls short as it is just one film.) 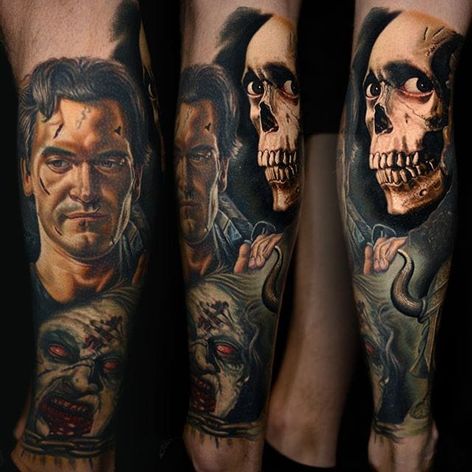 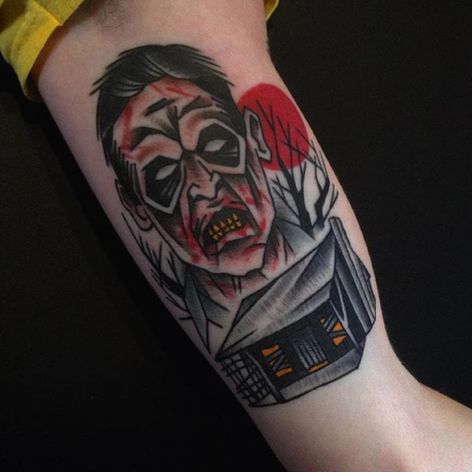 Aside from the blood and guts It’s Campbell’s wacky acting is what sets the Evil Dead film apart from the other gory slashers and monster flicks out there. Ash may be a flawed protagonist, but his unbridled masculinity more than redeems him. He will be forever celebrated for his undead-slaying badassery and unforgettable one-liners like “This is my BOOMSTICK” and “Gimme some sugar, baby.” He is, in many ways, the perfect American hero, willing to do whatever it takes to get the grizzly job done, even if it entails hacking a loved one to pieces, defeating a legion of tiny versions of himself like some twisted Gulliver's Travels, or waging a war over a book bound in human flesh. 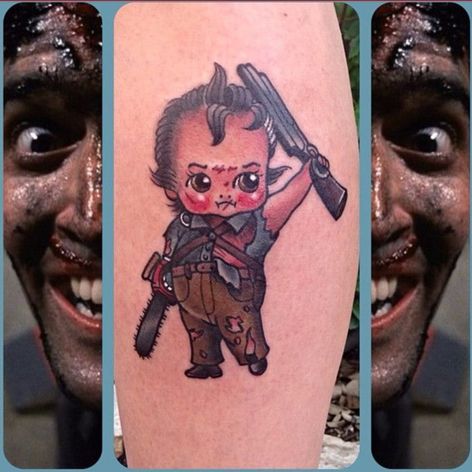 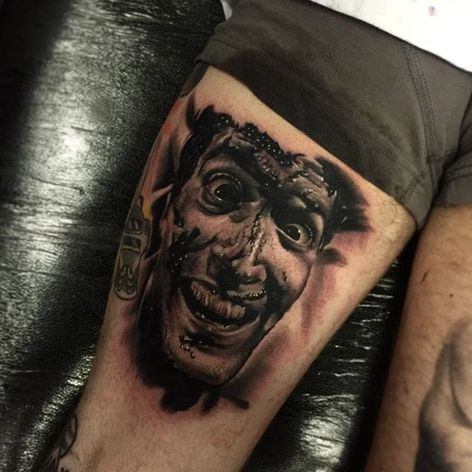 An Evil Dead tattoo does more than just proclaim your love for goofy and gory films. It shows that you, like Ash, know how to roll with life’s punches. It informs the world around you that if your hand offends you, you’ll lop that son of a bitch off and replace it with a fucking chainsaw. In short, you’re gonna get real ugly, real fast, so there’s no time like the present to get a tattoo of Ash, his dismembered girlfriend, or perhaps even Cheryl slicing her tongue in half. 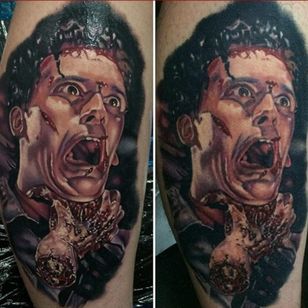 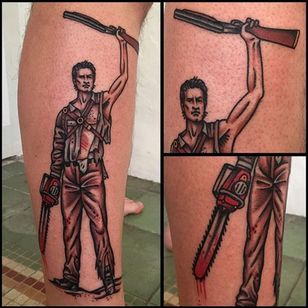 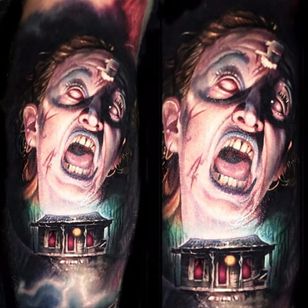 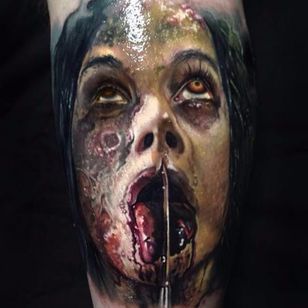 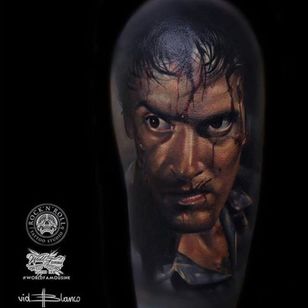 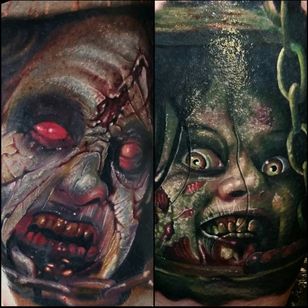 To see more tattoos that take after campy horror flicks, visit these tattooists’ Instagrams if you dare. Should you want to show your fandom of the Evil Dead trilogy, have one of these world-class artists give you a portrait of Ash or one of the films’ other gruesome characters.