Houston Patton, better known as Thieves of Tower, is the blackwork tattooist equivalent of an architect from the times of King Arthur. Working alongside his creative director and modern-day muse Dagny Fox, he's earned a reputation in the tattoo industry for transforming his clients’ bodies into scenes from a fantasy realm, where castles dot the landscape, their spires towering against the horizon. Resembling woodcuts, his compositions have a magical quality to them, almost as if cut from a fairytale or Gothic novel. They’re about more than make-believe, though: he considers them a fashion statement. 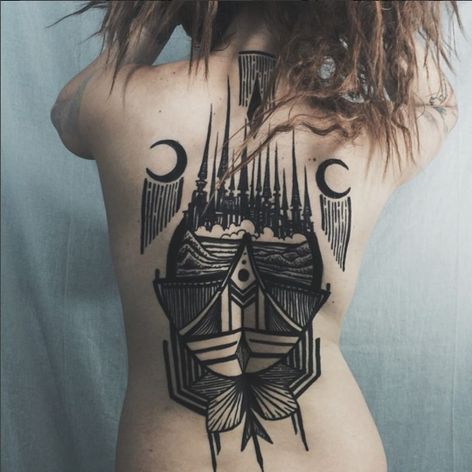 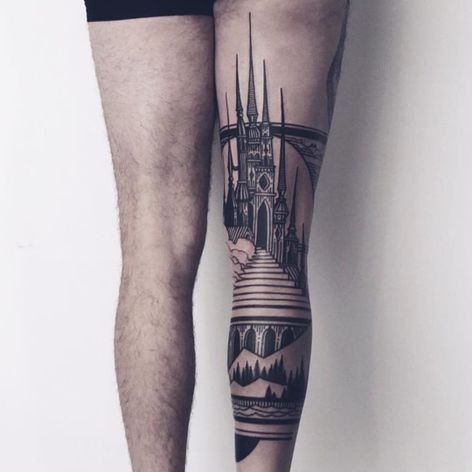 “Our vision, in its purest form, is to create the tattoo equivalent of haute couture. The elements of each piece are fitted and shaped to the individual's body and its natural movement in each precious moment — moments accompanied by structures as unique as a fingerprint,” Patton explains. “Every line is designed to flow with the perfection of nature. The result is a piece like no other: a truly singular creation for those who value rarity in its most authentic form.” The unconventional way that Patton talks about his artistic philosophy, borrowing from the vernacular of the fashion industry instead of your typical shop talk, points to the visionary spirit of his work. 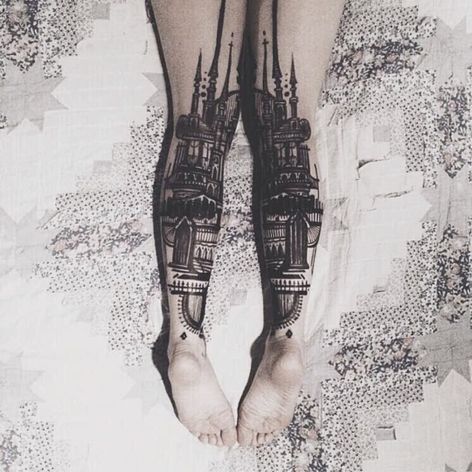 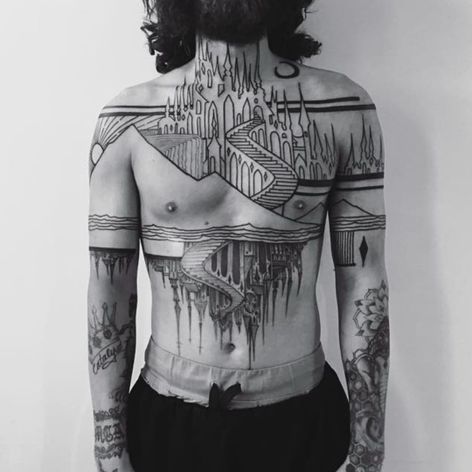 The phrase that Patton uses to describe his tattoos, haute couture, is French for “high dressmaking” and refers to a tradition of fabricating high-end custom clothing that began in the mid-19th century. In this practice, fashion designers create garments for wealthy clients, tailoring the outfits to their owners. It makes sense that he would envision his work this way. Much like a dressmaker, Patton uses the contours of people’s bodies to enhance his own artistry, and thus creates things of beauty. 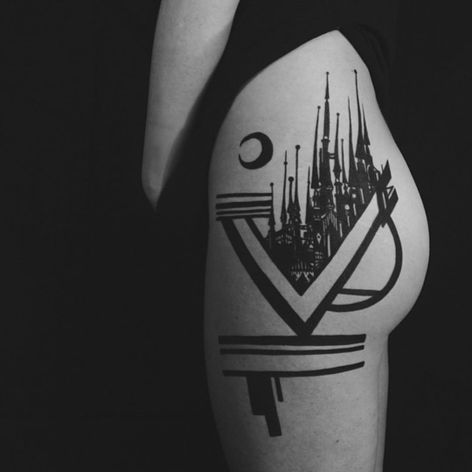 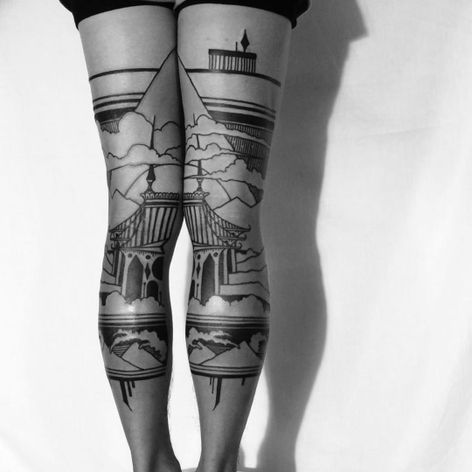 “The night before the first piece was created on the back of the legs, [Dagny] had lit a fire in my mind talking about the castle tattoos in the realm of haute couture, referring to them cloaking the body, hugging the hip, et cetera,” Patton recalls. “That night I dreamt the first piece. My subconscious took it in and got to work. The piece I saw was the panelled back of someone’s legs with the front blank, so beautiful, like a tapestry or garment.” Since dreaming up the first castle design, Patton has built entire kingdoms of the blackwork structures. It’s almost exclusively what he does now, and people travel from all over the world to get his palaces inscribed on their skin. 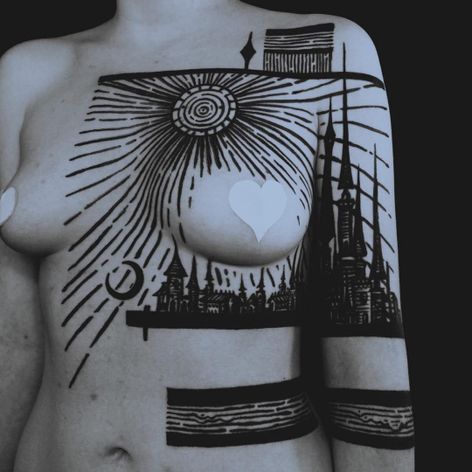 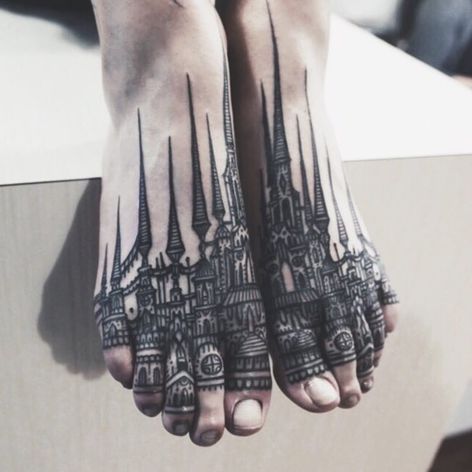 Patton’s clients are the self-made individuals of their generation, consisting of architects, oil tycoons, fashion designers, surgeons, lawyers, and other successful professionals or “patrons of the arts,” as he describes them. “They’re all creators. They are the people running this world, and they are all, every single one, the most humble and intriguing humans I have ever had the pleasure to collaborate with,” says Patton. “You wouldn’t expect these people to have bodysuits or full back-of-the-leg castles, but they are, each and every one, building their own empire in this world and in themselves, and I think the castles represent that to them.” 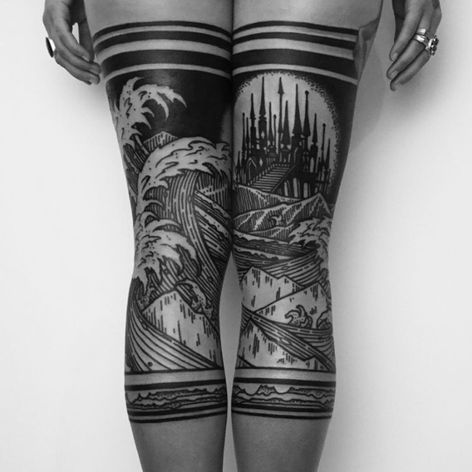 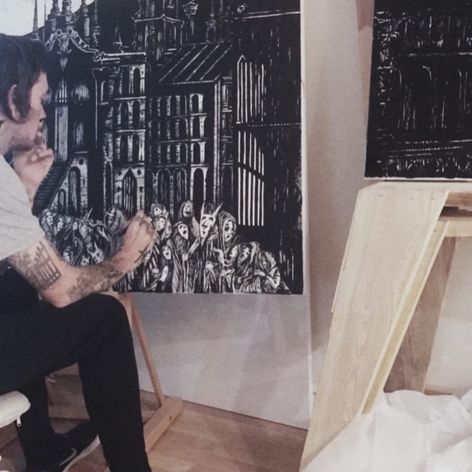 This idea of building personal empires is the cornerstone of Patton’s work. Shaped according to the contours of each individual body, his castles reflect his clients’ drive to be the architects of their own realities, raising towers to mark their major accomplishments in life. Every tattoo that he creates is a marker of nobility and wealth, just like the palaces constructed by the kings and queens of old.