Indomitable is our series where we examine the meaning behind our favorite motifs from traditional Japanese tattoos (Irezumi). In this installment, we’re looking at one of the most disgruntled-looking motifs out there — samurai crabs. Make sure to check out our previous posts about cherry blossoms, dragons, hannya masks, kitsune, and the Nue.

Unlike kirins, kappas, and other yokai, some of the creatures seen in traditional Japanese tattoos and mythology actually exist in the real world. This is the case with heikegani or, as they’re more commonly called, samurai crabs. These curmudgeonly little critters populate the beaches of Japan, especially in the Straits of Shimonoseki near the southern tip of Honshu. They are famous for their exoskeletal topsides that resemble human faces. But what’s less known is that their name and the ghostly folklore about them comes from one of the most influential events in the country’s history. 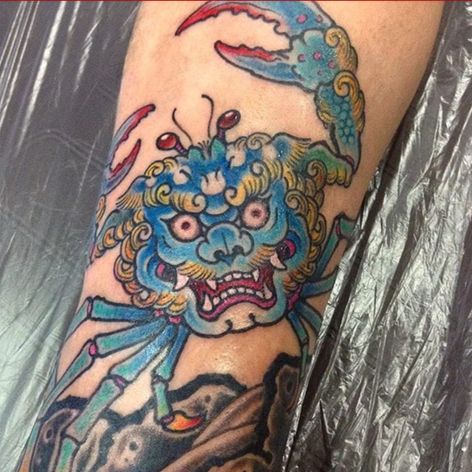 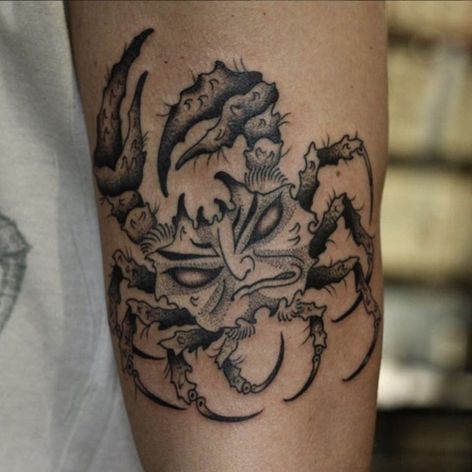 The mythos surrounding heikegani originates from a military conflict between two feuding Japanese clans back in the 12th century. Following a five-year power struggle known as the Genpei War, the Taira (later referred to as the Heike) and Minamoto clashed in a final battle at a small bay called Dan-no-ura on April 25, 1185. The Taira were severely outnumbered, and during the fighting, their child emperor — Antoku — drowned. As the tide turned in their enemy’s favor, the samurai, rather than dying in dishonor, took their own lives, leaping into the frigid sea. 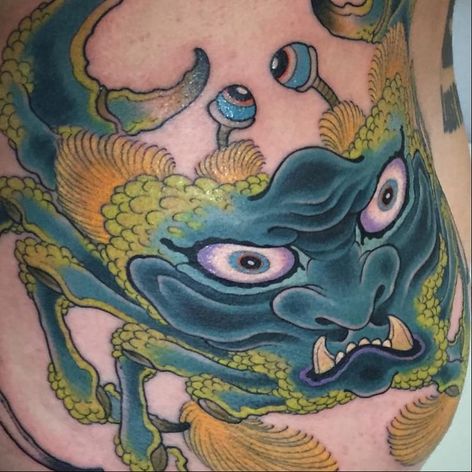 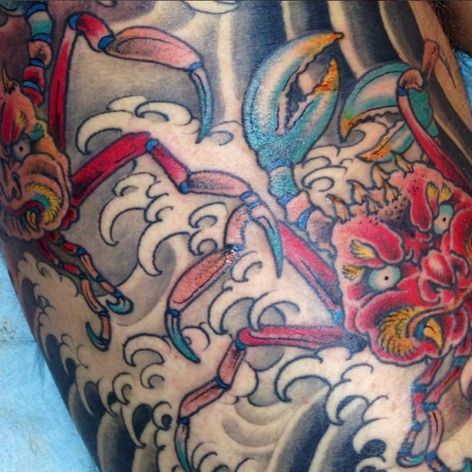 The downfall of the Taira ushered in an era of Shogunate rule that lasted for nearly 700 years, during which the art of traditional Japanese tattoos rose to prominence among the merchant class. To this very day, the descendants of the Heike gather on April 24th at the Akama Shrine near the sea where their ancestors perished to honor the memory. In the age-old ceremony, people cast nets to catch crabs, throwing the ones with faces on their backs into the water, because they are believed to contain the souls of the doomed samurai. 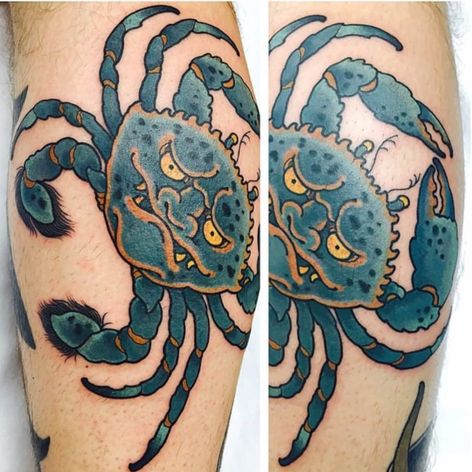 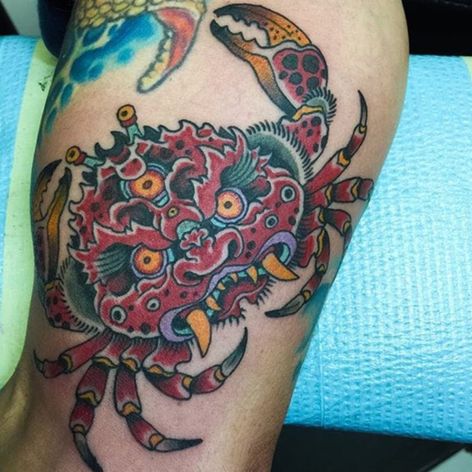 Because of their fascinating backstory, heikegani have skittered their way out of the history books and traditional Japanese art into popular culture. One can’t help but faintly see their vestige in anthropomorphic arthropods like Dr. Zoidberg from Futurama, Crabby a la Pokemon, or the subterranean “crab people” in South Park. Even Carl Sagan cited the angry-looking crustaceans as evidence of artificial selection in the second episode of Cosmos, but beyond the shores of Japan, tattoos are where they’re most commonly found, grimacing amidst the waves and wind bars of Irezumi. 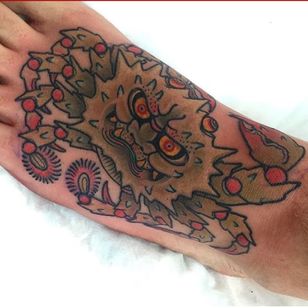 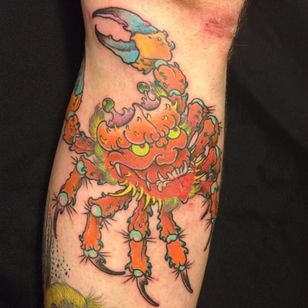 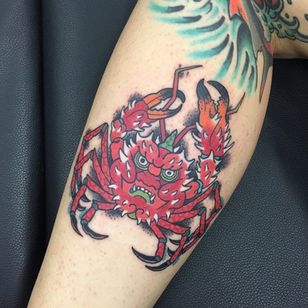 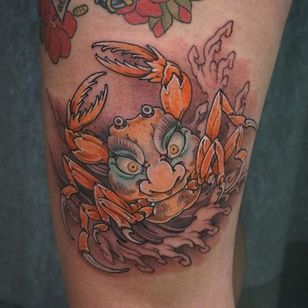 To see more traditional Japanese body art and perhaps a few more disgruntled samurai crabs, visit these tattooists’ Instagrams. Should you want a piece of Irezumi featuring heikegani for yourself, have one of them design a tiny clawed crustaceans just for you.