We love Traditional Sacred Hearts but if you're looking for an in-depth look at this iconic design check out our guide: The Burning Devotion Displayed By Sacred Heart Tattoos

The Sacred Heart is one of the most profound images in Christianity, representing Jesus Christ’s actual heart and his eternal compassion for mankind. Since its advent back in the 17th century, the Sacred Heart has appeared in numerous art forms — paintings, sculptures, stained glass windows, and more. Aside from churches and museums, one of the places the divine figure is commonly seen is in body art. Over the years, it has become a staple motif in traditional tattoos, moving from the corridors of cathedrals and onto skin. 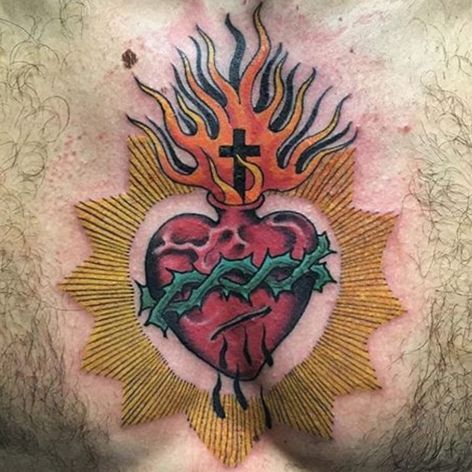 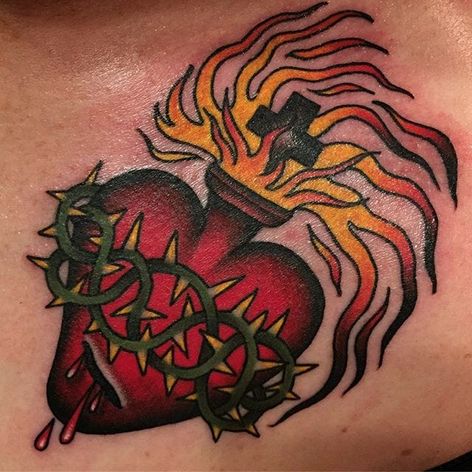 The Sacred Heart is most frequently depicted engulfed in flames and glowing with an angelic light. It generally features a lance-wound at its center and is almost always entangled in a crown of thorns. Artists tend to incorporate a cross at its top as well. All of these visual elements relate directly to Christ’s crucifixion and are symbolic of his sacrifice and eternal love for humanity. 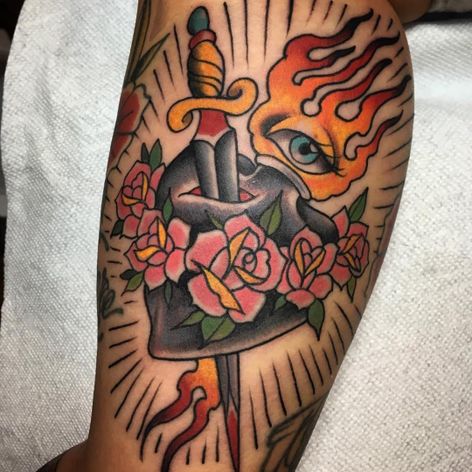 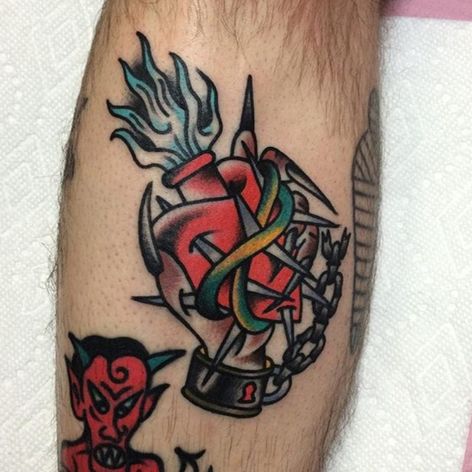 The idea of the Sacred Heart as we know it today comes from Roman Catholicism. It is associated with what is known as the devotion to the Sacred Heart. This set of holy ritual originated in the summer of 1674, when a French nun named Saint Margaret Mary Alacoque who claimed to have had three visions of Christ, in which he revealed the devotion to her. The rite consists of holding Communion on the first Friday of each month, Eucharist on Thursdays, and the annual Feast of the Sacred Heart. 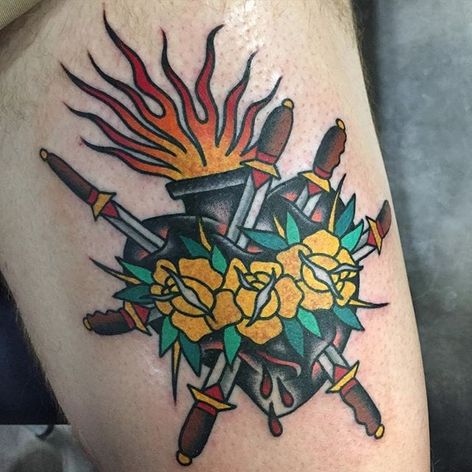 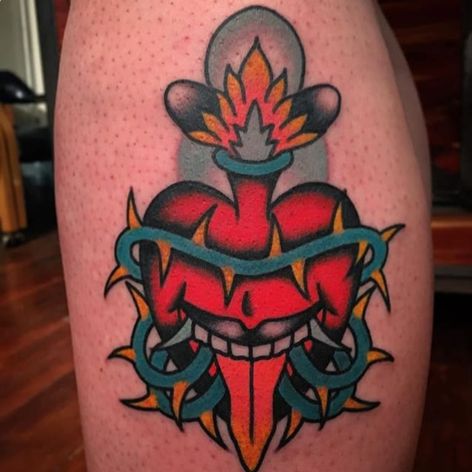 According to Alacoque, Christ promised her a number of provisions to all those that practice the devotion, including providence, forgiveness, and eternal life in heaven. Because of the precedent that she set hundreds of years ago, the devotion is still widely practiced today in several denominations of Christianity — high-church Anglicans, Lutherans, and Catholics, of course. 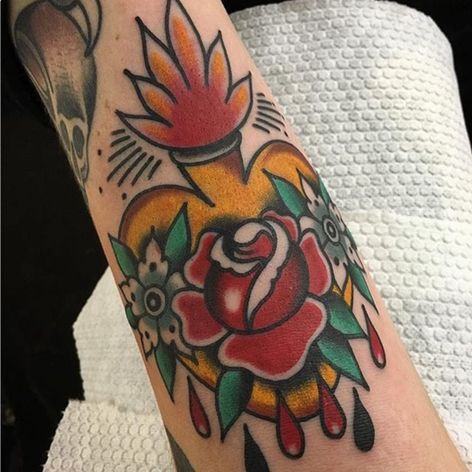 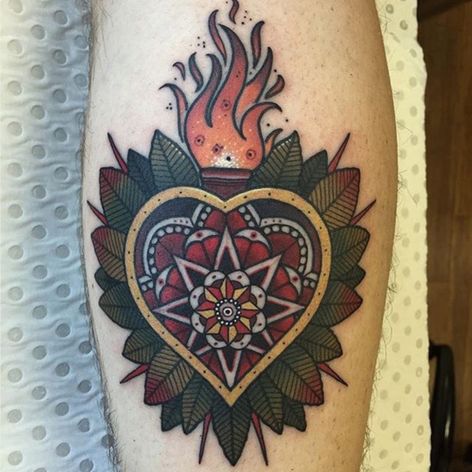 While the Sacred Heart is revered as holy among most Christians, that’s not always the case in the world of body art. Tattooists, as they are wont to do, take artistic liberties with the design, some of which would make every dead Pope roll over in his grave (or sepulchre, whatever you call it). Even if some artists like to dabble a bit in sacrilege, every Sacred Heart tattoo carries the connotation of Christ’s Passion, and the idea of love, selflessness, and, most importantly, redemption. 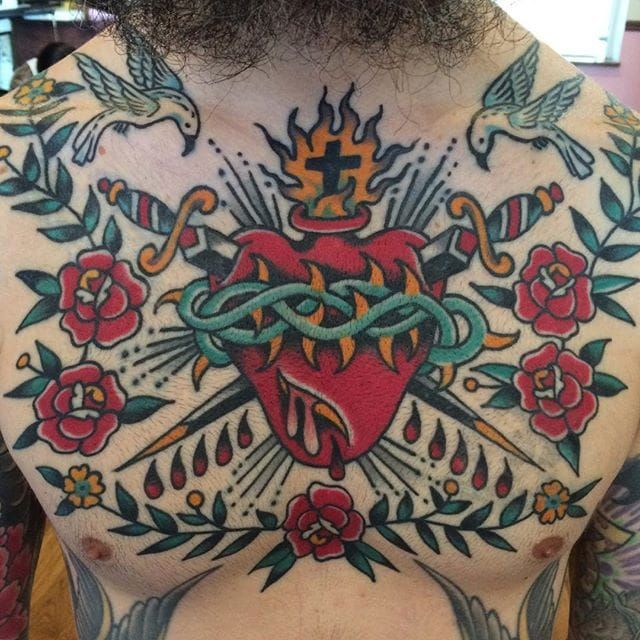 To see more immaculate traditional tattoos, make your way to these tattooists’ Instagram. Should you want a Sacred Heart of your own, have one of them inscribe the divine figure on your body.