To say that I am above ever culturally appropriating anything would be wildly inaccurate. I have one tattoo that I got when I was 17 years old in the middle of Bumfuck, Texas, that I still regret to this day. It is an embarrassing, ugly, pseudo bruise on my upper left arm that I am in no way proud of. It says “polyphonic” in Hindi, and there are about a million reasons I could think of as to why my tattoo is absolutely heinous. Although I can say that after spending the past nine years reflecting on the stupidity of my tattoo, I feel I am allowed to offer up my opinion on this: I do not appreciate Native American tattoos. 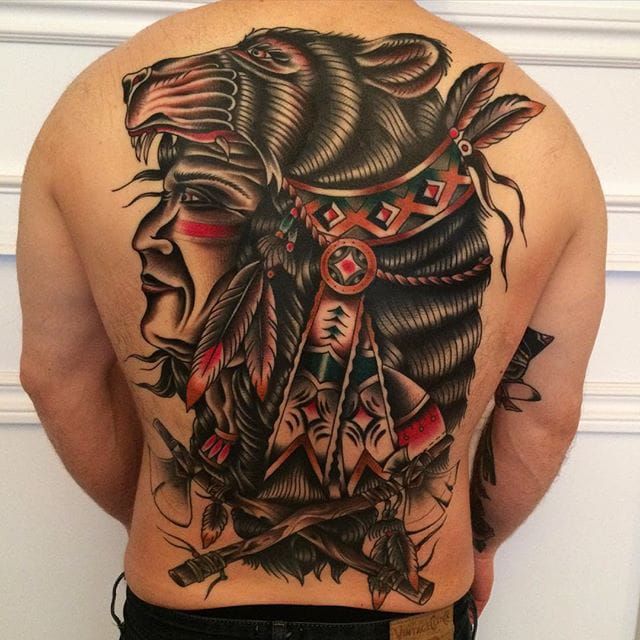 Now, before all 15+ million of you begin hitting that share button with the inevitable, “I can’t believe this! They’re works of art! How dare she,” comments, let me say this: you’re right, they are beautiful works of art. When we visited the Daredevil Museum in Chinatown, I was given a brief history lesson on why the Bert Grimm Sundancer that hangs in their foyer is so important. It was the first of its kind, and in that regard it’s flawless. The positioning of the dancer, the flowers that dot the ground, all awash in beautiful, muted hues of green, blue, and red — the Sundancer is undoubtedly one of the most influential pieces of flash in tattoo history. That being said, I have a problem with it being nonchalantly tattooed on white people. 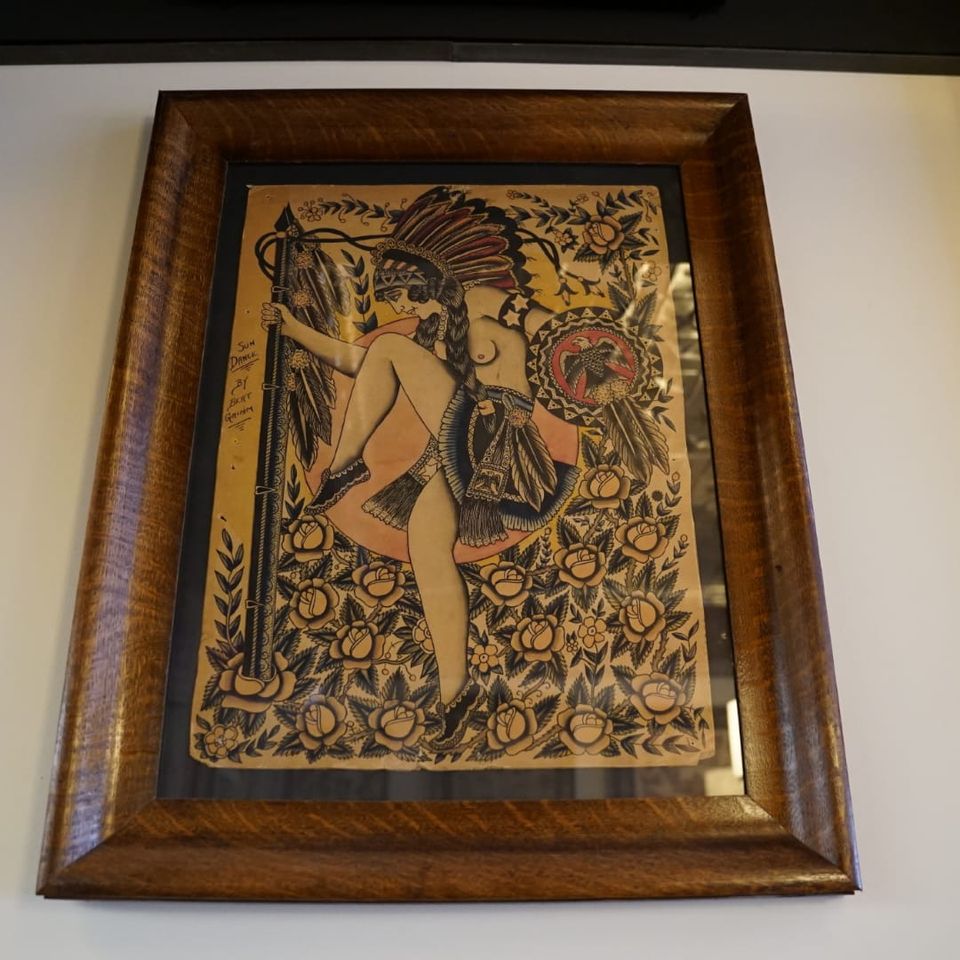 I am a product of the American Southwest. I was born and raised in Texas, and my mother’s side of the family still resides in Gallup, New Mexico, just a few miles east of the Arizona border. My family is Mexican, although the town they live in and the area surrounding it is largely Navajo. I have Navajo cousins and aunts that married into my family that still live on the reservation with their families. There is no running water or electricity on the reservation. The people that live on the outskirts of the southwestern desert live in extreme poverty, and yet, no one seems to care so long as their novelty Native American tattoo is beautiful. Therein lies my inherent problem with Native American tattoos. When white Americans, whose ancestors forced Native Americans into abandoning their cultural heritage in favor of a more “civilized” way of life, take to getting said “savagery” tattooed on them for the sake of aesthetic, it is an act of violence.

I have seen hundreds of cars drive in from the reservation and wait in line at the local Wal-Mart to purchase their clean drinking water for the week. I have seen my cousin perform in Indian Ceremonial, her beautiful turquoise beads beating against her chest in the light of the New Mexican sun. She’s doing her best to teach her two young daughters about their culture, and the heartbreakingly tragic history of why their family lives on the reservation in the first place. To tattoo their likeness on one’s skin knowing nothing of, or even worse, disregarding their struggle as just another cliff note in American history is to agree with the government that sent them to those deserted lands all those years ago.