Let me introduce Kasper Nørlund. Kasper got his first tattoo when he was 17, he played in the successful Danish band 'Spleen United' and is involved in a whole lot of projects- most of them involving art, technology, or music. Lately one of these projects got quite a lot of attention in the media...which made me curious to ask him a few questions... 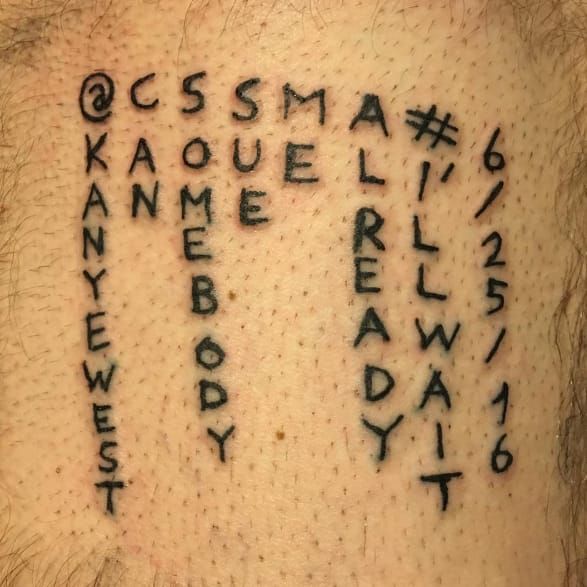 It all started out with Kasper's fascination for the internet, its possibilities, how it affects us and how it has created blurred lines between public and private space. As he says, "This is very exciting but also potentially dangerous if  you're not careful"

So, when CeeLo Green deleted his Twitter profile following a shocking tweet about rape - Kasper decided to get the same tweet tattooed to make the statement that a tweet is as permanent as a tattoo once posted. And that's how The Twettoo Project was born... 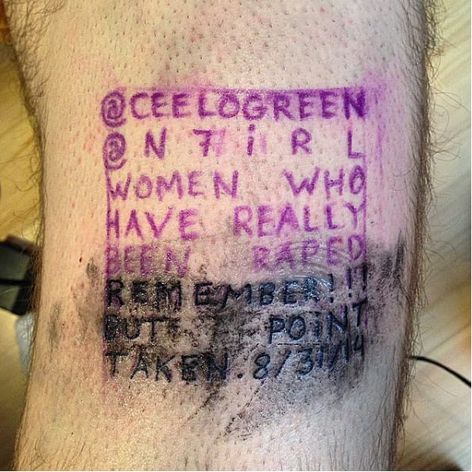 But if you think about it, a thoughtless tweet can also harm you - or others - and it will stay on the internet forever. Even if you regret and delete it.

So I think the Tweettoo Project is a great way of getting people’s attention and give them some food for thought.

Actually, Frankie Ziyanak, my friend and tattoo artist, has a Bukowski quote in his mail signature that sums it up pretty well: “An intellectual says a simple thing in a hard way. An artist says a hard thing in a simple way.” 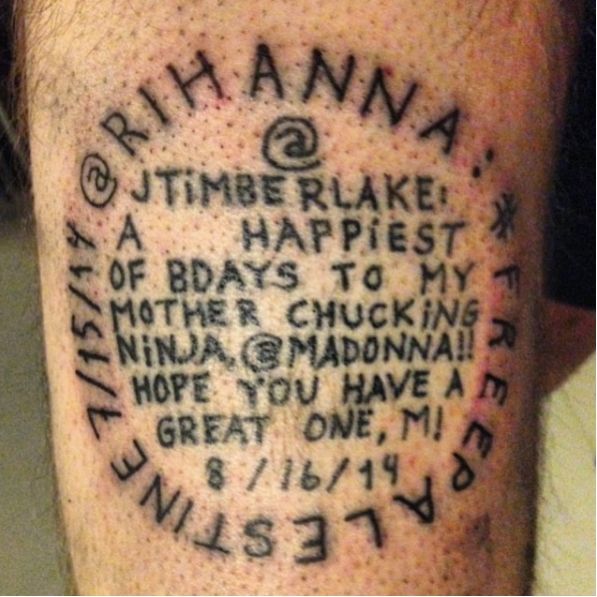 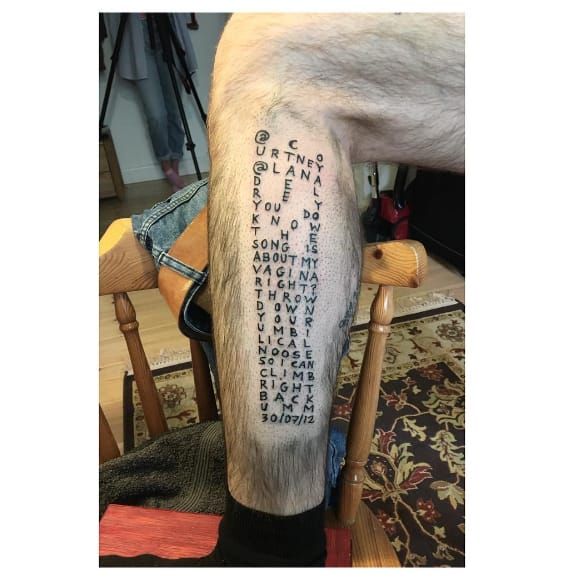 Do the tweets mean anything to you?

What have been people's reaction to your mission? 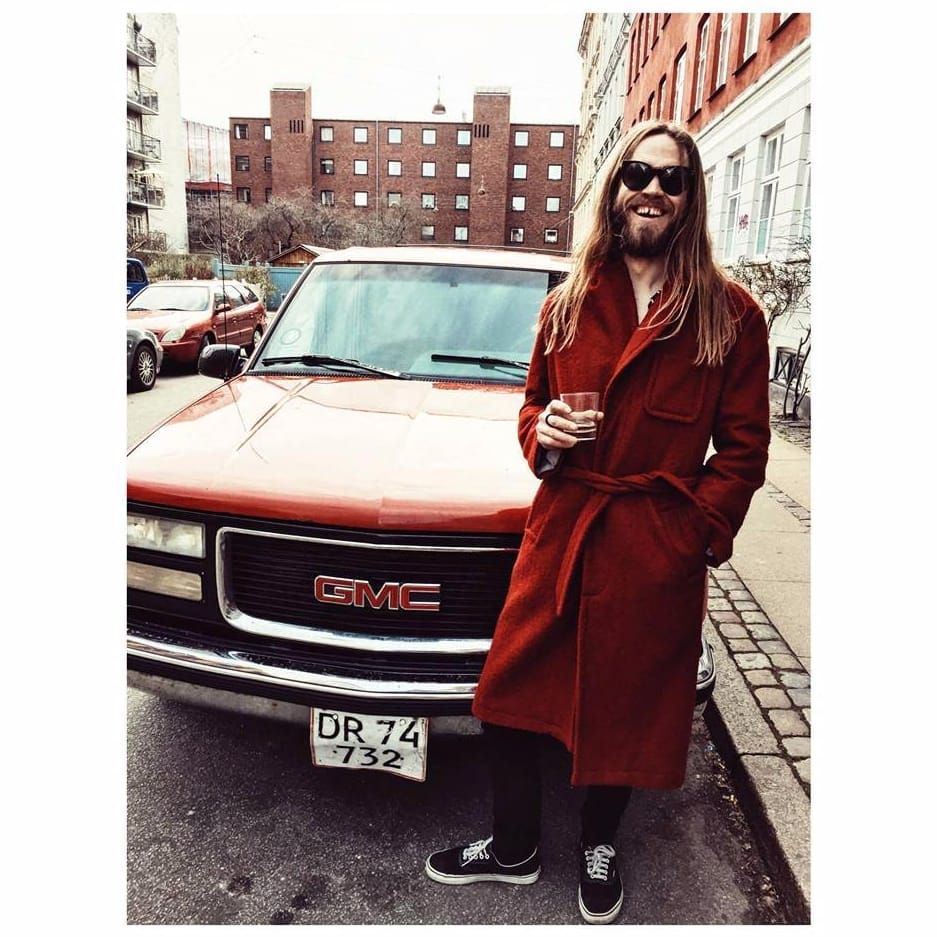 People, including celebs, will in all likelihood continue to post weird stuff on Twitter, so it's relevant to ask you for how long you will continue? Are we talking a bodysuit here? 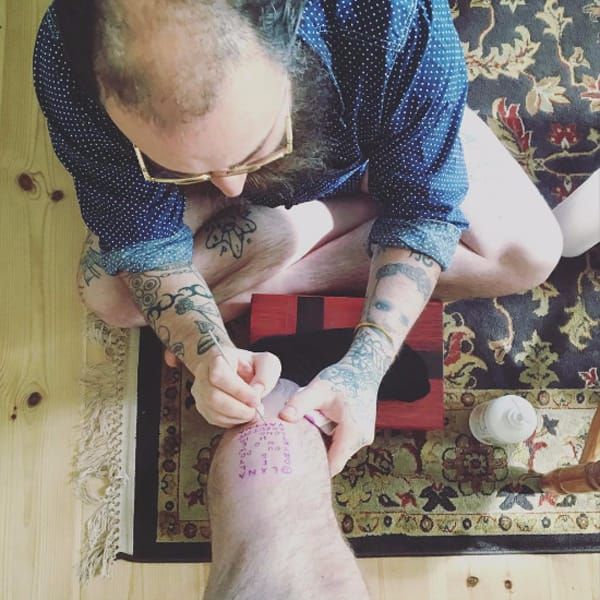 So lastly, I'd like to ask you what you wanna achieve with this?

People tend to express themselves on the web in ways that they never would to another persons face. Far too often people comment, share or judge content thoughtlessly and without fact checking. All these actions are archived and can be found at any time.

We should all be aware of what we put on the web but celebrities are influential public figures with the ability to start trends and change opinions. Along with the power of celebrity status comes a great responsibility. 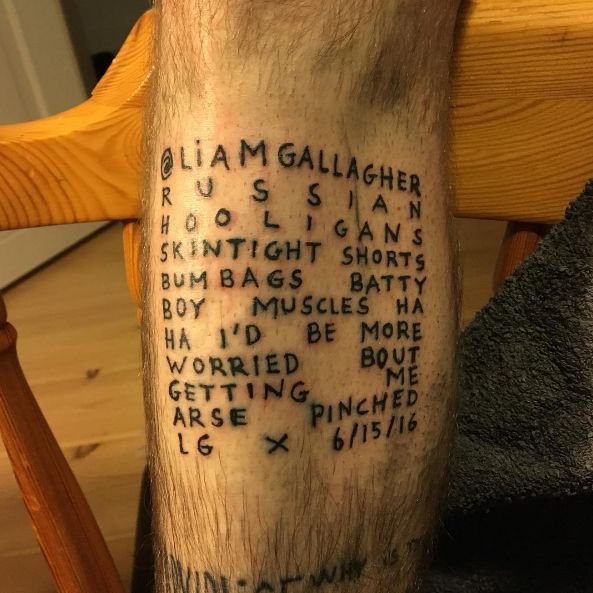 It's obvious that with this project, Kasper is making the point that we should think about our actions and consequences - for him, on the other hand there's also been a consequence - maybe a funnier one, cause as he says "I've sure had to pull my pants down more frequently since I started the project." 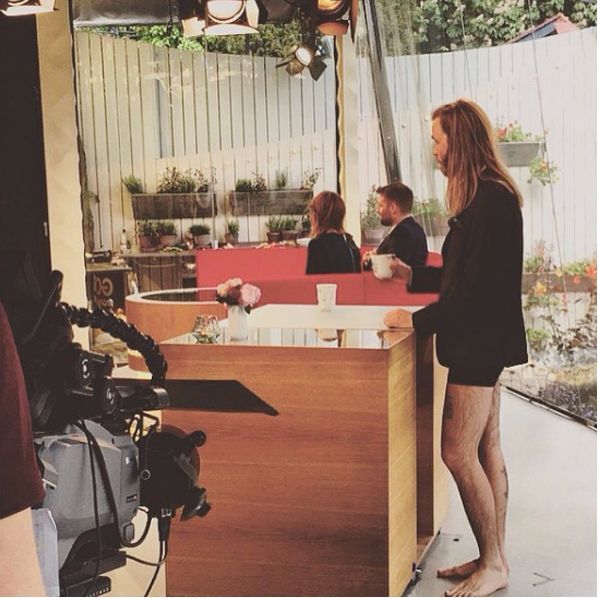 Oh yeah, by the way - as mentioned, Kasper played keyboard in the famous band 'Spleen United' and has the name of their first album tattooed on his arm 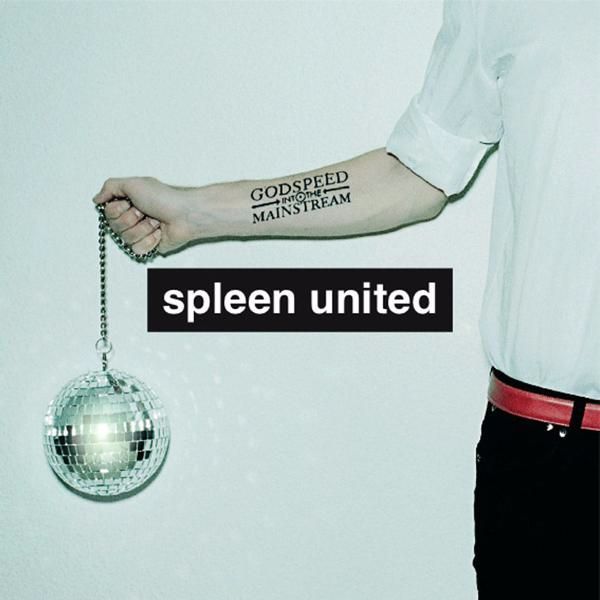 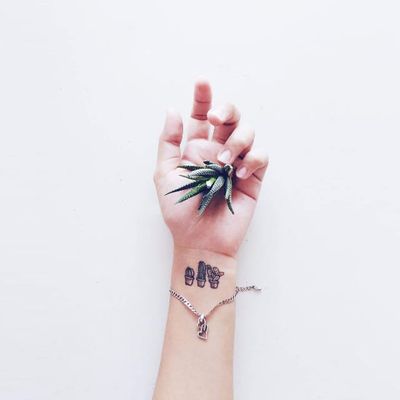 It's back! The interior design world has one big cactus crush - and so do we. 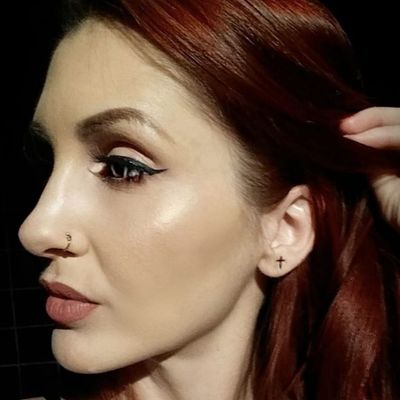 More Earlobe Tattoos - Just 'Cause They're So Cool

A not-so-common placement - but perfect for a minimalistic design. 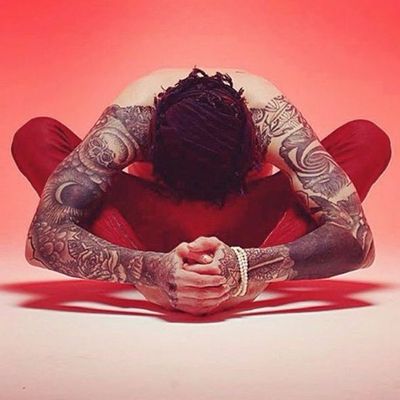 The Blackwork of Mad-Skilled Ien Levin

I don’t know what I find more insane - Ien’s ideas or his skills!