We get such an adrenaline rush from speed-running levels and braining every opponent in our path that we felt it was high time to dig up some Shovel Knight tattoos. Shovel Knight is one of the best side-scrollers ever made, challenging legendary franchises like Metroid, Megaman, and Mario for their spots at the top of the scoreboard. What sets the game apart from the countless other giants in the genre is that, opposed to hocking flaming loogies or spamming an X-Buster, you use the same object to obliterate enemies that you’d use to bury them — a motherfucking shovel. 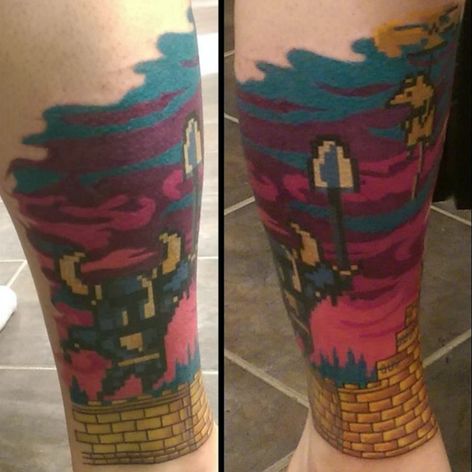 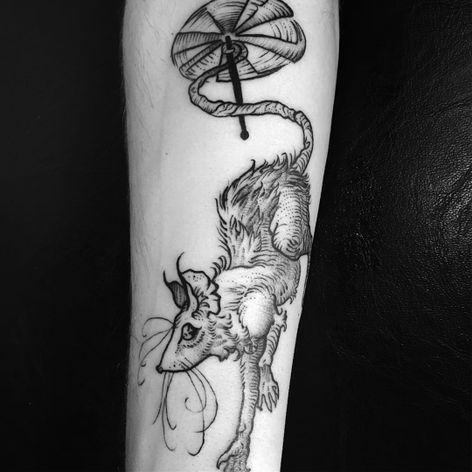 The masterminds behind Shovel Knight are the developers at Yacht Club Games, who after a successful Kickstarter campaign, debuted their brainchild on PC, 3DS, and Wii U. Its popularity grew so quickly that it was released on PlayStation and Xbox within less than a year. In the wake of an outpouring of critical acclaim, the game received numerous awards and accolades, such as Best Independent Game at the Game Awards and Best Platformer at IGN’s Best of 2014. The secret behind Shovel Knight’s success rests in how it combines time-tested mechanics and motifs from previous platformers, bringing the cream of the 2D crop into one breakneck 8-bit experience. 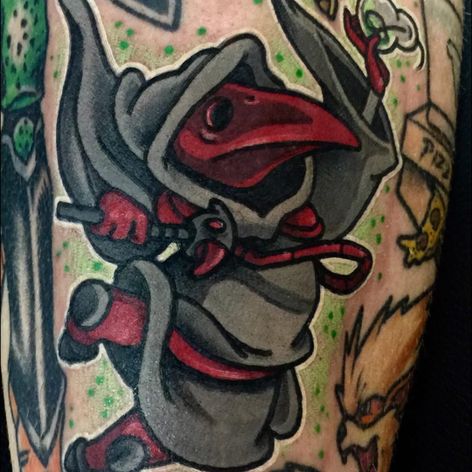 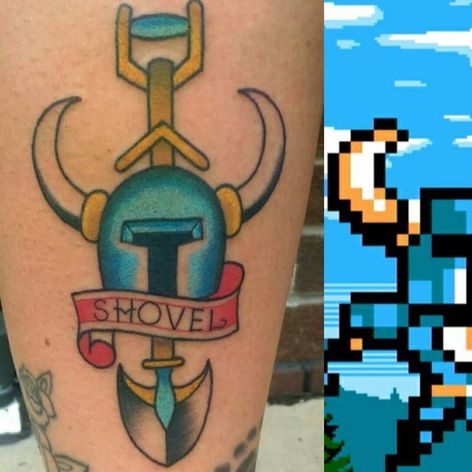 Aside from the clutch gameplay that it offers, the adventure of Shovel Knight is what makes it a challenging yet rewarding undertaking. The main quest revolves around a tale as old as time, rescuing the damsel in distress, Shovel Knight’s true love — the beautiful Shield Knight — who is held captive by the evil Enchantress. Controlling his potholed journey, players encounter a charming cast of colorful characters, quirky townsfolk, a giant fish that’s also an apple, and, most memorable of all, the bosses. You can almost taste victory in the air after laying one of these formidable adversaries low. There's nothing quite like knocking a rival on his ass, after all. 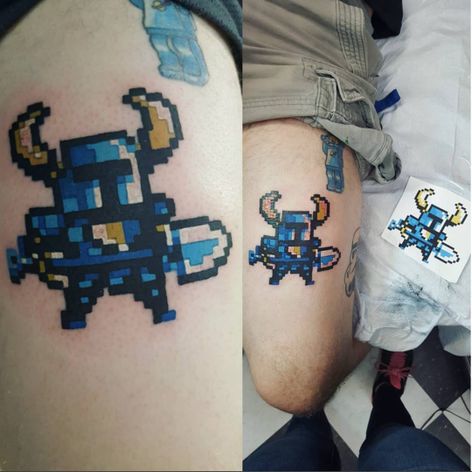 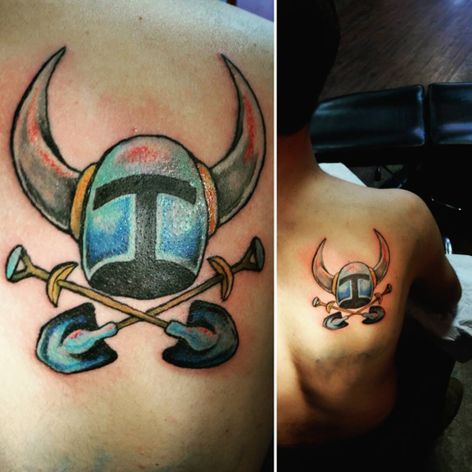 Given the game’s many strengths, it’s really no wonder that fans have gotten tattoo tributes to Shovel Knight. He’s been swinging his trusty spade on people ever since the game’s release. A few fanatics even have the bosses tattooed on their bodies. Plague Knight, with his black robes and spooky mask, is particularly in vogue among button-smashing body art enthusiasts. Rocking one of these sprites on your skin says more than just that you're a connoisseur of video games; it shows that you’re into chivalry and enjoy bludgeoning your way through life’s obstacles. 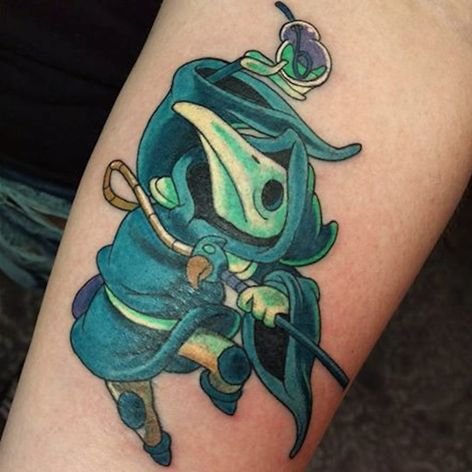 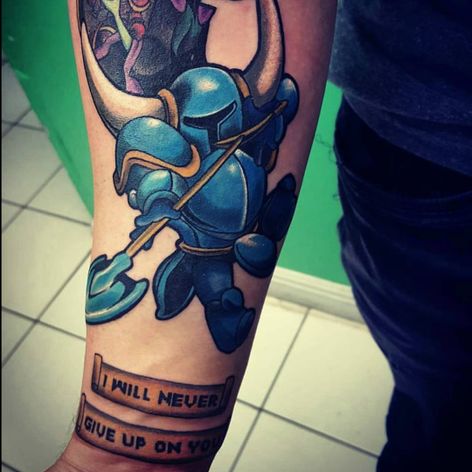 To see more geeky tattoos, venture over to these tattooists’ Instagrams. Should you want to commemorate you love for Shovel Knight as well, have one of them design a tattoo of little gravedigger for you. For shovelry!