For those of you who are following the HBO original series Westworld, last night's episode was certainly entertaining, especially in terms of tattoos and what they symbolize. We got our second and more revealing look at the character Armistice (played by the beautiful and talented Ingrid Bolsø Berdal) — one of the outlaws who runs with the infamous leather-clad Hector Escaton gang. 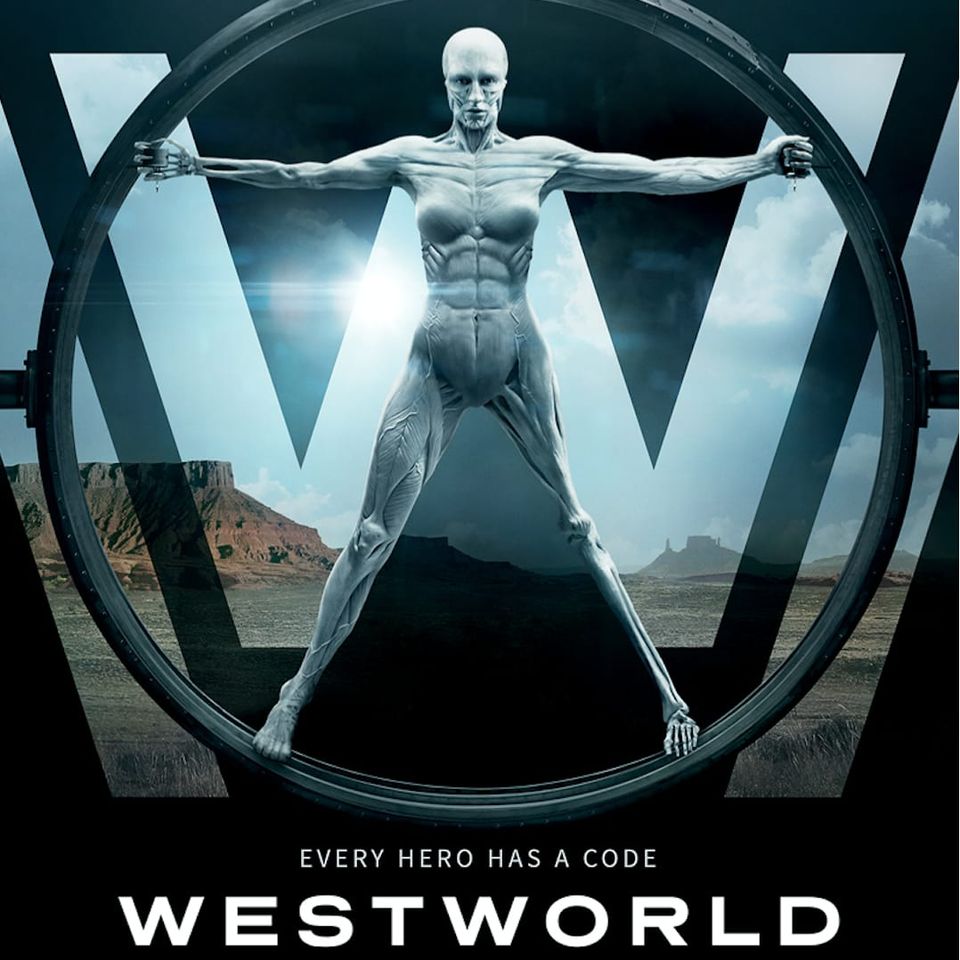 We got our first look at Armistice in the pilot episode of Westworld, "The Original," when she and Hector rides into the town where all the guests start out, Sweetwater, and they hold up the local saloon, killing a large number of the other hosts until one of the park's visitors shoots her. It's one of the best scenes from the series so far, and her killer facial tattoo makes it just that much better. 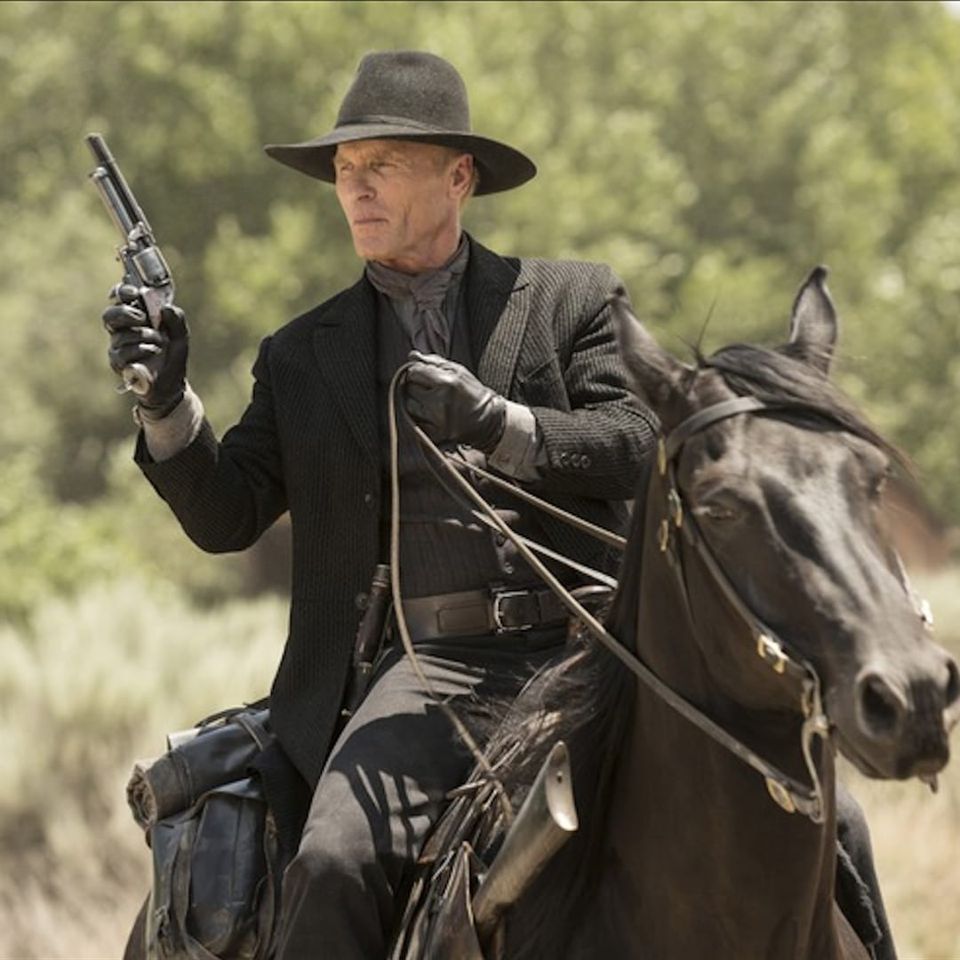 A shot of the Man in Black from HBO's Westworld. #HBO #ManinBlack #Westworld

Last night in "Dissonance Theory," however, we got a much better look at Armistice's tattoo as well as some insight into its importance within the unfurling mysterious sequence of events. At first, we see her from the perspective of the ominous Man in Black (MiB) as he and his prisoner host, Lawrence, view her backside while she bathes in a desert river. They then introduce themselves to her with the MiB gunning down two of her men and then asking if she's now shorthanded, thus joining the female outlaw's band of marauders. The MiB strikes a bargain with her, vowing to break Hector out of jail if Armistice tells him the story behind her tattoo. 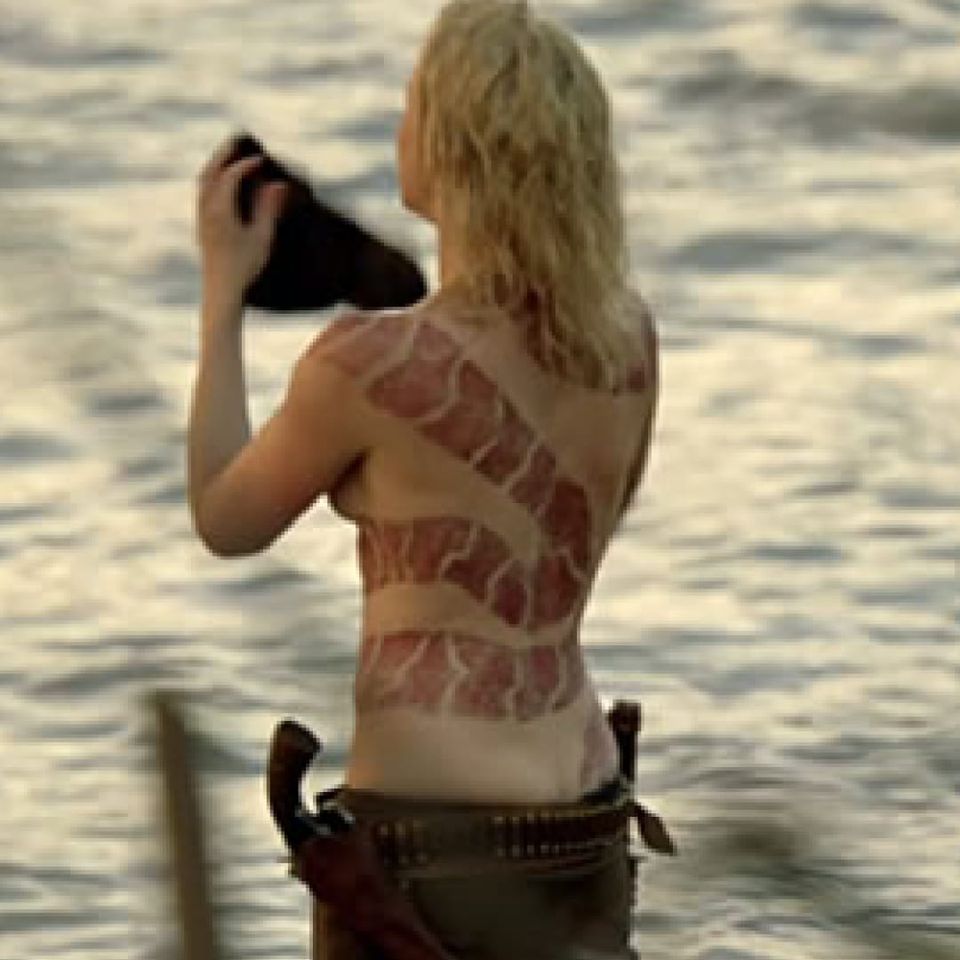 A shot of Armistice from HBO's Westworld. #Armistice #HBO #Westworld

They travel to the village where Hector is being held and the MiB purposely has himself apprehended before then blasting his way out of the jail cell, using trick cigars loaded with explosives. It's pretty cool. Having fulfilled his portion of the agreement, he then speaks with her again:

"He created a world where ... you can't die. Which means no matter how real this world seems, it's still just a game."

Armistice then tells him the meaning behind her body art, revealing that it's made of the blood of people she's murdered in the name of revenge and that it only has one spot left, reserved for the new off-scene villain, Wyatt. Some of the MiB's dialogue in regard to his motives and the enigmatic figure of Arnold — one of the park's original creators — is excellent and also points at where the show is going:

"A story with real stakes ... You could say I'm here to honor his legacy, and I think your tattoo is the next piece of the puzzle."

In fact, this is not the first time we've seen a tattoo take on this level of meaning in regard to the allusive plot of Westworld. In an earlier episode, the MiB brutally scalps a Native American host and finds a maze tattooed on the underside of the skin. Now, we have Armistice's snake, which with its uncolored head, shows us that Wyatt is the next piece of the show's underlying puzzle. 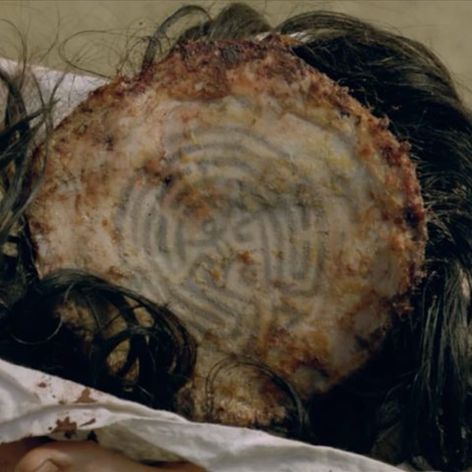 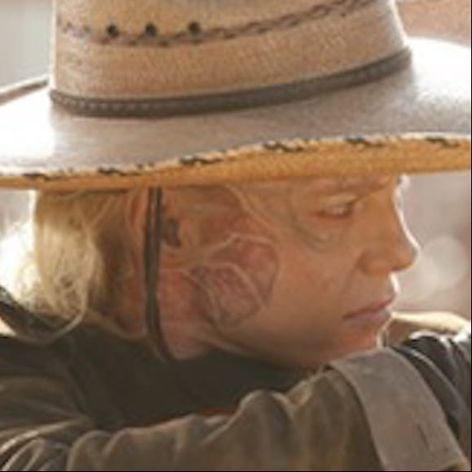 We here at Tattoodo love the direction that Westworld is headed in. So far, we have been thoroughly enveloped in its strange and foreboding storyline, and more than anything else, we appreciate how the creators have incorporated tattoos in such an interesting and compelling manner. It's awesome to see body art coming in to outstanding television in this way. It shows that the art form has the power to captivate and enthrall viewers, especially when used intelligently in cinema. We only hope that more tattoos crop up in the show as well as others as they become more accepted and appreciated by mainstream culture.