When we were kids we used to run home from the school bus as fast as our little legs would carry us just so we could catch the last half of Toonami on Cartoon Network. Inuyasha, Tenchi Muyo, Big O, Outlaw Star, and Sailor Moon were our top animes toons, but there will also be a special place in our hearts for American traditional television like Looney Toons, Merry Melodies, and Silly Symphonies. Same goes for big animation tycoons like Disney and Studio Ghibli...who knew we'd grow up to love old school cartoons as much as we love cartoon tattoos. 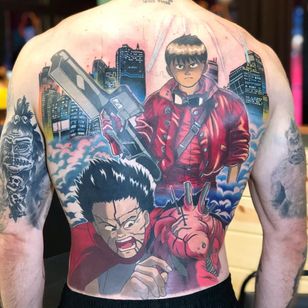 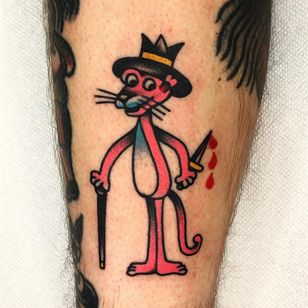 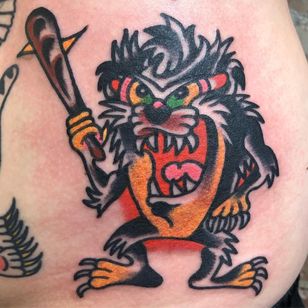 Technically filed under the "new school" category of tattooing styles, these old school cartoon tattoos bring us back a bit. Whether we snuck them while the 'rents were out and the babysitter was talking to her boyfriend on the phone (same goes for MTV and VH1), or if our TV times were during afterschool and sleep over hangs, many of these cartoon tattoos are awesome reminders of some of our favorite characters...take Rukus Tattoo's take on the ultra sweet 1971 creation 'The Point', narrated by big stars Ringo Starr, Dustin Hoffman, and more...they story is by Harry Nilsson..as is the awesome music. 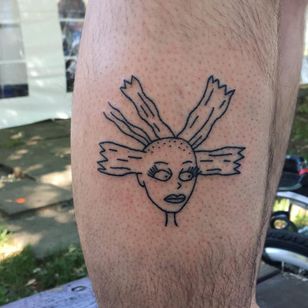 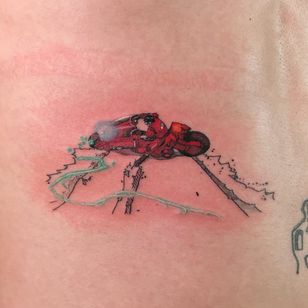 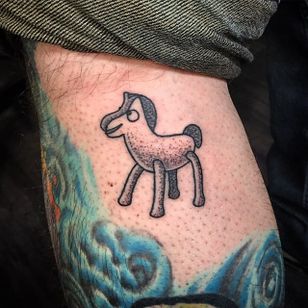 The Powerpuff Girl piece by M Tendo is another one, who doesn't love all those crazy cuties and the villains they have to foil time and time again! Jason Ochoa's dapper serial killer Pink Panther is hilarious as well, as are most of these great cartoon tattoos...if you had to get one, what character would you get and from what show? To be perfectly honest...maybe we'll get a Rocko's Modern Life piece...or Angry Beavers. Those were our main jams back in the day! And who doesn't love a cartoon tattoo that portrays the most loved tv show ever, The Simpsons? Futurama too...jeez. This list could go on forever! 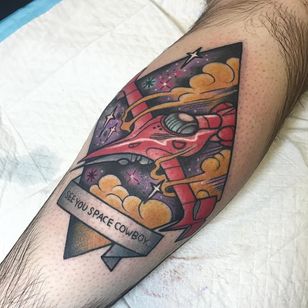 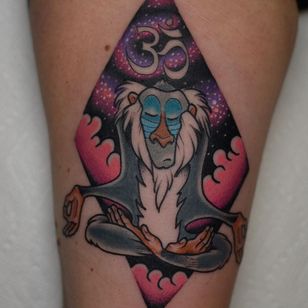 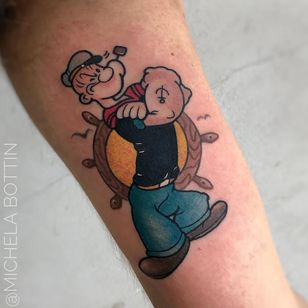 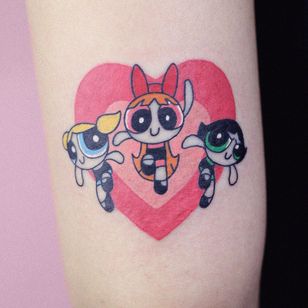 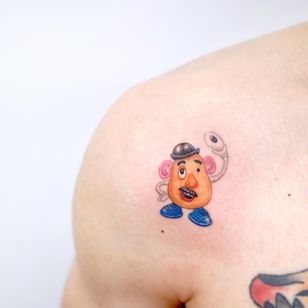 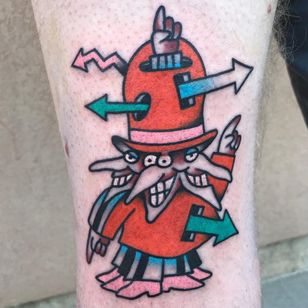