Look, there are a lot of opinions about white ink tattoos out there. Most of them are either “they’re fucking stupid,” or “they’re so cool.” There’s not much in-between. Those whose opinion airs toward the former base it on the fact that most tattoos in white don’t really look like anything after a pretty short period of time. You might be able to tell it’s there, but barely. Those that air toward the latter simply like what they like and don’t really care what you have to say about them.

If you get a white tattoo, know that it’s something that you may think looks cool now, but in a few months, you probably won’t really be able to see it. That’s totally fine. But also know that your tattoo artist probably isn’t going to touch it up or redo it for free. There’s a reason they warn you about it rather than just gleefully taking your money.

Some artists also feel like it’s kind of a waste of their talent and time. Imagine if you were a chef and someone was like “I want you to spend hours crafting this meal for me. I’m not going to eat it. I’m just going to take a picture and put it on Instagram.” Yeah, work is work and your money is as green as anyone else’s, but it’s not a satisfying experience for many artists, so don’t be surprised if someone is a little put off by the request. 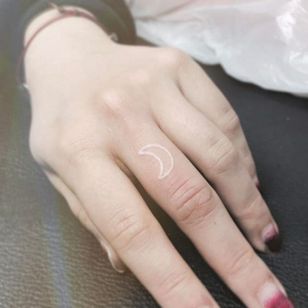 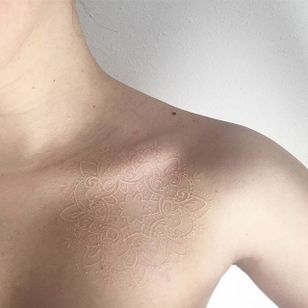 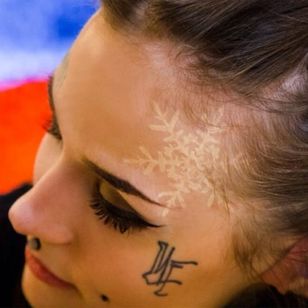 All that caution aside, white ink can definitely be cool. We think it’s strongest juxtaposed against black ink, or another dark color, but it can also be pretty great on its own – even if only for a little while.

Can you blast white ink over black? Jury’s still kinda out on that one–but the results don’t look promising long term. Beware of fresh Instagram photos. They don’t tell us the story of that same piece a year or more down the line.

All that being said, simple, bold designs seem to work best for white ink based tattoos. It’s a bit like scarification, but less traumatizing to the skin. Ornamental designs seem to work well, but if they get too busy, they tend to look like a rash rather than art. Small symbols can also be really interesting, something subtle and understated – a good conversation starter.
Just remember, if your tattoo artist says “no” or is reluctant to tattoo something the way you want it, they’re doing that to protect you. Don’t get insolent about it, take the time to hear what they’re saying and make an informed decision. 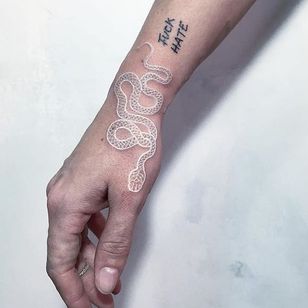 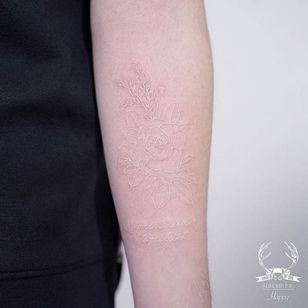 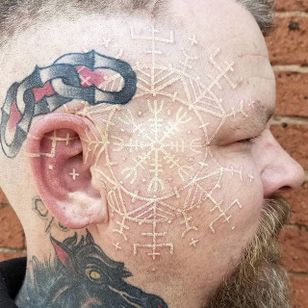 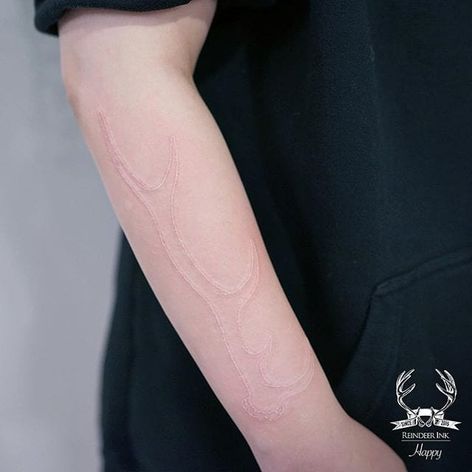 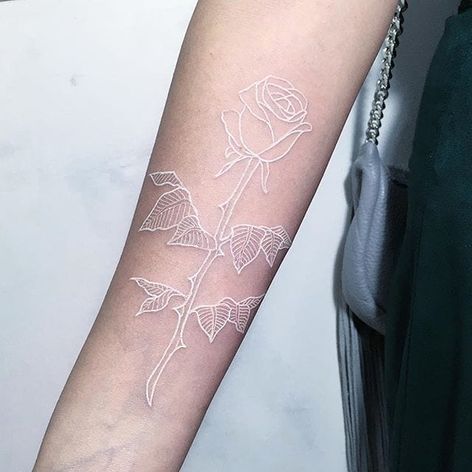 We wrangled up a few of our favorite white ink designs for inspiration. Remember, it’s your body and you should get the tattoo that makes you happy, but be a good, informed client and set realistic expectations.