Surrealism is one of those styles you either love or hate, there really is no in-between. Wildly imaginative and weird to its core, surrealism takes the everyday and makes it into pure, unadulterated art. Let’s just say that it takes a certain type of mind to come up with some of the iconography found in the style, and artist Jefree Naderali of Tattoom Gallery in Istanbul, Turkey is doing it right. Best known for his incredibly fine black and grey work, whose shading and attention to detail rivals that of most fine artists, it’s astounding to think that a single mind could come up with such images, but time and time again, Naderali proves us wrong. 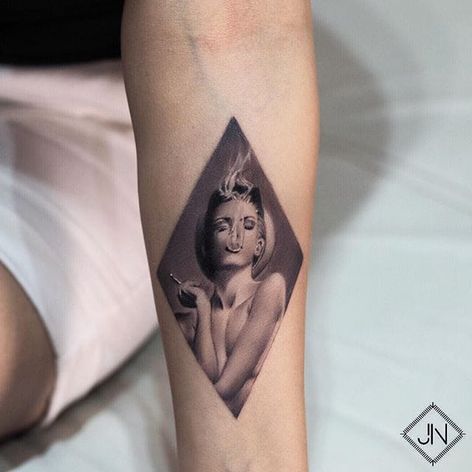 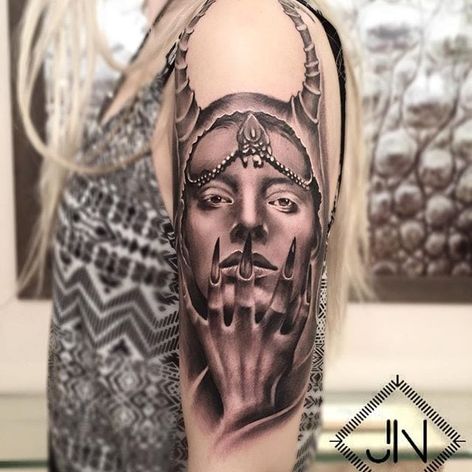 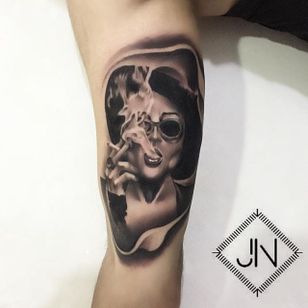 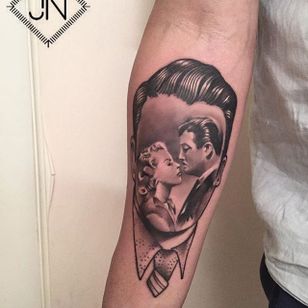 Favoring portraits for the majority of his work, Naderali’s strength lies in his profound ability to combine realism with surrealism. All of his human subjects are depicted true to life, with incredible detail paid to their features — their faces perfectly portrayed as if it were a realistic portrait — but where Naderali’s style differs is their setting and overall tone of the work. Perhaps best seen in his meta-portrait of a Hollywood classic, where a man and woman are seen gazing intently into each other's eyes teetering ever so slightly on the line of love vs. hate, Naderali takes an unexpected turn, and instead makes their interaction the face of a larger portrait. In this way, Naderali creates haunting undertones of recollection and perhaps a tinge of sadness which can be seen throughout the body of his work. 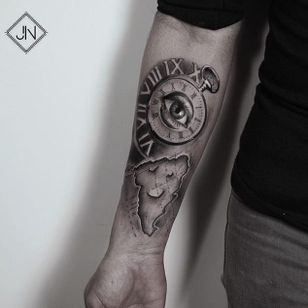 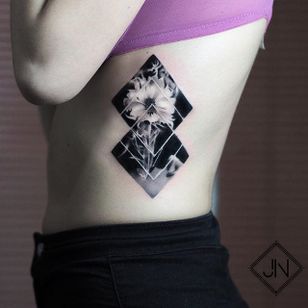 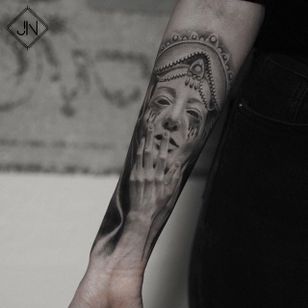 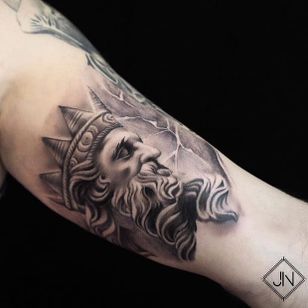 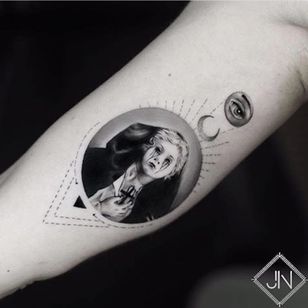 From the weeping blind woman to his gorgeous version of a rose whose lower half has been chipped away in an brilliant use of negative space, Naderali’s work is inspired. If you fancy yourself a weirdo, we can’t think of any better way to communicate that to a wider audience than by getting one of Naderali’s impressively weird and downright surreal works.