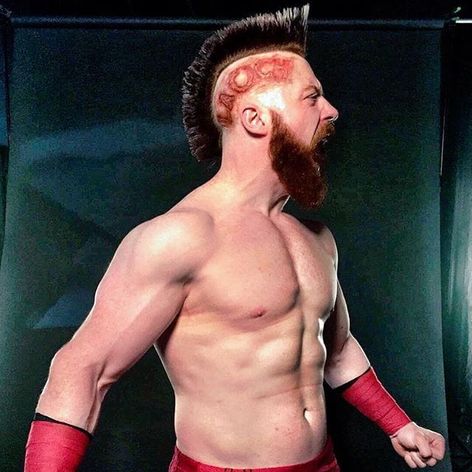 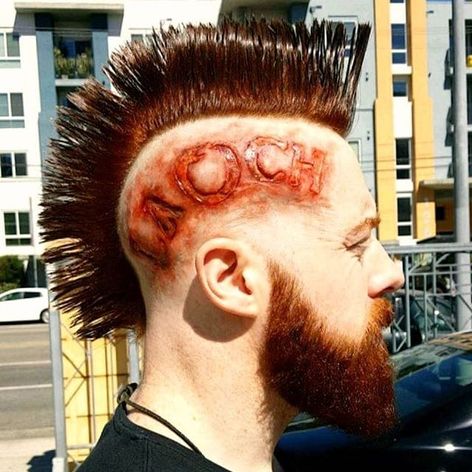 Irish professional wrestler and actor Sheamus is a force to be reckoned with. The four time WWE world champion stands at an imposing 6 ft 4 with fiery red hair and immense muscles- but he had fans going wild hours before the show even kicked off!

Hours before his tag team match with tag partner Cesaro, Sheamus shared an image online of some graphic scarification. Carved into the side of his head was the word 'Laoch', a Gaelic word for warrior, but it wasn't quite what it seemed. As real as the lettering looked it was in fact special effects!

Created by renowned special effects artist Robin Fuqua as an entry to the European Body Art tutorial video contest, Sheamus' body art had most people fooled...and many worried that it didn't exactly look safe to wrestle with!!

Of course this isn't Sheamus' first time experiencing temporary body modifications. While shooting for his role as Rocksteady in the latest Teenage Mutant Ninja Turtles movie Sheamus sported some rather badass fake tattoos. 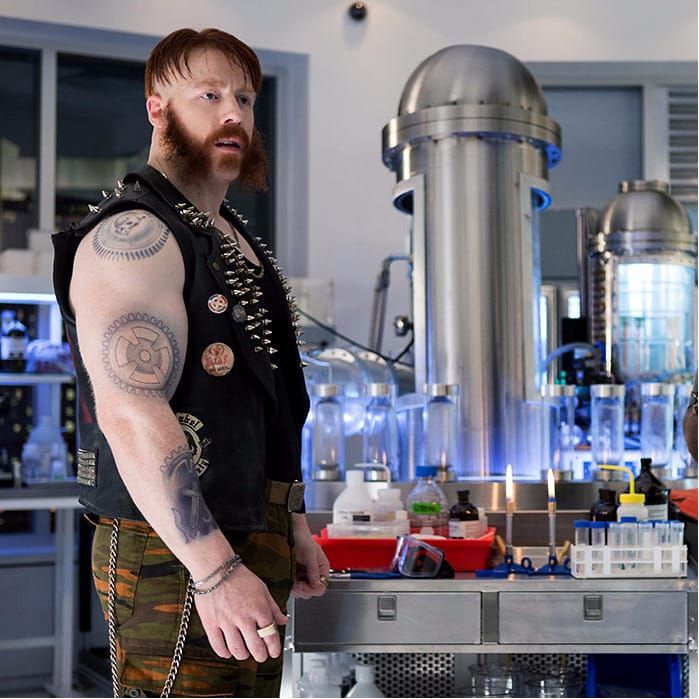 While it's a relief to many that Sheamus hadn't gone crazy and grabbed himself some insane scarification before his match on Raw, the overall effect was still pretty cool. Whether or not we'll see any more temporary body modifications on next week's show we'll have to wait and see. In the meantime, you can always see more on Fuqua's Instagram so be sure to check it out.