If you're a big fan of Alien and its sequel Aliens and even the arguably lesser later films, then you're in for a cinematic treat. There is a virtual infestation of tattoos out there that reference and take after the thrilling films. We decided to focus on the xenomorph just to show you how many people have taken imagery from these cult classic sci-fi movies and turned it into body art. So, sit back, snack on some popcorn if its at hand, and enjoy these face-hugging, chest-bursting, and acid-drooling tattoos. 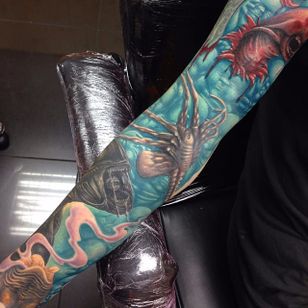 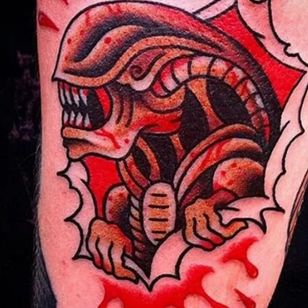 As one can see, the chest-burster is one of the fan-favorite stages of the xenomorph lifecycle. Several people have even got this little bugger inked right onto their sternums as homages to the famous scene from Ridley Scott's first installment of the franchise. Face-huggers, however, are definitely the most popular form of the xenomorph in the tattoo universe. Cinephiles are getting these clingy hatchlings tattooed with quippy phrases such as, "Free hugs," "Love kills slowly," and other ironic quips. 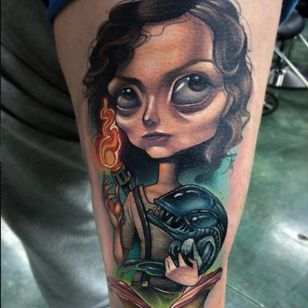 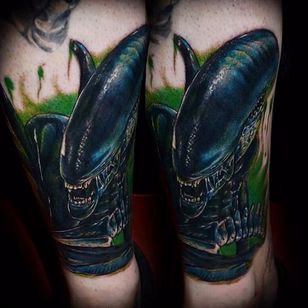 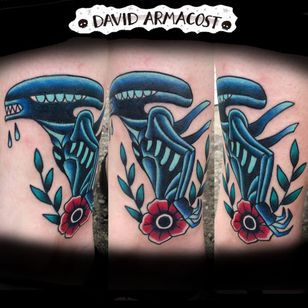 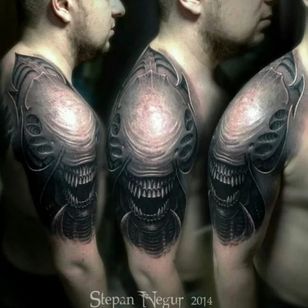 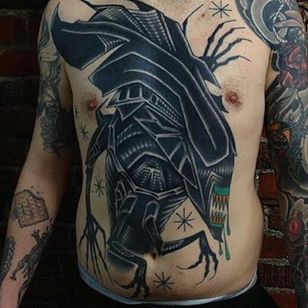 It's, astronomically speaking, amazing just how many tattoo styles xenomorphs have appeared in. Here, there are astounding examples of realism, new school, and traditional. Hell, we're surprised no one's done an Irezumi version of the lethal space creature yet. We were even more blown away to find a queen xenomorph illustration, much less one done in the American style. Stellar work there, Gagné! He's basically the H. R. Giger of traditional tattoos. 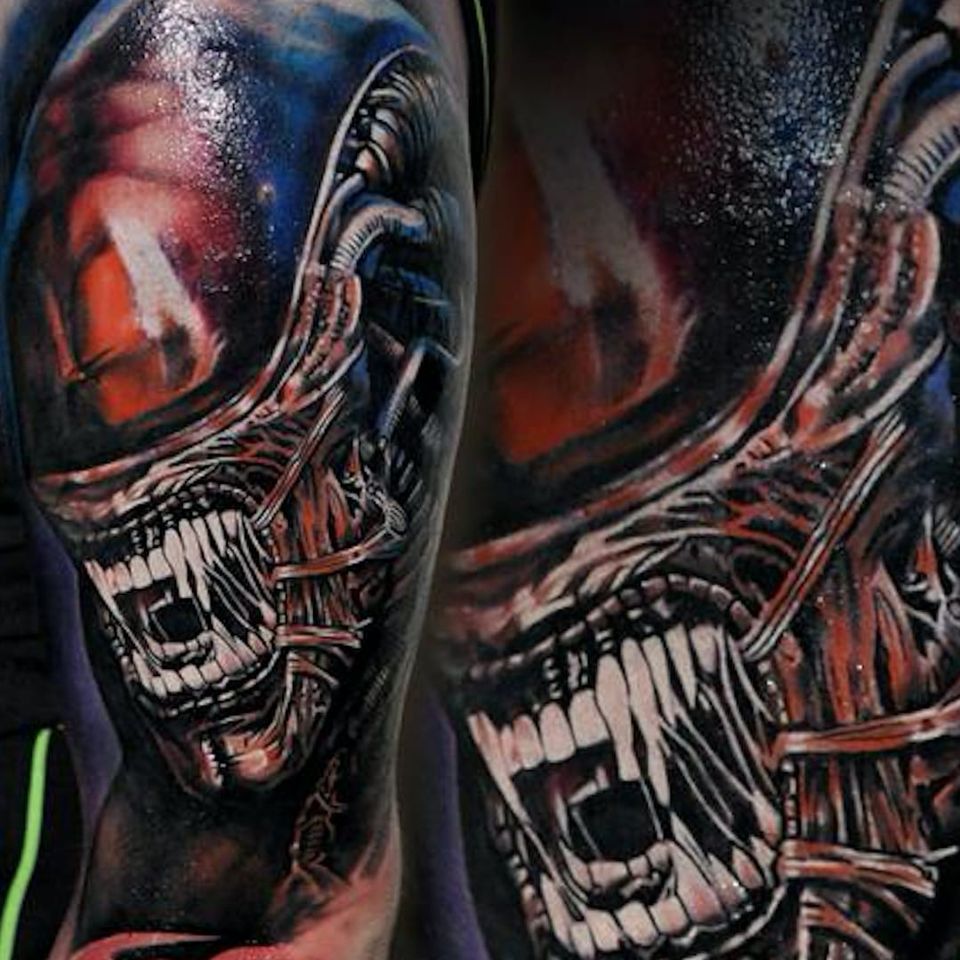 Damien Gorski's (IG—gorskytattoo) portrait of a xenomorph might be the best ever. #Alien #color #DamienGorski #portraiture #realism #Xenomorph

We hope these xenomorph tattoos brought you back to the first times you saw the R-rated Alien movies when you were too young. If you liked any of the depictions of these vicious extraterrestrials, make sure to check out the Instagrams of the artists who illustrated them, all of which are in the captions. Also, if you want a xenomorph tattoo of your own, consider hunting one of these world-class tattooists down.