The United States is home to some of the great early pioneers in the tattoo industry, but few of them were as influential as Bert Grimm. He is best remembered for his innovative flash art, which is still used by tattooers today, but what most people don’t know about his life is that chasing a career in body art led him all over the country, working in shops, sideshows, and arcades. He even ran a booth with Buffalo Bill’s Wild West show and was a central figure in what was once the teeming tattoo community at the now demolished amusement park, The Pike, in Long Beach, California, during the ‘50s and ‘60s. Though Grimm passed away in 1985, his legacy lives on through his original designs. 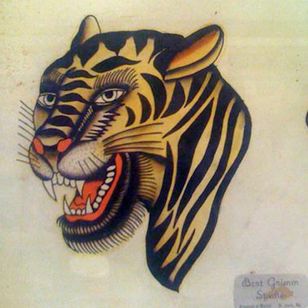 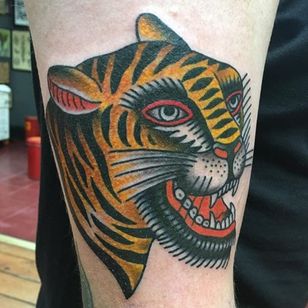 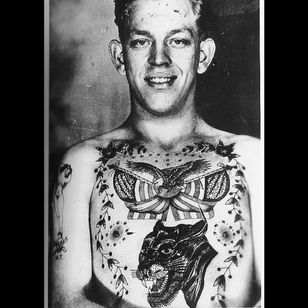 Grimm found his way to tattooing very early in life. By the age of 11, he was already poking around in shops throughout Portland, like Erickson’s Saloon, and by 12, he acquired his first tattoo machine, kicking off a career that spanned the majority of the 20th century. Over the course of his long stint as a tattooist, he worked in Chicago, Las Vegas, Los Angeles, Honolulu, and even in China for a while, befriending numerous other influencers (even doing Lyle Tuttle’s back-piece) along the way. The most intriguing places that he hung his hat were not conventional by today’s standards: prior to founding his shop, Bert Grimm's World Famous Tattoo, he churned out body art at circuses and other traveling shows. 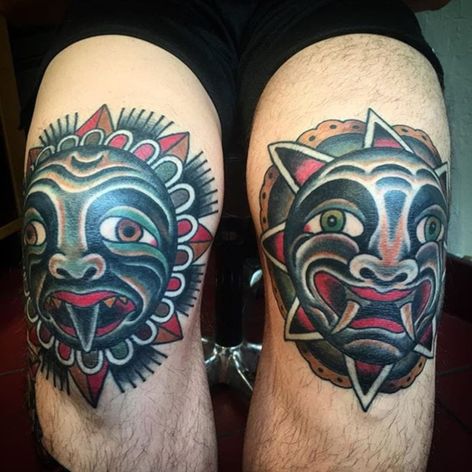 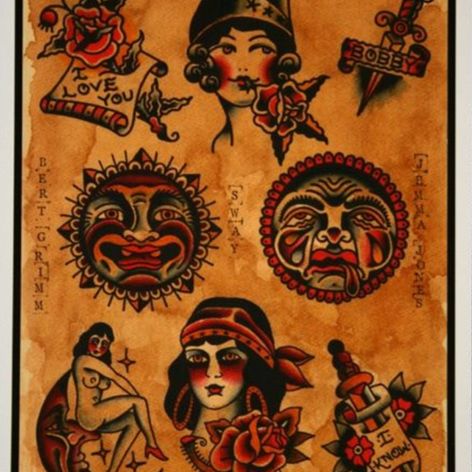 Imagine getting tattooed by Grimm just after seeing a couple hours’ worth of trick riding, knife throwing, and sharpshooting at one of Buffalo Bill’s shows. Or climbing off of the notorious old wooden roller coaster, the Cyclone Racer, at The Pike, and dodging sword swallowers, jugglers, and fire breathers do their bits along the boardwalk on your way to see Grimm. It would have been an experience like nothing that the modern world of tattoos really offers, and you can see how his time with such outfits inform his designs of figures like cowgirls and clowns. 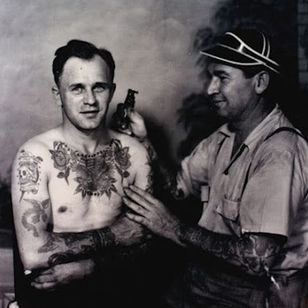 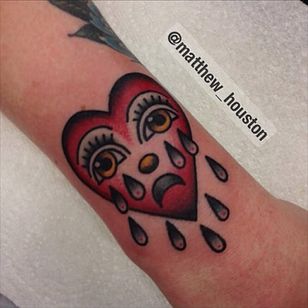 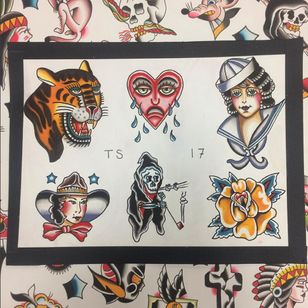 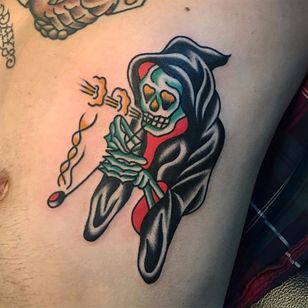 Though Grimm’s flash designs resemble that of other early pioneers in the traditional style — Christian Warlich, Gus Wagner, and others — there are certain features that make his work stand out from his contemporaries. His suns are some of his most iconic pieces, featuring his signature grinning face. Another example are his weeping hearts, which are still widely replicated. His tiger heads — with their subdued expressions — are equally recognizable, but the unique aesthetic of his work is best exemplified by his pinups. His famous “Sundancer” design — the Native American woman in a headdress with one knee raised high in the air and a shield on her arm — is still one of the most unmistakeable images in traditional tattoos. 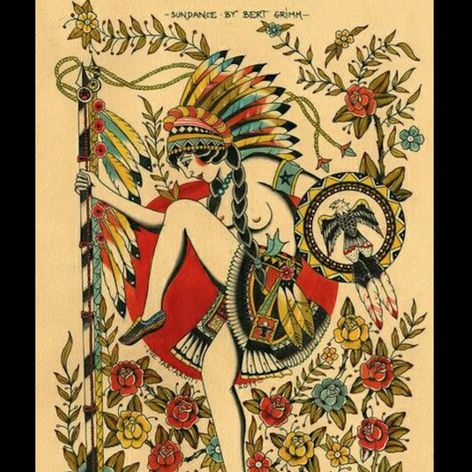 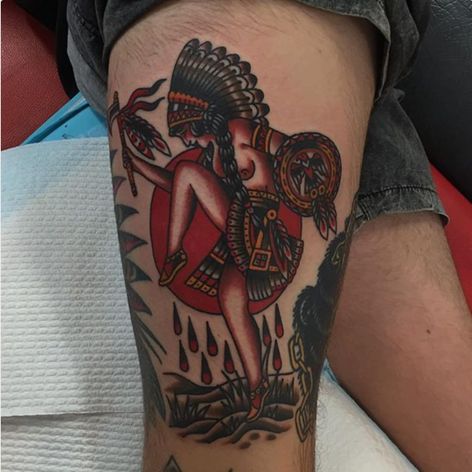 To see more traditional tattoos that are in touch with their roots, follow these artists on Instagram. Grimm may no longer be around to tattoo you, but his legacy lives on through his flash and the people who recreate his designs. If you’d like to take part in the long and meaningful history behind the style, consider having one of them tattoo a Grimm original on your body.

This little trip down the memory lane was Flash from the Past, our series where we celebrate the life and times of early tattooists. We hope you like learning about Grimm and how his flash is still recreated to this very day. If you want to find out more about famous figures from the history of body art, check out these other pieces on Maud and Gus Wagner, Christian Warlich, Jesse Knight, Jack Dracula, and more.