If you’re looking for fascinating tattoo information, you’ve come to the right place! We’ve compiled a list of obscure and impressive tattoo facts to keep you educated and inspired. Read along as we take you through the highlights of the strangest, coolest, and most intriguing facts revolving around tattooing!

1. According to a survey, more women than men in the US have tattoos

When it comes to getting tattooed, it appears that more women than men are taking part in the practice. A new poll released by the Oxygen Network and Lightspeed research purports that 59 percent of women have tattoos compared to only 41 percent of men.

In combination with coal dust, urine was sometimes used to mix tattoo ink, as it was believed to hold antiseptic properties. Thankfully, the tattoo ink we commonly use consists of pigments combined with a carrier, with additional add in’s ranging from Listerine, to Kettle One vodka, to help assist with sterilization. 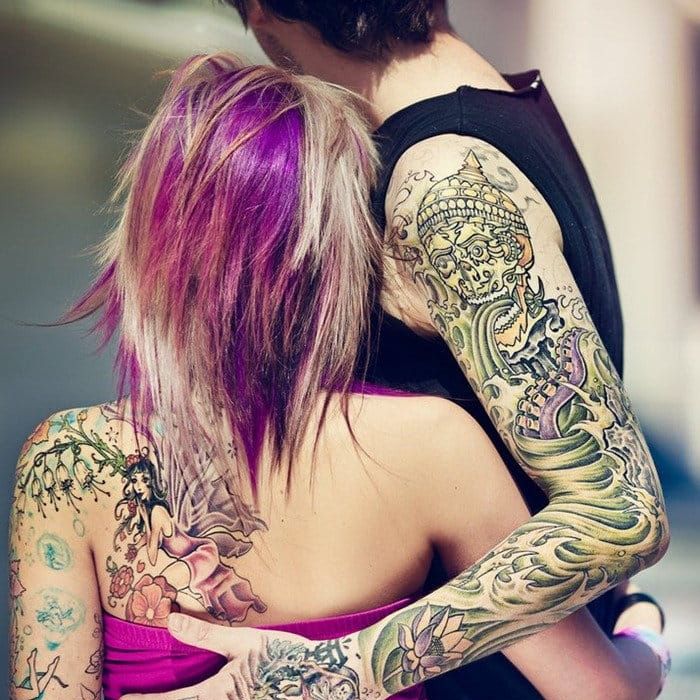 Cool tattoos for men and women, getting inked with a friend

Most people don’t realize when they are getting tattooed that it’s not a single needle point perforating their skin. Tattooing needles utilize groupings of needle points which are then pushed into the skin via a machine. This results in the incredible number of skin punctures throughout the tattooing process.

4. Tattoo ink is inserted into the second layer of skin

When you get a tattoo the ink is injected directly into the second layer of skin, referred to as the “dermis”. The skin atop the dermis is called the “epidermis” and acts as a sheer veil over top of the actual tattoo. 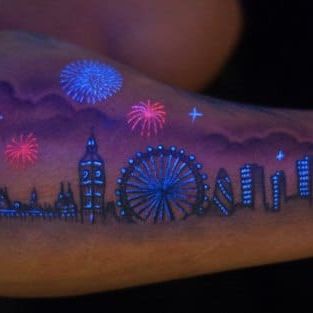 Glow in the dark tattoo

5. Religions like Christianity, Judaism, and Islam have traditionally been opposed to tattooing

Although many world religions have held strong oppositional stances on tattooing, not all have decided to condemn the practice. Religions like Buddhism and Hinduism have historically used tattoos as a means to further spirituality, and do not hold negative beliefs about the practice.

Read also: What does the Bible say about tattoos?

6. The philosopher Confucius was against the practice of tattooing because he propagated that the human body is a gift

Contrary to Confucius’s stance, China’s stone sculptures depict men with tattoos on their faces as early as the 3rd century BC. Although the practice was accepted by some, there were many in Ancient China who believed that tattoos should be used as a form of punishment to mark and exile criminals.

Read also: 5 (Real) Reasons Why You Should Not Get A Tattoo 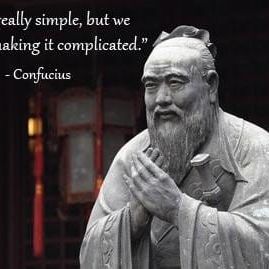 7. Tattoos were introduced to the west by sailors like Captain Cook

When Captain Cook and his crew sailed to Polynesia in 1769 many of the mariners were intrigued by the tattoos they saw displayed on the natives. Deciding to take part in the process themselves, the sailors returned back west wearing tattoos of their own, helping to coin the term “tattoo”, and sparking a wide spread interest in the art form.

8. The oldest discovered proof of tattooing dates back to 3250 BC

The oldest known tattoos were discovered on the well-preserved body of a man nicknamed “Ötzi”, who was found beneath a glacier in the Alps. His body displayed over 60 different tattoos, composed mainly of simple dot and line designs, and created using carbon ink.

9. The first tattoo machine got its inspiration from Thomas Edison’s electric pen 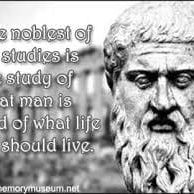 An ancient Roman physician by the name of Aetius created a tattoo ink that was found to contain pine bark, corroded bronze, vinegar, vitriol, leek juice and insect eggs! Luckily for the squeamish, most early inks contained a mixture of soot, charcoal and natural ingredients (bugs excluded).

11. During the 18th-20th century, English and Russian royalty sported tattoos

During this time frame tattoos were considered to be an elite and exclusive practice. Members of the royal families would adorn their bodies with permanent art, only to begin speaking out against the practice when it became available to the common people..

12. Black is the easiest color to remove from a tattoo

Contrary to popular misconceptions, black is actually the easiest color to remove during a laser procedure. The black ink absorbs the greatest number of laser waves, allowing it to be removed from the skin much easier than vibrant, lighter colors like green and yellow.

Read also: How Can I Get a Tattoo Removed? 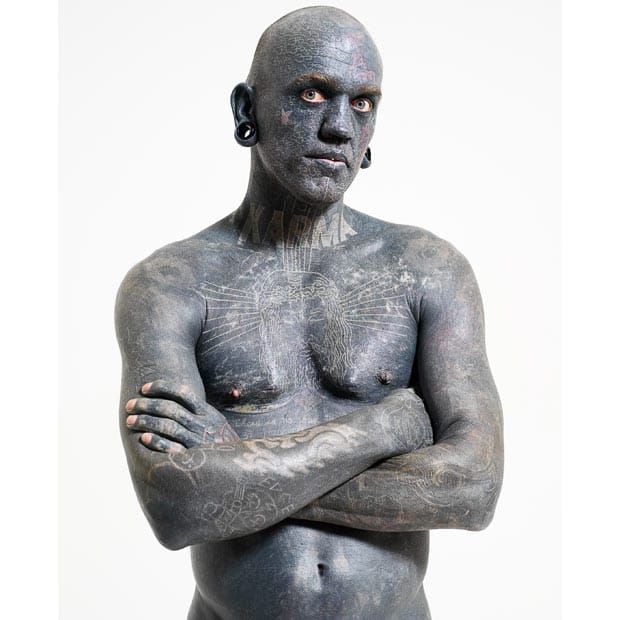 Facts about People with Tattoos

13. According to a recent study in South Africa, people with tattoos are more likely to be considered extraverted than their non-tattooed counterparts

If you have ink of your own, this study suggests that you may be more friendly, talkative, outgoing, affectionate and fun-loving than a non-tattooed person. While it’s clear that tattooed people span a wide array of personality types and traits, the findings suggest that those with tattoos are more prone to feel energized around other people.

14. Psychology Today reports that a recent study has concluded that people with tattoos are more likely to be “experience seekers”

This recent study has determined that people who choose to get tattooed tend to lean towards non-conforming lifestyles, enjoying adventures pertaining to the mind and senses, and preferring low-risk novel experiences.

15. Recent studies find that tattooed people feel a stronger urge to separate themselves from the crowd

It turns out that people who choose to get tattooed may feel a stronger need than most to claim their identity and stand out from the crowd, using tattoos as a way to differentiate themselves, and express their inner thoughts and personal attitudes.

16. Women are more likely to get their tattoos removed as compared to men

A research study taking place in dermatology offices in several states, found that more women than men choose to remove their tattoos. When women were asked about why they had decided to get rid of their ink, the most common responses were; social stigma and pressure, embarrassment, or a new job/career.

17. Many women choose to bring a buddy to their tattoo appointment

40 percent of women decide to bring a friend or loved one along for their tattoo appointment, preferring to share the experience with those close to them. See more from the survey

Lucky Diamond Rich is the most heavily tattooed person on the face of the planet. With 100% of his body tattooed, he sports designs on the inside of his mouth, eyelids and even his foreskin! 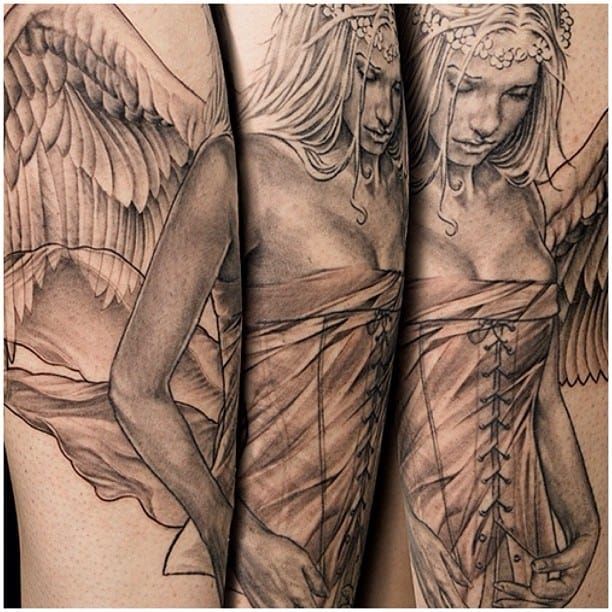 As tattooing continues to become more socially accepted, the embrace of the art form steadily grows. The number of tattooed people is expected to continue to rise over the next few years, stretching the average yearly spending even further.

20. The most popular tattoo motifs are said to be angels and hearts

It’s hard to say why these designs have held the top spot for tattoo imagery the past year, but perhaps it comes down to what matters most to many people; nature, spirituality, and imagery like that speaks to traits like strength and beauty . Often times when we choose to get a tattoo it’s to provide us with a sense of empowerment, connection and an avenue for self-expression. So it seems to make sense that many have selected imagery speaking to their emotions, passions, and a desire for spiritual protection.

21. “Tattoo” is one of the most commonly misspelled words in the English language

Often misspelled as “tatoo”, this simple word seems to evade most people when it comes to spelling it out. While spelling mistakes are something to laugh about, misspelled tattoos are not! So make sure you double check any spelling prior to getting the tattoo of your choice. Some of the funniest tattoo misspellings include “Beautiful Tradgedy”, “Tradgey/Comedy”, “Fuck the Systsem”, “I’m Awsome”, “Sweet Pee”, “Tomarrow Never Knows”, “Leave a coment below”, “Exreme”, and “Eat & Drink Today Fore We Die Tomorrow”.

In 2007, Tommy Lee was the first person to be tattooed while flying in mid-air. Tattooer Mario Barth of Starlight Tattoo gave Lee a black and grey peacock on his leg while flying 45,000 feet in the air on Lee’s private jet. Both Lee and Barth made their entry into the Guinness Book of World Records after the epic mile high tattoo.

While tattooing was used during ancient times to increase fertility, strengthen warriors, and express status, the Greek and Roman empires used tattoos as a form of punishment. Anyone believed to have committed an unforgivable offense would be forced to get a tattoo “to mark their bad character”, and afterwards found themselves permanently exiled from society. 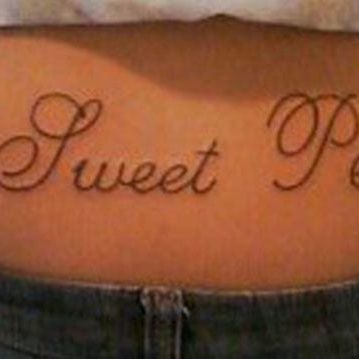 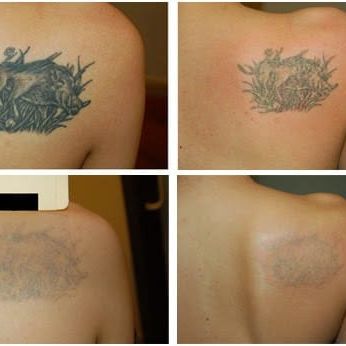 24. The oldest tattooer in the world is a 97 year old Filipina woman

Whang-od Oggay is the world’s oldest living tattooer, born in 1917, she is now 97 years old and has been tattooing for 80 years. She is scheduled to receive a National Treasures Award from the Philippine government for her contribution to the art form.

25. Iranian tattooer “Mohsen Karimi” sentenced to 100 lashes and 6 months in prison for tattooing

Although the artist’s real name is unknown, an Iranian man going by the pseudonym of “Mohsen Karimi” was recently imprisoned and tortured for having taken part in the practice of tattooing. The majority of Karimi’s clients were famous athletes, who were spotted wearing his designs by law enforcement. He was arrested on the charges of: tattooing, tattooing famous people, and posting pictures of tattoos to Facebook. When asked if he plans to stop tattooing, he adamantly insists that he will continue despite the punishment.

Artist Alessandro Bonacorsi tattooed a 32 year businesswoman by the name of Serena Cavani, in a session that lasted for over 60 hours straight. The record breaking session was live streamed for over 2 million viewers around the world.

27. Tattoos can provide therapeutic relief for those with depression and anxiety

Many who have gotten tattooed speak upon how the process itself can provide a healing and therapeutic experience. Perhaps it is the levels of endorphins released into the body from the painful sensation, or maybe it’s the healing power of the art itself.

Read more about how tattoos can help with anxiety and depression

28. Tattoos can help you feel body-positive!

While many people get tattoos to decorate the body, others use them as a way to transform parts of themselves that cause insecurity. Women who have been subject to mastectomies can now have realistic 3D nipples tattooed, helping to ease them into the difficult transition. Men and women whose bodies are scarred from self-injury have also found solace in tattooing, as it can cover up the painful reminders of the past.

Tattoos used to be viewed by some medical professionals as a form of mental illness, but now they have found a place in clinical settings. It has been suggested throughout the therapeutic community that mental health practitioners use their patient’s tattoos as opportunities to explore core aspects of self-identity, and help to further treatment.

Thanks to innovations in the realm of tattooing, not only can people get memorial tattoos to honor the ones they’ve loved and lost, but they can even include their ashes in the ink. For many this has provided a deep sense of connectedness after a difficult loss. 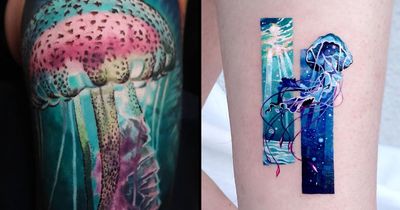 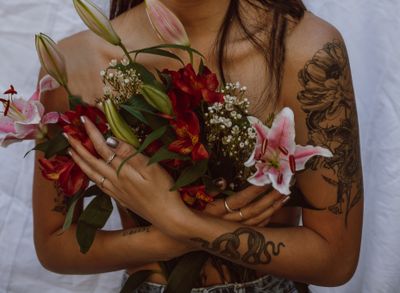