Payasas, lush roses, Virgin Mary’s, and intricate rosaries may be the first things to come to mind when one thinks of Chicano tattoos. And although it’s true that these are some of the staples of the style, this particular faction of tattooing has a depth like few others. From the history of Los Angeles to ancient Aztec artifacts, and even Roman Catholic iconography, this guide to Chicano tattooing looks not only at the historical roots, stylistic and cultural references, but the artists who have mastered the craft as well.

The Historical Roots of Chicano Tattooing

Smooth tones of grey highlight the illustrative approach to much of the Chicano tattoo movement. Considering its roots in pencil and ballpoint pen drawings, it’s no wonder that stylistically the artworks blend those techniques with an incredibly rich culture background. While many people are familiar with the works of Frida Kahlo and Diego Rivera, other artists such as Jesus Helguera, María Izquierdo, and David Alfaro Siqueiros were also at the forefront of the Mexican artistic output. Their work, along with other South American artists, mainly focused on depictions of political strife, familial representations, and illustrations of daily life. Although these works may seem like a far cry from that of modern Chicano tattoo artwork, the figurative studies and illustrative approaches that blend realism with surrealism partly explain why much of contemporary Chicano art has the particular look it’s known for.

As with many art movements, aesthetics and techniques can be borrowed, but what is particular with this tattooing style is the culture and past behind it; Chicano artists have a powerful philosophical and political heritage. With a history that includes such radicals as Francisco Madero and Emiliano Zapata, it’s no wonder that from the Mexican Revolution to the Pachuco culture of the early 1940’s, and beyond, there was a huge influence from sociopolitical artworks and actions into modern Chicano tattooing. Even earlier than the ‘40’s, when Mexican American youth, and other minority cultures were using Zoot Suits to express their dissatisfaction with conventional American politics and policies, artistic stylistic expression was often used as an effective tool. Murals have also often been used in a dialectic conversation about civics and government.

The Culture References in Chicano Tattooing

The reason why much of Chicano tattoo style feels so personal, is that it is. Migrants who worked their way up from Mexico to parts of Texas and California were forced into the edges of society due to rampant racism, classism, and discrimination. While this caused an intense amount of struggle for the migrant population, it also meant that their culture was guarded and healthily preserved through the generations. When migration peaked from the 1920’s to the 1940’s, many Chicano youths fought against the status quo. In 1943, this finally culminated in the Zoot Suit Riots, sparked by the death of a young Latino man in Los Angeles. This may seem inconsequential to the background of Chicano tattoo style, but it was not the first time, nor the last, that expression of the culture would be suppressed. It’s no secret that much of this conflict led the way to arrests that were often a byproduct of xenophobic societal force on migrant peoples. This political turn would go on to directly influence Chicano aesthetic in undeniable ways.

After the decline of the Pachuco subculture, life in Los Angeles evolved. Kids were trading in their Zoot Suits for crisp khakis and bandanas, and newly defining what being Chicano meant to their generation. Stylistic approaches emerged that were directly influenced by life behind bars. Using what few materials they had in prison, or barrios dotting the landscape of LA, artists drew inspiration directly from their own life experiences. Scenes from gang life, beautiful women, slick cars with filigree script, and Catholic crosses quickly went from hand drawn illustrations, such as the ballpoint pen decorated handkerchiefs and linens called Paños, to iconic Chicano tattoos. Inmates would use pure ingenuity to piece together a homemade tattoo machine and, using only the black or blue ink they had available to them, depict that which they knew best. Like most people who are enamored with the art of tattooing, this craft was used as a way to own the body, express the self, and show affinity for the things that were held closest.

The intricacies of Chicano tattooing iconography are, in fact, so wrapped up in the history of ethnic turmoil and progressive independence that it may be hard for outsiders to understand. However, it’s such an integral piece of West Coast culture that many of the supporting aspects of the aesthetic have been picked up by mainstream society making it more accessible and widely appreciated. Films like Mi Vida Loca, and underground zine Teen Angels, embody the spirit of a style that may have been built from a violent past, but was a pure product of love and passion. The opening of shops like Good Time Charlie’s Tattooland, and artists like Freddy Negrete, mainstays of the LA Chicano community from the 70’s to today, pushed the aesthetic to the forefront of the tattoo community. Cholas, Payasas, Lowriders, lettering, tears signifying lost ones: all of this and more was a lifestyle depicted in various art forms, including Chicano tattoos. These artworks resonate so deeply with people from the community, because it is directly inspired by their own history, their own story. A testament to the power of these images is that the reach and recognition of this genre continues to grow.

The Iconography of Chicano Tattooing

As with much of tattooing iconography, many of Chicano tattoo design concepts have substantial meaning behind them. Many of these staple designs are interconnected with facets of Chicano culture. Tattoos that depict Lowriders, another mainstay stemming from the late 1940’s and 50’s that pushed against Anglo aesthetics, pit bulls, dice, and decks of cards speak to the Los Angeles lifestyle. Tattoos depicting cholos with their ride or die chola babes are another design that often was mixing an inmates appreciation for car culture with a longing for his lover on the outside. Perhaps Payasas, which is Spanish for ‘clown’, are some of the most well-known images in this style. These portraits, inspired by the dramatic and comedic masks they often look like, allude to the balance of difficulty and happiness of life. The saying, “Smile Now, Cry Later” is also often found accompanying these pieces. Sacred hearts, Virgin Mary’s, Sugar Skulls, praying hands and the like, are all images borrowed from the archives of Roman Catholic symbols and saints; the religion is widely regarded in North America with around 85% of the Mexican population practicing it alone.

Many tattoo artists working within the Chicano tattoo style are themselves a part of the Chicano community. There is the important aspect of retaining and respecting a heritage that makes appropriation difficult; it can be challenging to replicate imagery if the authentic understanding and personal connection isn’t there. However, the designs are so pervasive in tattoo history, that many artists have mastered the aesthetic and help to preserve and spread this essential part of tattoo culture. Chuco Moreno, Freddy Negrete, Chuey Quintanar, and Tamara Santibañez are at the forefront of contemporary Chicano tattooing. As with any artistic movement, each artist may work within the confines of stylistic iconography, while lending to it a more personalized touch. From black and gray realism to graphite-like illustrative, and even Chicano influenced American Traditional, Chicano tattoo style blends many aspects of tattooing culture in a beautiful array of methods and visuals. Other artists with highly defined personal styles include Freddy Negret, Mister Cartoon, El Whyner, Panchos Placas, Javier DeLuna, Jason Ochoa, and Jose Araujo Martinez. Although many of these tattoo artists do not strictly stick to one style or another, it’s evident that each has an appreciation for their own culture and experience. It’s clearly reflected within their highly esteemed work.

It’s hard to think of Chicano tattooing without all of the historical, political, and philosophical connotations. Much of the history and socio political artwork that has been made in the past continues to be shockingly relevant today. But that’s part of what makes the style so awe inspiring. The culture has been perfectly expressed through this artistic form, and continues to influence people the world over.

By Justine Morrow
Need help finding a tattoo artist for your idea?
Get Started 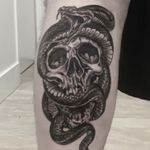 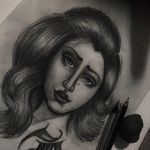 See the Best Chicano Tattoos of 2022

The 16 Most Trending Chicano Tattoos 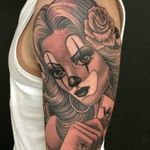 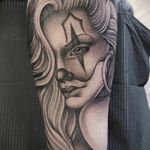 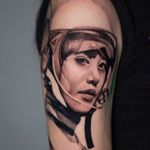 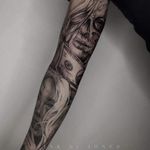 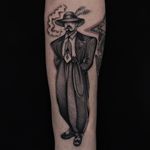 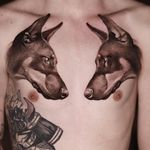 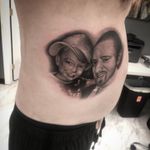 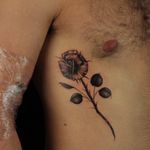 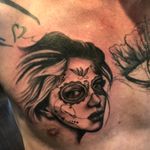 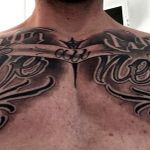 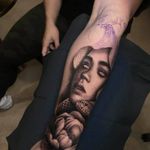 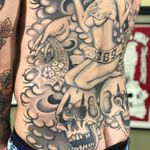 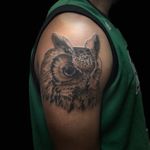 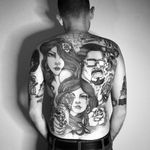 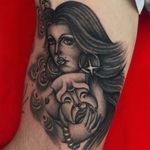 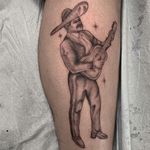